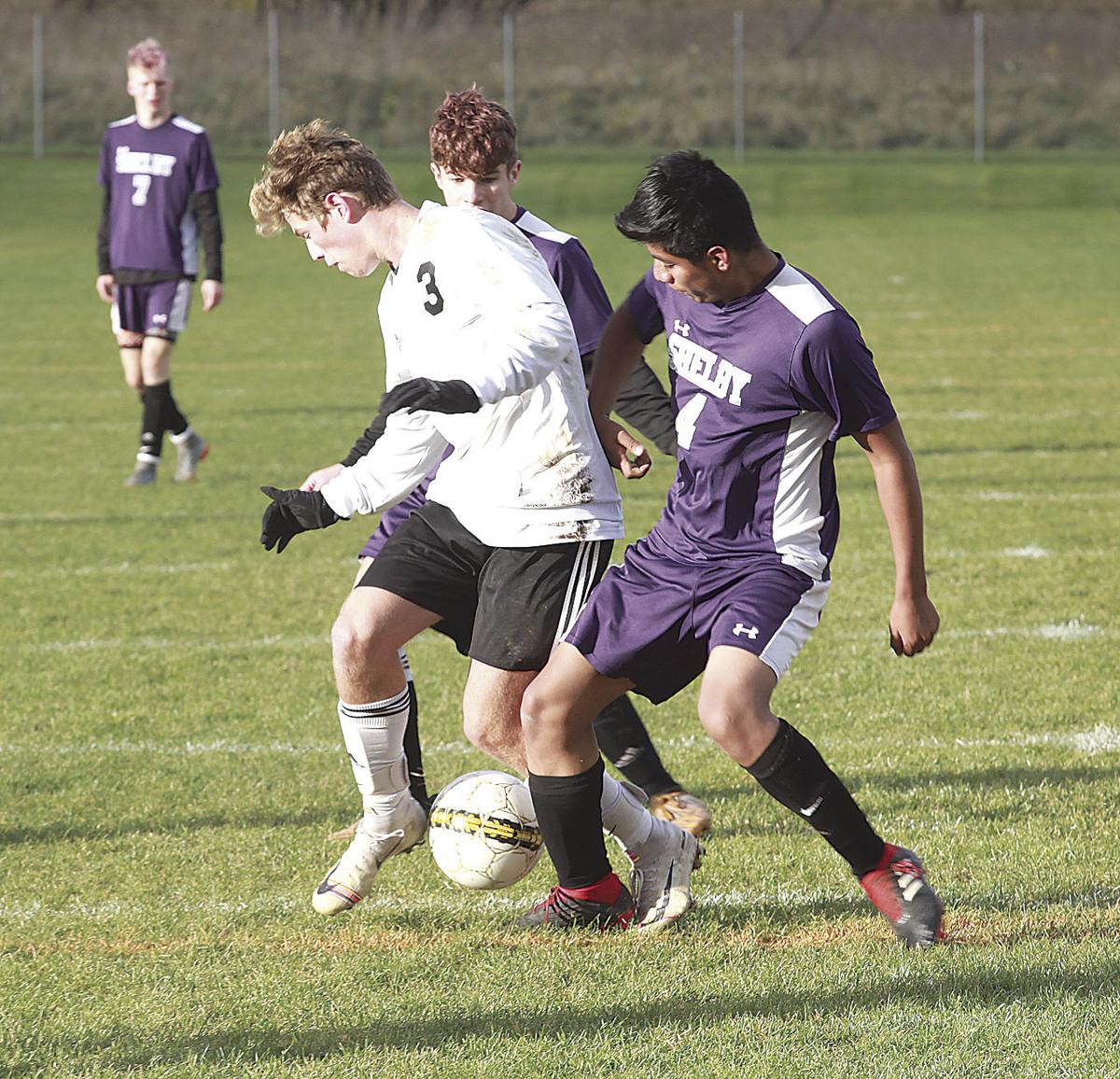 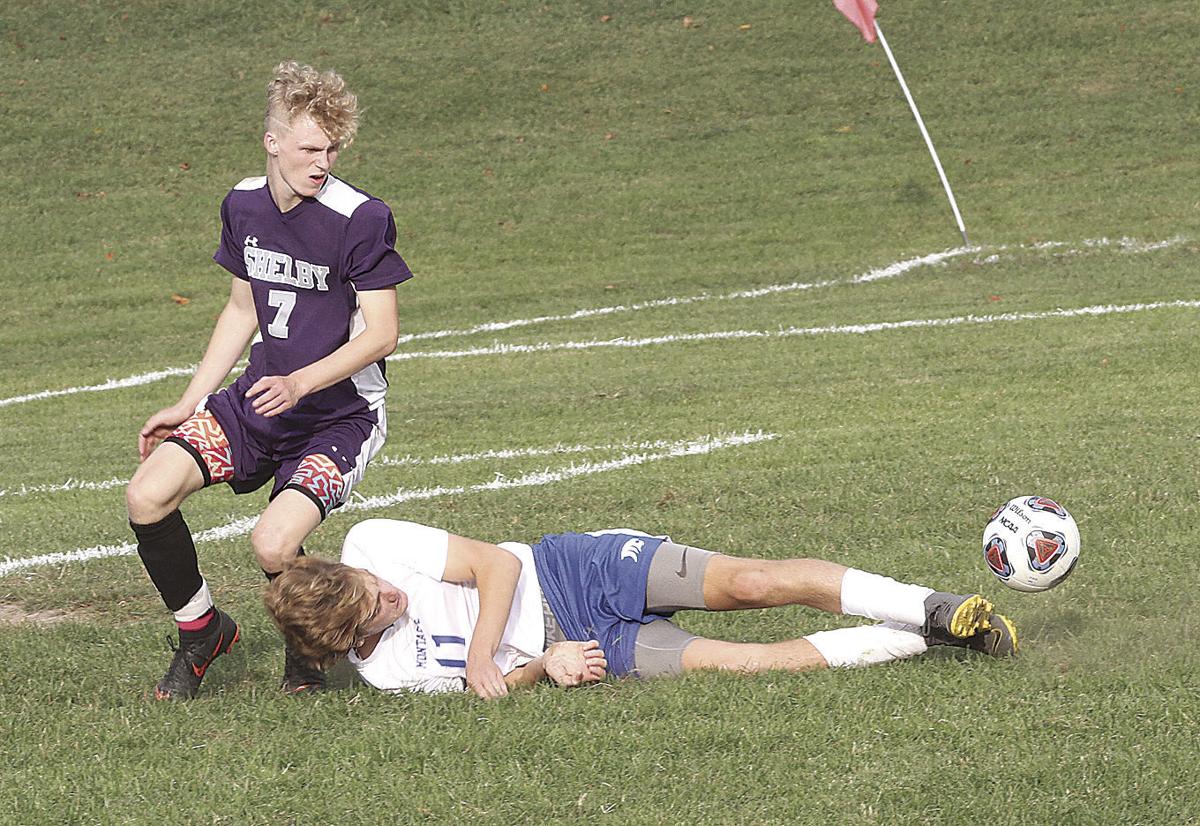 Shelby’s Layton Jennings (left) looks back at the ball after colliding with a Montague player during a game this season. Jennings earned all-WMC and all-state recognition. 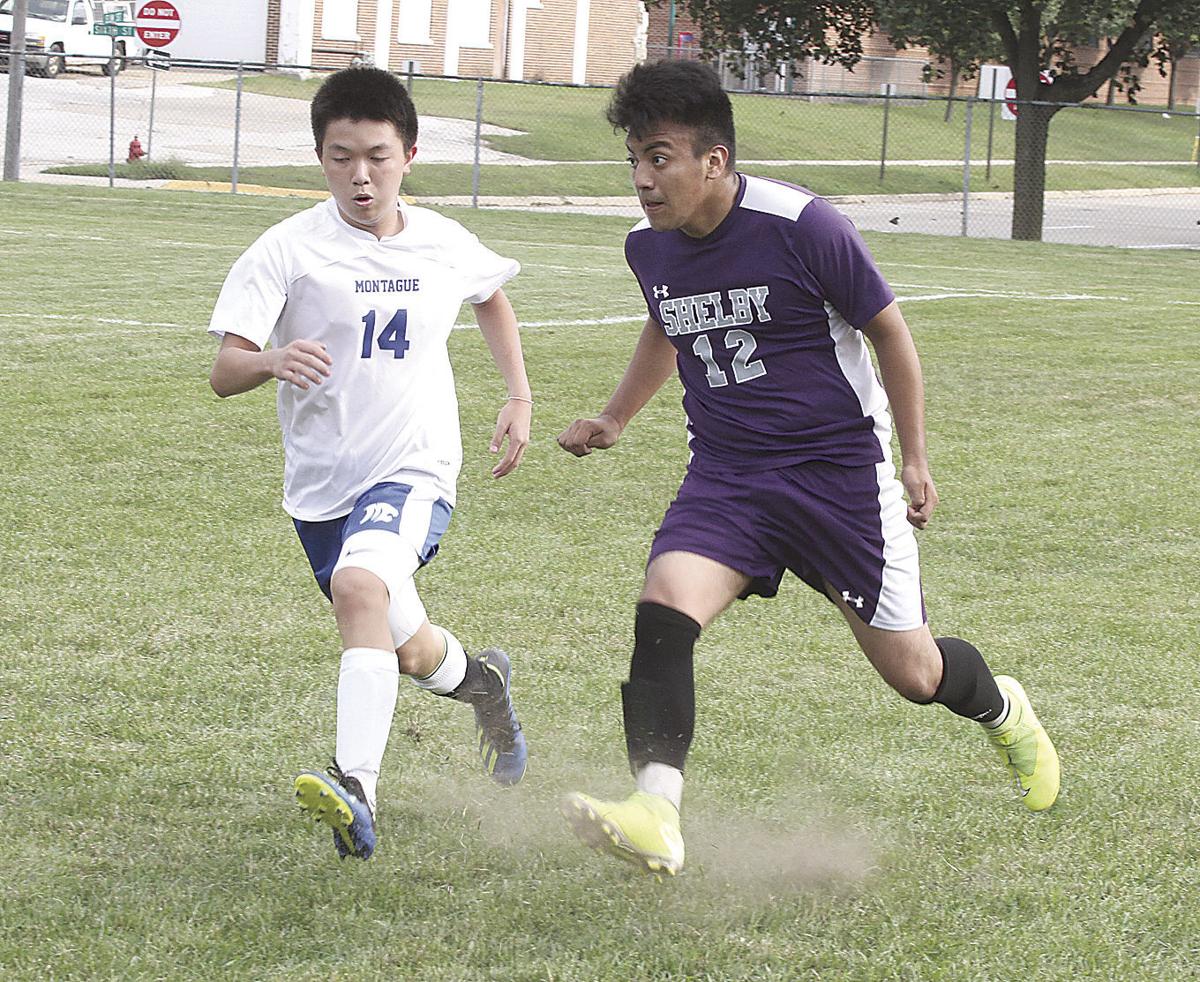 Shelby’s Layton Jennings (left) looks back at the ball after colliding with a Montague player during a game this season. Jennings earned all-WMC and all-state recognition.

It was a decorated year for Shelby soccer as five players earned all-West Michigan Conference recognition, and two of them received an all-state nod. Hart added an additional all-WMC player.

The Tigers were led by Brian Garcia and Layton Jennings, who each received an all-state level nod in addition to the all-WMC honors.

Garcia paced an effective Shelby defense. Coach Jairo Coronado said Garcia stopped dozens of plays over the course of the year that otherwise might have resulted in goals for the opponent. He was an extremely effective one-on-one defender during the season.

“He is one the best players I have seen,” Coronado said of Garcia. “He knows how to follow each play; when he notices his outside defenders need his help, he slides a bit to that side to be ready and one step ahead of everyone else, so he is able to stop the plays. When he notices a gap in front of him is open, he fills the gap if needed. Not only he defends very well, but he starts his team’s offensive plays.”

“He is hard to read, so it makes it even harder for other teams to mark him,” Coronado said of Jennings. “He has scored many different type of goals; free kicks, shots from outside the box, dribbles and goes around defenders and scores, from the left, right, and center, and penalty kicks.Not only he can score goals, but he is great at assisting.”

Luis Garcia joined Brian in the defensive backfield, on the left side. Coronado said Luis’ best attribute was his ability to make the right decision. He said the coaches counted only five times all year that he made the wrong pass.

“His positioning is great; he reads the play and opposite players very well and knows when to contain and when to just go after the player and put pressure on him,” Coronado said.

Joseph Hayes, a center mid, also earned kudos for his talent and soccer smarts. He recorded 13 assists and scored three goals, and Coronado said that Hayes also had several ‘hockey assists’; that is, a goal’s assister often got the ball from Hayes prior to making the final pass.

“His vision of the field is incredible; he knows when and how to make a short or long pass based on the play,” Coronado said of Hayes. “He switches the play as needed and is able to recognize the needs of the team.”

Diego Gonzalez was Shelby’s final all-WMC player; like Brian Garcia and Jennings, he was also named all-district. Gonzalez was a center mid like Hayes. Coronado credited him with great passing.

“He knows when and where to make the passes to,” Coronado said. “He reads the plays and players very well and knows when to go up with the offensive players and when to come back to help on defense.”

In addition to the five Tigers, Rigo Rangel was named first team all-WMC for Hart after pacing the Pirates’ offense throughout the season. David Knobel also received an all-district honor alongside Rangel.

Cloudy with snow showers mainly during the morning. High 26F. Winds N at 10 to 20 mph. Chance of snow 60%. Snow accumulations less than one inch.