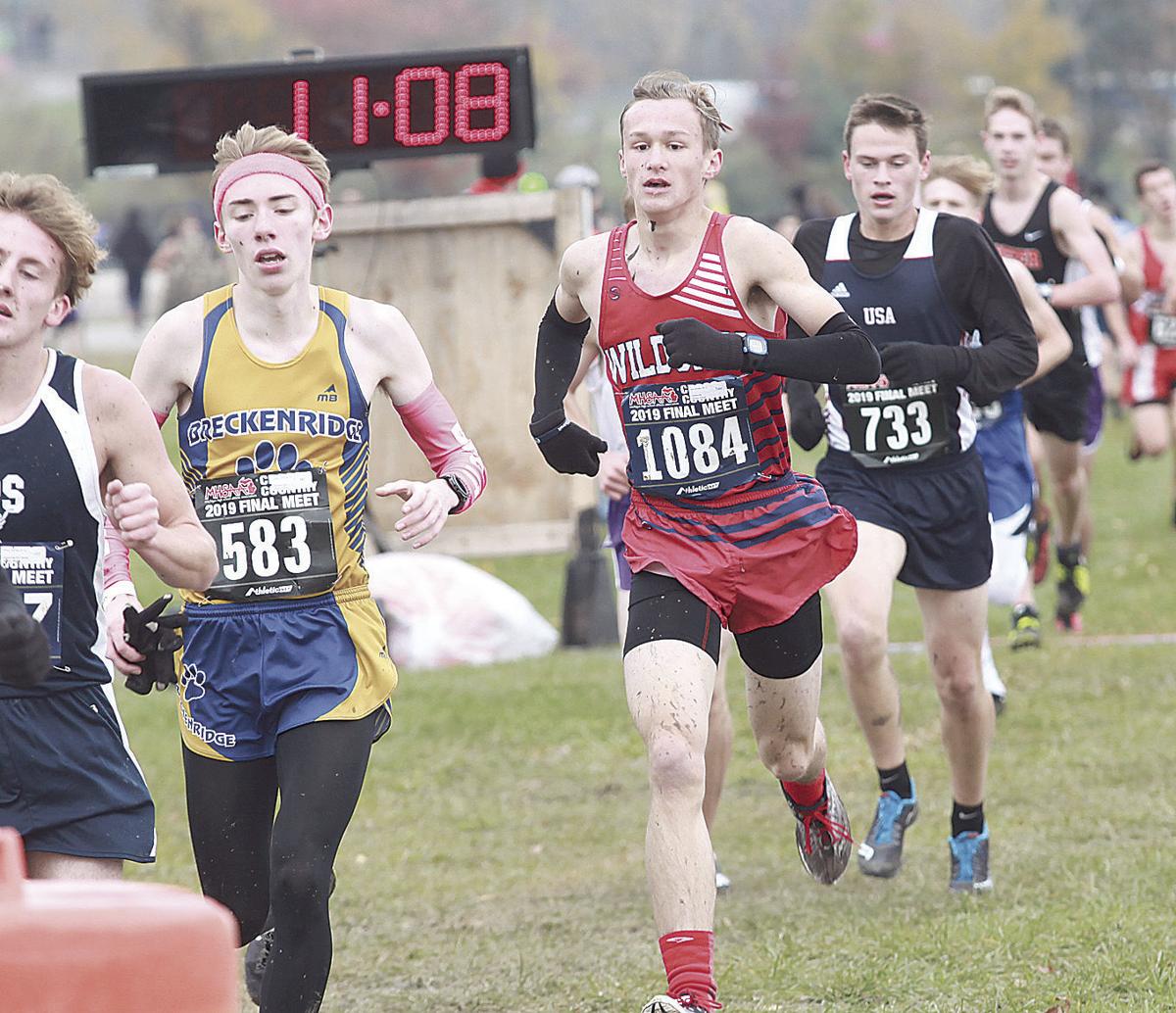 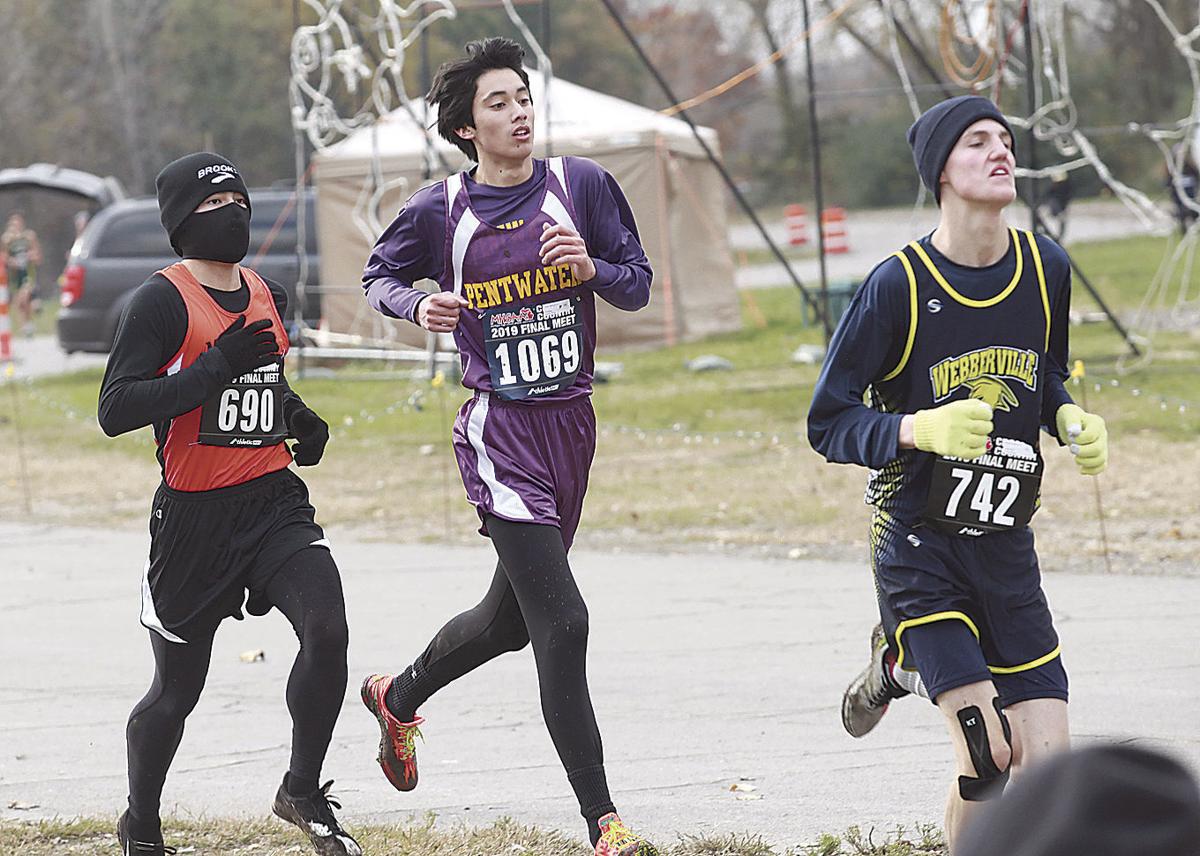 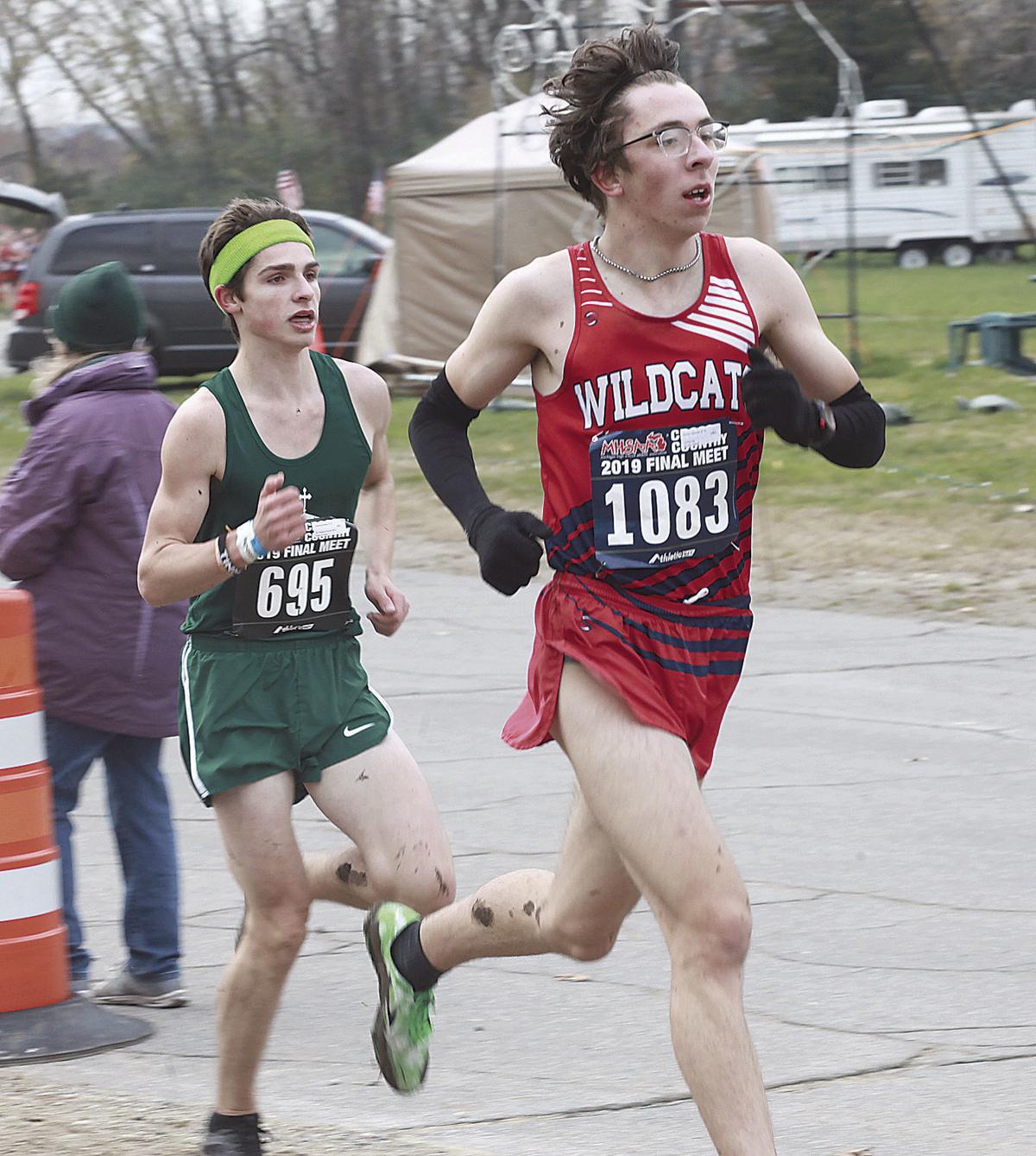 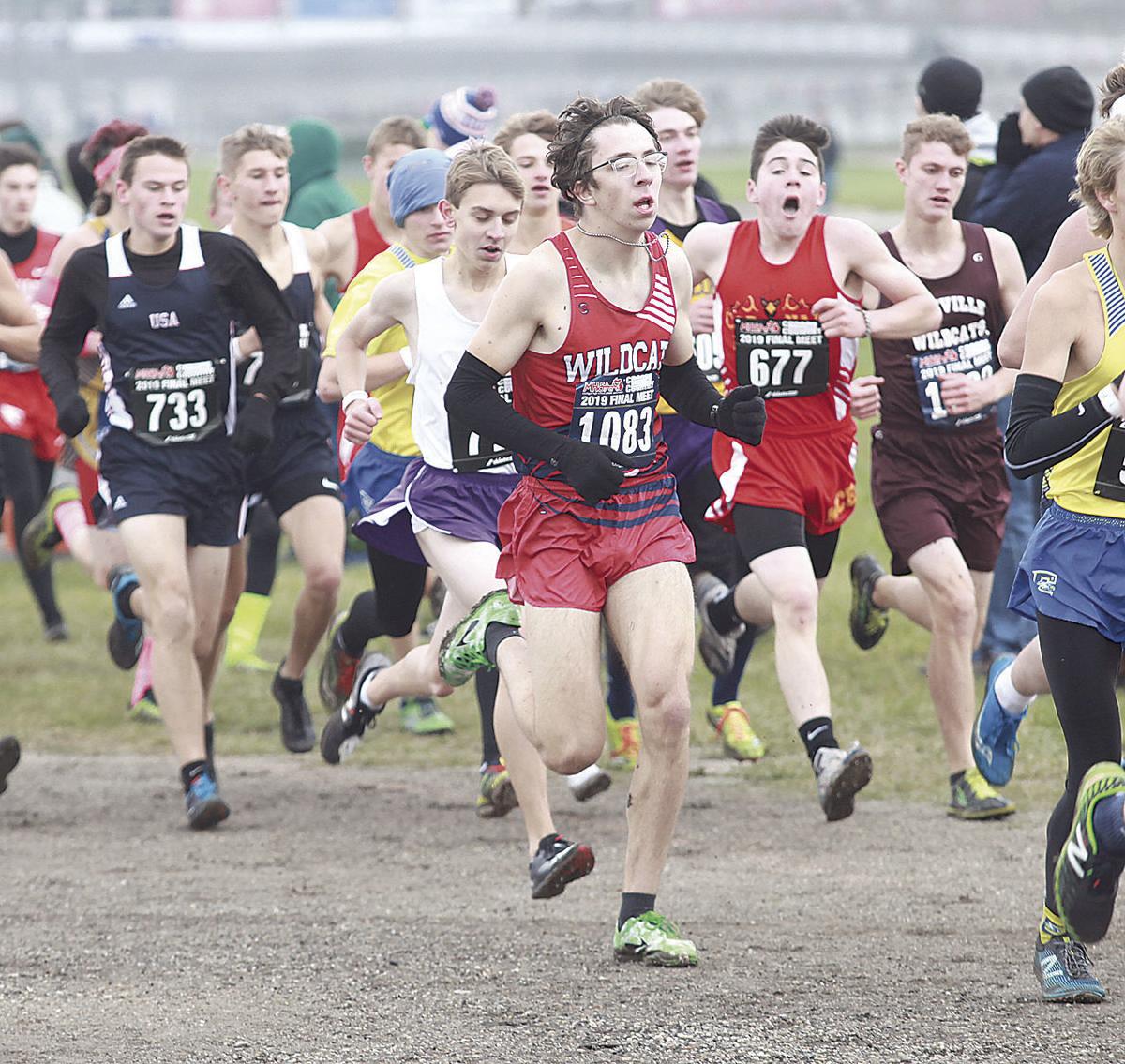 Walkerville's Shane Achterhof (center) works his way towards the front of the pack during Saturday's Division 4 state finals meet at Michigan International Speedway. Achterhof finished seventh to finish his career as a three-time all-state runner.

Walkerville's Shane Achterhof (center) works his way towards the front of the pack during Saturday's Division 4 state finals meet at Michigan International Speedway. Achterhof finished seventh to finish his career as a three-time all-state runner.

BROOKLYN — Walkerville runners Shane Achterhof and Alex Sheehy each earned all-state again Saturday at the Division 4 state cross-country meet at Michigan International Speedway, the second year in a row each have accomplished the feat.

“Shane and Alex have trained hard this season,” Wildcats’ coach Michelle Sweet said. “I went to MIS expecting to come home with repeat All-Staters, and my boys delivered.”

For Achterhof, who finished in seventh place, it was the third straight all-state honor to conclude his high school career, and in fact his third straight finish in the top seven. He placed fifth as a sophomore in 2017 and was seventh last year and on Saturday.

Despite the impressive showing, and a time of 16:44.7, the senior felt he had “an off race”, mostly because of the muddy conditions.

“I’m not a tough-course runner,” Achterhof said. “I do better with just easy courses.”

Achterhof was the highest-placing senior in the field, with everyone in front of him a sophomore or a junior. Mason Sumner of Breckenridge, the person Achterhof had had his eyes on beating all year, impressively won the race by nine seconds, finishing at 16:07.5.

Although the result wasn’t what the Wildcat had hoped for — a state title had appeared to be on the table when the season began — ending at the elite level of three-time all-state runner was an accomplishment.

“It’s not a failure,” Achterhof said. “I’m happy I got all-state. All-state is all-state. I’m happy.”

Sheehy dropped a spot from last season, when he was 29th, but slipped in with the 30th and final all-state position, earning a time of 17:23.4. He too said the muddy conditions were a disadvantage for him, but he powered through.

“It was a little iffy, but I feel like I did good,” Sheehy said. “Not as good as last year, but the course is kind of different from last year.”

Sheehy, a junior, will have a chance next fall to join Achterhof as a three-time all-state runner. The two have been atop Wildcats’ cross-country the past two seasons, and Sheehy said their joint training has benefited him.

“He’s helped me improve a lot,” Sheehy said of Achterhof. “Not having him would probably have me in a lot rougher shape. Training alone is kind of a mental thing, and it’s pretty hard to, but having him there helps a lot.”

Sheehy added that he was pleased for his all-state teammate being able to close out his varsity career on a high note.

“Especially in his senior year, his last year, I wanted to make sure it was a moment to remember,” Sheehy said. “It feels really good to do that.”

Achterhof said that he hopes he leaves a mindset at Walkerville that success is achievable for any runner that works hard enough.

“A mindset that all-state, getting faster, training hard, winning, it’s possible, and everyone should be confident they can do that,” Achterhof said.

“I’m hoping to continue that with everyone else,” Sheehy added. “It just made (the program) even better than what it was.”