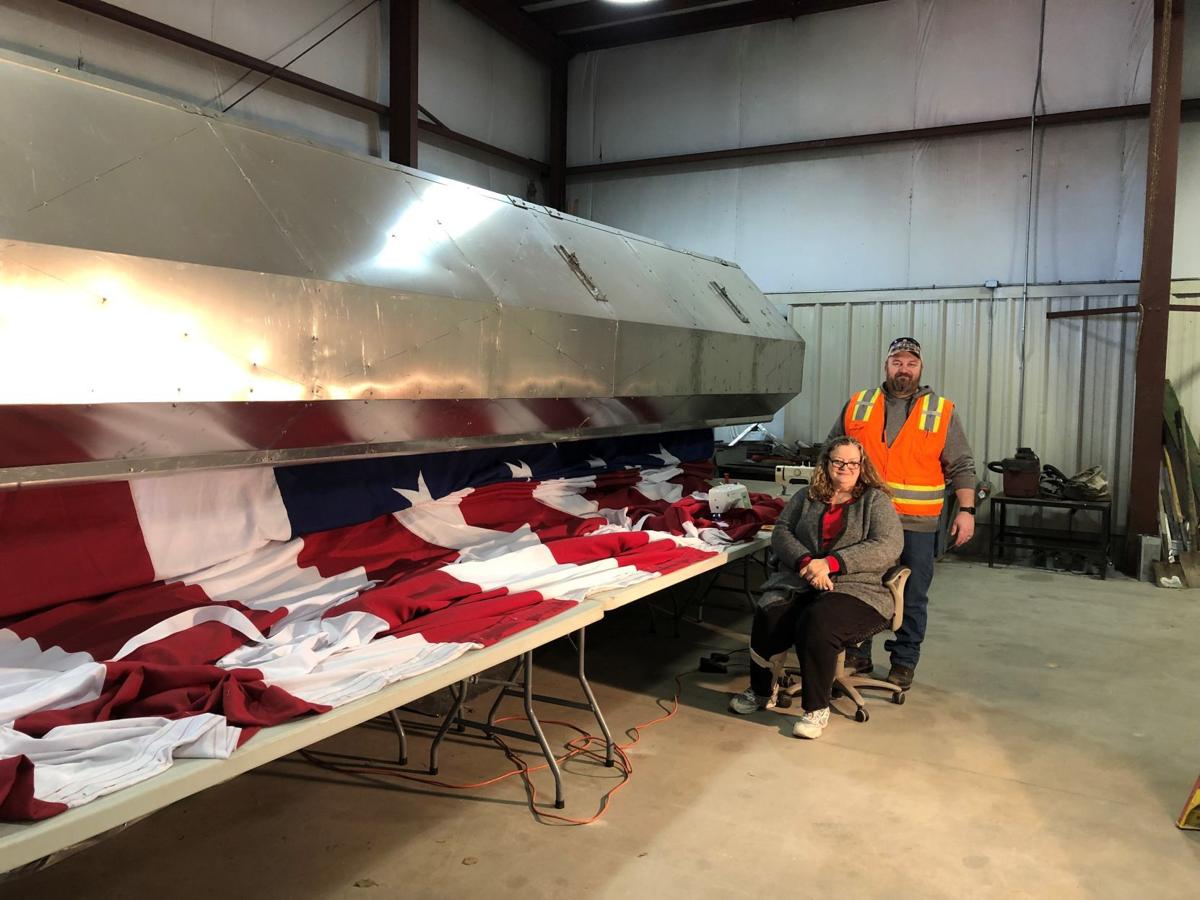 Mackinac Bridge Authority Maintenance Supervisor Ned McLennan and his mother, Patti, with the bridge's new American flag reel. He oversaw design and fabrication of the device, while she reinforced the hem of the flag. 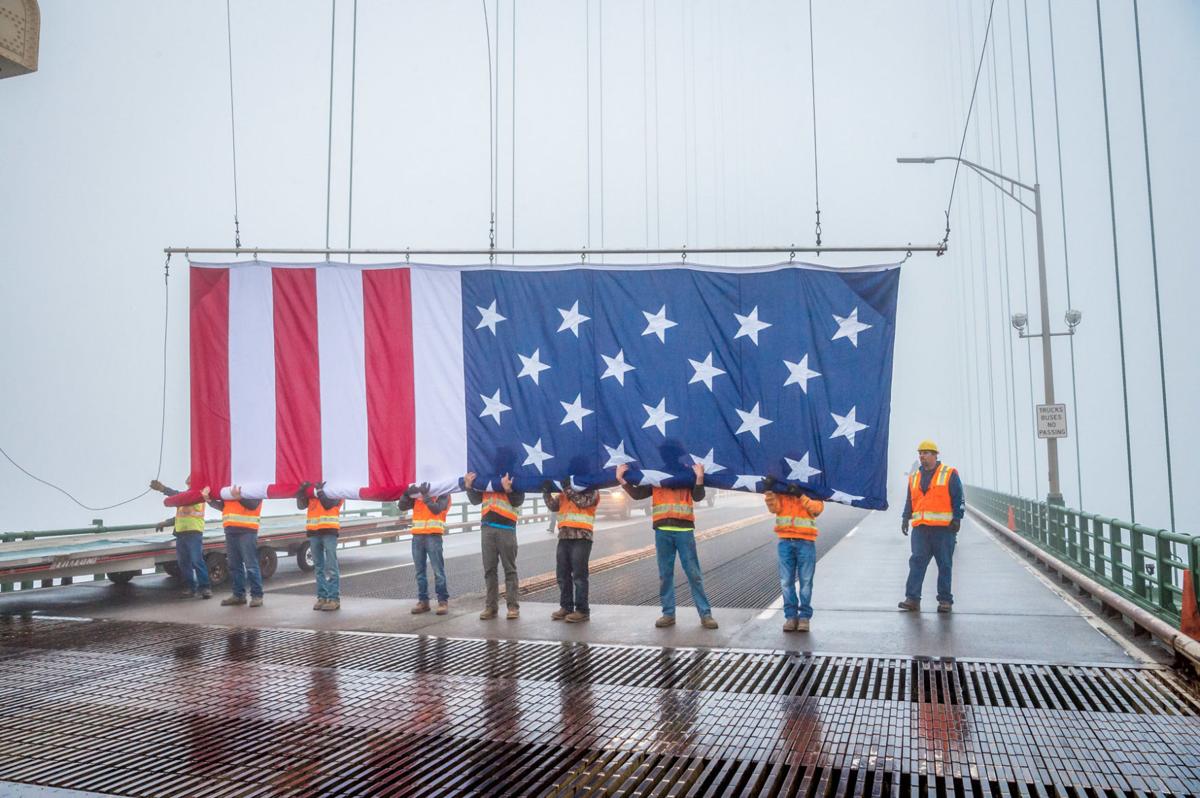 American Flag for Momorial Day on the Mackinac Bridge.

Mackinac Bridge Authority Maintenance Supervisor Ned McLennan and his mother, Patti, with the bridge's new American flag reel. He oversaw design and fabrication of the device, while she reinforced the hem of the flag.

American Flag for Momorial Day on the Mackinac Bridge.

July 2, 2019 -- A typical United States flag takes care and attention for display and storage. When that flag is 30 feet tall by 60 feet long, hung from the tower of the Mackinac Bridge, it's even tougher.

This Thursday, when the maintenance staff of the Mackinac Bridge Authority (MBA) plan to fly the flag from the north tower for Independence Day, most of the work is expected to be done with an ingenious new reel designed and built in-house.

MBA Maintenance Supervisor Ned McLennan has led the effort to hang the flag from the bridge towers when weather permits. Purchased in 2016 and first flown from the bridge's south tower on Memorial Day 2017, the flag is displayed on six holidays each year: Memorial Day, Flag Day, the Fourth of July, Labor Day, Patriots Day, and Veterans Day.

Hanging the flag required stopping traffic and roughly a dozen staff to unroll it as it was hoisted beneath the tower. Removing it each time took about the same time and effort, also delaying traffic during the process.

"Our previous MBA Chairman Bill Gnodtke said to me one day, 'Too bad we couldn't make a device that could lower and raise the flag,'" McLennan said. "I thought, 'I think we can.'"

McLennan took the challenge to his staff, who began devising a way to store the flag similar to a roll-up window curtain and lower it using a remote control, making it safer for staff and requiring only one person to operate. Its use doesn't require bridge traffic to stop.

The device, which is roughly 36 feet long and 5 feet in diameter, also stores the flag and protects it from the elements when not in use. McLennan investigated and found that rolling large flags for storage is acceptable by flag etiquette standards.

Crews worked on the device sporadically over the past two years, fitting it in between the year-round maintenance of the bridge.

"Although we love doing it, the bridge work comes first," McLennan said. "The hardest part of it has been trying to think of all the potential problems and develop solutions. From installation to operation we have brainstormed many times to try and think of everything."

McLennan's mother, Patti, was brought in for some specialized help outside of the skill set of the maintenance staff.

"My mother is a seamstress and we needed someone to reinforce the bottom of the flag," McLennan said. "She volunteered her time to come be a part of it all."

The maintenance staff painted the device, matching the iconic ivory of the bridge towers. Installation on the tower took several days of calm weather to complete.

Snow during the morning will transition to snow showers during the afternoon. High around 35F. SE winds shifting to W at 15 to 25 mph. Chance of snow 100%. 3 to 5 inches of snow expected.