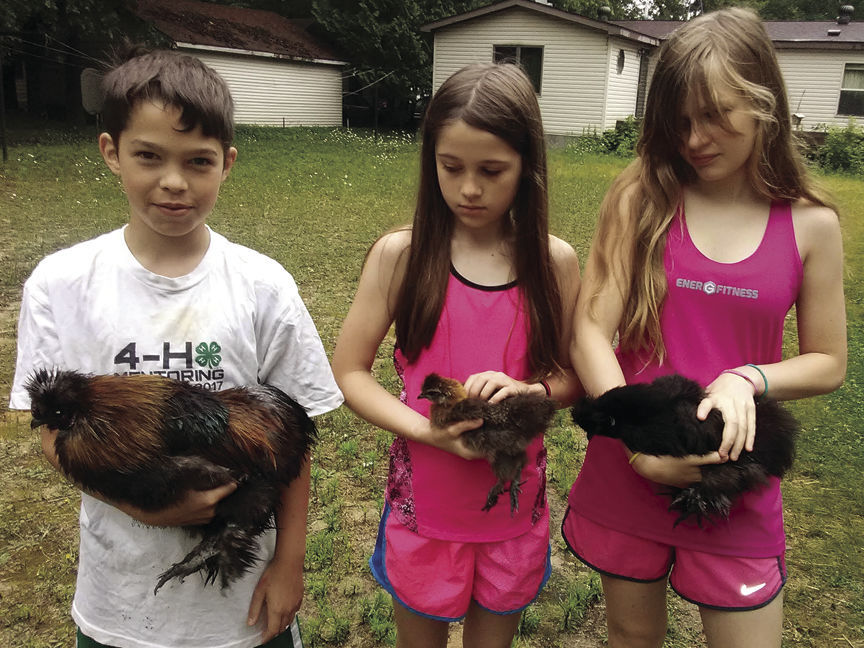 From left, Henry, Addison and Mia Malburg from the Green Clovers 4-H Club show their Silkie chickens. The Malburg family participated in a virtual animal exhibit the Mason County 4-H put on in partnership with the Mason County District Library. 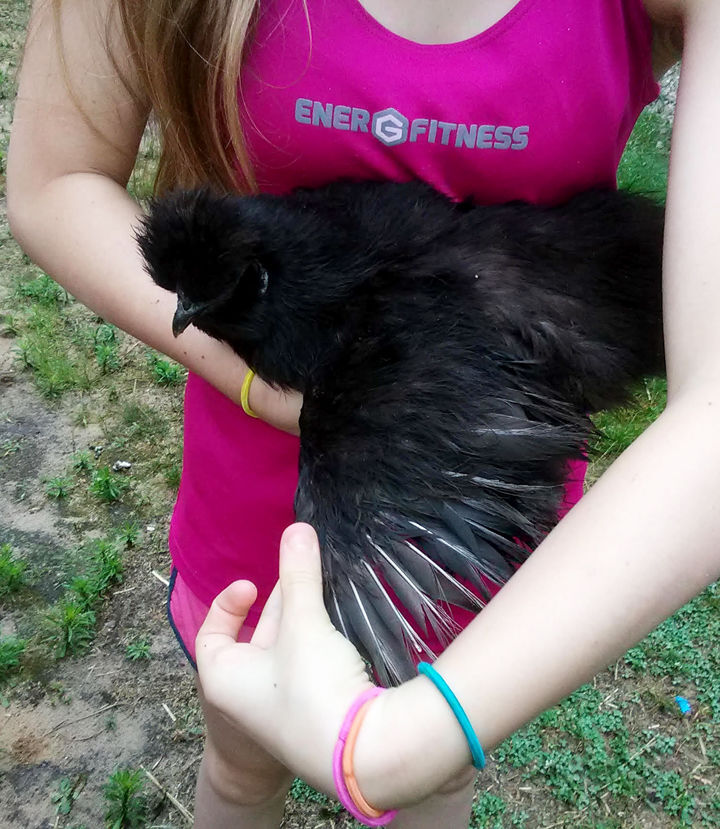 From left, Henry, Addison and Mia Malburg from the Green Clovers 4-H Club show their Silkie chickens. The Malburg family participated in a virtual animal exhibit the Mason County 4-H put on in partnership with the Mason County District Library.

Nine youth re-enrolled from the previous year and six hadn’t participated for at least two years, according to James Kelly, MSUE district director.

“We do see youth come back, but not usually in these numbers,” said Aaron Myers, the Mason County 4-H coordinator.

Myers credited the increase partly to the resources the 4-H provides that can entertain youth during the COVID-19 pandemic and partly to the kids wanting to get involved again.

Kelly said it also had to do with the new programs the Mason County 4-H implemented before the pandemic.

He also implemented a permanent club he worked on for a year, “4-H League of Clovers Gaming Society and E-Sports Team,” for youth interested in gaming.

“After consulting Backstage Hobbies & Games (in Ludington), we put together a club for youth interested in gaming. I know I had an interest (in games) as a kid,” Meyers said. “(The youth) can play the games and explore their interests in a 4-H environment.”

The club members play games like Magic: The Gathering and Dungeons & Dragons. They were able to meet for a month before the pandemic hit.

Since the in-person meetings were canceled in April, Myers started building a “virtual video library,” which is available through the 4-H Facebook page, “Mason County 4-H MSUE.”

The library contains videos Myers has filmed and edited for the youth, such as arts and crafts projects, science experiments and cooking lessons — one of the more popular topics.

“Any follower or member can see the videos. The cookings videos are popular and go over different family traditions,” he said.

The club leaders also give him ideas and tell him the kind of content the kids want.

On June 25, Myers held a virtual video workshop when students learned about how he makes the videos. The eight participants were invited to submit their own videos for a panel of judges to pick the best two films.

As for the animal-focused clubs, Myers said there are videos for those too.

“One of the most viewed videos was on working with horses for the horse projects,” he said.

The only events to take place at this year’s Mason County fair are the livestock show and auction. All other activities were canceled.

The MSU Extension is developing a software that will allow 4-H youth to “show” their animals, crafts and other club-related projects to judges, according to Myers.

“(The extension) is working on putting together a virtual showcase,” he said. “It will be like a virtual state fair. Normally, the youth have a live fair where they are guiding their animals in front of judges. This way, they will do that through photos and videos they submit. They will still demonstrate the body parts and the proper way to care for the animals.”

If the youth members don’t have internet access, leaders submitting the photos or videos on their behalf might be an option, Myers said.

There is no date set for the virtual fair, but it should take place before the end of the summer, he said.

The original date for returning to in-person meetings was set for Sept. 1, but Myers said he couldn’t predict when they will be able to resume gathering.

“There are too many factors to say when we will go back to face-to-face,” he said.

In the meantime, some of the clubs are meeting virtually using video chat applications such as Zoom.

“We are going very strong. We put resources out there and we are keeping everyone as involved as we can,” he said. “It’s exciting to be a part of this new way of presenting 4-H.”