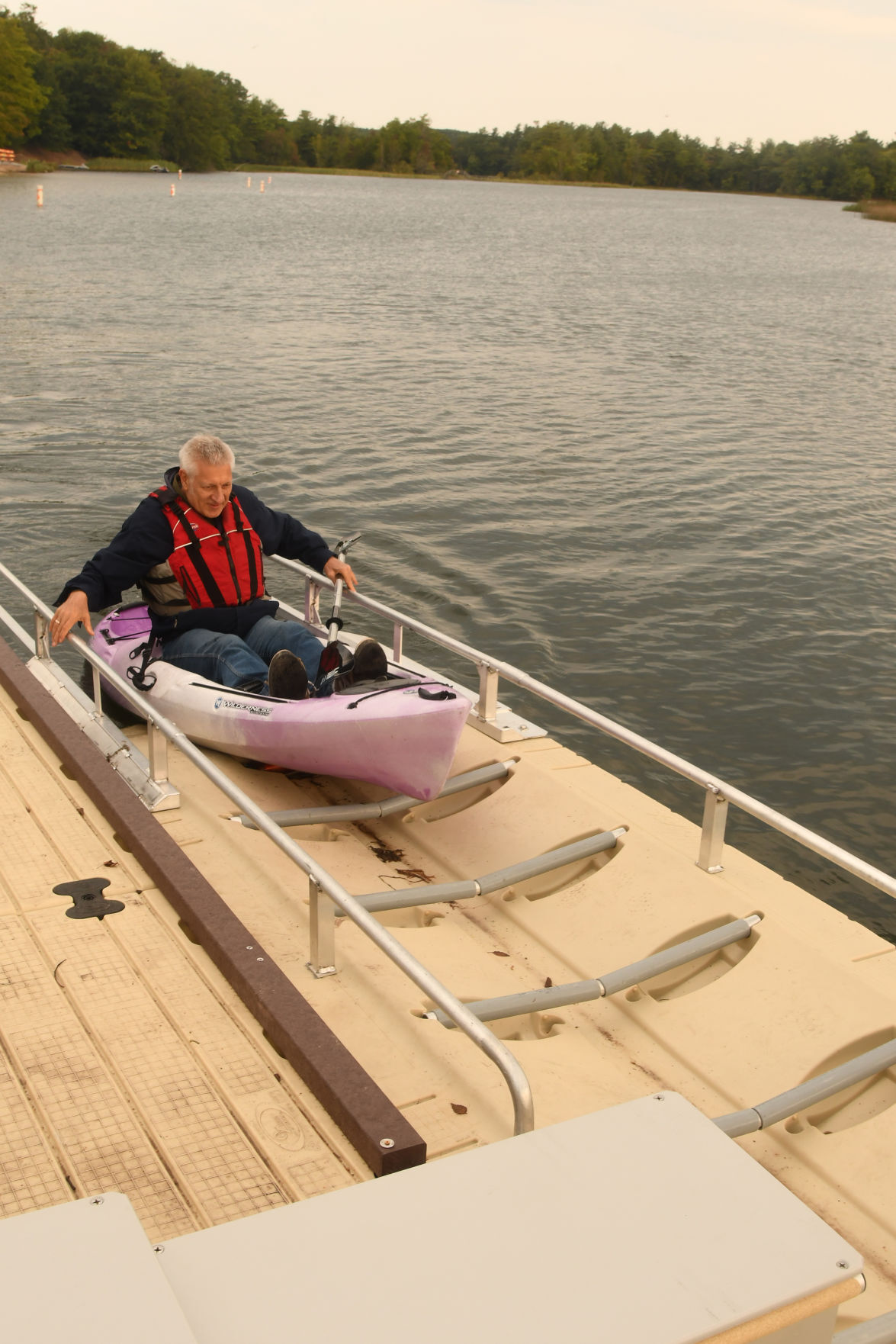 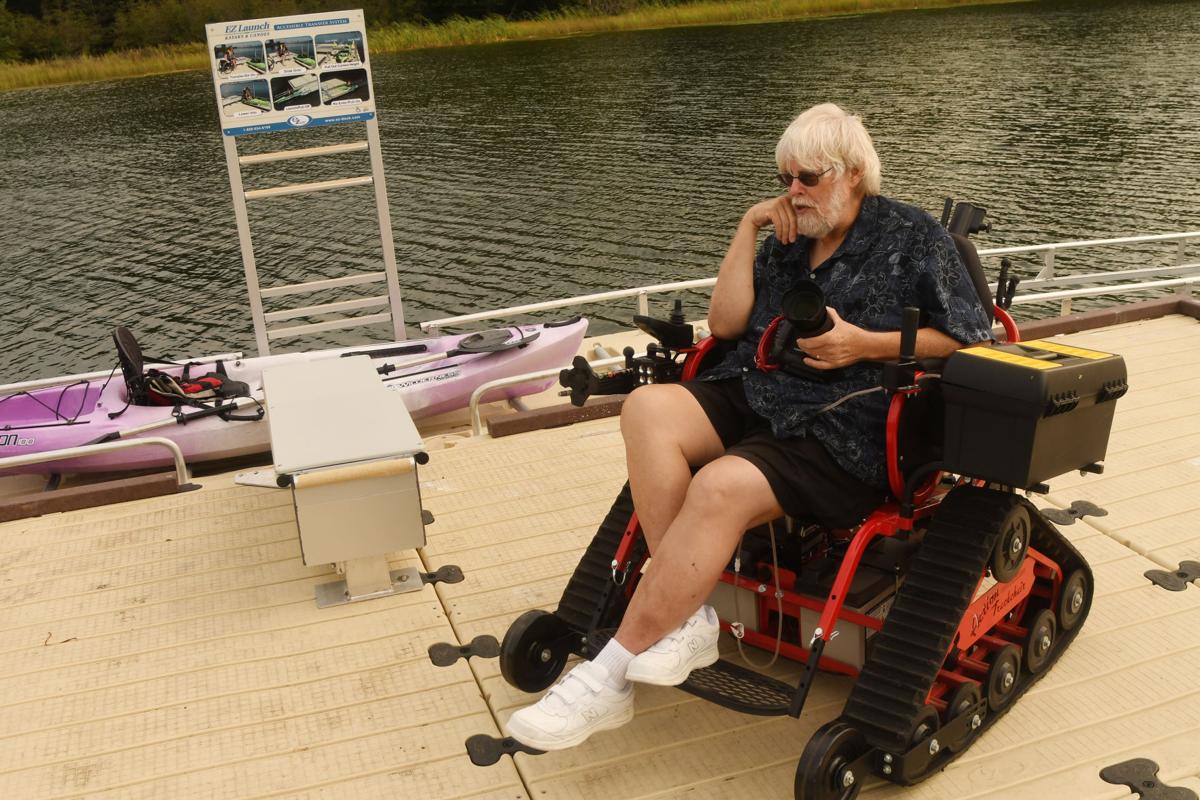 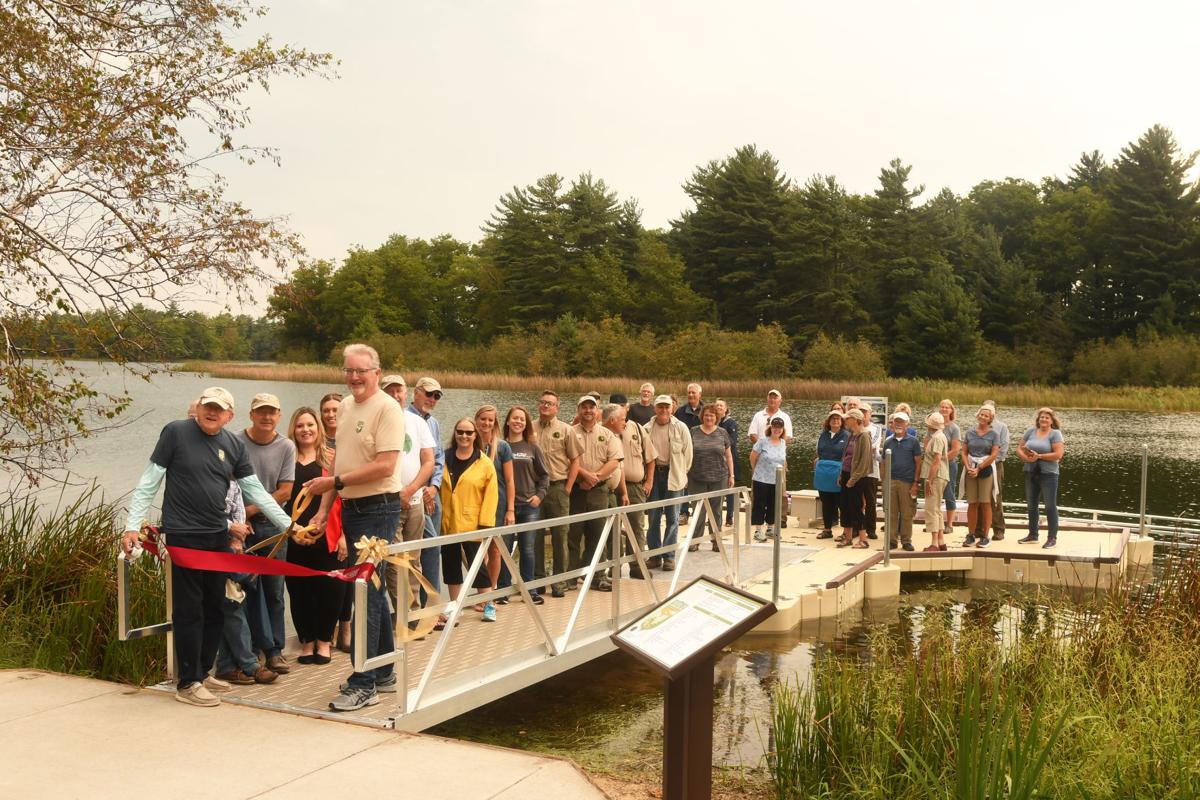 Friends of Ludington State Park cut the ribbon on the new universal access kayak and canoe launch — the first of its type in Mason County — Tuesday morning at the Hamlin Lake beach, Ludington State Park. Cutting the ribbon was Patrick O’Hare, FLSP board member who took the lead on the project, with assistance from Bob Sasin, outgoing FLSP President who is stepping down from that position after many years. O’Hare was elected by the board during a meeting later Tuesday to be FLSP president going forward. Donors and supporters gathered on the launch which was installed in August. Parts of the overall project which includes racks to hold kayaks, eventually a new paddle trail to the north in Hamlin Lake using Lost Lake, too, new signage and work on the existing canoe trail to the south, buoys and a life ring station near the launch, remain to be completed. Donors, including representatives of The Community Foundation for Mason County, Spectrum Health Ludington Hospital Foundation, Ludington and Scottville Area Chamber of Commerce, and many more among the nearly 100 who supported the project stood on the platform during the ribbon cutting.