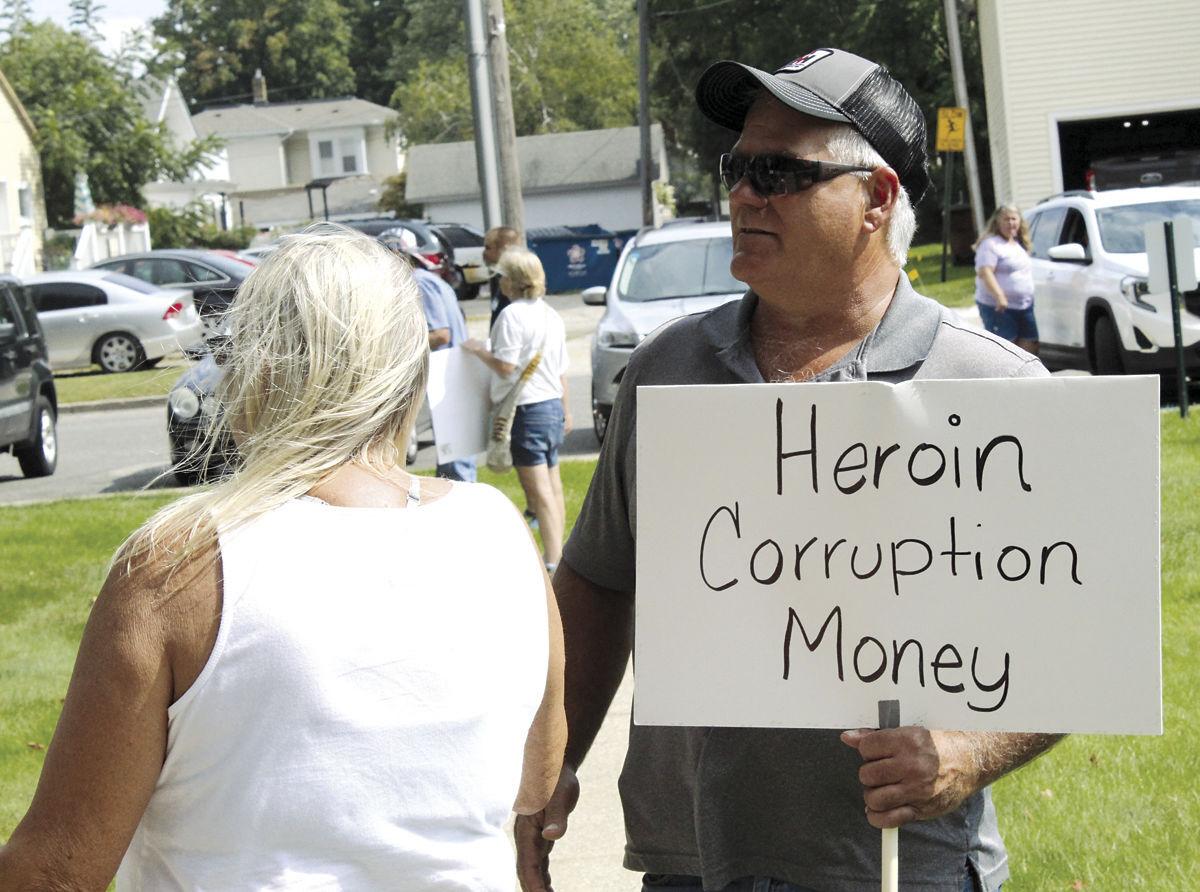 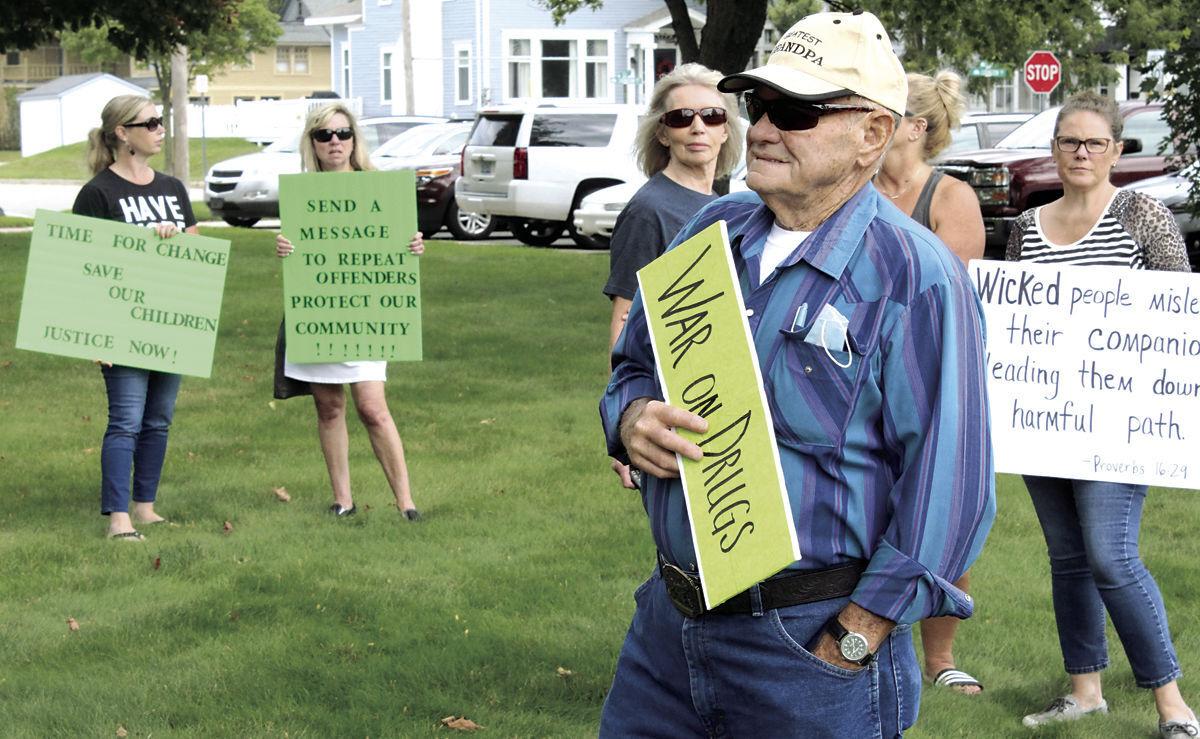 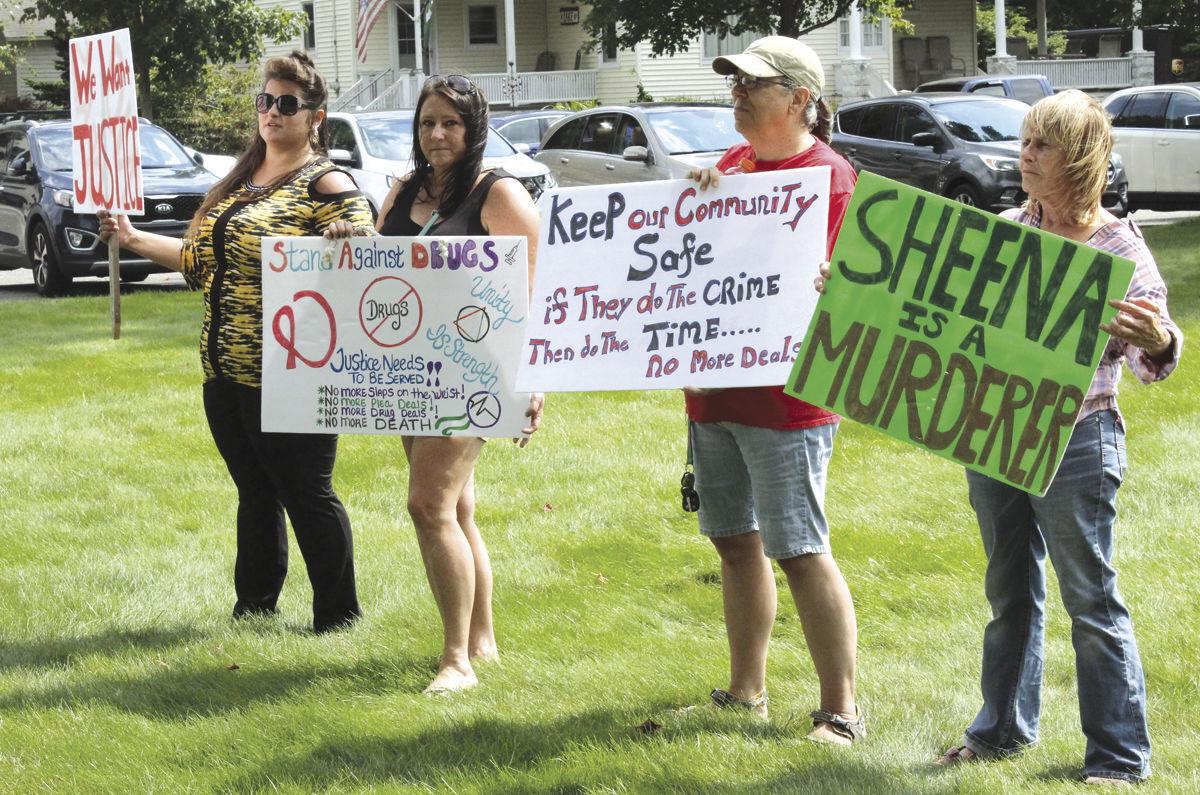 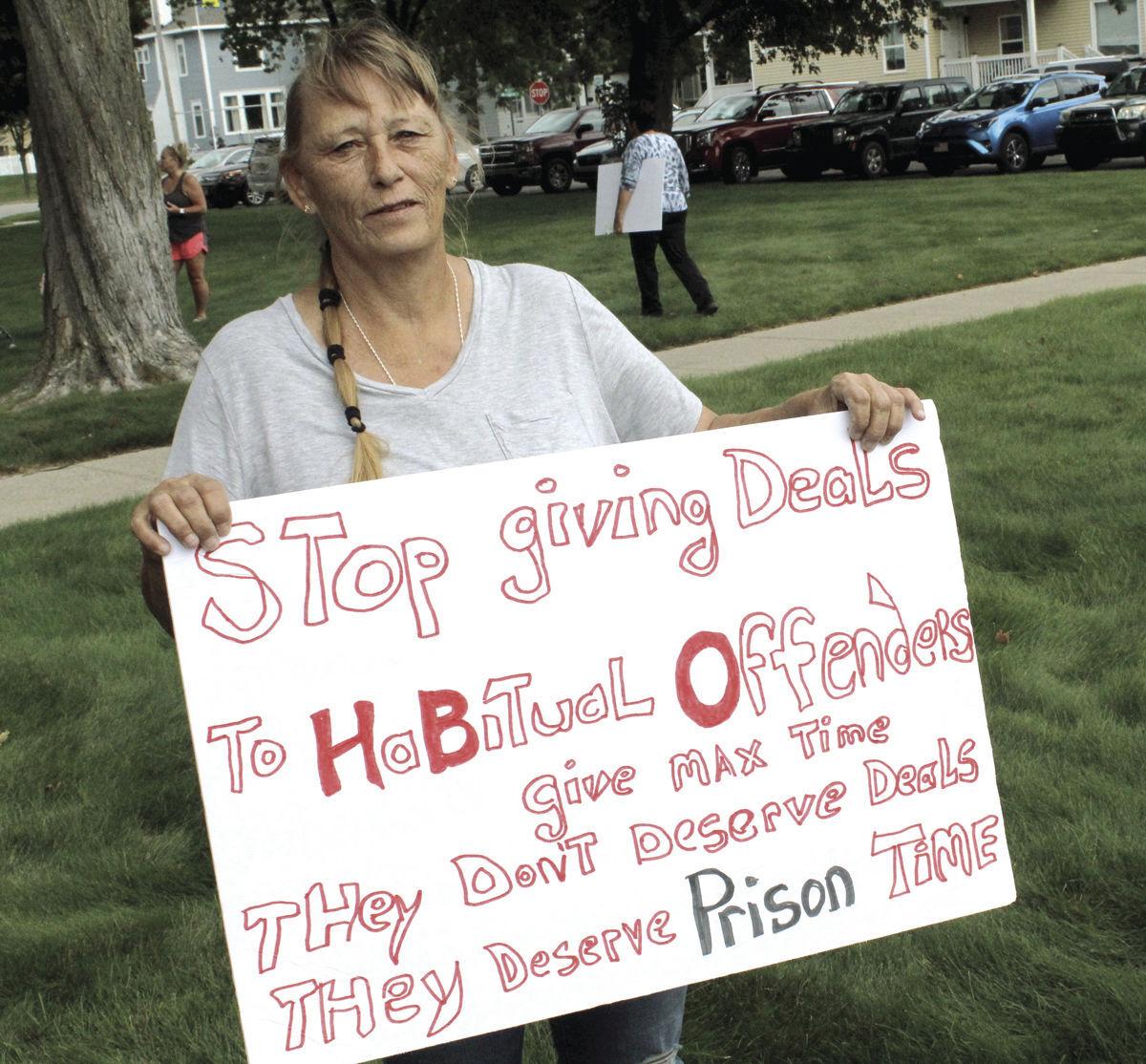 A Ludington woman was sentenced to 18 months to 20 years in prison in 51st Circuit Court Tuesday via video-conferencing because of a protest on the lawn of the Mason County Courthouse.

Sheena Marie Skoog was given the term by Judge Susan K. Sniegowski because she said, “we could not guarantee her safety.”

Skoog was also sentenced as a fourth offense habitual offender.

As court was proceeding, the 25 people outside the courthouse not only sought a lengthy term in Skoog’s case, but for others who are convicted of drug-related offenses.

Signs included, “No plea deals for repeat offenders,” “Correct injustice” and “Time for change — Save our children — Justice now!”

“This county in particular has seemed to be very pro-offender,” Wheatley said. “I’m not saying empathizing is a bad thing, but it is when you know that’s a community risk.”

Many of the protesters singled out Skoog. Skoog was free on bond, but turned herself into the Mason County Jail before the court’s proceedings and so she could appear for her hearing using video-conferencing.

Her attorney, Cory Rickett, told the court that his client was ready to “get this behind her.”

“When I’m not using I’m a different person,” Skoog said.

This is Skoog’s fifth conviction on felony charges according to the court records. She started appearing in circuit court back in 2012. Each time on the charges she received jail time and probation. She was sentenced on Oct. 16, 2012 for uttering and publishing; two different dates in 2016, both times for possession of analogues; Jun 12, 2017 she was sentenced to furnishing contraband to prisoners.

Skoog also has three pending matters in 79th District Court from incidents from June 12, 20 and 24 — all misdemeanors.

While Skoog’s name stood out on the protesters’ signs, some who spoke with the Daily News were careful to emphasize that she was not the sole focus of their demonstration.

“I’m just tired of drugs, is all,” said protester Jack Shoop. “It’s stupid, and it costs so much.”

In June, protesters raised similar concerns in front of the courthouse for multiple consecutive days.

At issue was a $7,500, 10 percent deposit bond for Isaiah Gardenhire, who was charged with criminal sexual conduct after racking up an extensive criminal history over several years. Gardenhire only needed to pay or have a bondsman pay $750 for his release from the Mason County Jail.

After his release, Gardenhire is alleged to have embarked on a crime spree, including a sexual assault and three murders, elsewhere in the state. Protesters said a higher bond, or none at all, would have prevented the alleged crimes.