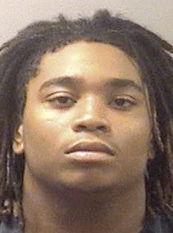 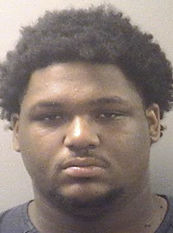 Four criminal sexual conduct, first degree, charges were issued against a Muskegon man and a Muskegon teen for allegedly engaging in sexual activity with a preteen Oceana County girl.

Dwight Bernard McKinney, 17, of 954 Plymouth St., Muskegon, was arrested by the Oceana County Sheriff’s Office. He is charged with three counts of criminal sexual conduct, first degree and faces a maximum life prison sentence if convicted. His bond was set at $75,000 and was posted, Oceana County Sheriff Craig Mast said.

The second individual arrested, Robert Iree Mallard, 22, of 2115 Austin St., Muskegon, faces one count of criminal sexual conduct, first degree. His bond also was set at $75,000 and had not been posted as of presstime Tuesday. He also faces a maximum life prison sentence if convicted.

A warrant for a third suspect has been issued, Mast said, but has not been served. Mast said he believes the third suspect was in custody in Muskegon County. Future arrests might be forthcoming.

“I really expect nine arrests total,” Mast said. “It appears it had been going on for quite some time.”

According to Mast, the alleged victim and her siblings have been removed from the family home by Child Protective Services and were taken out of the area. Oceana County Prosecutor Joe Bizon said the alleged victim’s parents have been cooperative, and he doesn’t not expect any charges against them.

“I would say here, I do not have a human trafficking case,” Bizon said. “I have a CSC case.”

According to Mast, deputies were dispatched to a New Era address at 6:31 a.m. July 23 for an unwanted, adult male intruder with the caller’s preteen daughter. Mast said while en route, deputies learned that the male suspect had fled the scene into the woods. A search for the suspect began and a K-9 tracking dog led deputies to an area where a vehicle was waiting or had been parked.

State police Detective Matt Robliski said two arrests have been made in Muskegon at this point. He encouraged any other potential victims to contact the Muskegon County Silent Observer at 231-722-7463.