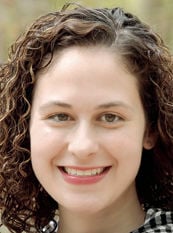 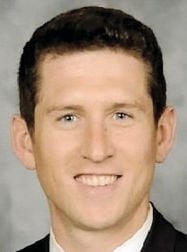 Lauren Kreinbrink will become the next Mason County prosecuting attorney after she defeated Chad DeRouin in Tuesday’s primary election.

Kreinbrink and DeRouin both ran as Republicans, and no other candidates filed to be on the ballot as Democrats. Kreinbrink earned 3,066 votes to DeRouin’s 1,951 votes.

“It feels great. We worked so hard for this win,” she said early Wednesday morning after the final precinct reported into the Mason County Courthouse. “I’m so proud to say that we didn’t leave anything on the field. We did the door-knocking. We did the interviewing. We did the Facebook, and it all paid off.

“All the hard work paid off.”

“It’s surreal, honestly. I’m so incredibly excited for putting all of these ideas and plans that I wanted to put into action for so long when I talked with voters, and now, a couple of months will go by before Paul (Spaniola, the current prosecutor) is done, but I’m excited to put those changes into action.”

Spaniola announced that he would not run for reelection to the position he’s been in for more than a decade, and he plans to retire. His retirement helped open the door for the race between Kreinbrink and DeRouin.

Are you voting in the general election with an absentee ballot?