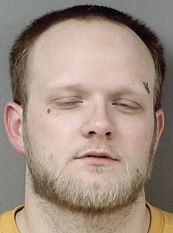 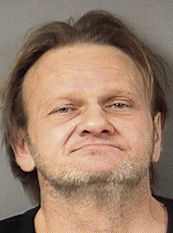 A father-son duo were arrested Sunday and arraigned on charges as related to an alleged attempted home invasion and aggravated stalking in the City of Scottville.

According to a release from the Mason County Sheriff’s Office, Jeffery Allen Kaiser, 57, of Ludington, and Kevin James Kaiser, 26, of Hart, were in a vehicle parked in the road near the scene of a reported breaking and entering on Taylors Court.

Deputies with the office responded to the alleged breaking and entering at 1:06 a.m. Sunday. After observing the Kaisers in their car, deputies passed the information to a trooper with the Michigan State Police. The trooper made contact with the Kaisers.

According to the release, deputies “found evidence that indicated there was an attempted entry into the home and that the persons in the vehicle… had a connection to the victim… The younger Kaiser (was) in a two-year relationship with the reported victim.”

Kevin Kaiser also had a personal protection order from the county against him between he and the victim, according to the release.

Jeffery Kaiser was arraigned on Sunday on two felony counts of accessory after the fact to a felony. Bond was set at $5,000, 10 percent deposit. A probable cause hearing was scheduled for May 27.