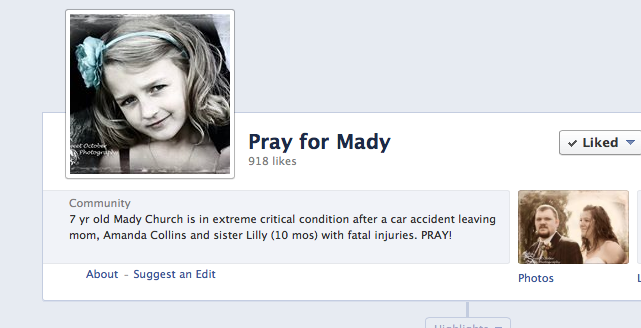 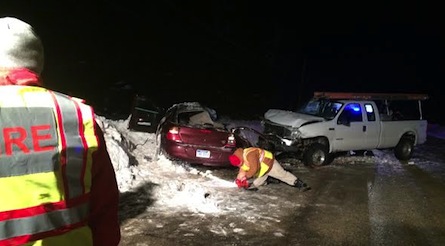 Hamlin firefighters work the scene of the traffic accident Wednesday evening on Jebavy Drive just north of Fisher Road. Two people died and a third was in critical condition. Ludington and PM firefighters and Life EMS were at the scene with the Mason County Sheriff's Office. 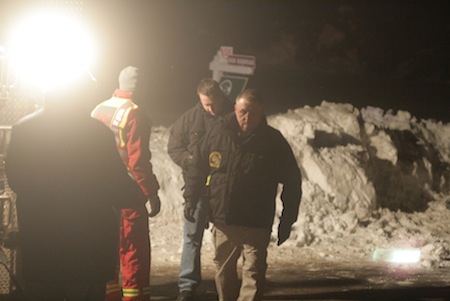 Hamlin firefighters work the scene of the traffic accident Wednesday evening on Jebavy Drive just north of Fisher Road. Two people died and a third was in critical condition. Ludington and PM firefighters and Life EMS were at the scene with the Mason County Sheriff's Office.

While we understand everyone's concern for the condition of Mady, we respectfully ask that you refrain from calling, texting and private messaging the family directly for information. Please only family visiting the hospital right now. It has been a very trying 24 hours and we cannot respond to individuals requesting information. We are appreciative of your concern and are truly blessed everyone is praying and so worried but it has become exhausting for the family to try to update the overwhelming response to Mady's condition. We WILL update with news as needed. It will be generic information because at this time the people who need to know what is happening, do. Please respect this and we appreciate the family's decision. We have created a community FB page that everyone can post positive messages to the family and stay updated. We will also have fund raising information to add in the next day or so. The family of Joshua and Mady!

7 yr old Mady Church is in extreme critical condition after a car accident leaving mom, Amanda Collins and sister Lilly (10 mos) with fatal injuries. PRAY!
Description
On February 5 Amanda Collins and her daughter 10-month-old Lillian Grace Collins were involved in a fatal car accident. Madysen Marie Church, age 7, is in severe critical condition. Mady has sustained several severe injuries. The doctors are working to assess her condition and stabilize her.

This page will continue to be updated with current information as it is received.

Consider supporting the family in the best capacity you can. Information on how to support the family financially will be available soon.

Please continue to lift the family in prayer.

“The Lord is near to those who are broken-hearted and saves those who are crushed in spirit.” Psalm 34:18
Story from Thursday's Ludington Daily News:
Mom, baby die in Jebavy Drive crash; Mady, age 7, flown to DeVos

HAMLIN TOWNSHIP — Community members are mourning the loss of a Ludington mother and her baby — 28-year-old Amanda Collins and 10-month-old baby Lillian Grace Collins — who both died at the scene of a two-vehicle accident on Jebavy Drive just north of Fisher Road Wednesday evening.

There are prayers far and wide for the baby’s sibling/Amanda’s older child, Madysen Marie Church, age 7, who is in critical condition after being transported first via Life EMS to Spectrum Health Ludington Hospital, then via AeroMed to DeVos Children’s Hospital in Grand Rapids.

Mady is a second-grader at Ludington’s Franklin Elementary School.

“Our thoughts and prayers are with Mady and her family,” Large said. “We are so fortunate to belong to such a caring community that will surround this family with support.”

The mom, Amanda, was driving the kids in a vehicle heading north on Jebavy when the car went across the roadway and into a snowbank, its passenger side exposed on the roadway in the path of oncoming traffic. A pickup truck driven by Michael Darke, 33, of Ludington, was traveling south and struck the car on the passenger side.

Mason County Sheriff Kim Cole said he knew the accident was bad from the body language of the people around him.

Cole said this morning the tragedy appears to be a distracted driving situation.

“There was an eyewitness that led us to believe it was a distracted situation,” Cole said. “Because it was not an evasive move into the snowbank. She gradually drifted left of center toward the snowbank and lost control from there.”

He said a pile of mail in the woman’s lap, unfortunately,  appears to be evidence of distracted driving as well, and deputies will search the vehicle for more evidence today. Cole said it was unknown whether she was belted in, although Mady was in a seatbelt in the rear passenger seat and Lillian was in an approved car seat that appeared to be installed properly sitting behind the driver’s seat.

The victims’ identities were withheld Wednesday night, first as Amanda’s husband, Josh Collins, was notified, then as more family members were told.

“Jebavy Drive is a heavily traveled road and I struggled last night with releasing names and I know that there was a lot of anxiety with people wanting to know whether it was one of their loved ones,” Cole said. “But we have to make sure the family members are notified properly.”

Cole said the MCSO Victims Services Unit paired with officers from the Ludington Police Department to make notifications in town, while deputies from the Lake County Sheriff’s Office assisted with notifications to the family in other parts of the county.

Cole said Darke was shaken and his passenger, Brandon LeClair, suffered minor injuries in the crash. Darke was not at fault, according to the accident report.

Cole added that the stretch of Jebavy Drive between Decker and Dewey roads is one of the county’s busiest during the evening rush hour, made more hazardous by deer and its rural characteristics.

“It’s certainly fair to say that Jebavy Drive is a very busy road, a very narrow road with no shoulder,” Cole said. “You’re there interacting with the motoring public and people need to always be careful, alert and astute to what’s going on around them, especially in that area.”

Cole said the accident was difficult for the first responders with children of similar ages.

The accident occurred about 5:30 p.m. Jebavy was closed from Dewey to Decker roads. It reopened about 8:45 p.m.

Prayers for a friend

Friends and family members have been asking for prayers for the family, including 7-year-old Mady.

Amanda and Mady were active in the local horse community, with Mady most recently starting to show at the lead line level with the Mason County Saddle Club.

“She was a young woman who enjoyed horses and looked forward to her daughters taking part,” said Marcia Hansen, who would see the family at the Mason County Fairgrounds.

Some close friends were having a hard time sharing their emotions Thursday morning and asked to wait to talk when they had more time to think.

The Ludington Fire Department’s Jaws of Life team, Hamlin and Pere Marquette firefighters and Life EMS were working at the scene with the Mason County Sheriff’s Office, which continued investigating into the evening.

People are posting kind words, thoughts and prayers at www.facebook.com/ludingtondailynews.