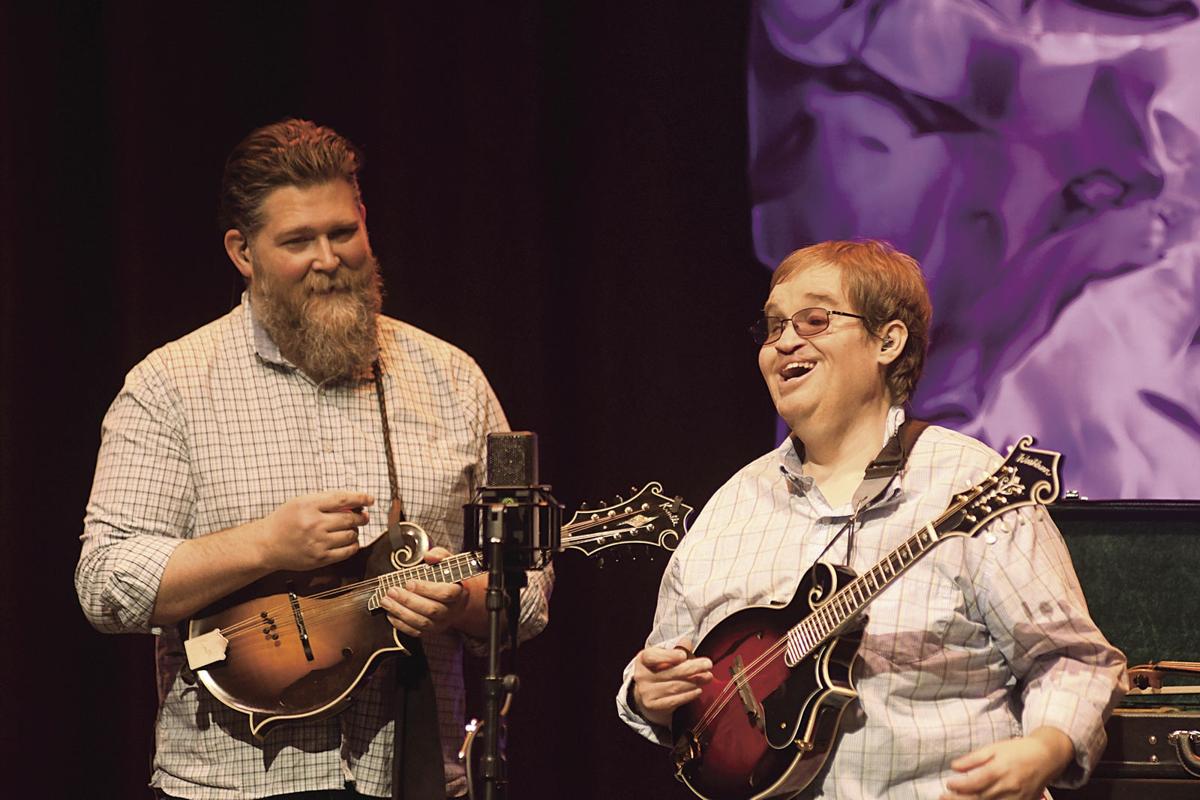 Michael Cleveland and Nathan Livers smile after a mandolin duet that showed Cleveland’s prowess on that instrument, too. 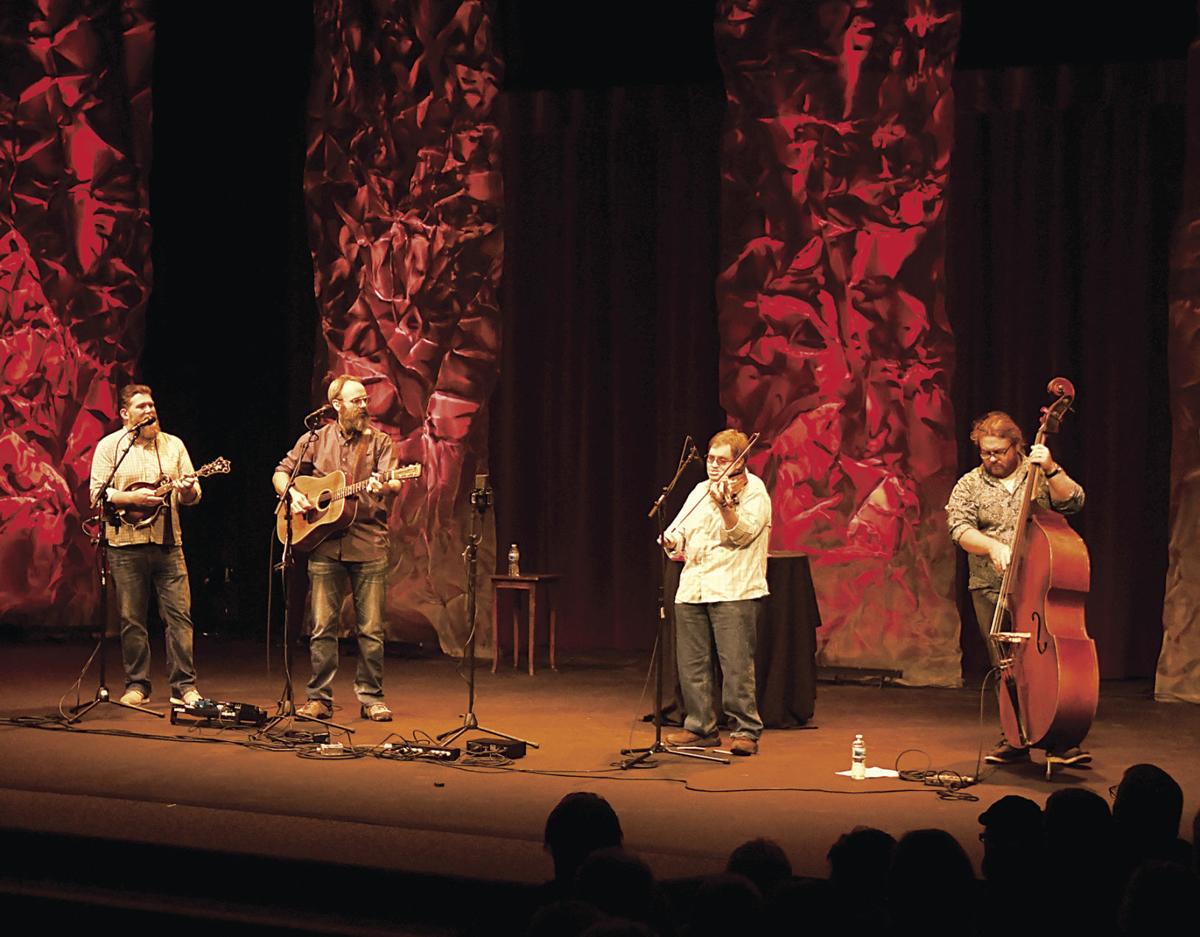 Michael Cleveland and Flamekeeper finally made it on to WSCC Center Stage Friday night after the pandemic caused the show to be rebooked four times.

Michael Cleveland and Nathan Livers smile after a mandolin duet that showed Cleveland’s prowess on that instrument, too.

Michael Cleveland and Flamekeeper finally made it on to WSCC Center Stage Friday night after the pandemic caused the show to be rebooked four times.

VICTORY TWP. — Music returned to West Shore Community College’s Center Stage after more than a year’s hiatus due to the COVID-19 pandemic with Grammy-winning, 11-time fiddler of the year winner Michael Cleveland and Flamekeeper.

Cleveland displayed his virtuosic talents on fiddle bowing sounds out of it ranging from solid percussive rhythms to soaring solos with notes flying ala rock-star guitarists and with a melodic side pulled from the soul.

Playing a mix of originals and from the bluegrass traditional songbook, Cleveland showed why musicians such as Allison Kraus and Vince Gill, who the program states described Cleveland’s playing as “fearless,” champion the National Fiddler Hall of Fame member.

Illness caused the band’s bass and banjo players to miss the sold-out show. Cleveland said they would improvise a lot because of that. At one point he kidded, “Don’t tell anyone what was being seen Friday night – unless you like it.”

Guitarist and vocalist Josh Richards and mandolin player Nathan Livers along with stand-in stand-up bassist called in to learn the music Thursday. They met the challenge and kept the crowd entertained and often wowed through night.

Cleveland, born blind and with hearing loss in one ear due to a childhood infection, is at one with the music, swaying with the beat. He and Livers performed one song as a mandolin duet showing Cleveland’s skills on that instrument – one borrowed for the West Shore show from Instrumental Music. Cleveland quipped it’s worth more now that it’s gotten sweat on it from playing. (A video clip on his Facebook page taken during soundcheck has him burning up the mandolin on a Van Halen song.)

Whether exploring the blues roots of bluegrass in a tune such as Bill Munroe’s “Evening Prayer Blues” or shredding notes on the “Orange Blossom Special” – the song that made Cleveland famous, Livers said – Cleveland and Flamekeeper put on a memorable show that proved a great way to bring music back to Center Stage.

Ted Malt, WSCC director of performing arts, told the audience at the onset he first saw Cleveland on a PBS show on a late Saturday night a couple years ago. He said he immediately called Adam Knudsen, Center Stage Theater manager, to tell him to turn on the show and that they had to bring Cleveland to WSCC.

Booked for last year, the pandemic put Michael Cleveland show off several times. Both Malt and Cleveland said they were glad the WSCC show finally came to reality.

“Amazing,” is how Crystal Young, executive director of college relations, described the show while leaving.

It was a view shared by many others.

Malt encouraged the audience to think about getting tickets soon for the Dec. 10 “A WSCC Holiday Rock Spectacular” with two shows that night at Radiant Church in Ludington. Fourteen musicians will bring Trans-Siberian Orchestra arrangements to life in what he promises will be sold-out shows and a fabulous night of music.

He also expressed thanks to the college for supporting the arts through the pandemic including keeping the production staff on payroll.

“The college did all it could to keep the arts going,” Malt said.

Now they’re back in front of live audiences.