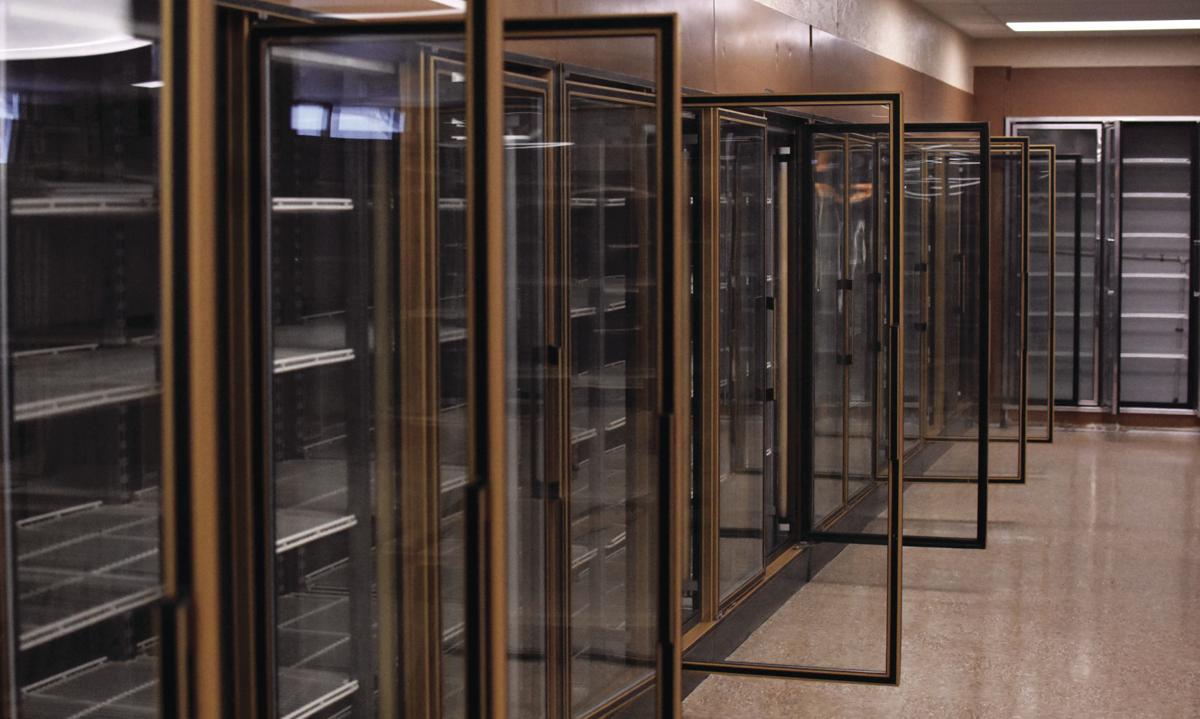 The brothers replaced the floors, ceiling and painted the interior. The store will feature a deli and sit-down area for people to eat breakfast, lunch and dinner. 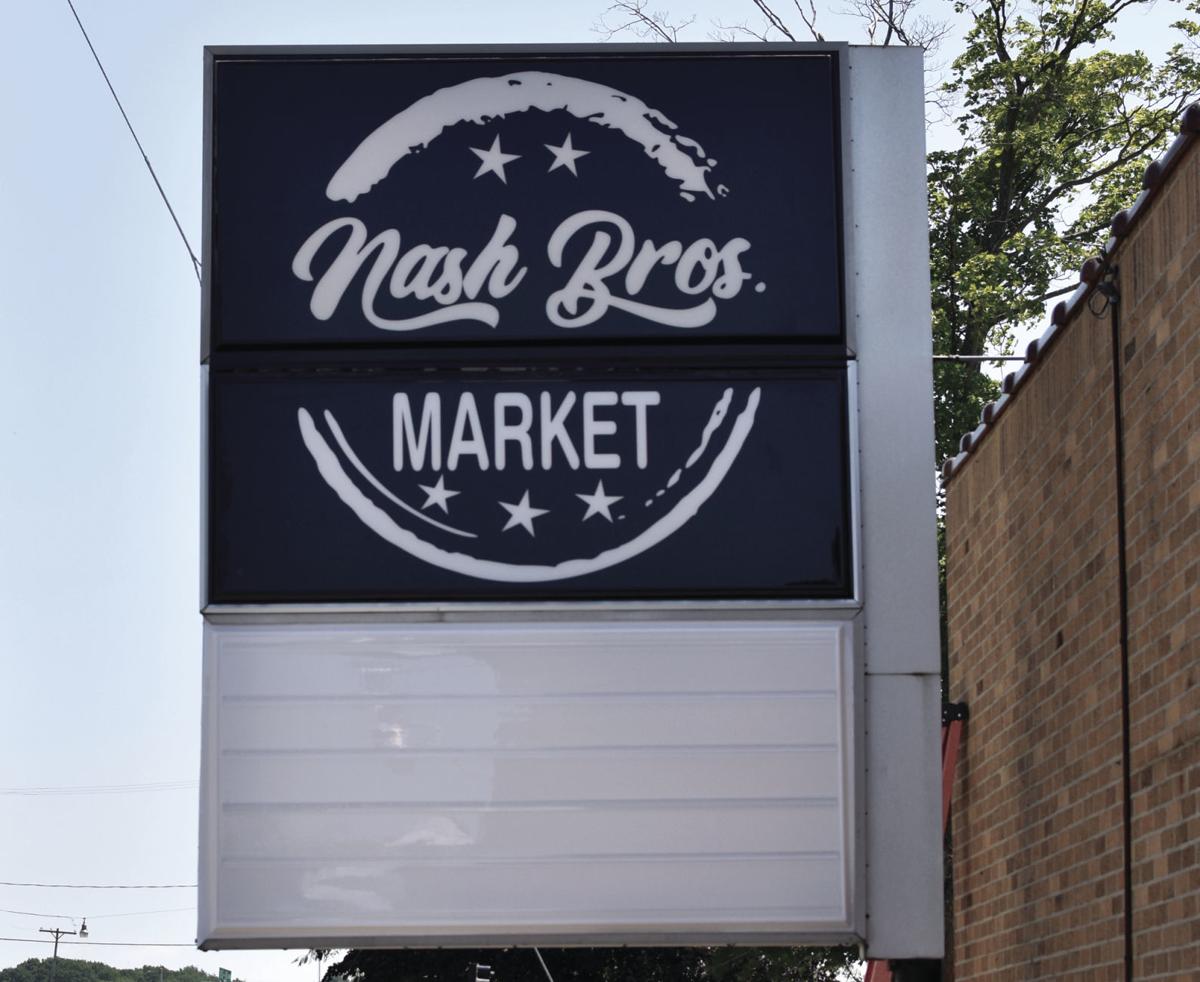 The store put up its new sign Tuesday. Greg and Chuck are currently remodeling and plan to open the store by the end of the summer. 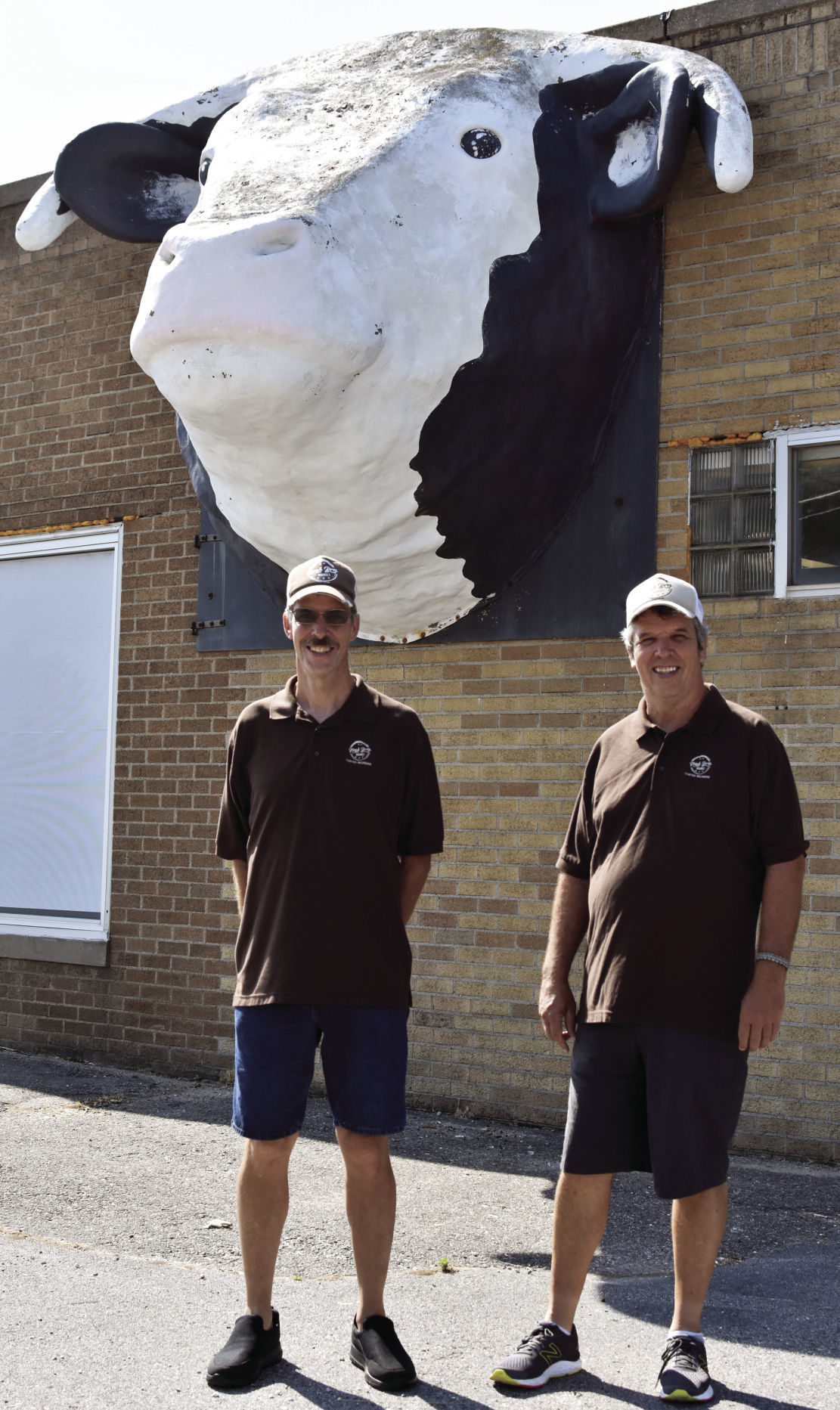 Greg and Chuck Nash purchased Bonser’s of Custer and renamed it Nash Bros. Market. The cow will receive a fresh coat of paint, but they said it will stay where it is.

The brothers replaced the floors, ceiling and painted the interior. The store will feature a deli and sit-down area for people to eat breakfast, lunch and dinner.

The store put up its new sign Tuesday. Greg and Chuck are currently remodeling and plan to open the store by the end of the summer.

Greg and Chuck Nash purchased Bonser’s of Custer and renamed it Nash Bros. Market. The cow will receive a fresh coat of paint, but they said it will stay where it is.

CUSTER — The cow will stay.

It’s one of the first questions people ask Charles “Chuck” and Greg Nash, the new owners of what was formerly Bonser’s of Custer.

The cow head, prominently displayed on the front of the store facing U.S. 10 in the heart of Custer, is considered an icon by the brothers. They will repaint it, as they have the interior, and also plan to paint part of the exterior soon.

“Sixty-two years and I’d have little paint coming off me too,” Greg said.

Greg, 56, and Chuck, 61, live in Florida, but their family once lived in Pentwater and Riverton Township. Chuck graduated from Mason County Central in 1977.

While they were in the area for a funeral last summer, they looked around Pentwater for a bed and breakfast to purchase.

“We were about ready to leave. My mom likes ring bologna, so we thought we’d go up to Bonser’s and get some. We show up and there’s a closed sign on the door. We looked at each other. We figured out some of these people have to travel 30 miles one way to shop. In the winter time it becomes a bear,” Chuck said.

They call it the “Final Frontier of Custer” and “Custer’s Last Stand” — which they almost used as the store name.

“I looked at him, he looked at me and I said ‘let’s find out how much they want for the place.’ We put our bid in and (the owner) said ‘sold,’” Chuck said. “(The building) would have eventually crumbled. No one around here would have bought it.”

Chuck worked in the parks department for a city in Florida for 20 years and was in the U.S. Air Force for 20 years before that.

“I retired twice and had my life all planned out. I was going to hit the road in a camper, now guess what I’ll be doing,” he said.

Greg owned a lawn business in Florida and also previously worked at Walmart.

“Now everyone’s sad I don’t cut the grass,” he said. “On to better things. That’s the way it goes.”

Renovations began around Christmas in 2019 — the same time the “See you in May 2020” message was placed on the sign out front.

There was some mystery surrounding the identities of the new owners, which Greg said they helped perpetuate.

“People would stop and ask us if the owners were here and we said no,” he said.

They weren’t ready to tell people quite yet, Chuck added.

“There were a lot of rumors going around,” he said. “People come up to the door and have to see what’s going on.”

The inside has a new ceiling, floor tiles and the coolers were cleaned out.

“Everything is new except for some of the equipment,” Greg said.

Greg and Chuck will bring back the groceries and decided to turn the meat counter into a deli and added a place for people to sit and eat. The store will offer a $5 lunch.

They hope people will come in and eat breakfast, lunch and dinner in the store.

The brothers bought the store from Al Bonser, who purchased it from his parents.

“I am really glad they have the ambition and drive to reopen a store there,” Bonser said. “I can tell they are working on the place and I hope they do well. I’m glad for the community to have fresh food again. I’m sure the community will support them.”

Laura Quick, who worked at the Bonser’s in Ludington, and her sister, Dawn, are helping with the renovations.

“I’ve been in this area for 50 years. I live a mile down the road. I’d be happy not to have to run into Ludington,” she said.

The store is well-known in the area and closed in 2016. The brothers want to have a grand opening to give people a chance to see all the changes.

“There will be some who will shop, but I think some will come in just to look. They shopped here for a decade or two and will want to look around,” Chuck said.

The whole process went by quick, they said. Their family didn’t know what was happening at the time they purchased it and now they are helping with renovations during their vacations.

The Nash Bros. logo has five stars: two larger ones which represent the brothers, and three smaller ones, which are for their children. Greg’s son, Nicholas, is in high school. Chuck’s adult children are Cassie and Chuck Jr.

The original opening date was set for early May, but with COVID-19 closures and delays, it’s taking longer to have construction and inspections completed, they said.

The brothers expect it to be open by Aug. 1, but the date is not set. The plan is to have store hours from 7 a.m. to 7 p.m. The store will be closed Sundays.

People interested in employment were asked to stop by the store to apply.

A Facebook page for the store should be live by the opening day under “Nash Bros.,” Chuck said.

“All the pictures I’ve taken from the beginning to now will be published on Facebook,” he said.

The brothers can’t wait until they can open the doors and say, “Welcome to the store.”