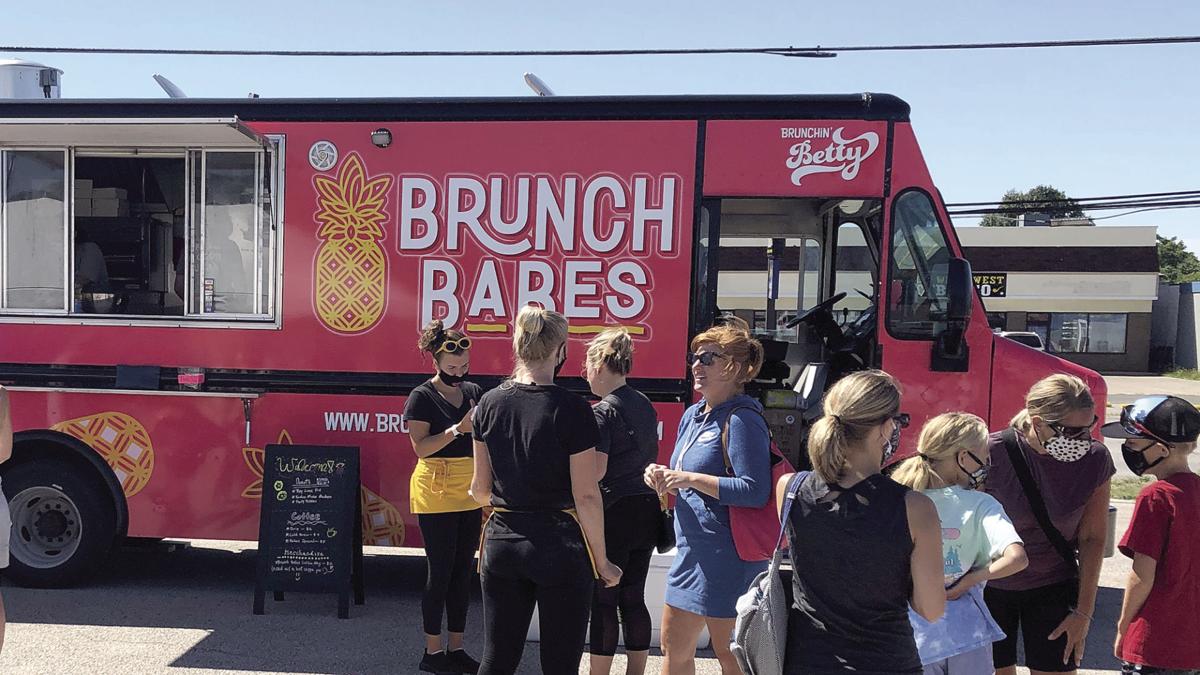 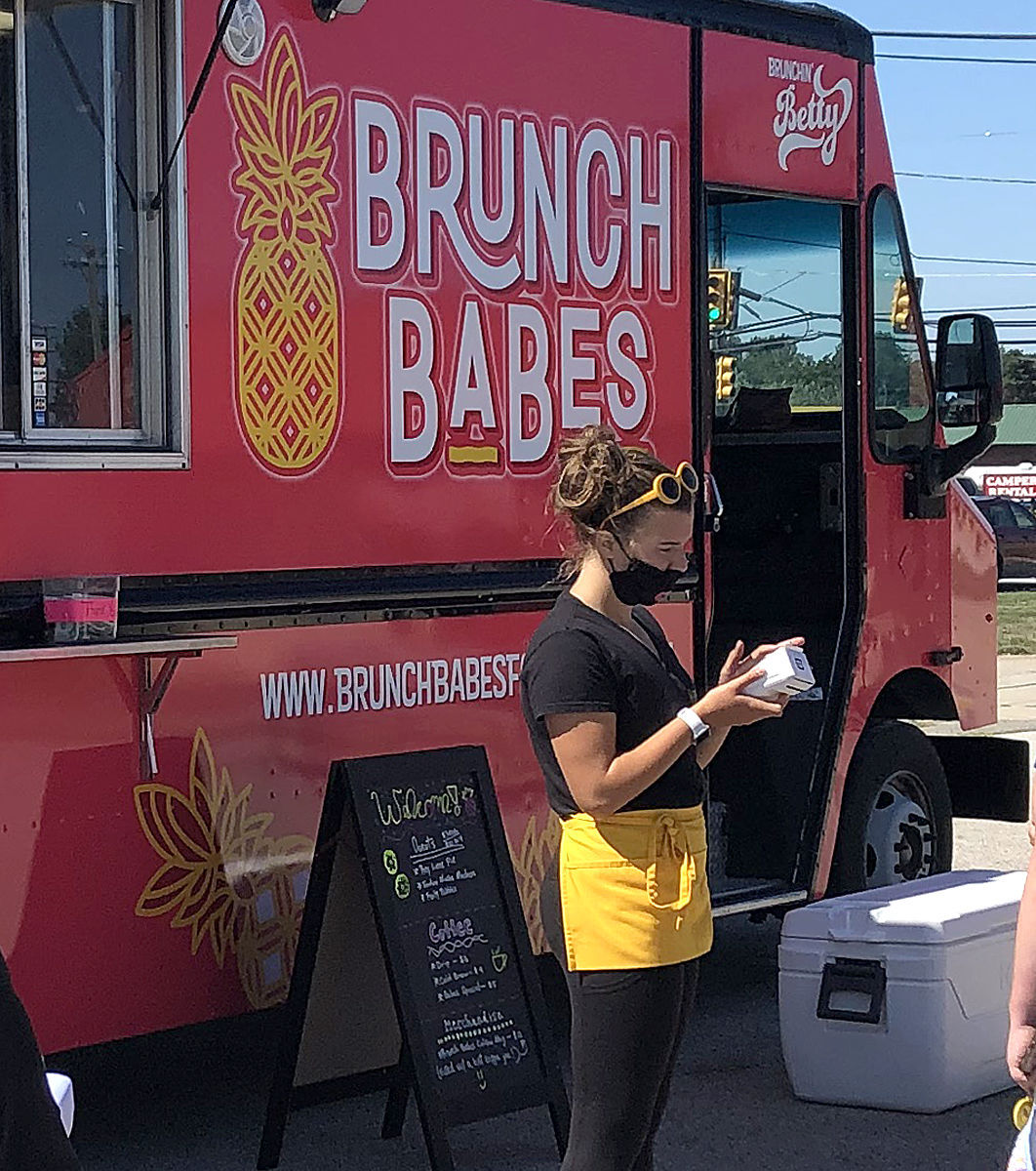 The Brunch Babes Food Truck is making the most of its first month in Ludington, and on Tuesday, customers lined up for a special donut event in Pere Marquette Township.

“We’re so overwhelmed by the support that it literally makes me want to cry,” said co-founder Lara Webster. “It’s awesome. We feel so thankful that people want to come and just keep coming back. We see the same faces and it blows my mind.”

It all began a year ago when Webster and Lydia VanWormer willed Brunch Babes to a runner-up finish on season 10 of the reality show “The Great Food Truck Race.”

After loving the experience and missing the thrills, the women decided to embark on a business adventure. Ludington native Webster and VanWormer, a Saugatuck native, wanted to start the fun back up in a familiar area for the summer season.

“That experience was a lot of fun and it led us to decide early this spring to give it a go,” Webster said.

Brunch Babes is open from 10 a.m. to 3 p.m. Friday through Sunday. It features a diverse menu, with items that can be eaten any time of day.

Webster and VanWormer are sticking to the fare that made them so successful on television, serving different versions of loaded tots — such as cheeseburger and breakfast tots — as well as tacos, sliders and more.

Every weekend, they also create a new specialty donut made from scratch.

Cody Lorance and his business partner Gloria started Endiro Coffee in 2011 as a coffee shop focused on raising money for a children’s home in the African nation of Uganda.

“We thought ‘We’ll make a little bit of money and give it to this one home,’” said Lorance. “But it kind of blew up. We just got better and better at the business and so we expanded our vision.”

Now, Endiro Coffee has nine shops in Uganda and one in suburban Chicago. The company grows and processes its coffee in Uganda, creating jobs for its all-women farming staff to put them amongst the top paid farmers in the country. Some of the revenue has gone toward building schools and medical clinics in Uganda, and even providing professional development for children who aspire to have other careers.

Lorance and Endiro Coffee were introduced to Brunch Babes through mutual friends and look forward to using their strengths to do good business together going forward while also keeping the child vulnerability fight on the front burner. The partnership has inspired Webster and VanWormer to rebrand their mission as “babes saving babes.”

“Brunch Babes is a cool brand,” said Lorance. “The benefit for us is they sell a lot of donuts and people like coffee with their donuts. They also have a very similar passion for children that we have. We’re looking forward to opportunities to collaborate on projects that may be more local to Ludington that help kids in the area.”

Though Brunch Babes has been a smash hit thus far, its founders pride themselves on living out the adventure and enjoying every moment.

“This whole branding concept, from going on the show to where we are now, has been unforeseen,” Webster said. “We didn’t plan any of this. The whole show experience, it was on a whim. I applied in 10 minutes on a whim and never ever thought that that would come through. We just keep following the doors that open.”

“We’re just staying agile and enjoying the adventure,” said VanWormer. “And that’s the thing; you never know where the adventure of life is going to take you. We’re open to it.”

Brunch Babes has aspirations to take its truck on the road for other cities to enjoy. VanWormer mentioned Grand Rapids and Manistee as potential destinations. Consumers can follow Brunch Babes on social media for updates.