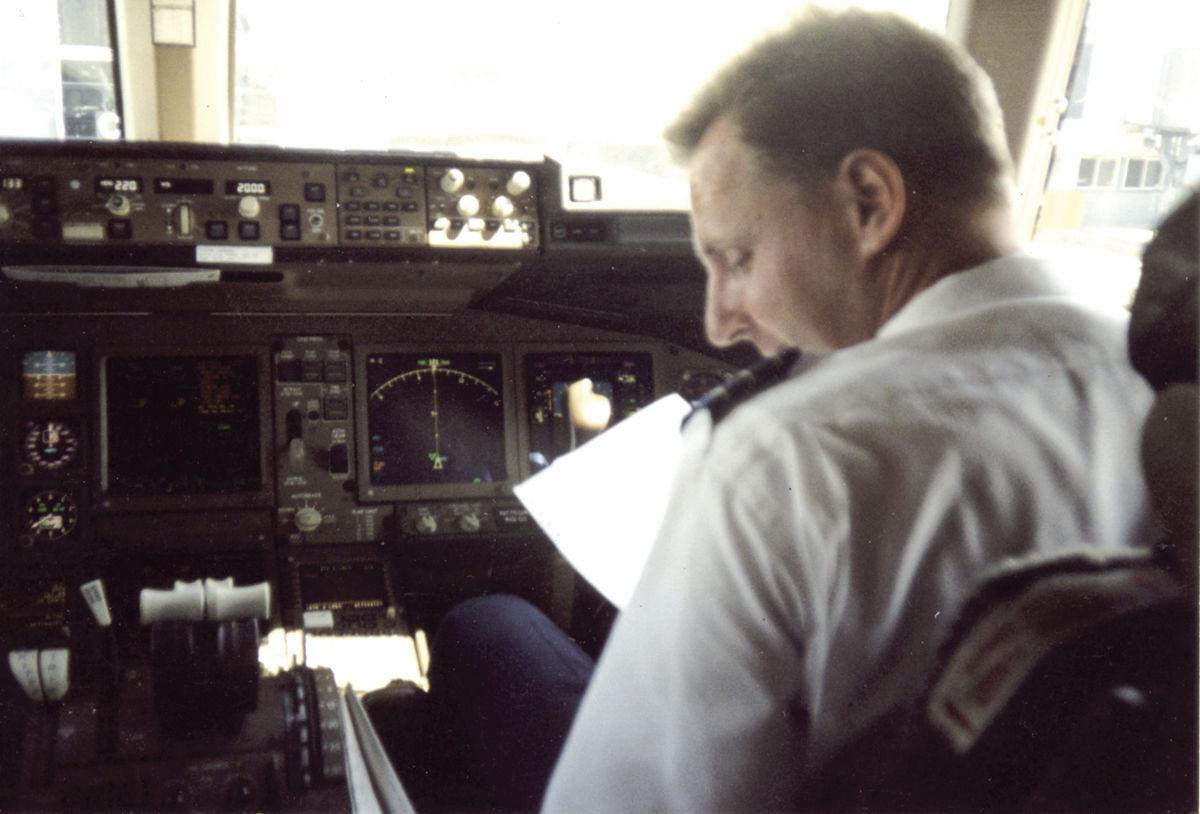 Capt. Jason Dahl sits in the cockpit of United Airlines Flight 248 in Chicago on Aug. 6, 2001. Custer native Michael Langfeldt met Dahl a little more than a month before Dahl died on Flight 93 in rural Pennsylvania on 9/11. 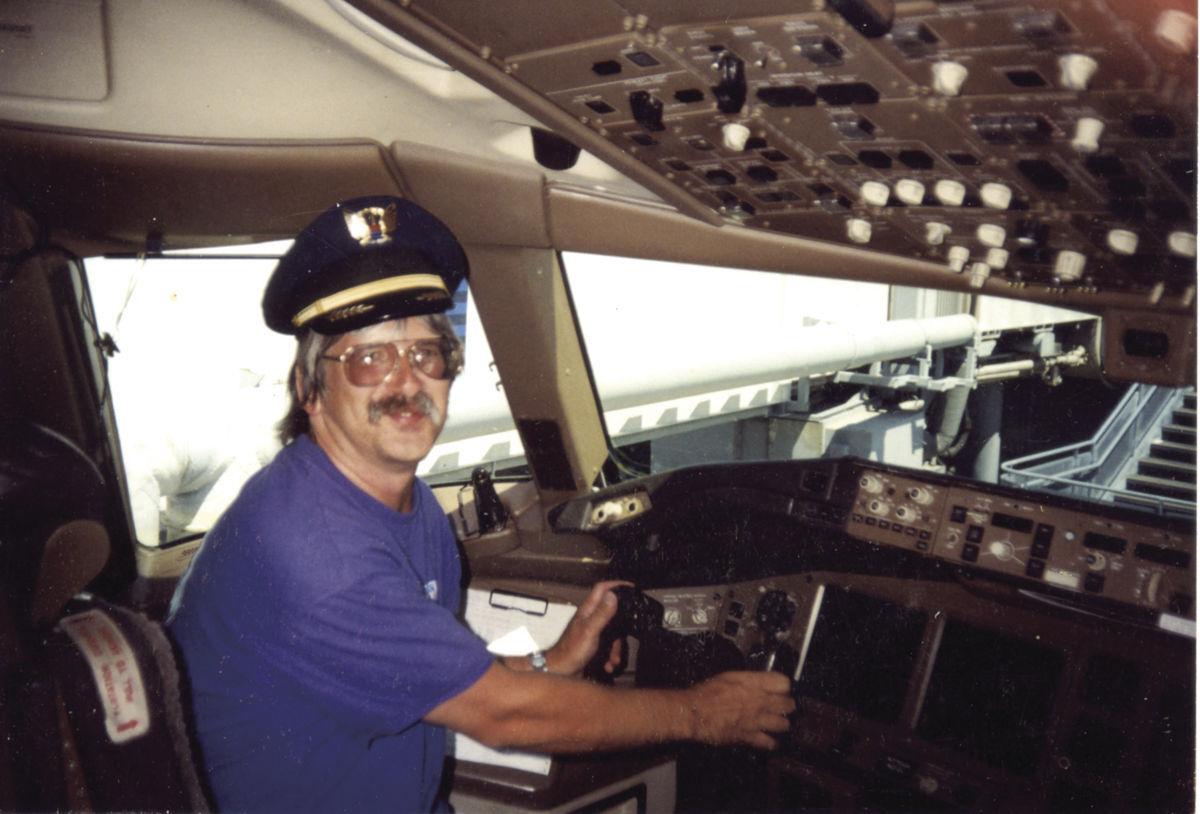 Michael Langfeldt poses in the cockpit of a Boeing 777 in an August 2001 photo by Capt. Jason Dahl in Chicago. Dahl was the captain of Flight 93 that crashed in rural Pennsylvania in the September 11 attacks.

Capt. Jason Dahl sits in the cockpit of United Airlines Flight 248 in Chicago on Aug. 6, 2001. Custer native Michael Langfeldt met Dahl a little more than a month before Dahl died on Flight 93 in rural Pennsylvania on 9/11.

Michael Langfeldt poses in the cockpit of a Boeing 777 in an August 2001 photo by Capt. Jason Dahl in Chicago. Dahl was the captain of Flight 93 that crashed in rural Pennsylvania in the September 11 attacks.

It was a chance meeting, but one that 20 years later still is vivid.

Custer native Michael Langfeldt met Capt. Jason Dahl on Aug. 6, 2001 — a little more than a month before Dahl was the captain aboard United Airlines Flight 93, which crashed in rural Pennsylvania as part of the terrorist attacks on Sept. 11, 2001.

Langfeldt was flying on United Airlines Flight 248 on his way from spending time with a fellow U.S. Navy veteran, Loren Anderson, in Billings, Montana. Langfeldt boarded a flight in Denver and was taking the flight to Chicago.

“As I boarded the flight in Denver, I met up with a guy named Pat Fletcher,” Langfeldt said. “He, too, is a pilot. He was getting a flight in Chicago to fly on somewhere else. He says, ‘I see you taking lots of pictures. I’ll tell you what, when we land in Chicago, I want you to meet my friends. The captain aboard the flight is a friend of mine. I want to introduce you to him.’ Which was Capt. Jason Dahl.”

Langfeldt keeps the prints of that day, with a brand-new Boeing 777 along with a trip to the cockpit to take some photos with Fletcher and Dahl.

“He took a picture of me wearing his hat,” Langfeldt said of Dahl.

Langfeldt said Dahl told many jokes during the flight from Denver to Chicago, many centering around airline food. He was glad to have met Dahl and the other members of the flight crew, and Langfeldt made sure to keep notes of his journey as well as take photos.

Once the events of Sept. 11 happened, it didn’t take long for Langfeldt to realize he met Dahl a little more than a month before that day. It was Dahl’s name mentioned in “Newsweek” where Langfeldt was able to make the connection.

“I wrote the names in my flight bag. I pulled it out, and there’s his name, Capt. Jason Dahl,” Langfeldt said. “He was from Denver. It was unbelievable.”

When the anniversary of Sept. 11 nears, Langfeldt said he has vivid memories.

“I could just vividly recall it and the way I felt,” he said, pausing, and then, picking up a cover of the movie, “Flight 93,” he said, “This movie, I refuse to see it because you could actually hear the people’s voices. The … ground control is hearing these screams on the radio. This movie, as much detail it has, you can hear his voice in that radio call.

And once the anniversary comes around, Langfeldt said he prays.

“Everyone. I pray for everyone,” he said. “This country, the passengers, the crew, all that was first involved. First responders. The firemen. Everyone. Everyone.”

Time has not eased the wounds felt by Langfeldt.

“Just like it comes right back and I feel the same feelings, vividly. Just like it happened a minute ago. It’s strange,” he said. “Something has been taken away from us.”

In marking 20 years, Langfeldt wrote a poem on Thursday afternoon. One day, Langfeldt would like to get to Pennsylvania to see the memorial site.

It’s been since I walked in

Just remembering him gives me a chill

For on United 248 it sure was great sitting

The memories will always be with me

Still… for Captain Jason Dahl and the crew

And passengers heroes they will also be.

The crew and passengers aboard United Flight 93