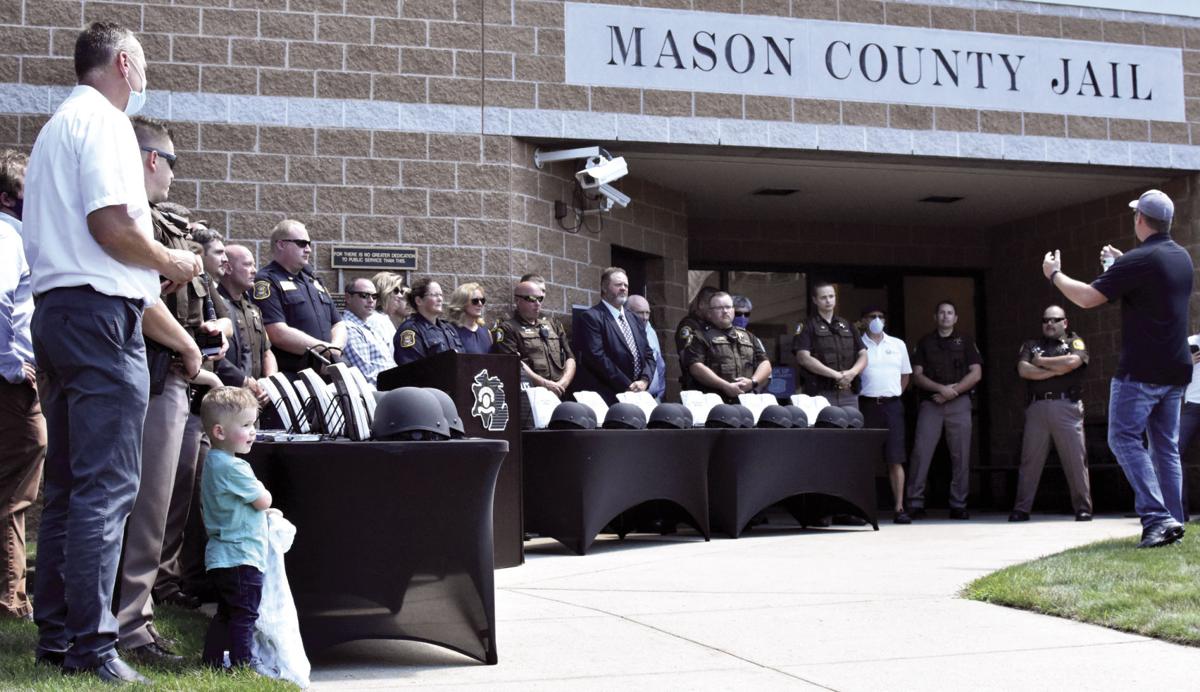 Community members who donated to the Adopt-A-Cop program stand behind Mason County Sheriff’s Office deputies and Scottville Police Department officers during a ceremony Thursday afternoon to celebrate the purchase of protective equipment. 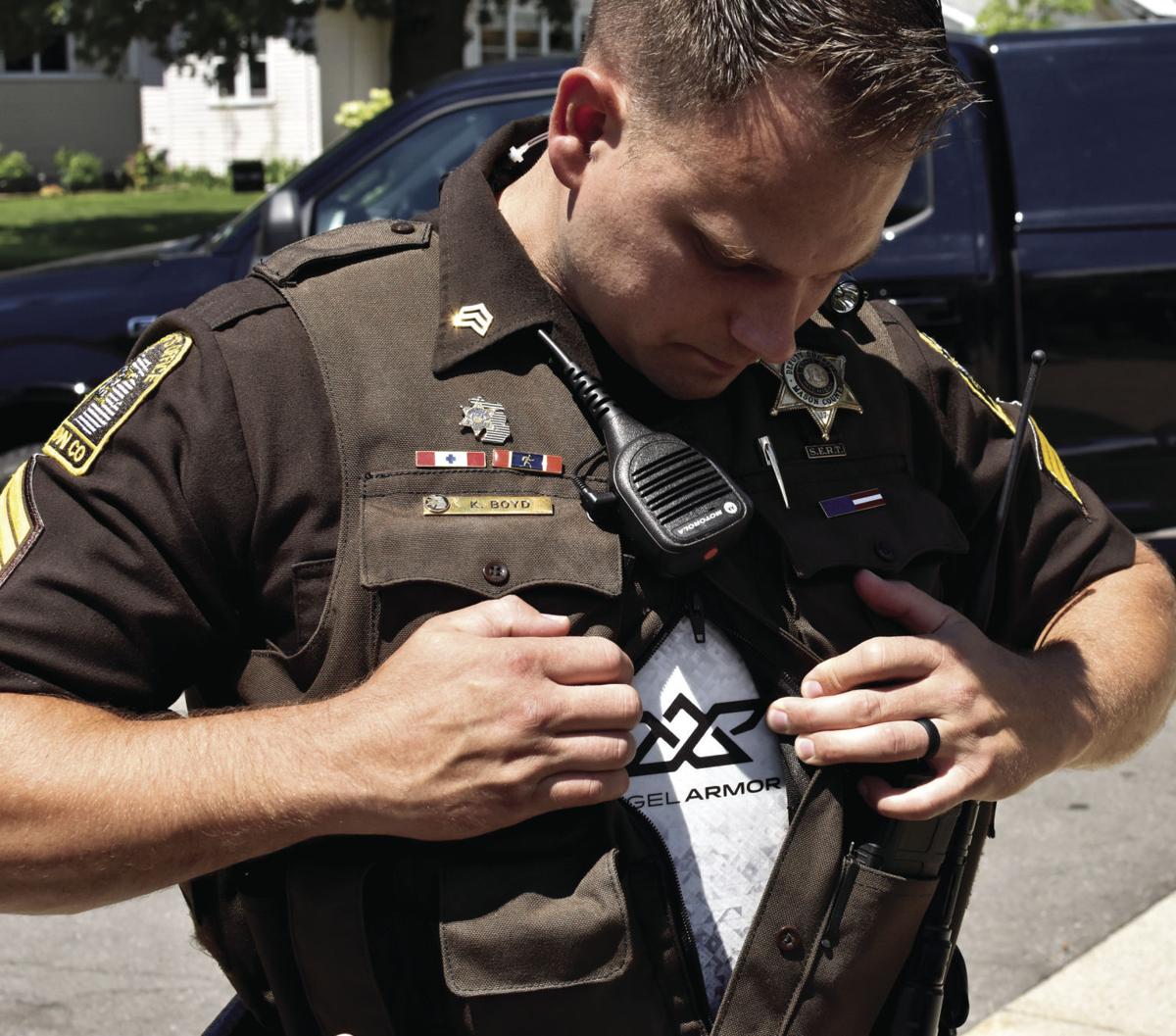 Community members who donated to the Adopt-A-Cop program stand behind Mason County Sheriff’s Office deputies and Scottville Police Department officers during a ceremony Thursday afternoon to celebrate the purchase of protective equipment.

“It’s a great cause. We want to protect them,” said Marla Rader.

The deputies and officers were able to say their thanks to the community members who donated towards purchasing the equipment at a ceremony in front of the Mason County Jail on Thursday afternoon.

The program, initiated by Rick Chapman, who recently passed away, raised $31,250 to purchase 23 armor plates the deputies and officers will wear on duty.

“(Chapman’s) heart was so supportive of the (Sheriff’s Office) and all law enforcement. He was constantly doing things to recognize their value in the community,” said Vic Burwell, assistant to the president of FloraCraft.

“I believe our community is blessed to have people who serve it. This is a way to give them every bit of protection they need to do what they have to do when no one else will do it,” Burwell said.

When SHIELD616, a nonprofit that has provided more than 5,000 rifle-rated armor plates for first responders across the county, and Angel Armor approached Sheriff Kim Cole, he said it was a “no brainer” to work with them.

“I had no doubt at all that the community would step up and provide the men and women who work the front lines with this equipment,” Cole said.

Adopt-A-Cop, which began in 2018, came after the Adopt-A-Door program in 2014 that raised funds for safety equipment to protect schools in the case of active shooters.

“Our focus has been on protecting teachers and students by getting the barricading devices. The latest thing we thought we would do is focus on the officers who will be going through the doors in these events and providing them with protection,” Cole said.

Executive director of SHIELD616, Jake Skifstad, came from Colorado Springs, Colo., to be a part of the event.

“We are so excited, and we hope it’s encouraging to these deputies and officers to know the community is rallying around them,” Skifstad said. “What better way (to do that) than to help provide something potentially life-saving for these men and women?”

The program completed its fundraising in January and received the equipment — the front and back plates to wear inside vests and the helmets — in April. They waited to have the ceremony until people could gather safely outdoors, Cole said.

“I run the road patrol, so for me it’s about the protection of the (deputies) who are working the patrols. The fact that we have a community willing to support us in anything we do has been a blessing,” said Chief Deputy Oscar Devila.

During the ceremony, Skifstad asked people to stand behind their adopted cops to demonstrate the support they have shown by donating to the cause.

“We’ve all seen what our law enforcement’s been going through this year... now more than ever, your law enforcement needs to hear from you. Today you are sending a very strong message... that you love them and are thankful for them,” Skifstad said.