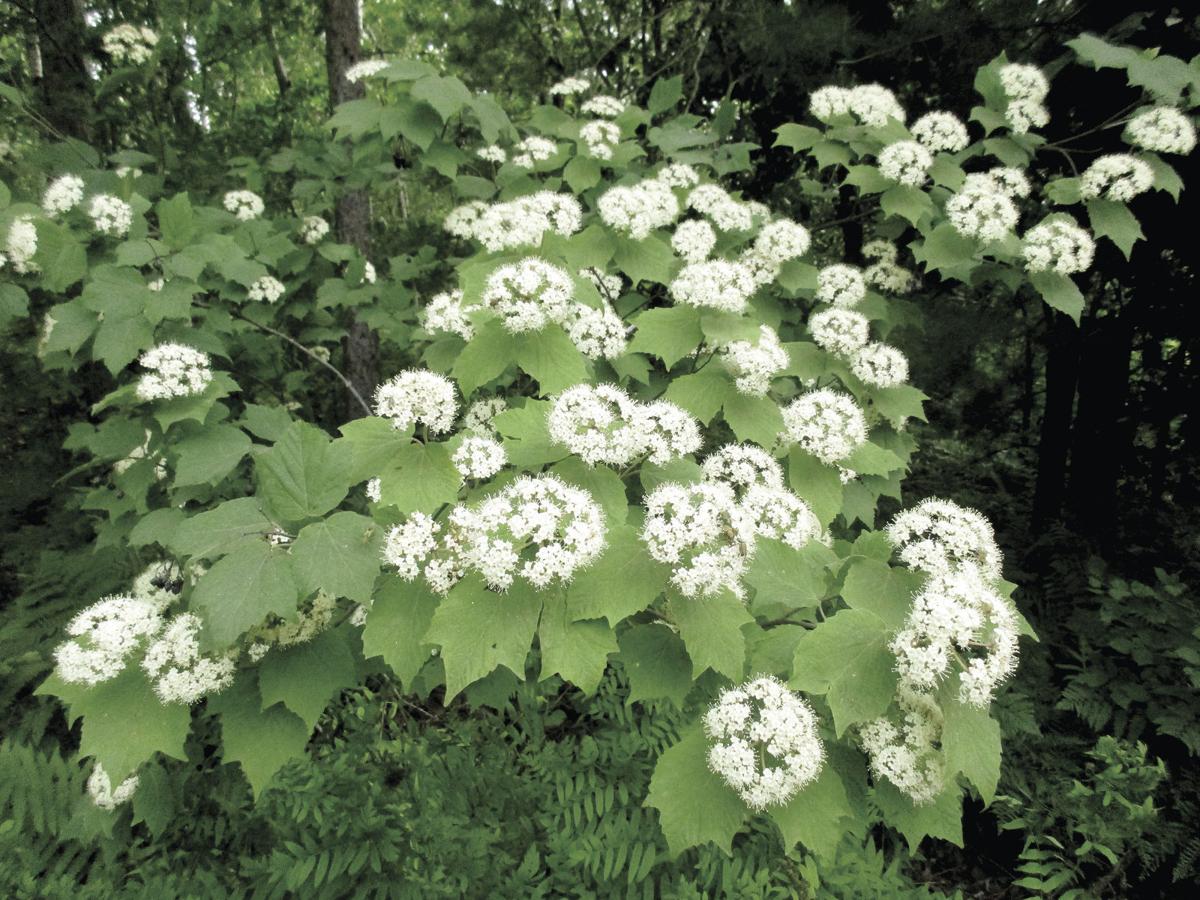 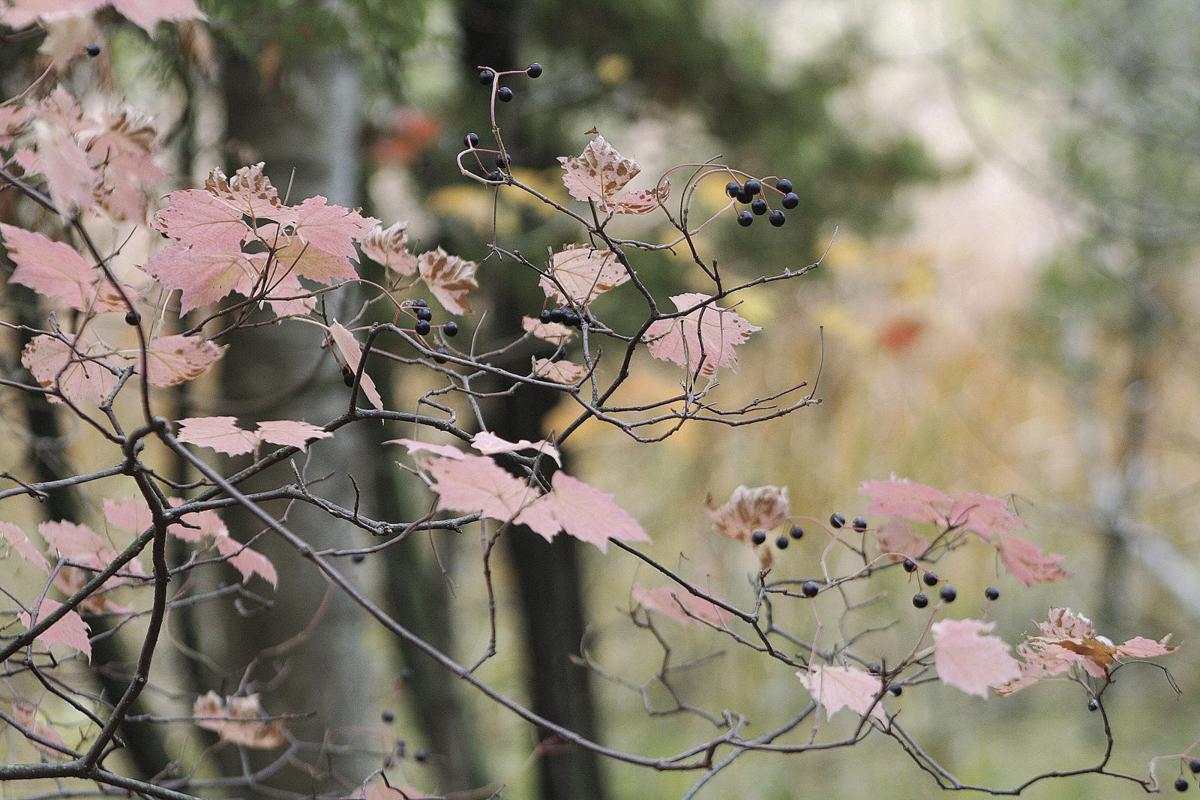 The pink to pale magenta foliage of maple-leaved viburnum is unparalleled in our autumn forests. 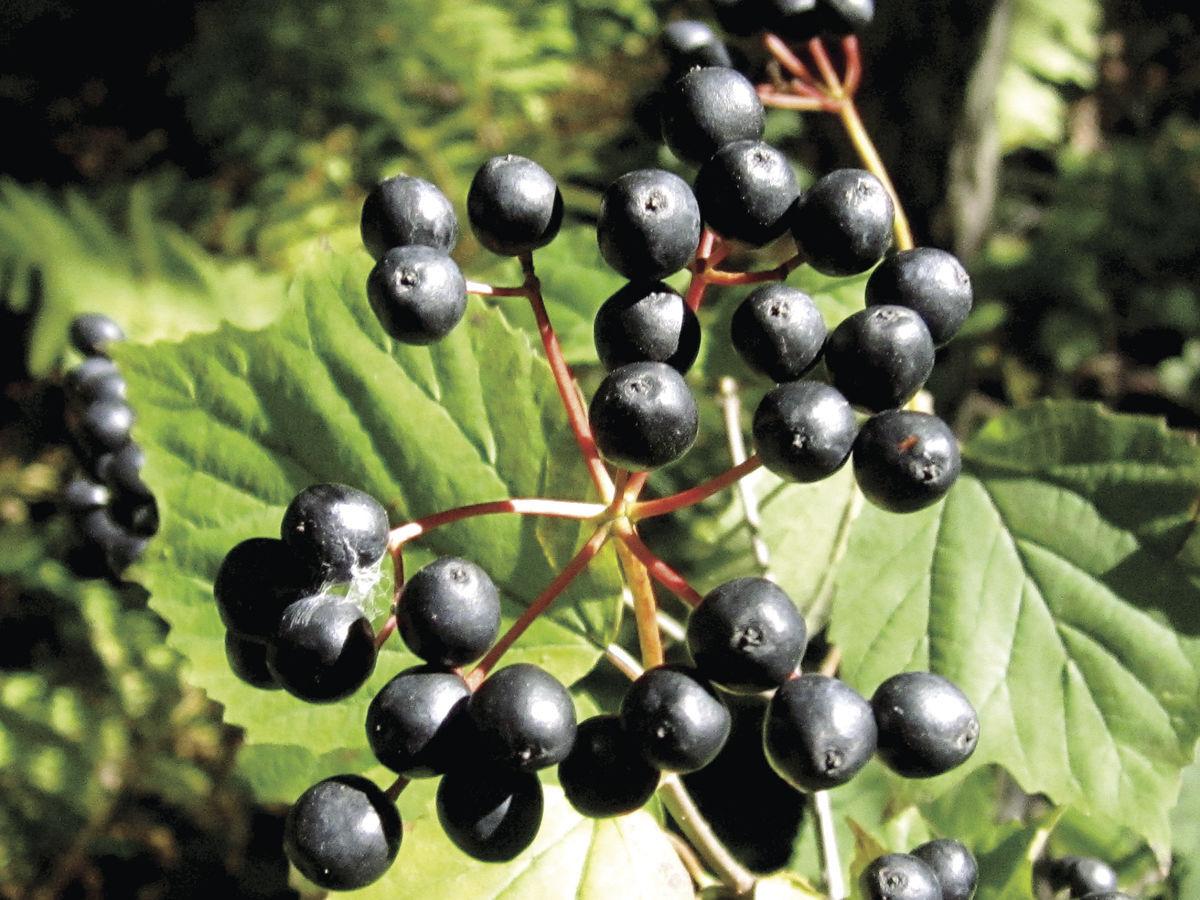 The pink to pale magenta foliage of maple-leaved viburnum is unparalleled in our autumn forests.

Although I consider myself a general botanist, I am particularly enthusiastic with wetland plants as well as shrubs that occur in various habitats. In Mason County I have discovered approximately 87 species of native shrubs, and among my favorite category are the viburnums (Viburnum spp.).

Of the eight native viburnums known in Michigan, we have five native species that occur in the county, and maple-leaved viburnum (Viburnum acerifolium) is among the most widespread. This viburnum is characterized as inhabiting mature upland forests, and is both shade-tolerant and drought-resistant.

The scientific name “Viburnum” has been used for the common name of species in that genus, whereas the scientific name “acerifolium” derives from Latin meaning “maple-like leaves” since its foliage resembles leaves of maple trees.

This medium-sized multi-stemmed shrub generally grows to five or six feet in height, though much less in width, within the understory of dry to mesic forests. The soft-downy leaves are three-lobed in shape, about three inches in width and five inches in length (including the leaf stalk).

This shrub can form colonies by root suckering, though is never abundant to the point of being annoying as would a thicket of prickly-ash. In early June, the small slightly rounded clusters of white flowers are in bloom, and by September spherical purplish-black fruits, about one-quarter inch wide, mature (each with a tiny cherry-pit type seed).

Maple-leaved viburnum is widespread in the eastern U.S. from Wisconsin to Maine and south to northern Georgia, with scattered populations westward to east Texas and south to the panhandle of Florida. In Michigan, it is known in nearly all counties of the Lower Peninsula though less than half of the counties in the Upper Peninsula. Here in Mason County I have found this shrub in every township except Amber Township – thus far.

Although easily recognized from spring through fall, the uniquely colored foliage – pink to pale magenta – that is seen in October and early November stands out as a stunning colorful end to the growing season. The numerous dark fruits may linger into early winter where they provide a food source for songbirds, ruffed grouse, wild turkeys and squirrels. Of course, the twigs and leaves are browsed by white-tailed deer on occasion, which is not unexpected.

During the summer months several butterfly species rely on shrubs such as the maple-leaved viburnum. The spring azure and summer azure butterflies lay their eggs on viburnums while the red-spotted purple butterfly and various bees and beetles obtain nectar from the flowers of viburnums.

According to noted entomologist Dr. Douglas Tallamy, at least 104 species of insects are known to feed on viburnums, which in turn provide a food source for songbird nestlings in our wooded backyards and forests.

The little known maple-leaved viburnum is a wonderful native shrub that deserves more attention, especially in residential woodlands. It may be a challenge to locate this shrub in your local nursery, but the search for this special native plant is worth the effort.