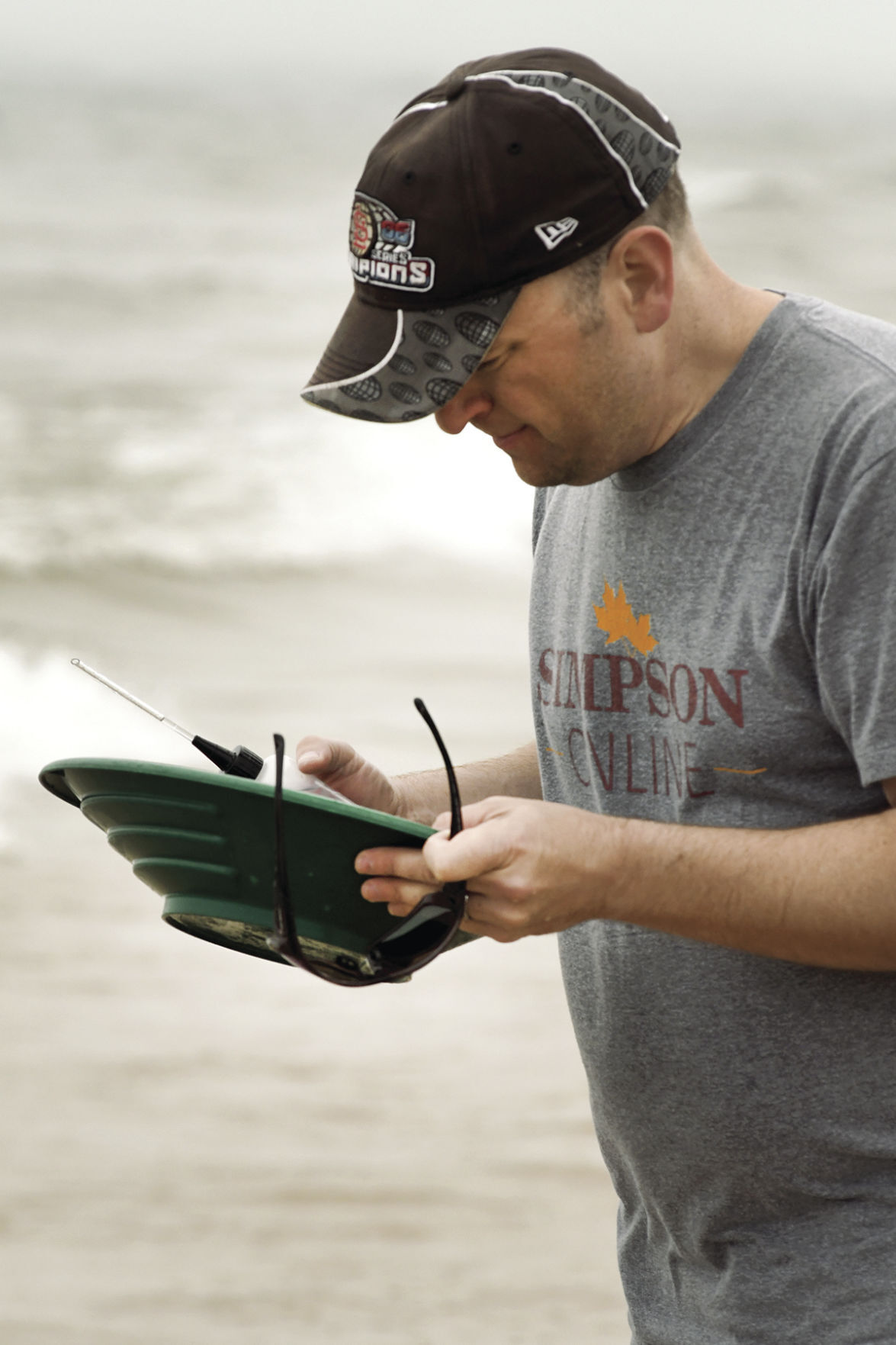 Matthew Thomason looks for flecks of gold in the bottom of the pan. He found three and used the bottle with a straw like extension to slurp the flecks up with some of the slurry. 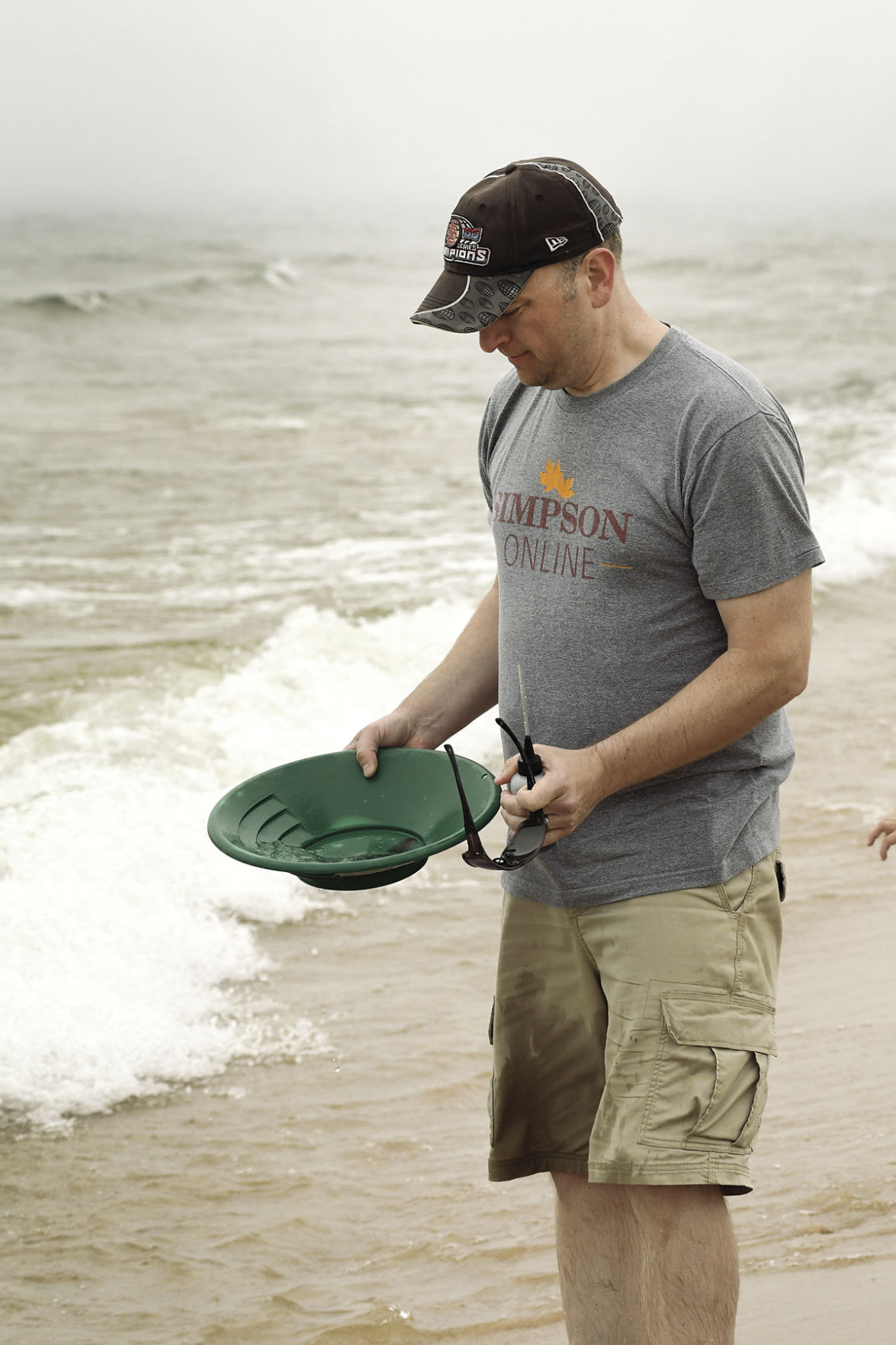 Matthew Thomason looks for flecks of gold in the bottom of the pan. He found three and used the bottle with a straw like extension to slurp the flecks up with some of the slurry.

No, not beach glass or Petoskey stones.

Thomason was after something even more precious: he was prospecting for gold.

And he was finding it.

Tiny flecks of placer gold caught his eye in the slurry of black magnetite sand that streaks many Great Lakes beaches. Thomason had washed away most of the sand in his sifting pan while standing in the waves at the edge of the beach.

Gold, he said, is heavier than the sand.

After repeated washing in the pan, a fine layer of black sand clung to the pan’s bottom.

He used a suction bottle to slurp up the minuscule flecks in a watery slurry that he will further sift down when he gets home.

Prospecting for gold, he said, is something he likes to do. Michigan is known to have small amounts of placer gold throughout the state, though it is not found in substantial quantities. Often, gold in Michigan, is found in streams. But Great Lakes beaches contain some, too.

The proof – however tiny – was in Thomason’s pan.

He’d scoop sand from the edge of the beach with a shovel and put it in the pan.

Then he’d wade out and dip the pan into Lake Michigan – the small waves making it a bit of challenge not to lose all the sand – and slosh water and lighter sands over the pan’s edge as he gently moved the pan around, slightly dipped.

After repeating the process for a while, the tiny flecks would show at the edge of the remaining sand.

The tiny flecks won’t add up to that much, Thomason said, but he enjoys the process.

Like the gold he prospects for in Iowa and elsewhere in the Midwest, he said, the flecks he was finding at Ludington State Park were ground by glaciers and deposited — placed here — when the glaciers retreated.

Lake Superior’s shores are better known for gold prospecting, he said. According to the website www.goldrushnuggets.com, the Ropes Gold Mine operated off and on north of Ishpeming from 1881 until 1991.

But when he saw the magnetite sand at Ludington, he decided to give it a try since Ludington was as far north as he was getting on this vacation.

As his family relaxed on the beach, he relaxed panning for gold on what for many years was called Michigan’s Gold Coast. Who knew there really is gold along this coastline?

This visitor from Iowa did, and he was enjoying panning for it.