You are the owner of this article.
Edit Article Add New Article
You have permission to edit this article.
Edit
Welcome, Guest
Home
COVID-19
News
Sports
Obits
Opinion
Living
Multimedia
Classifieds
+ More
1 of 4 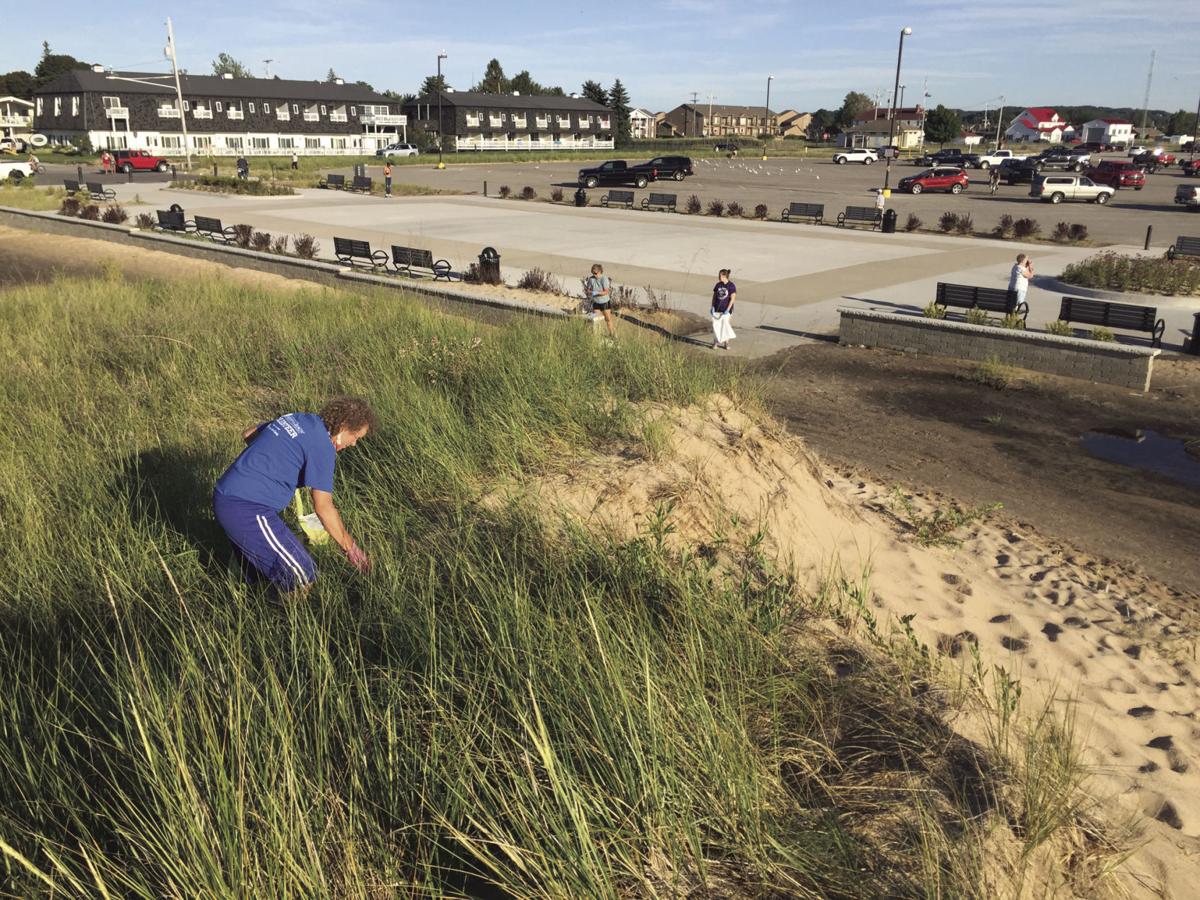 AFFEW board member Sara Bolan picks up trash from the dune near the new plaza during the beach sweep. 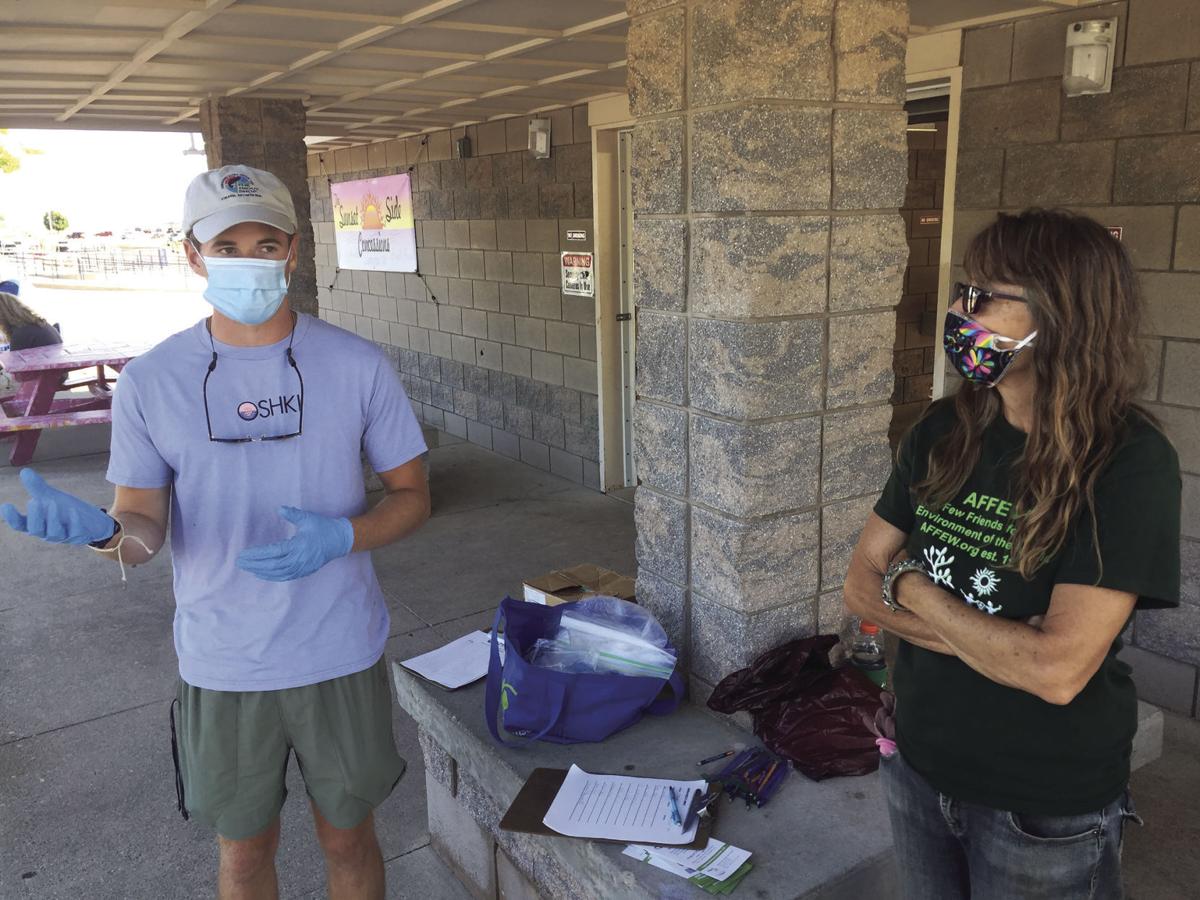 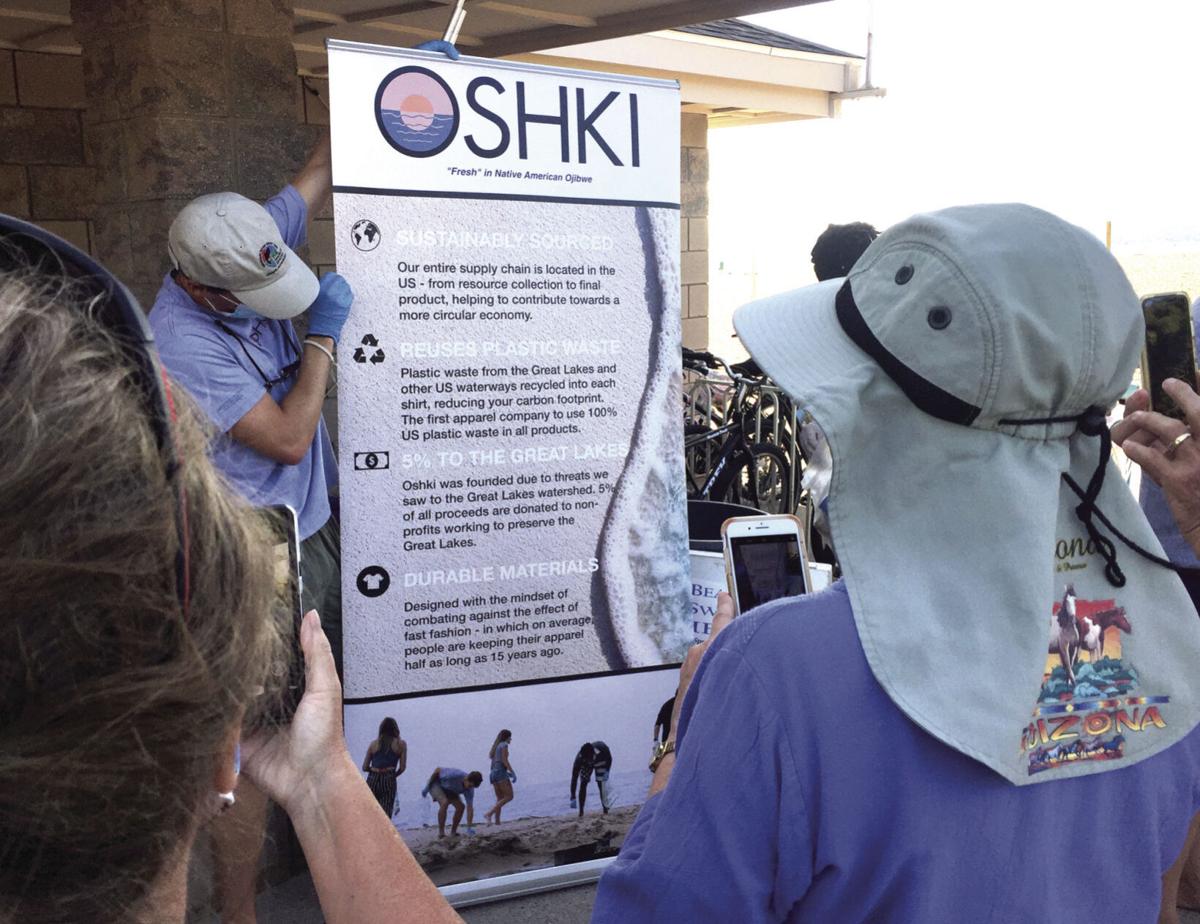 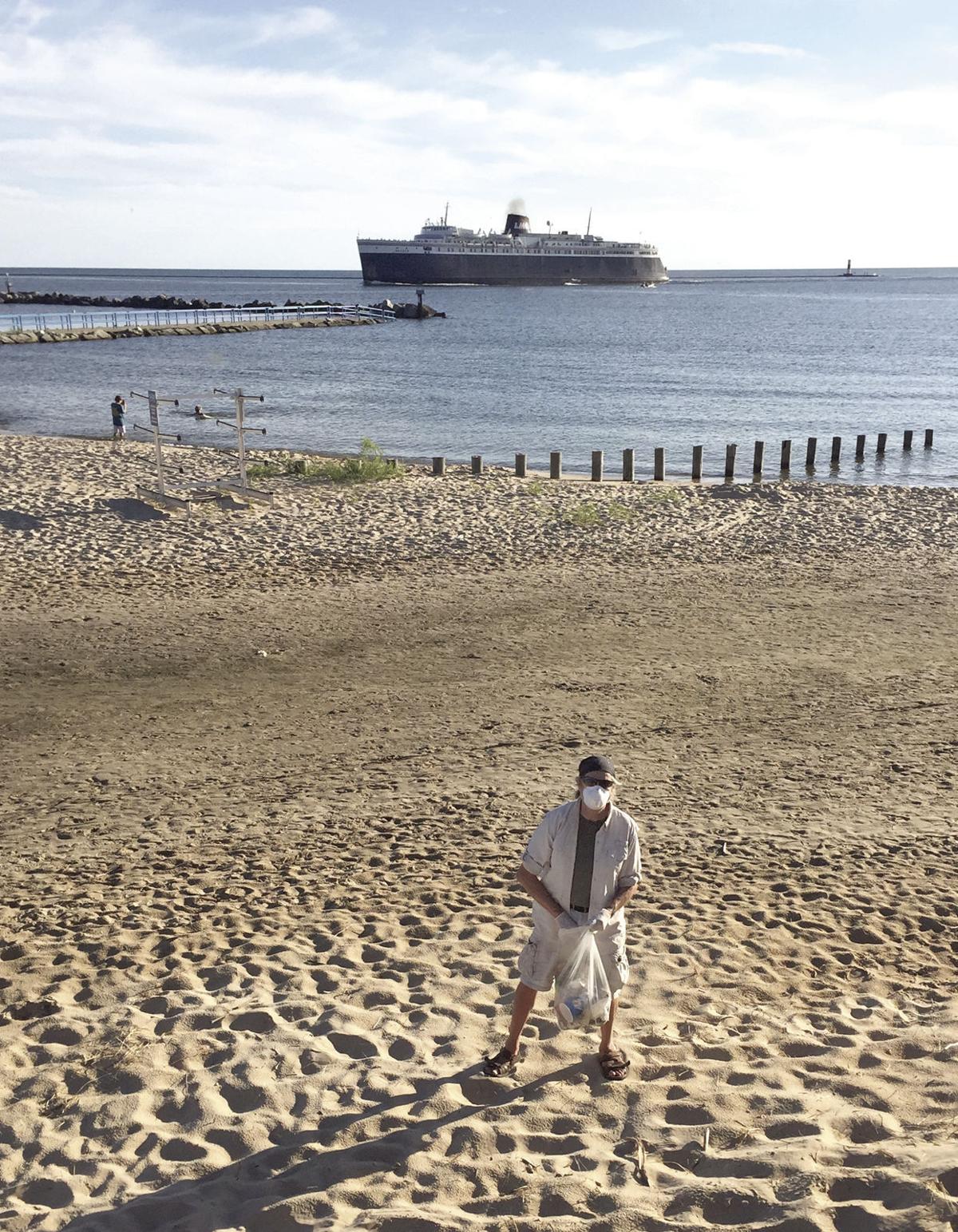 AFFEW board member Sara Bolan picks up trash from the dune near the new plaza during the beach sweep.

About 25 people helped clean litter from the Stearns Park beach area Wednesday night — with an emphasis on the dunes, the plaza and areas on the southern end of the park — and the plastics they found may end up in shirts on the backs of other friends of the Great Lakes.

The sweep was co-sponsored by the local environmental education group A Few Friends for the Environment of the World (AFFEW) and Ann Arbor-based Oshki, a company started by University of Michigan finance major Jackson Riegler of Muskegon, who is creating a business to recycle beach plastic in a sustainable way. One focus is how to adapt the waste stream to improve sustainability.

Riegler brought a few of his company’s T-shirts to Wednesday’s cleanup — the first Oshki has helped sponsor outside of Muskegon as he seeks to gather more plastic from more Great Lakes beaches to turn into shirts and other apparel.

The shirts, designed by friend Jimmy Cobb, for now are a mix of plastic from beaches and also other recycled plastics — he doesn’t have enough volume from beaches since his reach has been limited so far.

His manufacturer in South Carolina tells him it takes about six bottles of plastic to make the soft, polyester short-sleeve shirt. More than twice that many bottles are needed to make the long-sleeved T-shirts. He also works with a manufacturer in Brooklyn, New York. The plastics to be recycled are processed in North Carolina.

“The eventual goal is for all the plastic to come from beach cleanups,” Riegler said.

A statement on the West Michigan Environmental Council’s website further explains the clothing company’s philosophy: “The word ‘Oshki’ means ‘Fresh’ in Ojibwe, a Native American tribe native to the Midwest and Michigan. My mission at Oshki is to raise awareness of the threats to our beloved Great Lakes, as we will donate 5 percent of my proceeds to the charities who share this mission.”

He received $9,000 in capital from optiMize, a U of M student-led organization that offers workshops, mentorship and funding for students to create self-directed projects that make a positive impact, according to the University of Michigan. Riegler also has had mentoring from the group.

Julia Chambers, AFFEW co-founder and current president, said she had hoped to bring Oshki to this year’s Earth Day celebration — ultimately canceled due to the coronavirus pandemic — but Riegler couldn’t commit because of final exams.

Bringing Oshki in on Wednesday’s beach sweep at Stearns, however, was doable.

“I thought it was really cool — this young guy cleaning beaches and turning it into clothing,” Chambers said.

AFFEW volunteers spread out, two bags in hand — one for non-plastic trash, the other for the plastics that Oshki might be able to recycle.

Several out-of-town visitors were among the volunteers. Amelia Wallace, 10, of Fort Worth, Texas, cleaned with Sue Gividen, who moved to Ludington 10 years ago from suburban Detroit. Wallace calls her friend “Aunt Grandma.” The two worked together near the water’s edge at the plaza at the west end of Ludington Avenue.

“It’s just nice to be part of Ludington,” Gividen said.

Participating in the AFFEW beach sweep was just one way to show how much they appreciate the area.

Riegler appreciated the support of the volunteers. The coronavirus pandemic and restrictions put in place because of it held back public events he hoped to participate in this summer, but all in all, he said he’s pleased by the support shown.

Next week he will bring the Oshki brand and message of loving the Great Lakes through recycling beach plastics to Grand Haven for a beach sweep there. He is eyeing Traverse City and Chicago as other places he’d like to reach.

By spring he’d like to be part of cleanups in 30 Great Lakes communities.

During Wednesday night’s event in Ludington, a trash can of plastic was collected.

Next time you see that plastic, instead of being trash on the beach, it might be a shirt you’re admiring.