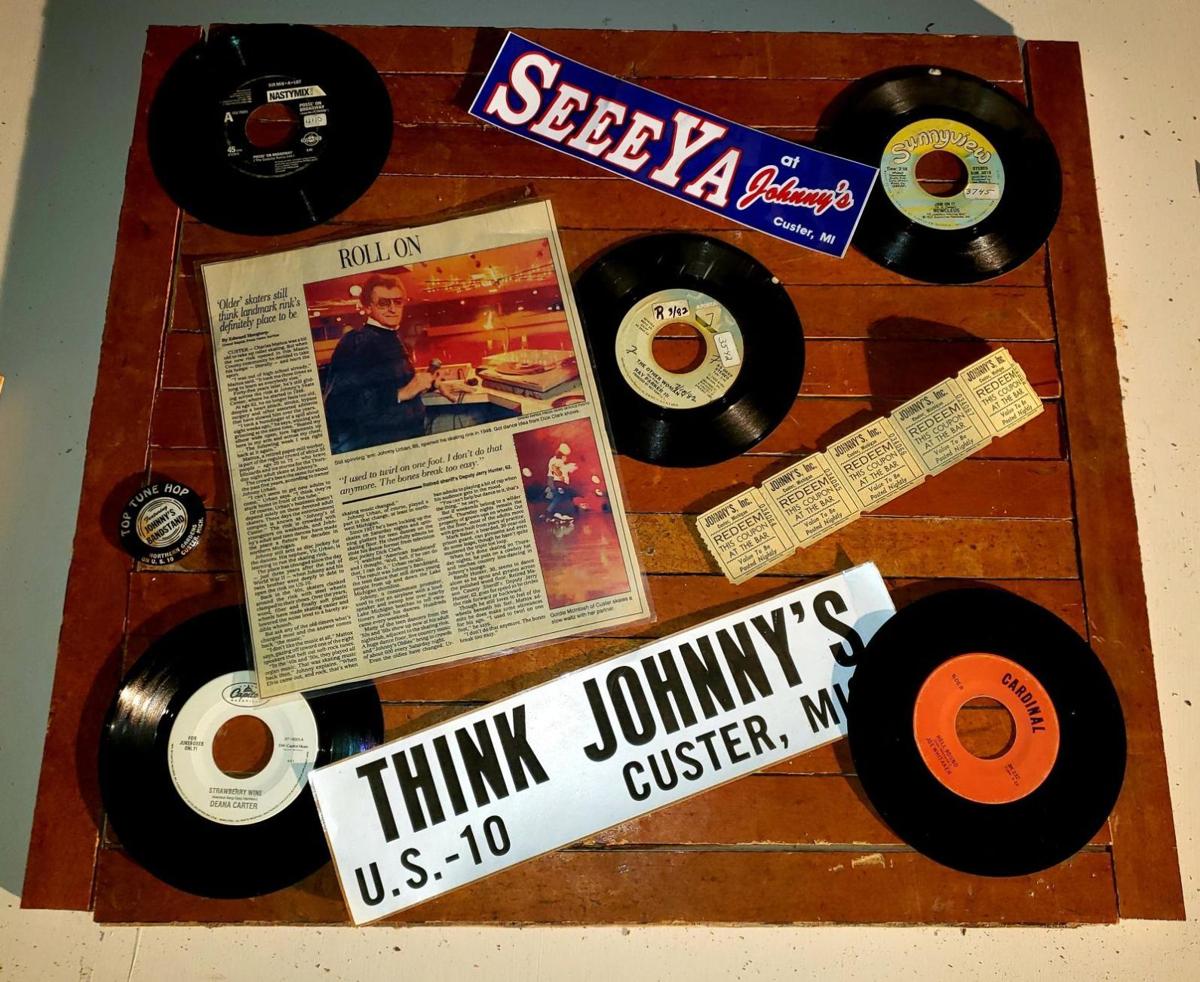 Johnny’s Roadhouse owner Jeff Dietz is selling keepsakes from the bandstand to help fund the creation of an open-air venue for future concerts. 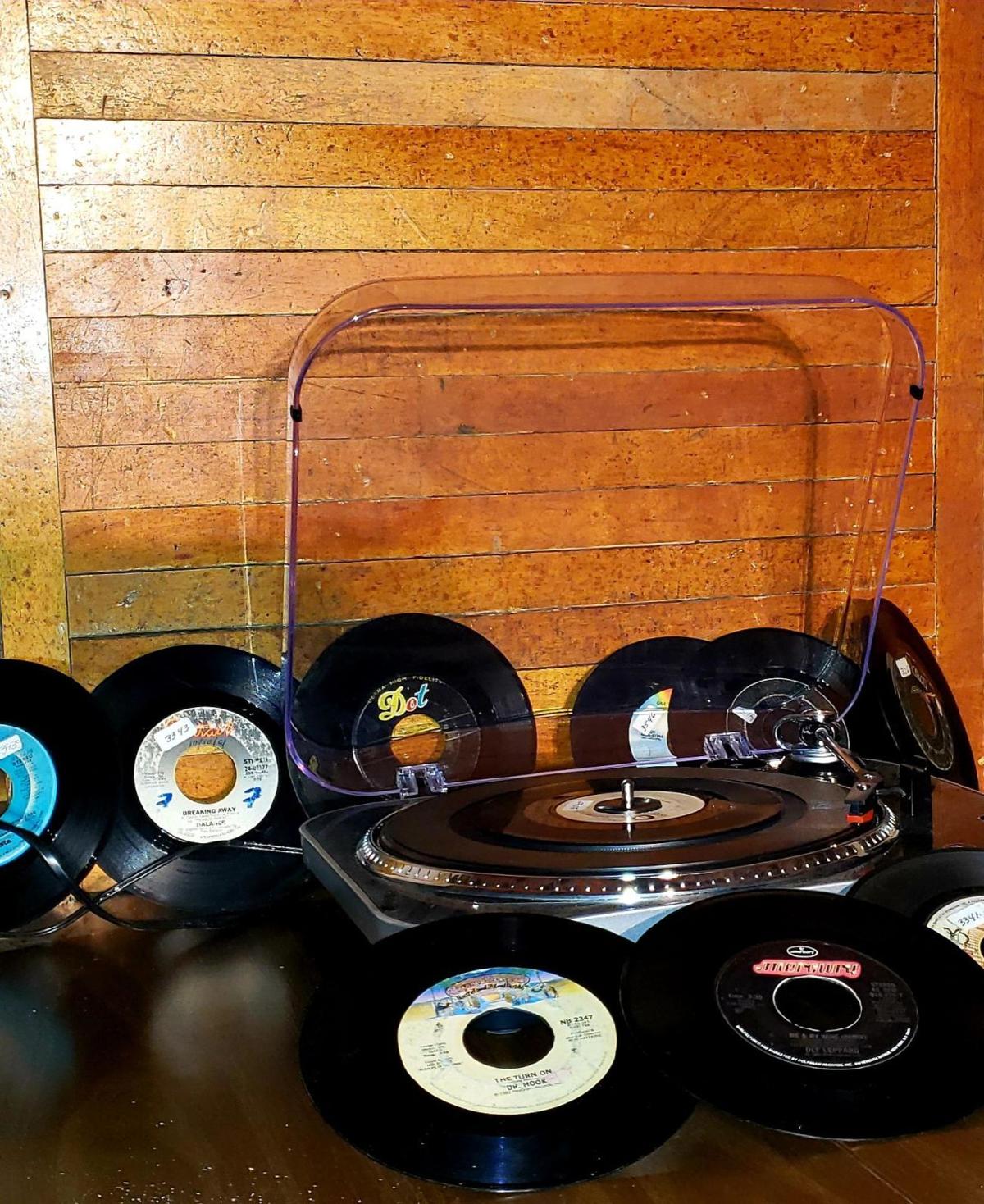 Records, framed photos, pieces of the bandstand floor and more are being sold to fund work at Johnny’s Roadhouse.

Johnny’s Roadhouse owner Jeff Dietz is selling keepsakes from the bandstand to help fund the creation of an open-air venue for future concerts.

Records, framed photos, pieces of the bandstand floor and more are being sold to fund work at Johnny’s Roadhouse.

Johnny’s Roadhouse in Custer is undergoing some major changes, and once all is said and done, the venue is going to be something entirely different.

Work is now underway to tear down parts of the 1,700-square-foot bandstand and to create a new venue, according to Jeff Dietz, who co-owns the restaurant, bar and bandstand — separate from the adjacent Johnny’s Skate Center — with partner Jerri Huneycutt.

After sustaining heavy water damage during a storm in February 2019, and a series of challenges stemming from efforts to make repairs, Dietz is hoping to start fresh.

“We want to make an open-air, outdoor entertainment center, where you can come watch high-end bands five times a month,” Dietz told the Daily News.

Dietz is selling keepsakes from the Johnny’s Bandstand area to help raise funds for the venue’s future.

“We’re making commemorative pieces from the floor of the bandstand… they’re 2-foot by 2-foot, all framed, with some of Johnny’s 45s,” Dietz said. “We’ve been at it for days now, tearing out the floor just to keep up with orders.”

Some members of the community have been upset by the impending loss of the bandstand, Dietz said.

He noted, though, that there has also been support. Already, fundraising has brought in thousands of dollars, not only to help with the project, but to recoup some losses and settle some outstanding debts.

“We’ve already raised about $4,000 to $5,000 selling chairs and tables, because we’ve got to make money to do what we’re going to do. We’re selling everything.”

It’s been a turbulent couple of years for the couple, who purchased Johnny’s in fall 2018.

After a successful start, the storm, then insurance issues, then COVID-19 got in the way for Dietz and Huneycutt, who initially purchased the property with hopes of renovating the famous bandstand area and reopening it for concerts.

“We thought it was going to work… We wanted to keep the bandstand,” Dietz said. “It’s bittersweet. It’s not going to be Johnny’s anymore. We don’t know what it’s going to be (called), but let’s face it, Johnny’s hasn’t been the same sine the ’80s.”

Dietz said the future he envisions might not be possible without the help of Upper Hand Construction, an LLC that came to his aid when he thought there might be no way to forward, and Jeff Poulson, the general contractor overseeing the current work.

“I’m so blessed to have Upper Hand Construction in here helping me,” he said. “We’ve worked all night for the last four nights, tearing up walls, tearing up flooring.”

Another boon for Dietz happened just a few weeks ago, when he and Huneycutt were offered an opportunity to have the restaurant and bar area featured in a film.

“About a month ago, I got a call from someone saying they’re filming a movie and would like to use (the restaurant). The asked if we’d be interested. I said it couldn’t be bad for us, so we decided to sign the contract and let them film.”

As for what the future holds Dietz said there are still some details to be worked out.

“The design is still in (flux), but the big room area is going to be turned into a stage, it’ll be covered, and the rest is going to be gone,” he said. “It’ll be an outdoor event center where you can have wine and painting shows when you’re not having concerts. People can rent the place up.”

He said the hope is that there will be room enough for thousands of people to attend events.

“We’re hoping it will hold more than 2,000 people when we’re done,” Dietz said. “That’s our dream. That’s always been our dream — to have an amphitheater here.”

If everything goes right, there could be performances starting in summer 2021.

“I want to be able to bring something here, and not lose our investment,” he said.

Dietz said the last few years have been challenging, and he wants people to understand that he cares about preserving the legacy of the venue.

“Me and Jerri, we’re good people. We love Johnny’s. We’re givers and we’ll continue to be givers,” he said. “We need people to understand, we’ve spent everything we have — we spent our whole retirement — on this place, and I want to be able to bring something here, and not lose our investment.”

To purchase photos, records, pieces of the bandstand floor, tables, chairs or other memorabilia items, contact Dietz at (704) 960-0017, or visit the Johnny’s Roadhouse Facebook page.