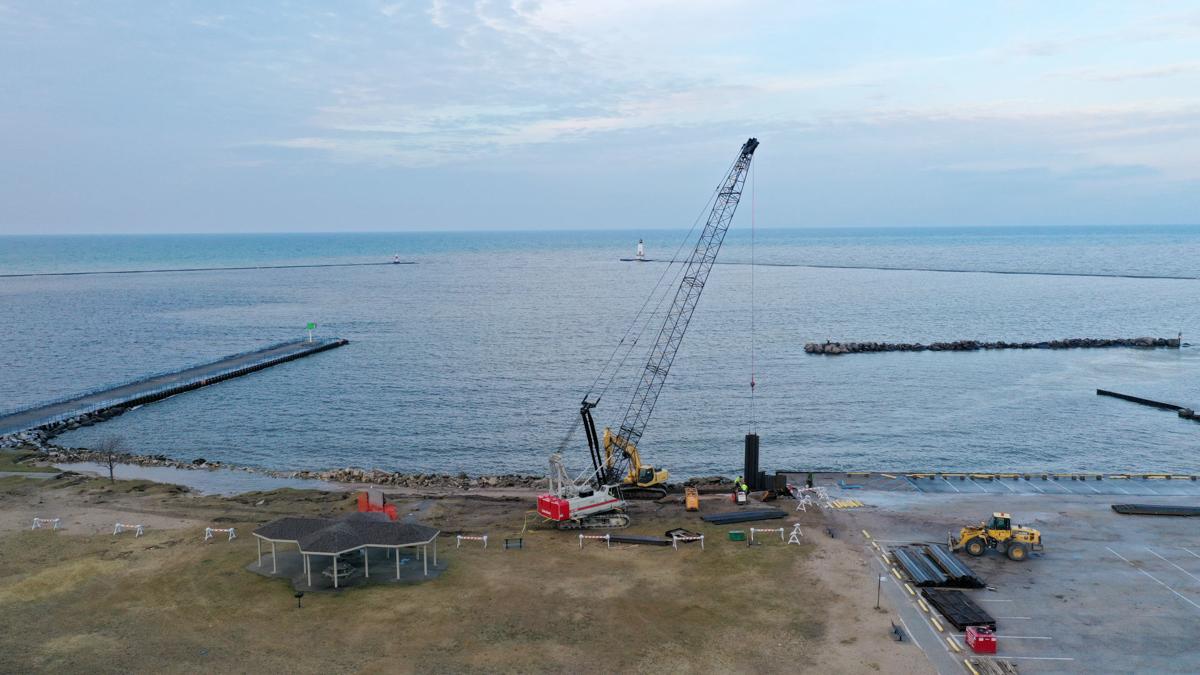 Work continues to stabilize the shoreline at Ludington’s Maritime Heritage Park Friday morning. A crew from Hardman Construction installs a portion of the seawall that will help protect the bank from erosion. 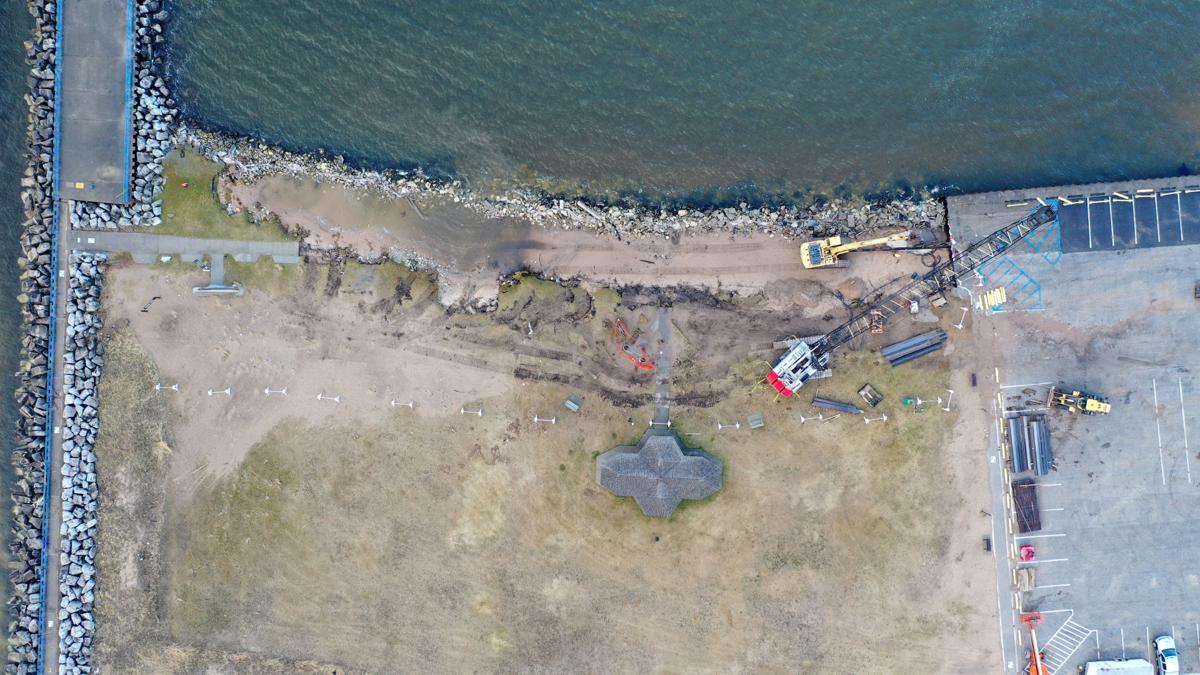 An aerial view of the work at Maritime Heritage Park, which is located near the Loomis Street boat launch parking lot.

Work continues to stabilize the shoreline at Ludington’s Maritime Heritage Park Friday morning. A crew from Hardman Construction installs a portion of the seawall that will help protect the bank from erosion.

An aerial view of the work at Maritime Heritage Park, which is located near the Loomis Street boat launch parking lot.

Water levels on Lake Michigan and throughout the Great Lakes will continue to rise are expected to reach record highs in the first half of the year, according to forecasts from the U.S. Army Corps of Engineers (USACE).

On Friday, the USACE Detroit District stated that water levels on each of the Great Lakes started out higher in 2020 than in 2019, when many records were reached across the lakes. During the first six months of 2020, however, lakes Michigan and Huron are expected to not only meet but exceed previous record highs.

Deanna Apps, a physical scientist with the USACE, told the Daily News that January levels for Lake Michigan and Lake Huron — which are recorded together because the two water bodies are joined at the Straits of Mackinac — will set new monthly high-water records as 2020 unfolds. She noted that the lakes were threatening to hit records even before the end of 2019.

“The monthly mean level for December was less than 1 inch from meeting its record high for December ... (It) didn’t set a new record, but it came close,” Apps said. “January is about 17 inches higher than last year, and by the June, we’re looking at 3 inches higher (than in June 2019).”

Apps said January is expected to close out with a mean monthly water level of 581.50 feet — that’s 2 inches higher than the existing high-water record for the month, which was set in 1987.

The upward trend is expected to continue for the remainder of the six-month forecasting period, according to Apps, who said Lake Michigan will see the most consistent lake-level increases.

'Lake Michigan-Huron is the only one that’s expected to be above records for the entire six-month period.'

Rain and snow this morning turning to rain in the afternoon. Some sleet may mix in. Temps nearly steady in the mid 30s. Winds E at 10 to 15 mph. Chance of precip 90%. Snow accumulations less than one inch.

Snow this evening will give way to lingering snow showers late. Some rain may mix in early. Low 33F. Winds light and variable. Chance of snow 80%. Snow accumulating 1 to 3 inches.

Find Your Next Vehicle

Who do you have in Super Bowl LIV?