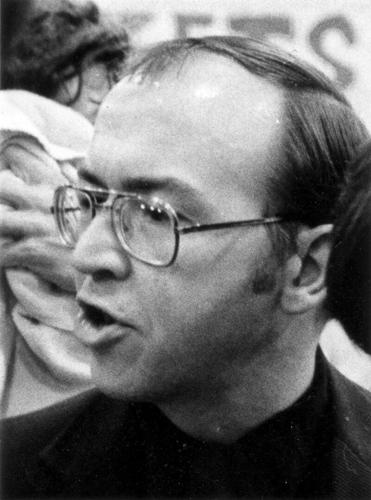 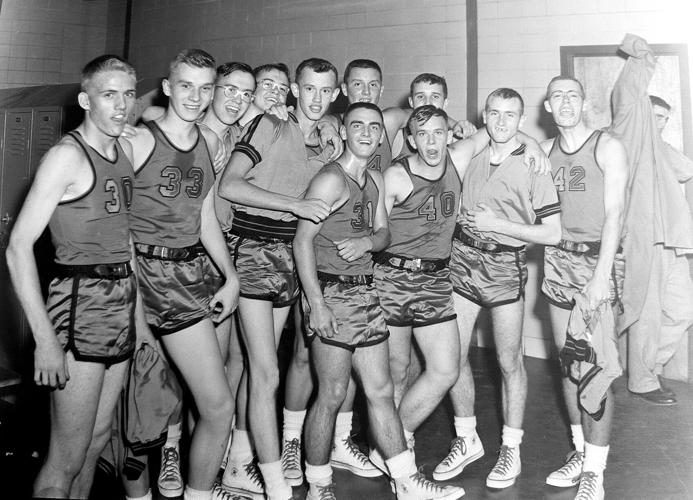 Members of the 1956-57 Ludington boys basketball team pose for a photo in the locker room after defeating North Muskegon, 81-54, at Hawley Gymnasium in Ludington. Members of the team that season were Wally Sadosty, Dean Shank, Steve Schoenherr, Jerry Ponko, Wally Shafer, Gene Shank, Tom Bourisseau, Emery Jorgensen, Bill Backwick, Bruce Smith and Fritz Thompson. The Orioles were 18-3 overall and 8-2 in the North Central Conference, and they won a Class B district championship. 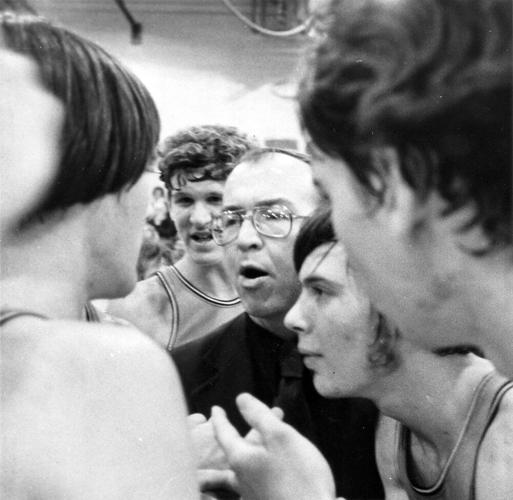 Gene Shank, center, talks things over during a timeout in a game during his coaching career. 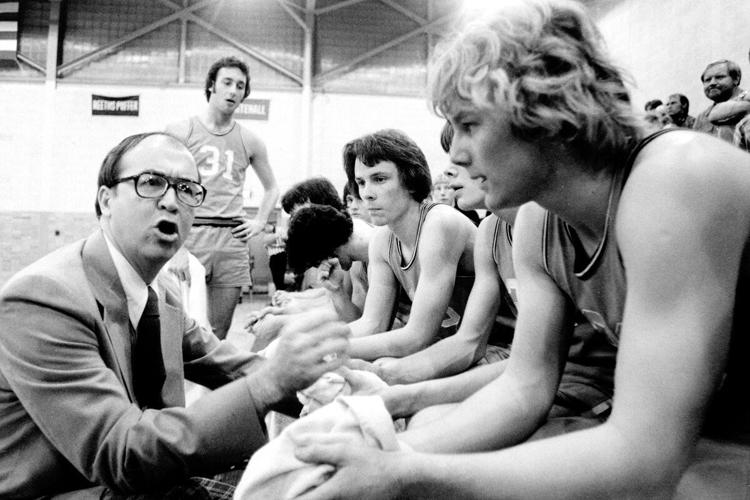 Gene Shank gives instructions to his team during a timeout at Hawley Gymnasium in Ludington. 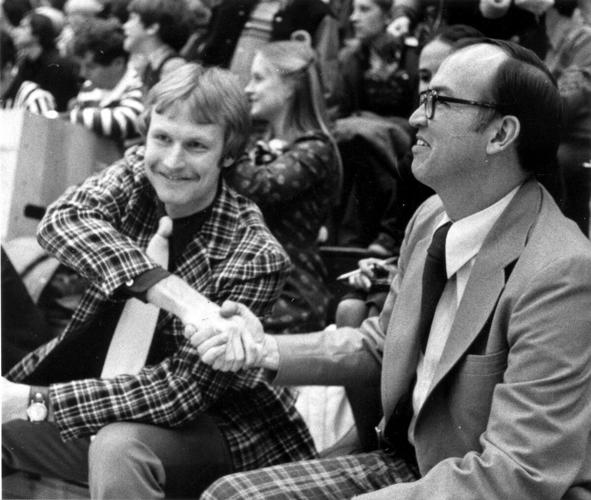 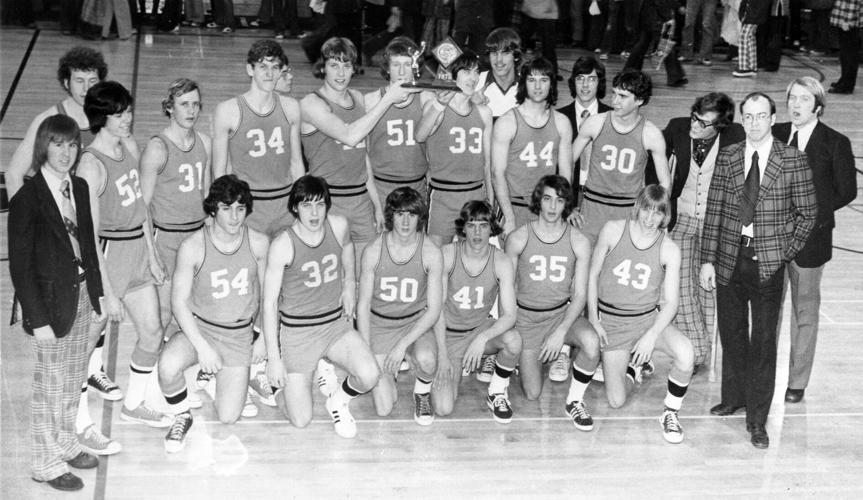 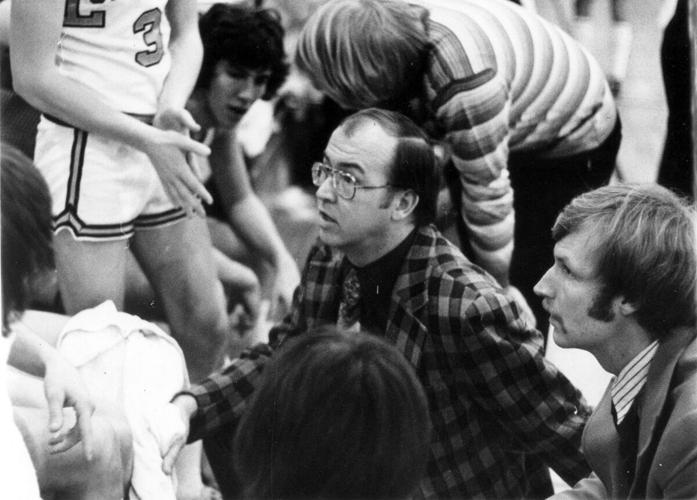 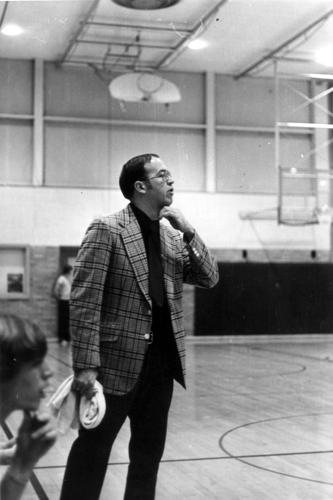 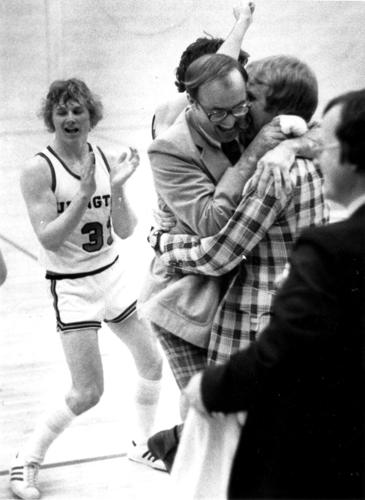 Members of the 1956-57 Ludington boys basketball team pose for a photo in the locker room after defeating North Muskegon, 81-54, at Hawley Gymnasium in Ludington. Members of the team that season were Wally Sadosty, Dean Shank, Steve Schoenherr, Jerry Ponko, Wally Shafer, Gene Shank, Tom Bourisseau, Emery Jorgensen, Bill Backwick, Bruce Smith and Fritz Thompson. The Orioles were 18-3 overall and 8-2 in the North Central Conference, and they won a Class B district championship.

Gene Shank, center, talks things over during a timeout in a game during his coaching career.

Gene Shank gives instructions to his team during a timeout at Hawley Gymnasium in Ludington.

One of the longtime coaching legends that helped to build and continue a winning tradition of Ludington High School basketball, Gene Shank, died Tuesday. He was 83.

Shank and his family moved to Ludington before high school, but it turned out to be a life spent teaching and coaching from varsity to freshman basketball in both boys and girls for more than 30 years, starting in 1965-66 and ending in the fall of 1999.

It was the friendships and relationships he built in his decades that left a mark on those around him.

“He was a super-great guy,” said friend Wally Sadosty Wednesday. “He would do anything for you. I’m going to miss him because he was one of my best friends. You’re lucky to have three or four good friends in your life.

“He certainly was one of them.”

After moving from Ohio when he was in the eighth grade, Shank soon became teammates with Wally Sadosty. The pair, from there, were lifelong friends.

Sadosty and the Shank twins, Gene and his brother Dean, played for longtime LHS coach Joe Kowatch, and the pair were part of a team that was pretty special. They won a North Central Conference championship in 1957 and the district title.

“When we were seniors, we had a pretty good season. We thought we were going to go pretty far. We split with Big Rapids in the regular season, but we lost to them in the regional finals,” Sadosty said.

One young man at the time that watched that 1957 team was Dan Neil, who would one day help coach the Orioles as well as be the LHS athletic director.

“That was much of my introduction to Gene,” Neil said.

After graduating from LHS, he went on to Ferris State where he played basketball for the Bulldogs. He decided, though, to transfer to Western Michigan where he earned a degree in education. After earning his degree at WMU, he went to St. Ignace to coach.

His coaching career began in 1965-66 in St. Ignace — taking over for LHS teammate Steve Schoenherr — and he spent six seasons with the Saints earning a 96-25 record including a 21-2 mark in 1969-70. It was while at St. Ignace he coached against someone who would eventually be an assistant and junior varsity coach for Shank in Ludington.

“I first met Gene when I was a sophomore in Gaylord and he was at St. Ignace,” said Rick Catt. “We played them every year, and they were always first or second in the conference. My senior year, they went to the state finals and lost by two to (Muskegon Western) Michigan Christian.

“Gaylord was the only team to beat them before the state finals.”

While Catt began to go to college, Shank coached for two seasons at Petoskey before coming home to Ludington to teach and coach. He was able to come home because his old teammate Sadosty was the athletic director, and Shank was one of dozens of applicants chosen to take the reins of the Orioles program.

“He did a great job in his hometown,” Sadosty said. “Now his son (Thad) is taking over. It’s really a fun thing to see. We were pretty close.”

Gene Shank put together a coaching staff over the years that included Catt and Neil, too. Catt student-taught under Shank in the classroom, and eventually had a full-time position. Once Shank decided he was going step aside from coaching, Catt was there to coach. But Catt said he learned a lot about how to teach from Shank.

“One of the things I learned from him is if you have a unruly class or an unruly student, if you come down hard, they’ll fight back,” Catt said. “He was able to use humor and joke around. He was very good at that.”

“I just loved working with him,” Neil said. “He got me started. I was a pretty average player, to be honest. Gene was a stickler for doing things a certain way. He insisted the program-wide do those things. He took time to come to your practices. He was just a basketball guy.”

For his career, he racked up 656 victories with 229 at the varsity level. He had 112 varsity defeats and 223 for his career at all levels. Part of the reason Gene Shank decided to step away as the varsity coach was to coach his son, Thad. It was something Thad said he appreciated when the Daily News profiled Gene Shank in 2001 in a special section called, “Top 25: Our Athletic Heritage.”

“I always felt that if I could do half the job my father did, I’d be doing a good job,” Thad Shank told the Daily News’ Kevin Braciszeski in ‘01. “But I think that the most special thing about my father is, that as great a coach as he was, he was a greater family man, putting his family first, and that is a difficult thing for most coaches to do.”

As much as putting family first was critical, the program itself was like a family, Neil said.

“When you got involved in the football program with Dave Goodell or Gene, it really became a family thing,” he said. “I have many great memories at Gene’s house after games or in the summer and we’d get people together and have a good time. Gene and his wife, Diane, were good hosts and always kind people. He went out of his way to make you feel like family.”

Lloyd Wallace, retired Daily News sports editor, said he enjoyed covering the Orioles teams coached by Shank. Once retirement came for Wallace, he looked forward to the stories that Shank could tell about some of the games and seasons of yesteryear.

“He had the best darn basketball stories,” Wallace said, “from his high school days, his coaching days and especially his coaching days in St. Ignace. They were good. It was always an absolute pleasure to sit down with Gene.”

That was something that Sadosty was able to do perhaps as much as anyone. Sadosty and Shank would travel the country together, whether it was going to Cape Cod or going to and from their winter homes on Nettles Island in Florida.

“I would have to say that I would consider Gene my best friend, one of my best friends,” Sadosty said. “Gene was a best friend to a lot of people. That’s the kind of guy he was. He was a great guy. He’d do anything for you…

Do you plan to vote absentee or in-person in the August primary?