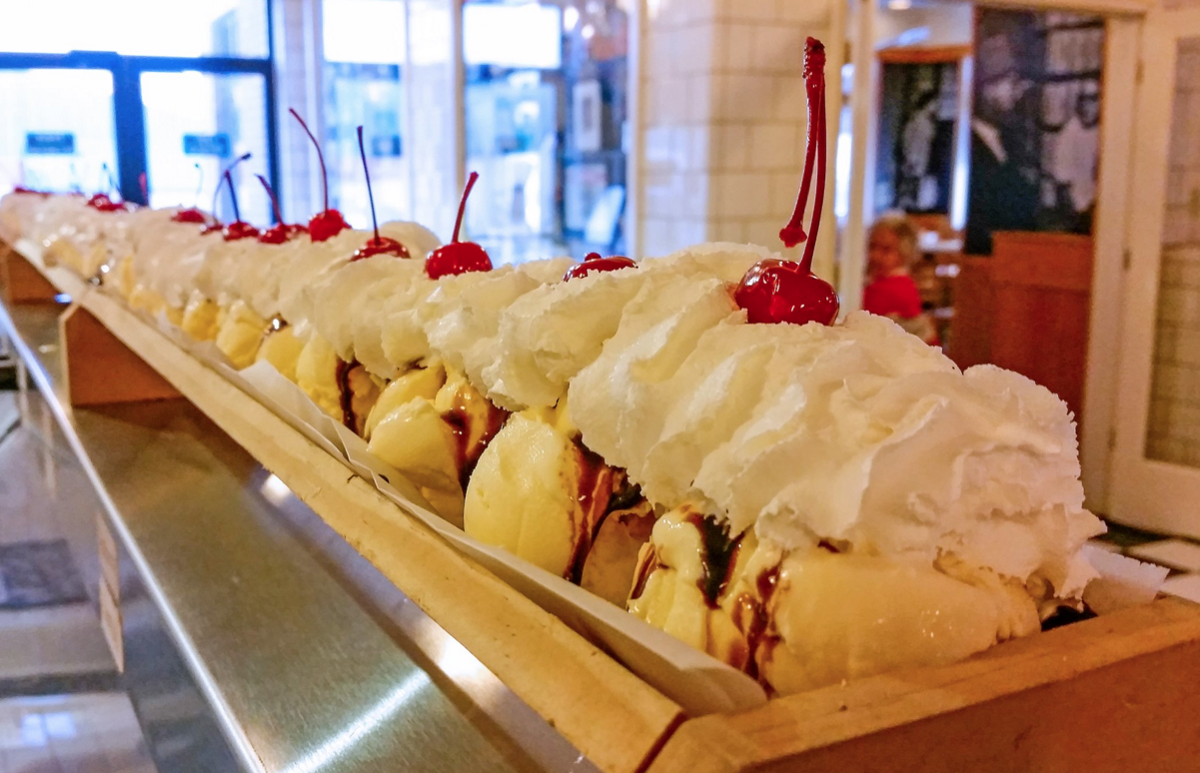 A longest sundae world record attempt will accompany a number of other Love Ludington weekend events. Eaters should arrive in downtown Ludington by 5 p.m., and eating will commence at 6 p.m. 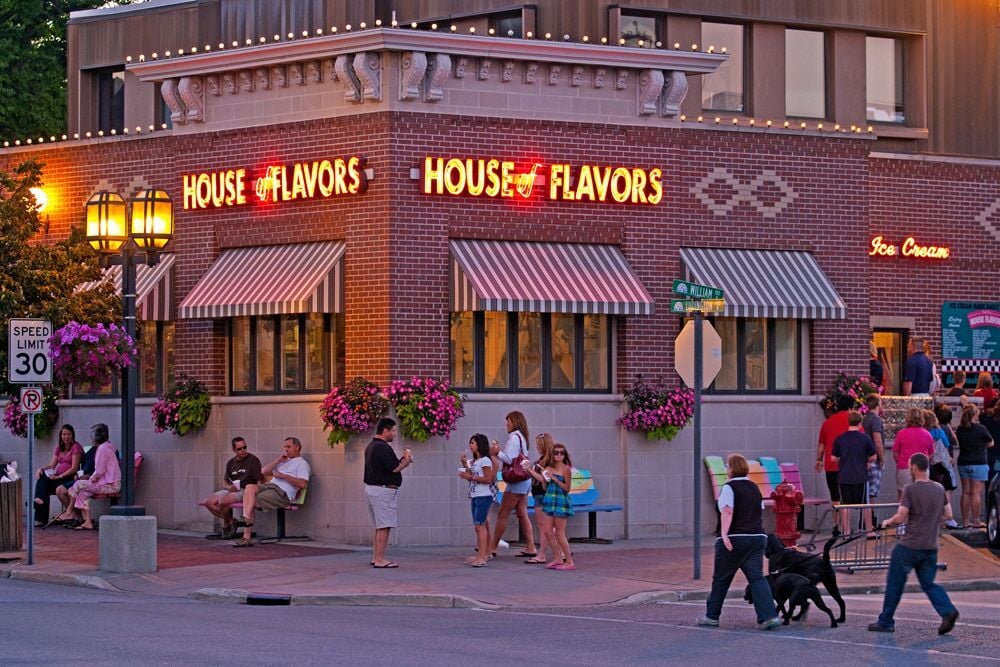 Thousands of people are expected to gather on June 11 in downtown Ludington to help set a Guinness World Record for the longest ice cream dessert, using ice cream from House of Flavors, one of Michigan’s original, continuously-operating ice cream makers and parlors.

And at 6 p.m. June 11, fans of this third-generation family-owned business can join 6,000 other ice cream lovers to do their part in breaking the Guinness World Record for the longest ice cream dessert.

House of Flavors, the official event applicant, will construct a half-mile ice cream dessert made from 12,700-plus scoops of ice cream along eight city blocks of Ludington Avenue between Park and Harrison Streets. (The eastbound lane will remain open to traffic.) But it’s not enough to build it – it must also be consumed. And that’s where the community comes in.

“This world record attempt really gets us in the spirit to kick off the summer season,” said Barry Neal, general manager of House of Flavors. “And what could be more fun than a giant, free ice cream social and community celebration in downtown Ludington?”

The event also will serve as the official “Love Ludington” gathering and group photo for 2016. Love Ludington is a grassroots community movement that highlights and promotes what people love about the area and its residents. It also champions projects and awards mini grants each year. Past Love Ludington activities include installing a downtown community garden and painting wall murals near it, launching sunset beach bonfires, and taking an aerial photo of hundreds of people grouped into a heart shape on the west end of Ludington Avenue.

“This event is an incredible opportunity to unite Ludington residents and businesses, along with visiting friends and family, to celebrate all that we love about this truly special community,” said Julie Schrader, chair of the Love Ludington committee. "We hope everyone comes out to express their passion for Ludington and their fondness for one of our most adored icons – House of Flavors ice cream!”

There are multiple ways to get involved in this first-time event in Ludington:

The dessert must be built following a detailed set of rules to qualify for the longest ice cream dessert, which also must be carefully documented to determine if Ludington is in fact the Guinness World Record holder June 11. Some contest details include:

For more information and to follow updates about the June 11 event to break the Guinness World Record for the longest ice cream dessert, visit DowntownLudington.org/icecreamrecord or the World Record Attempt - Longest Ice Cream Dessert Facebook page at facebook.com/events/1553029038344714/.For information about other Ludington activities the weekend of June 11 (Lakestride Half Marathon, S.S. Badger Pirates of the Caribbean Shoreline Cruise) and throughout the summer, visit PureLudington.com.

About House of Flavors

Founded in 1948, privately-held, family-owned Ludington-based House of Flavors is Michigan’s largest ice cream manufacturer under one roof, producing 30 million gallons annually. One of Michigan’s original continuously-operating ice cream makers, the company’s history of making ice cream dates back to 1935 when it was Miller Dairy, followed by Park Dairy until it changed to the current name. In addition to making ice cream for House of Flavors’ iconic ice cream parlors in Ludington and Manistee, Michigan, the company produces 3,400 recipes of private-label ice cream for its customers nationally – making it Michigan’s biggest private-label ice cream manufacturer. Visit houseofflavors.com  or facebook.com/houseofflavors for more information.

Love Ludington is a grassroots community movement that highlights and promotes what people love about the area and its residents. It also champions projects and awards mini grants each year. A Love Ludington Fund was recently established through the Community Foundation for Mason County and accepts donations. Past Love Ludington activities include installing a downtown community garden, painting wall murals near the garden, launching sunset beach bonfires, and taking an aerial photo of hundreds of people grouped into a heart shape on the west end of Ludington Avenue. For more information, visit facebook.com/LoveLudington.

The Event in Numbers (estimates):

Have you needed to quarantine because of COVID-19?