A photo by Thomas Dean graces the submission page for the Ludington Writers group’s “Making Waves” publication, formerly known as “Driftwood.” Submissions will be accepted May 1 through June 12, and the first issue is set for a September release. 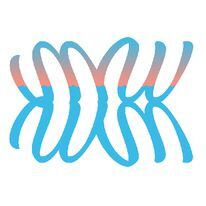 The logo for “Making Waves” was designed by Adam Lance.

A photo by Thomas Dean graces the submission page for the Ludington Writers group’s “Making Waves” publication, formerly known as “Driftwood.” Submissions will be accepted May 1 through June 12, and the first issue is set for a September release.

The logo for “Making Waves” was designed by Adam Lance.

The Ludington Writers group is ahead of schedule with the planned relaunch of its literary journal, and the group will soon be accepting submissions for the first issue, set for a September release.

Submissions will be accepted from May 1 to June 12 for the publication, which has been retitled “Making Waves: A West Michigan Literary Review.”

The group announced in late February that it was starting to focus on bringing back its poetry and prose publication, formerly known as “Driftwood.”

In early March, group president Nicole Birkett told the Daily News that the plan was to revive the publication after a five-year absence. At the time, there were several logistical kinks to work out, and the journal was not expected to return until sometime in 2022.

Since then, in response to an outpouring of support and interest from the community, the group has redoubled its efforts to move the project forward, and cut that tentative timeline in half.

Now, the group is eyeing at potential September 2021 release for the first issue of the publication.

According to Birkett, submissions will be accepted electronically through a portal to the Submittable content management platform on the group’s website, www.ludingtonwriters.org. Physical entries can be sent to the Ludington Area Center for the Arts.

“It moved much faster than I ever expected,” Birkett said on Saturday.

One of the major hurtles facing the group at the start of the year was the formation of an editorial board to oversee submissions.

That editorial board is now intact, and it consists of Birkett herself, as well as with fellow members Jeanie Mortensen, Annie Schrader, Jessica Knizacky and Jaina Nehm.

The Ludington Writers Board of Directors is still meeting virtually due to COVID-19, but Birkett said spirits are high about the progress.

“The board and the members… are excited,” she said.

There has been a change regarding submission guidelines, however. Because the group hasn’t been meeting in-person — and, consequently, hasn’t been able to collect donations — there is now a universal fee of $3 per submission to help cover costs associated with putting the publication together.

“We initially proposed making the first two pieces submitted by active members free. But the members… who regularly submit writing to other literary journals noted that the fee we proposed was very nominal, and close to our suggested donation of $2 per in-person meeting,” Birkett said.

She said there was some concern than the original fee wouldn’t bring in enough funds to cover the cost of the Submittable platform, but a donation option has been added to the website to give supporters another way to help the group cover costs.

Anyone can submit to “Making Waves.”

Each submission can include up to two poetry entries, two prose entries, or one of each.

All submissions must use 12-point type with 1-inch margins. The preferred font is Times New Roman.

Each submission should include a cover page with the author’s name, mailing address, phone number and email address in the upper lefthand corner of the page, the title of the submission in the center and a short author bio two spaces below.

Prose entries should be double-spaced, no more than 1,000 words, and should include no more than two pieces of standalone fiction or non-fiction.

Poetry of any style will be considered. Each submission is limited to no more than two pieces with a maximum of five pages total.

Entries are restricted to previously unpublished works only. Writers are free to submit to other publications simultaneously, but they must let editors know immediately if their work is accepted by another publication.

All electronic submissions should be made through Submittable, at www.wavesreview.submittable.com.

Paper entries will also be accepted via mail or drop-off at the Ludington Area Center for the Arts, where the group traditionally meets. Physical submissions must include a self-addressed stamped envelope and be addressed to Making Waves c/o LACA, 107 S. Harrison St., Ludington, MI 49431.

By submitting their work, writers grant first right to publish to “Making Waves,” and entries might be reprinted on the group’s website. All other rights revert to the author after publication.

The number of accepted works will depend on the number and length of submissions received.

All writers who submit will receive a link to an electronic copy of “Making Waves.”

There are additional document format requirements for electronic submissions. For a full list of submission guidelines, visit www.ludingtonwriters.org/mwwm.

The group is exploring its options for a cover for the first issue, and plans to do an open call for photographic submissions. Birkett said the group uses the Twitter handle @WavesReview to promote the open call for submissions during the last week of April.

Birkett said any leftover funds collected through the submission process will be used to fund scholarships promoting creative writing for students and writers in the area.

For information about joining the group, email westshorewords@gmail.com.

What's your favorite part of the day?