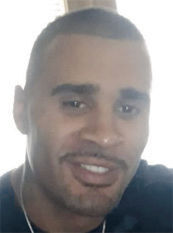 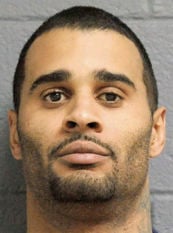 A Mount Pleasant man who is wanted in connection with a Sunday murder and sexual assault in Isabella County bonded out of the Mason County Jail four days prior to the weekend’s incident.

The man, who Michigan State Police say is a suspect in the weekend stabbing of a teenage girl and the rape of an adult female, remains at large.

He is identified as Isaiah “Zeek” Gardenhire, 40, and is described as a black male, 6 feet, 1 inch tall and 180 pounds. He has black hair and brown eyes with a distinctive star shaped tattoo on the right side of his neck. He has a large circular tattoo on the left side of his neck. He was believed to be driving a stolen, dark colored 2014 Ford Fusion bearing Michigan license plate CTBMIKE, according to a press release from the Michigan State Police.

An open murder warrant and charges of first-degree criminal sexual conduct with a weapon were issued Monday afternoon by the Isabella County Prosecutor’s Office.

“We are warning residents of the Mount Pleasant area to keep their homes, outbuildings and vehicles locked,” said Lt. Michelle Robinson, public information officer for the Michigan State Police’s Sixth District which includes the Mount Pleasant and Hart posts.

“We believe he is armed and considered dangerous,” Robinson said. “We are telling people not to approach him but to call 911.”

Robinson stated troopers from the Mount Pleasant post responded to a 911 call at 3:15 a.m. Sunday to a residence on South Isabella Road in Isabella County’s Union Township to the report of a stabbing involving a juvenile. She stated that upon arrival troopers discovered a teenage female had suffered a stab wound. She died later from the fatal stab wound. Additional investigation revealed an adult female was also sexually assaulted.

Gardenhire was arrested in Mason County by sheriff’s deputies on May 27 on a warrant charging him with criminal sexual conduct second degree with a person aged 13 or under when the defendant is 17 or under. He was also charged with a supplemental warrant charging him with being a habitual offender, third offense. The date of the offense was listed as May 1, 2015, according to online records.

According to his pretrial release order from 79th District Court, Magistrate Glen Jackson III set his bond at $7,500, 10 percent.

Mason County Sheriff Kim Cole said that Gardenhire bonded out of the jail six days later on June 2 and used a bondsman to pay the bail — four days before the alleged incident in Isabella County.

His next appearance is a pretrial conference set for 11:15 a.m., Wednesday, in 79th District Court.

But his connections to Mason County go back farther than his most recent arrest.

According to the Michigan Department of Corrections website, Gardenhire was released from prison in February 2020 after serving a little over the minimum term for a crime he committed in Mason County.

On Feb. 15, 2016, 51st Circuit Court Judge Susan Sniegowski sentenced Gardenhire — then a resident of Fountain — to 3 to 20 years on a charge of being a felon in possession of a firearm. Sniegowski said at the time of the sentencing that she followed the plea agreement, according to previous reports by the Daily News. Two counts of felony firearms and a charge of receiving and concealing stolen property were dismissed at the sentencing.

Two men that were charged in connection with setting up the sale of a gun Gardenhire had in his possession were given lesser sentences in the spring of 2016, according to previous reports by the Daily News. Then Prosecuting Attorney Paul Spaniola said the pair were instrumental in the investigation that led to the arrest of Gardenhire.

The events that transpired over Sunday and Monday prompted Cole to call local legislators and voice his concerns.

“With the sweeping law enforcement and corrections legislation that recently went into effect, we need to make sure that we didn’t miss anything,” Cole said. “And I expressed that to our legislators, (35th Dist. State Sen.) Curt VanderWall (R-Ludington) and (101st Dist. State Rep.) Jack O’Malley (R-Lake Ann). And they patiently heard me out.

“I’m not saying there is (anything wrong), but we need to make sure that we’re protecting people so something horrific like this doesn’t happen again,” Cole added.

This story was corrected to reflect the accurate charges in 79th District Court.