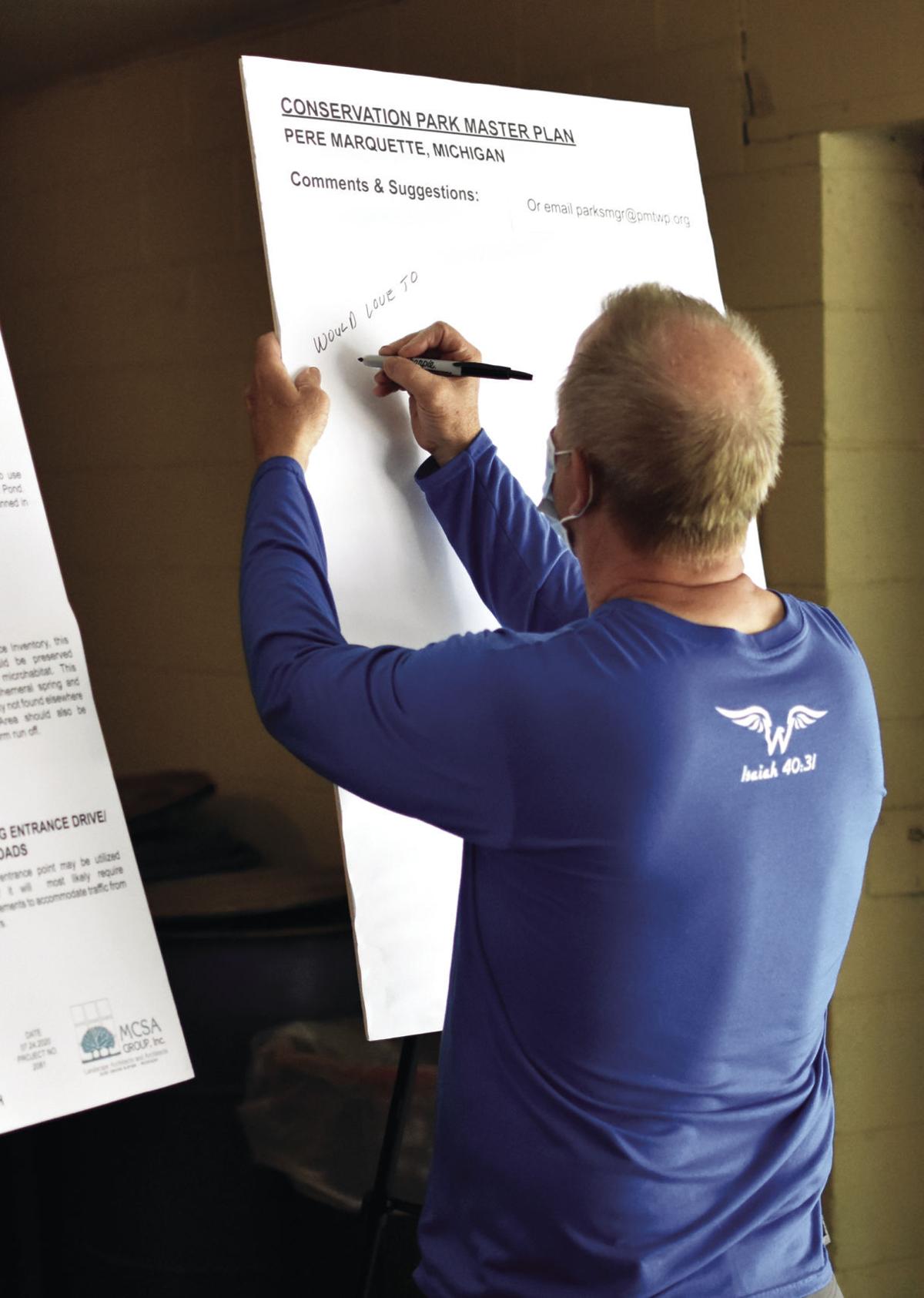 Jim Schultz writes his suggestion for the Conservation Park master plan. The plan had its first public workshop on Friday. 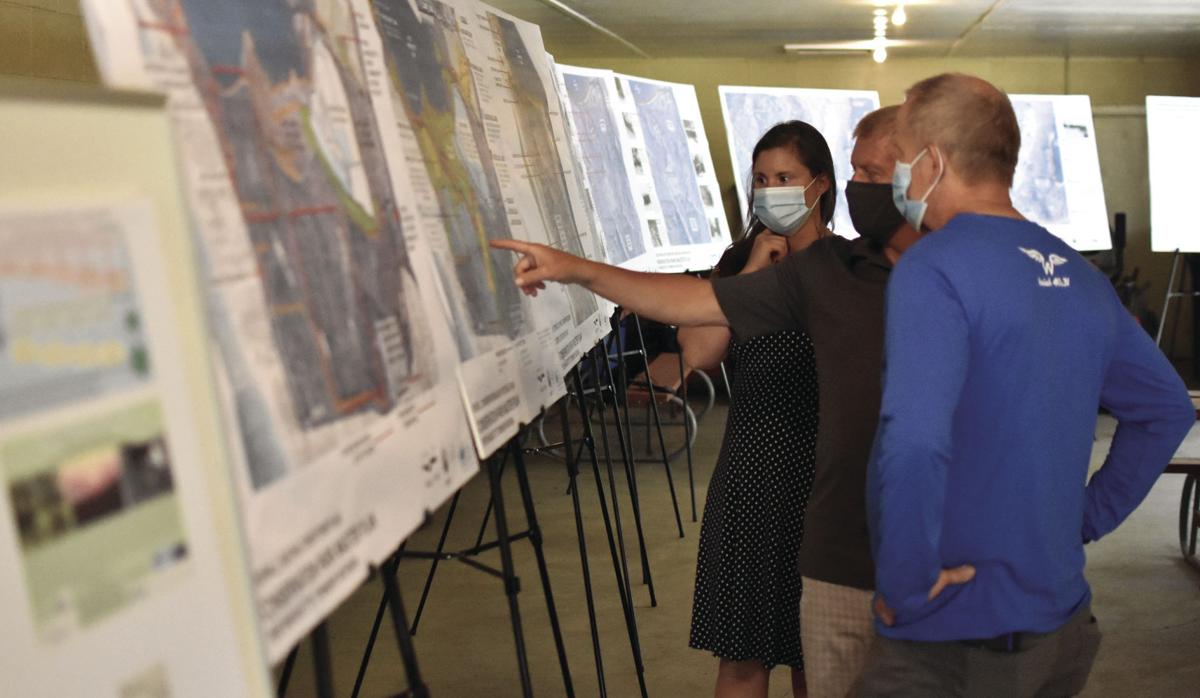 Jim Schultz writes his suggestion for the Conservation Park master plan. The plan had its first public workshop on Friday.

PERE MARQUETTE TWP. — The Pere Marquette Charter Township’s Conservation Park is in its next phase of master plan development, according to Jim Bernier, principal consultant on the project.

The township sought feedback from the public about the preliminary master plan at a workshop Friday.

“Because of the coronavirus, we were going to keep it very casual and as they arrive, flow through the presentation boards and talk about the existing conditions and some of the thoughts we have for improvements and uses for this Conservation Park,” said Melinda Whitten, principal landscape architect with MCSA Group, the company hired to develop the master plan. “We really want to listen to people and hear the ideas they have and what amenities they would use or types of habitat they would like to protect.”

The township received a grant from the National Oceanic and Atmospheric Administration Great Lakes Restoration Initiative to cover 50 percent of the master plan development costs. The planning total is estimated at $40,000, according to Bernier.

Several boards were on display inside the Buttersville Park pavilion Friday for people to get an idea of what the township could do with the property.

“We had a natural inventory report completed for the habitat, then township had some preliminary ideas,” Whitten said. “I like to share (those ideas) with people because it helps them think. It’s easier to start with ideas than have a blank slate.”

A few ideas from the current master plan include expanding the Buttersville Campground, trails for bikes that could connect to the city, a sledding hill, a sports park and a motorized trail.

There are also areas set aside for habitat restoration.

The township is working with the Mason-Lake Conservation District to address invasive species on the property, Bernier said.

Jim Schultz came to the workshop on Friday and said he would like to see a disc golf course installed.

“We are one disc golf course away from being one of the top destinations in the Midwest for disc golf,” he said.

Jim Piotrowski liked the idea of a winter sports area, one of the suggestions on the boards, because he enjoys dog sled racing.

The graphics outlining ideas for the park will be made available online in the future, according to Kelly Smith, parks manager.

The 316-acre property is being acquired in phases. The section south of the Pere Marquette River is expected to be closed on in the next 30 to 60 days, said Bernier.

He said they hope to have another workshop within the next few months and end the year with a finalized master plan.

“(The next stage) will have cost assessments associated with all these improvements and preservation ideas so the township can have a roadmap for the future,” Whitten said.

People who were unable to attend the workshop can email their suggestions to Smith at parksmgr@pmtwp.org.