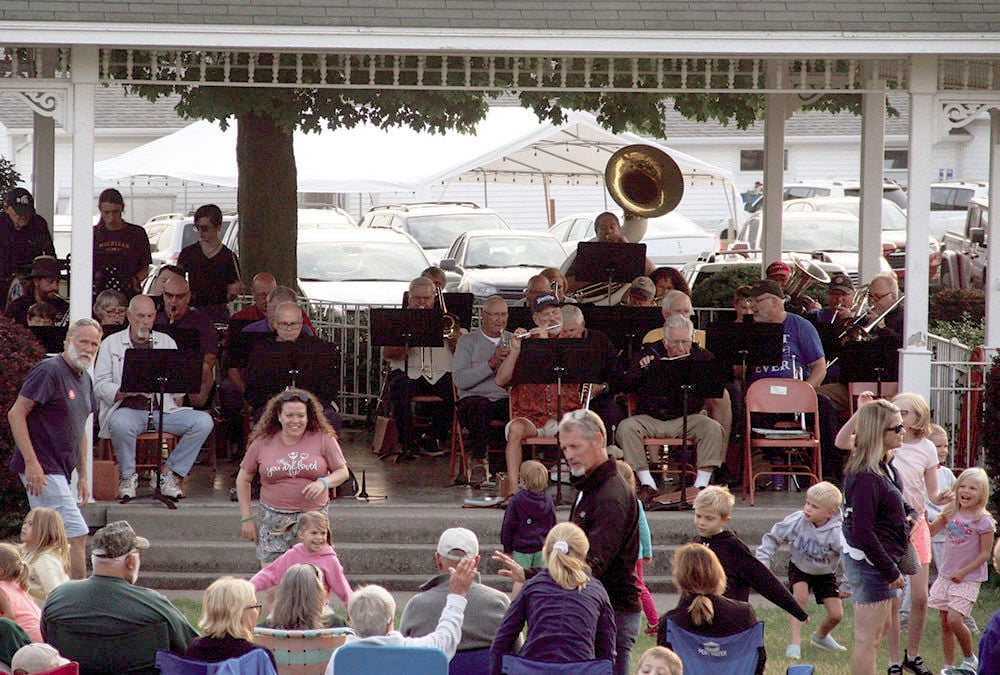 The Pentwater Civic Band playing at its fourth summer concert of 2021. The band has been playing since 1947.

Concert goers gather on the Village Green to watch the Pentwater Civic Band. 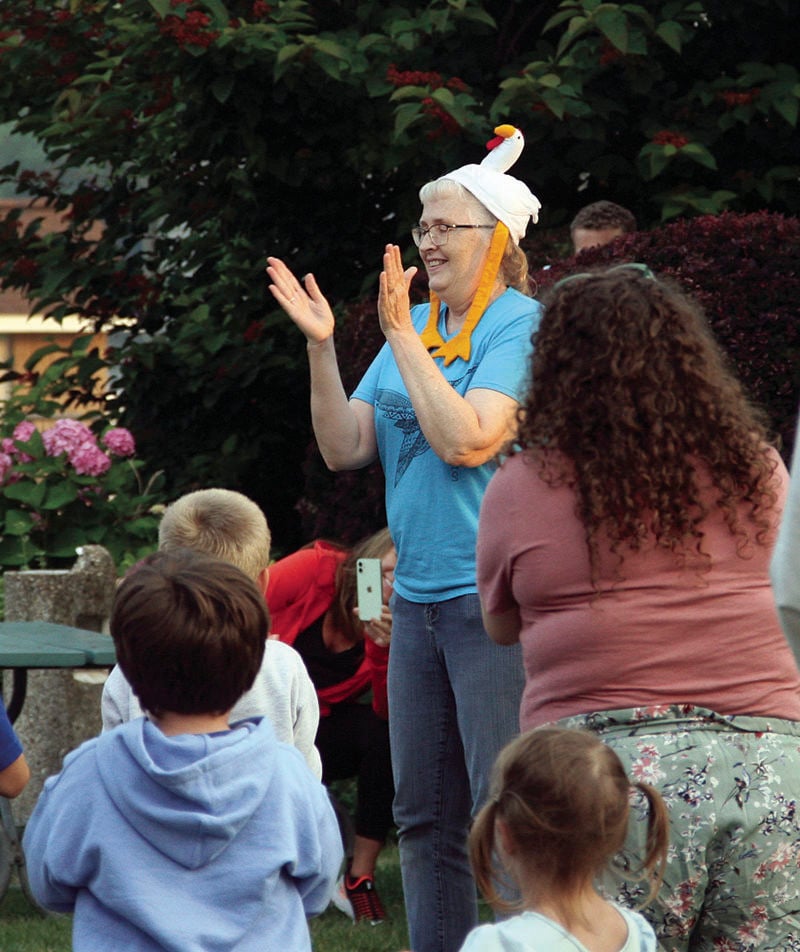 Cathy Loree leading concert goers in “The Chicken Dance.” Her husband, Andy, is a member of the Pentwater Civic Band.

The Pentwater Civic Band playing at its fourth summer concert of 2021. The band has been playing since 1947.

Concert goers gather on the Village Green to watch the Pentwater Civic Band.

Cathy Loree leading concert goers in “The Chicken Dance.” Her husband, Andy, is a member of the Pentwater Civic Band.

PENTWATER — The Pentwater Civic Band is still going strong as the fourth concert is given on the Village Green.

“We love it,” Anna Frazier, a concert goer, said. “It’s a tradition; we come every year, and we enjoy it.”

The Pentwater Civic Band was started in 1947. The age range of the band goes from late-80s to as young as 12 years old. Some of the members have been playing since the band was created. The band does not have a director, instead, the first trumpet will call out the number of a music piece and they will play from there. They mostly perform marches or polkas. Civic Band President Terry Cluchey said he hopes more young people join the band.

“It’s hard to get people out of high school, or even in high school, to come play with us in summertime,” he said.

Many people came to the Village Green to see the band perform. Children danced with family members as the band played. Concert goers were glad the weather was nice. Many said they were glad to be able to see live music again after COVID-19. Frazier, who is from West Virginia but has family in Pentwater, is glad the band still plays every year. Her favorite song the band usually plays is “Stars and Stripes Forever.”

“It’s a great tradition that they’ve continued to do for many years, and I hope they continue to do it forever,” she said.

Another concert goer who was happy the band is still playing is Kalamazoo native Jacob Hopson. He has been coming to Pentwater and watching the band play for 35 years. He hoped the band would play American classics like the “Star-Spangled Banner” and “Dance with the Flame.” Hopson also said he hoped the band would play “The Chicken Dance,” as that song is always a hit with the kids. He loves the musicianship and artistry of the civic band.

“I think it’s a great thing,” Hopson said. “They’ve been around doing this for nearly 100 years or so and I just love that history.”

The concert ended at 9 p.m. The Pentwater Civic Band will continue to play on the Village Green for the remainder of the summer. Their next concert is scheduled for July 22 at 8 p.m.