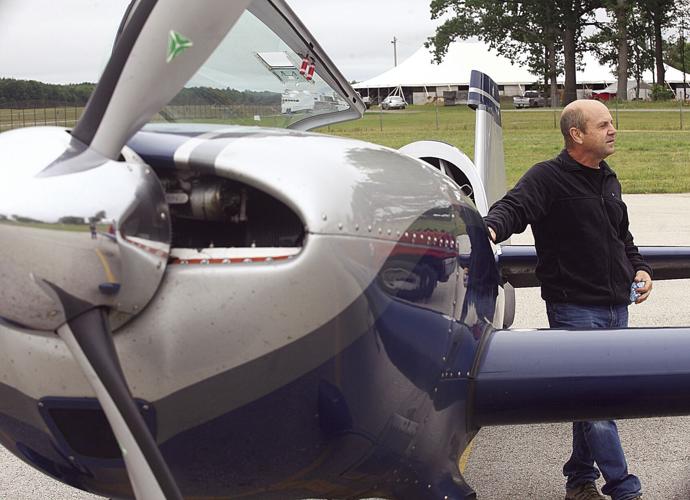 Chuck Coleman talks near his Extra 300 L plane in Ludington in 2015. Coleman, a Mason County native, is receiving national acclaim for his flight training with actors from “Top Gun: Maverick.” 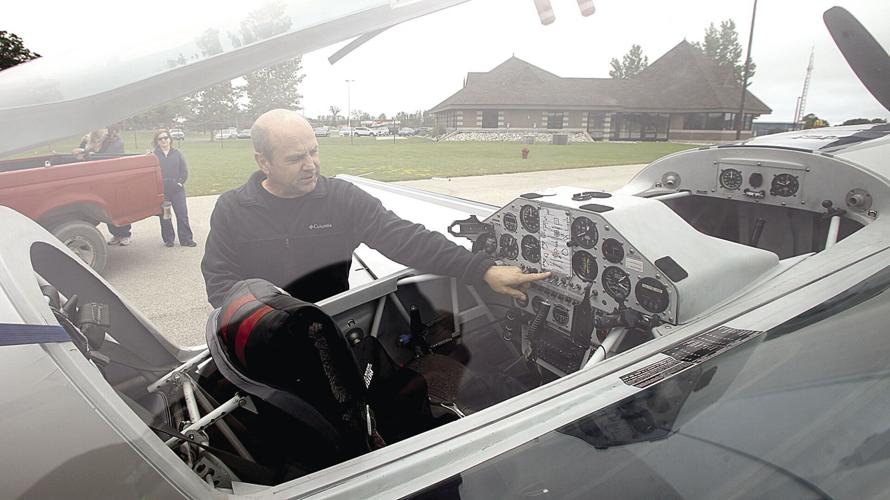 Aerobatic pilot Chuck Coleman shows off a plane at the Mason County Airport in 2015. Coleman, a Mason County native, did flight training work for the movie "Top Gun: Maverick." He's returning to the area to spend some downtime at his Victory Township family farm during the summer.

Chuck Coleman talks near his Extra 300 L plane in Ludington in 2015. Coleman, a Mason County native, is receiving national acclaim for his flight training with actors from “Top Gun: Maverick.”

Aerobatic pilot Chuck Coleman shows off a plane at the Mason County Airport in 2015. Coleman, a Mason County native, did flight training work for the movie "Top Gun: Maverick." He's returning to the area to spend some downtime at his Victory Township family farm during the summer.

Engineering, aeronautics, flight — it’s all been in Mason County native Chuck Coleman’s veins since he was a child.

Now the pilot is garnering national attention for aviation training he did for “Top Gun: Maverick” actors; the film’s cast can be heard in interviews referring to Coleman as a “legend” for the realism he added to the film. But when he arrives in Ludington this week, he’s hoping to kick back and enjoy some well-earned time off in his hometown.

In an interview with the Daily News, Coleman talked about his professional career, the intensity of the training he oversaw for actors in the new blockbuster, and his family roots in the area, which lead back to the Victory Township farm where he’s headed now.

“This summer, I’ll be taking care of the farm. It’s been in the family for 120 years, and it looks like it did back in the ’20s,” he said. “Both my parents were born and raised in Ludington. Grace Coleman, my father’s mother, used to be the treasurer in Ludington for like 40 years, so there’s a lot of Ludington in my family and it’s nice to return to Ludington.”

Coleman said Mason County is where his love for aviation started, calling it a “lifelong” passion dating back to the moon landing in 1969.

“I still remember it,” he recalled, “on black-and-white TV, seeing Neil Armstrong walk on the moon. I saw that … and I just kinda went down a path.”

Coleman attended the University of Michigan where he studied engineering. From there, he focused his interest on aeronautics. After college, he worked on F-18s in St. Louis, going on to help “build a spaceship and send it into space,” which he said was an “impressive milestone.”

Around the time the original “Top Gun” was released in 1986, Coleman was just getting his pilot’s license. Fast-forward more than three decades to the early stages of planning for the film’s sequel: Coleman, with an impressive aviation career under his belt, received a mysterious call about a potential flight-training job.

“Someone called me up and said, ‘Hey, we want you to do some training for us,’” he said. “I went to a very remote airport in California, and I didn’t know what it was about. A producer said, ‘Tom Cruise wants to talk to you about flying.’

“So that was unexpected.”

Coleman said he took a cross-country flight with Cruise during which the two “talked planes the whole time.”

“He said, ‘I’ve got some actors I want you to fly with and teach them to fly the F-18,” Coleman said.

According to Coleman, Cruise said actors struggled with the aerial work the original “Top Gun” called for.

“Actors were getting sick during the first movie. Cruise learned from that that the actors needed to be conditioned better,” he said. “Eight actors I trained turned into 140 flights. That’s a lot of flying.”

“On earth we’re walking along at 1G,” he said. “On a Gravitron ride, you’re feeling two to three times your weight on that, pulling 2-3 Gs.

The pressure takes a toll.

“What happens is the G-force takes the blood out of your head and moves it lower. You get gray vision and tunnel vision and you can even black out,” he said. “You get what’s called G-tolerance, and you have to exercise. The more you exercise you get, the better you get at it.”

It wasn’t easy on the actors, despite many of them being relatively young and “in great physical shape,” he said. The cast was wowed by the degree to which Coleman had conditioned himself during his long aviation career.

“They were wiped out from a flight and I’d just come casually walking in,” he said. “They’d ask, ‘Why aren’t you beat up like I am?’ … They were like, my gosh, why can’t we just walk away from an airplane when we do this stuff?

“It’s because they were pulling some serious Gs.”

Though rigorous, Coleman said the training he and Cruise implemented might have inspired a passion for aviation in some of the actors.

“‘Their future is vertical,’ as Maverick would say.”

Coleman’s proud of the end result, and he thinks the film benefited from his training, which is sometimes referred to as the “Tom Cruise boot camp” since the actor was the driving force behind setting up the training.

“Nothing like this has ever been done,” he said. “No movie ever has done this kind of training for the actors. … No studio is going to take the actors up and do 8 G’s — that’s crazy in most people’s minds (but) it’s noticed for the movie. You go to it and you’re like, oh my gosh, it’s so realistic.

“It’s so satisfying to be part of that. … My mom and sister saw it, my friends — people are always texting me (when they) see me in the credits: small-town guy from the Midwest; No. 1 movie in the world, and he was part of it.”

Coleman spends much of his time in California, offering aerobatic rides and flight training in his Extra Flugzeugbau 300L aircraft. He’s consulted on a few film projects, including the documentary “Black Sky: The Race for Space,” and there could be more in his future following the success of “Top Gun: Maverick.”

Now, though, he’s looking forward to spending some downtime in his hometown, where his love of flight first developed.

“My Michigan roots … is where it started. So that’s where I’m coming back to,” Coleman said.

Do you plan to vote absentee or in-person in the August primary?