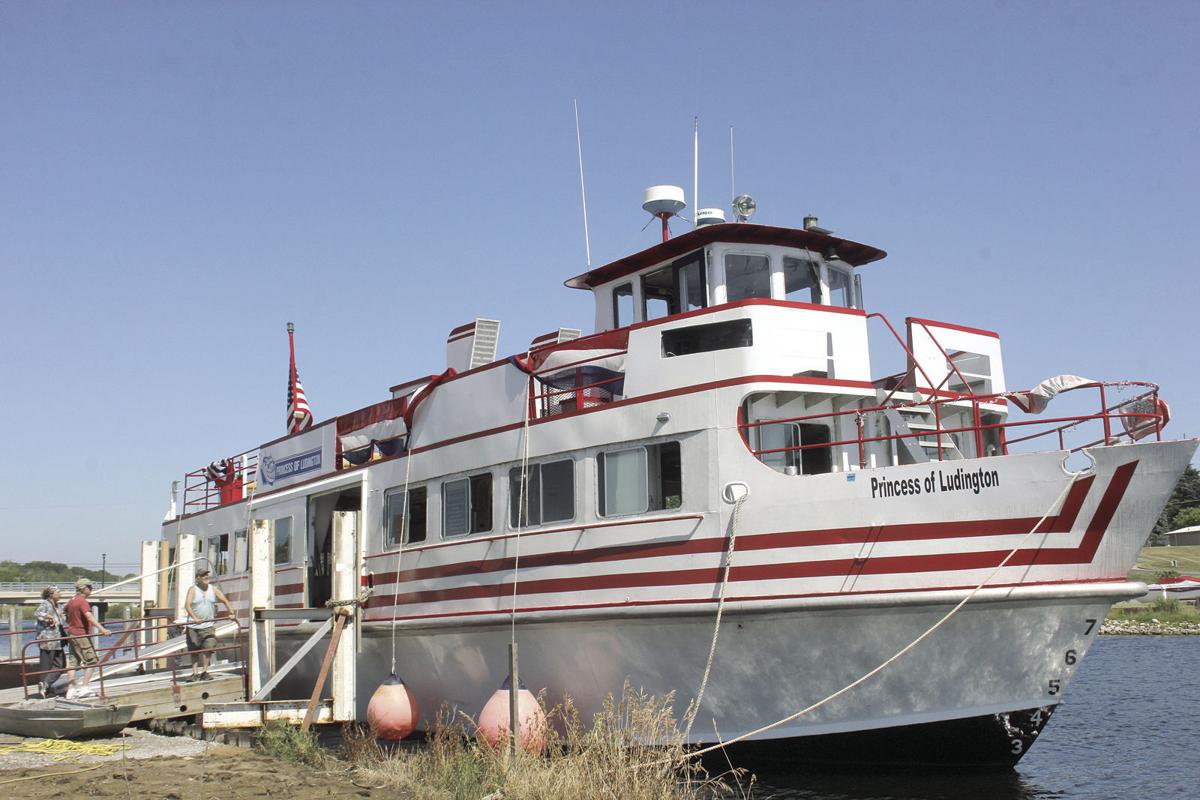 The Princess of Ludington is docked Thursday afternoon in Ludington. It is scheduled to take a private tour Friday and its first public tour Saturday night. 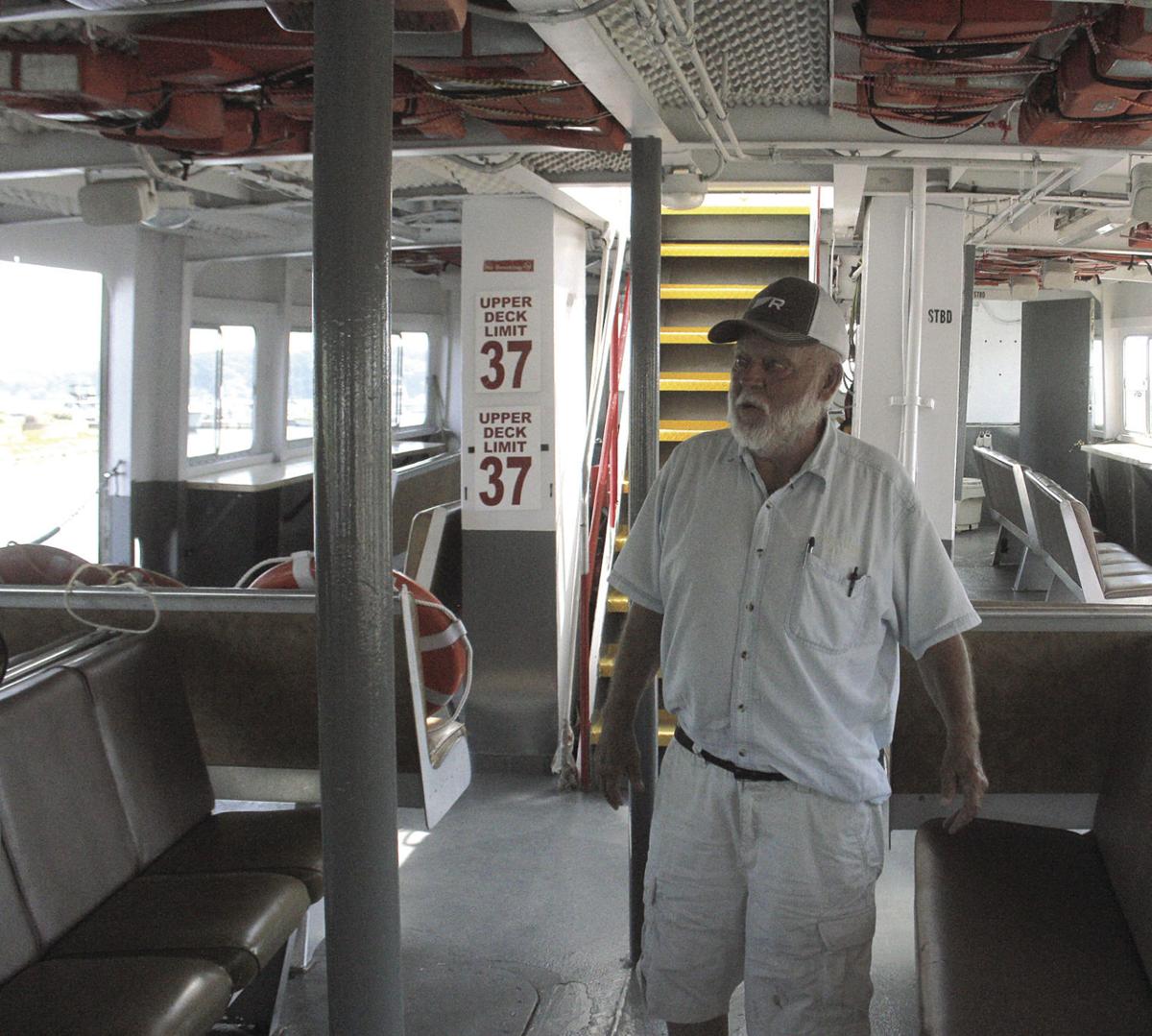 Al Laaksonen stands on the deck of the Princess of Ludington Tuesday afternoon in Ludington.

The Princess of Ludington is docked Thursday afternoon in Ludington. It is scheduled to take a private tour Friday and its first public tour Saturday night.

Al Laaksonen stands on the deck of the Princess of Ludington Tuesday afternoon in Ludington.

The Princess of Ludington was making its final preparations this week as it is starting to accept tours.

The boat’s owner, Al Laaksonen, said the goal along is to make the experience for passengers as enjoyable as it can be.

“It’s just a very comfortable setting for people to enjoy themselves,” he said earlier this week. “That’s what it’s all about.”

So far, the boat has been booked for three private tours, including one that was scheduled for this weekend, and there is a public tour coming this weekend, too.

“I’m going to run a trip on Friday night. That’s a cruise for a private party. There seems to be more interest in that than the tours themselves.”

The public tour is slated to start at 6:30 p.m. Saturday night for a sunset cruise onto Lake Michigan toward Big Sable Point and back to the port.

The Princess of Ludington is a tourboat that was bought by Laaksonen from Apostle Islands Cruises in Bayfield, Wisconsin, along Lake Superior, earlier this year. The tourboat originally served as a ferry to Mackinac Island in Lake Huron. Laaksonen brought what was dubbed the Island Princess, renamed it and had hopes of having daily cruises on Pere Marquette Lake and Lake Michigan.

The boat arrived in the harbor in late May and is docked near Lake Street Marina off of Lake Street in Ludington’s Fourth Ward. Since then, it’s been practicing a variety of maneuvers in Pere Marquette Lake and docking. Laaksonen said they’ve also run up along Epworth Assembly.

“We’ve been out the last two days,” he said on Tuesday, “just going through the harbor, going down to Epworth and turning around and coming back. (We) are practicing our maneuvers out there on the lake so the captains are familiar with this boat. And we are practicing docking here and pulling away from the dock.”

Laaksonen said if the waves are three to four feet, the Princess of Ludington handles it with little problem. It would not run in an adverse weather, though.

“It’s not going to be taken out if it’s foggy or if it’s windy or any of those conditions where it would make people uncomfortable, this boat will not leave the dock,” he said. “That’s all there is to it.

“I used to charter for 37 years in some of the worst weather there is. No more of that.”

The public tours are something that Laaksonen is still working on. He said he needs to have 20 people booked to be able to go on a given day. He originally had plans to have four tours daily, but the demand has yet to match that. There could be a number of reasons for it, including the COVID-19 pandemic.

He had to postpone his online ticketing system, and the reservations are being done by phone.

Thursday afternoon, Laaksonen said he had 22 people booked for Saturday night’s sunset cruise and space is being filled on a first-come, first-served basis.

Laaksonen said the company is doing its part in keeping the boat clean. He said it is cleaning and sanitizing throughout so it can keep patrons safe.

“Everything will be sanitized before and after our trips,” he said.

His plans for the boat for this summer were upended to a large degree because of COVID-19.

“It’s here with us, and we’re going to live with it,” Laaksonen said.

The tourboat can hold 149 passengers, and Laaksonen said the Coast Guard said he should be able to take 70 passengers at a time.

“I don’t anticipate having that many. I’m anticipating trips of having 30 to 50 (people),” he said. “This room has more than enough to accommodate those kinds of trips.”

An inspection by the U.S. Coast Guard was scheduled for 1 p.m. Thursday, and he said it’s been good to work with them. More work was completed earlier this week, including the final installation of the dock.

The planned liquor license through the Michigan Liquor Control Commission has yet to be approved. The license was still being worked on with the state, and this process has been upended in large part because of the pandemic.

Laaksonen is hopeful that the private tours, and however many select public tours, can get him through this summer.

“I’m going to try to survive this year as best I can and be around next year to maybe develop the tour business. That’s how I started out (was) developing a tour business (to highlight the area’s history),” Laaksonen said. “If that’s not there, the private parties — there seems to be a lot more interest.

“People want to have their weddings, their anniversaries, their family reunions, birthday parties, graduations. I don’t know how much is out there, but it seems there is a demand for that.”