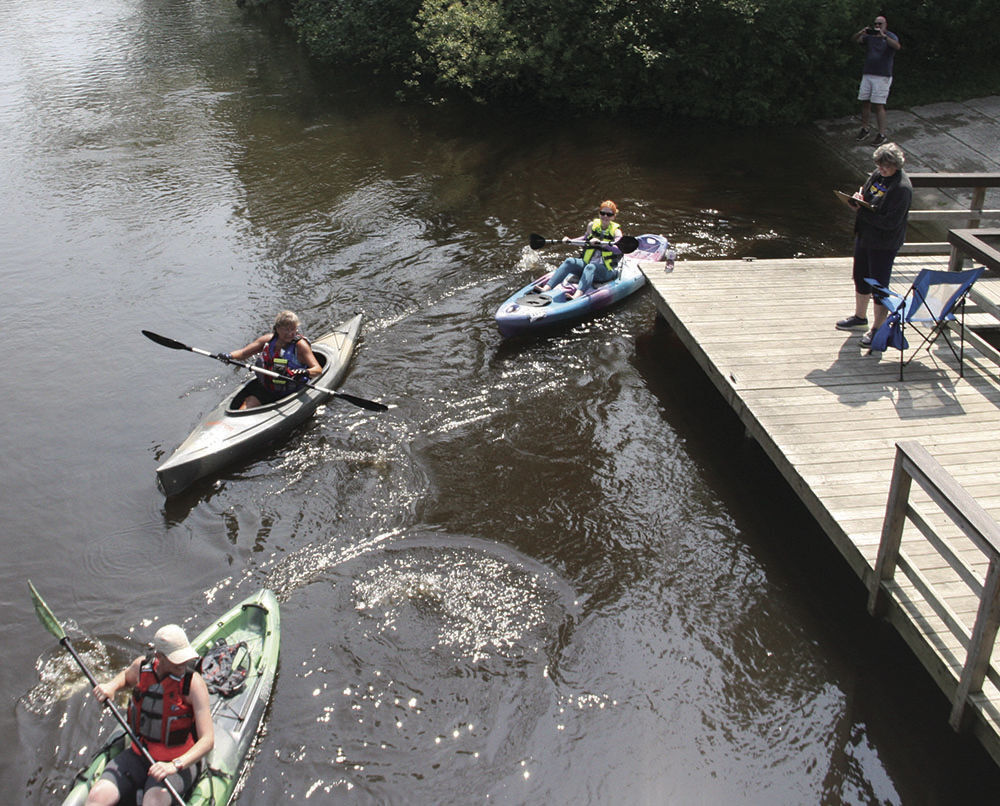 A group of kayakers starting the third portion of the Spartan River Races Triathlon Saturday. 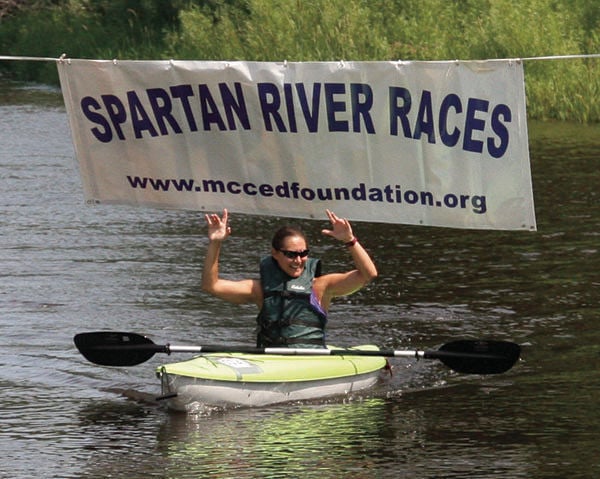 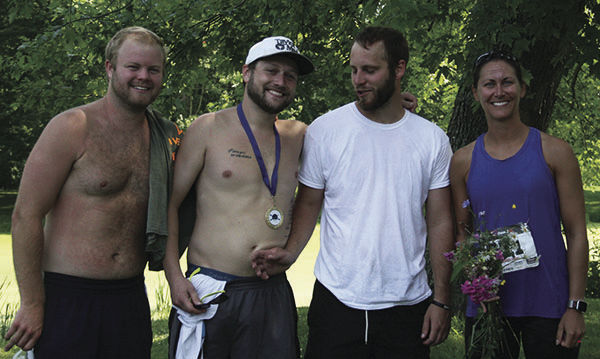 (From left to right) Jordan Carlson, Brad Belson, Justin Coolman and Erica Krajkiewcz pose for an after race photo.

A group of kayakers starting the third portion of the Spartan River Races Triathlon Saturday.

(From left to right) Jordan Carlson, Brad Belson, Justin Coolman and Erica Krajkiewcz pose for an after race photo.

The Spartan River Races met with optimal weather for its 2021 comeback.

“Everybody here is enjoying themselves and we’re having a good time, and supporting a good cause,” Gary Anderson, event organizer, said.

The river races began four years ago by the MCC Educational Foundation as a way to raise money for graduating senior scholarships for MCC students.

Last year, the Spartan River Races were virtual as to not spread COVID-19. Virtual races consisted of racers choosing their own courses, so long as they met usual race guidelines. Now with COVID-19 measures being lifted, the races made a comeback.

The triathlon race began at 9:50 a.m. with bikers making their mark at the entrance of Scottville Riverside Park. They biked 12 miles and then switched to run four miles. Kayaks were then launched at the Custer boat launch after the running portion of the race. The Custer to Scottville race started at 10:30 a.m. with kayakers starting on Pere Marquette River at the Custer Road boat access above the Custer Road Bridge. The finish line for both races was located at Riverside Park. The kayak race from Scottville to Ludington was canceled because recent storms caused trees to block the route.

Erica Krajkiewcz ran the triathlon in 2019 and continued to race virtually last year. She sees the race as a great way to support the school her niece and nephew attend. Krajkiewcz was excited to race in person again. She wished her fellow racers luck before the triathlon began. The attendance for the race was smaller than in the past, but Krajkiewcz said it was nice to be around other racers again nonetheless. Additionally, she was a little worried the weather would affect the race.

“I’m worried it’s gonna be hot. It’s a little late start, so I’m a little worried that the heat’s (going to have an effect),” Krajkiewcz said.

Brad Belson, Jordan Carlson and Justin Coolman were a team in the triathlon. They dubbed themselves Team Dysfunctional. The group also participated in the 2019 race. Belson said he enjoyed the environment of the race. The group planned to get celebratory drinks when the race was over.

“I’m excited to do the team (race) instead of the individual one,” Coolman said.

Seven people were present for the first Spartan River Race post-COVID. The sun shone bright and hot on race day. It ended approximately at 12:30 p.m. when the final kayaker entered Scottville Riverside Park.

What is your favorite variety of apple?