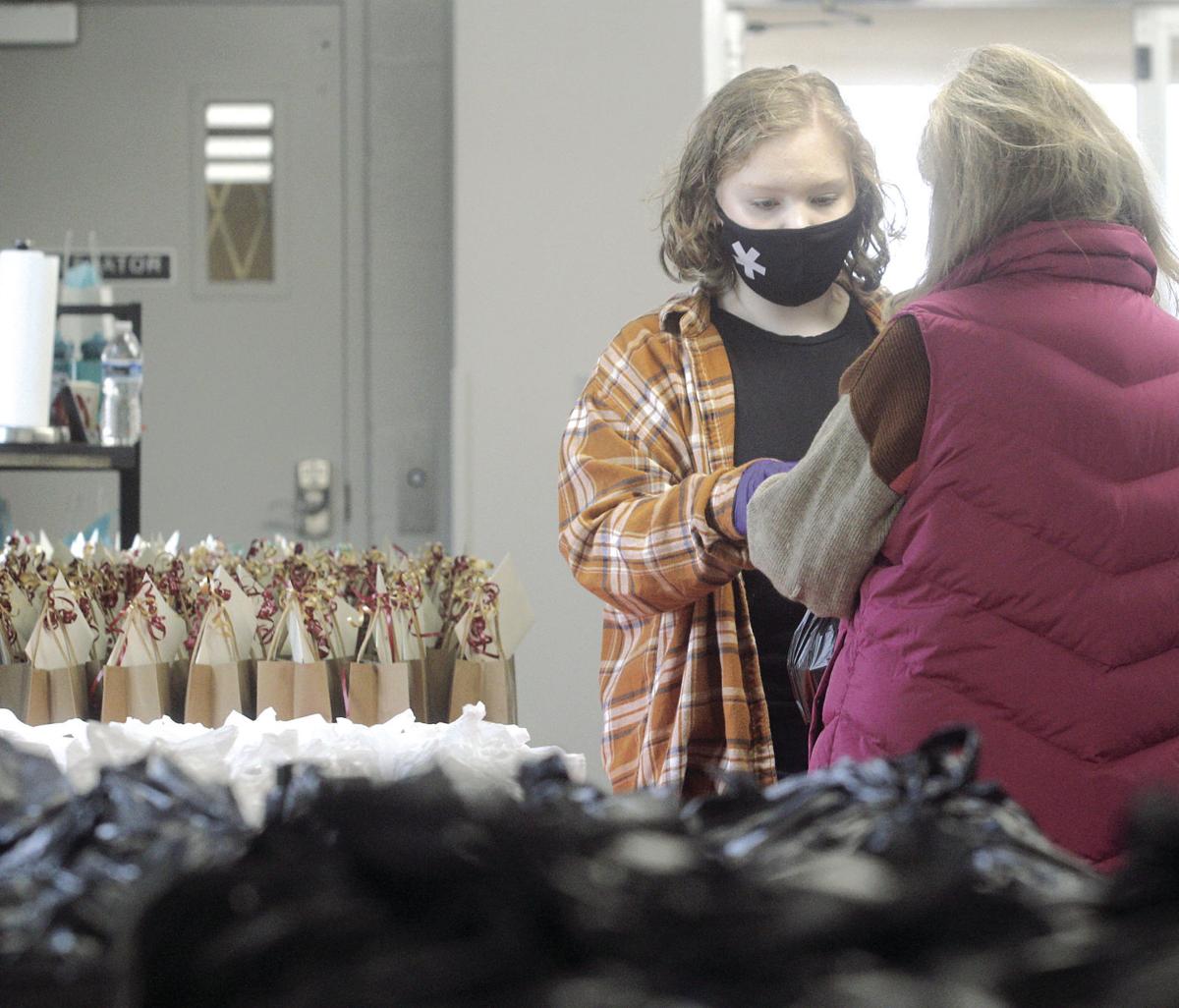 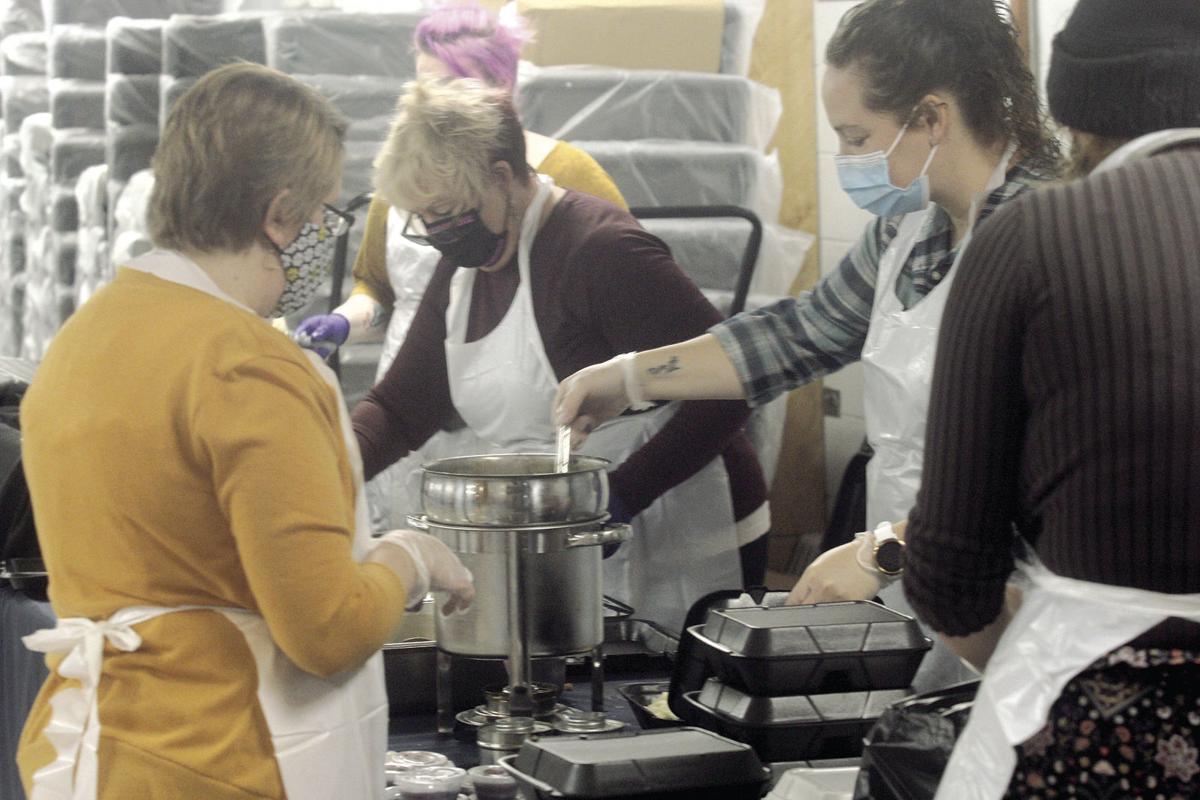 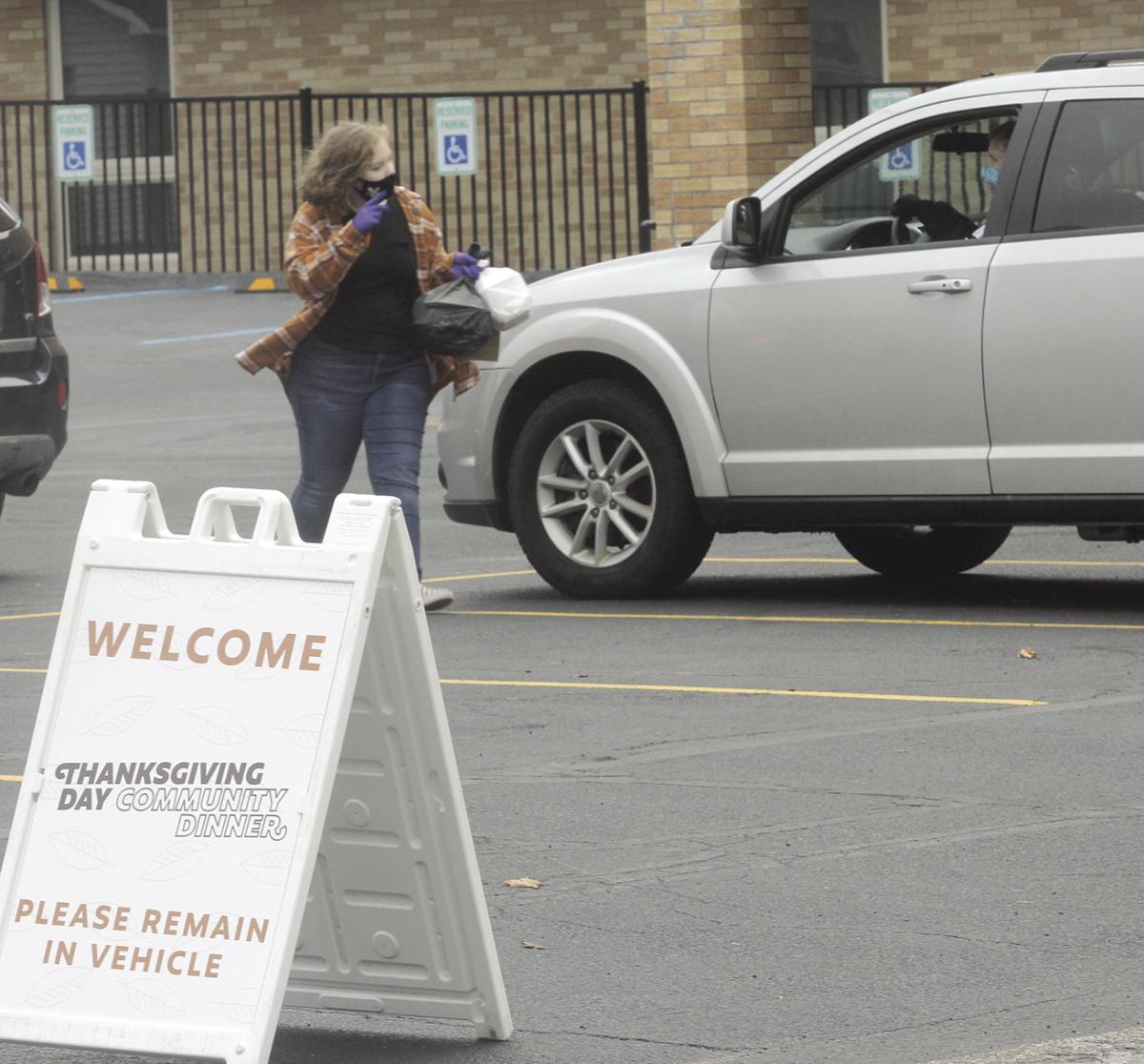 A volunteer with the Thanksgiving Community Dinner at Radiant Church brings a dinner to an awaiting car Thursday afternoon.

A volunteer with the Thanksgiving Community Dinner at Radiant Church brings a dinner to an awaiting car Thursday afternoon.

It might have been a one-time event, but Radiant Church’s volunteers looked like a well-oiled machine as they delivered and handed out more than 600 meals as a part of the Community Thanksgiving Dinner Thursday afternoon in Ludington.

Radiant took on the work of serving up the dinner for this year after Emanuel Lutheran Church was unable to continue its tradition of serving the dinner at its church just a few short blocks away.

“We had about 650 meals, and half of them were for delivery and half were for pick-up,” said Radiant Church Pastor Jerry Theis.

There was a crew of 55 volunteers, the majority of whom worship at Radiant Church, Theis said. Some have assisted with Emanuel Lutheran’s Thanksgiving dinner. Thirty-two of the volunteers delivered the meals, and those deliveries went out quickly around noon.

Gloria Ann Nargis and Vicki Marie of Gloria Ann’s Catering provided the work to prepare the food. Nargis, who worships at Radiant, said there were 315 deliveries and 285 pick-ups.

Nargis said her employees work the dinner, but other than a select handful, the remainder are volunteers. During preparation, volunteers used four different tables to fill the take-out boxes and get them ready for delivery. Shortly after noon, volunteers were down to filling take-out boxes on one table in Radiant’s community room.

Around noon, a handful of cars were in the parking lot. As someone pulled in, their name and number of meals was radioed from the parking lot to the foyer where the pick-up was gathered. The meals were then taken to the waiting vehicles. There was an ebb and flow to the people who were there to pick up their meals as there were two or three vehicles at a time, and sometimes the volunteers were waiting for the next few cars to arrive.

Theis said Radiant will repeat the process again for Christmas. It plans to start taking reservations for delivery of meals or pick-up during the first week of December.

Nargis said this Christmas will be her sixth year of assisting with the meal at Radiant, and she’s anticipating more people than ever looking to take part in the meal — although through pick-up or delivery because of the COVID-19 pandemic.