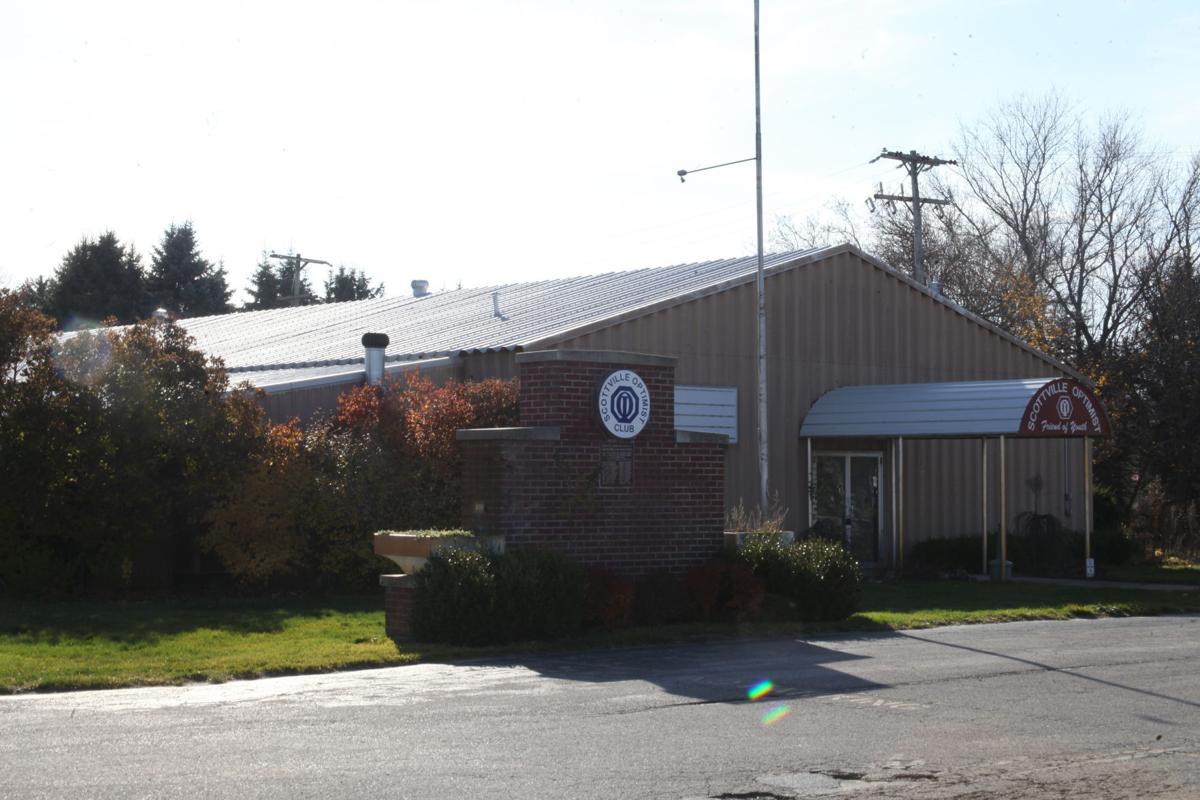 The Scottville Optimist Club building on Green Street is now owned by the Downtown Development Authority, but the club itself has no plans to stop serving the community.

The Scottville Optimist Club building on Green Street is now owned by the Downtown Development Authority, but the club itself has no plans to stop serving the community.

SCOTTVILLE — The Scottville Optimist Club no longer owns the Optimist building on Green Street, but members want the public to know that the club is still around and has no plans to stop serving the area’s youth and supporting community events.

The building and grounds are now owned by Scottville’s Downtown Development Authority (DDA), with the Optimists donating half the value of the building’s worth — about $50,000 based on a recent appraisal — and the DDA purchasing the rest with the City of Scottville’s blessing.

Club President Joe Knowles, who is also a member of the DDA, said he’s fielded many questions from the public about the status of the Optimist Club itself, adding that many people are under the impression that the club has dissolved.

That’s not the case, he said.

“The Scottville Optimist Club, though it’s seen some transition, is certainly not going away," Knowles said. “The building is not the club. The club, and the organization itself, exist outside this building and all of our philanthropic activities along with that.”

Knowles said, in light of the sale, the club is getting back to its most basic mission.

“We’re really kind of honing in on the primary focus of the group — raising money and giving it away. That’s what we’re doing now, and the building has become second to that,” he said.

Optimist Club board member Diane Watts said the Optimists have continued — even during the pandemic — to work together and give to community causes. Recently, the group donated $1,500 to the Hand to Hand food program at Mason County Reformed Church, which provides weekend meals to students at Mason County Central Schools.

She said she’s proud of the community service work the club has done, noting that it has raised more than $50,000 for local causes in the last 10 years.

Knowles said the club has an annual budget of between $5,000 and $10,000 annually, which it plans to continue to donate.

“Anything to do with youth in this community, this club has supported that, and we’ll continue to support that,” Knowles said.

The Scottville Optimist Club currently has 32 members, and is looking for more. They’ll be needed for what’s to come, including fundraising activities and continued community support.

“Anyone who’s interested in a local club that supports youth and is going to support and donate and give away all its funds locally — we’d love to talk with them and share more details about what we do and how they can help,” Knowles said.

Due to COVID-19, members are meeting via Zoom. Also as a result of the pandemic, there will be no Thanksgiving or Christmas dinners this year, but new members are still being sought for planning and organizing.

The purpose of the sale of the Optimist building was two-fold. The goals were to help the city, and to help the club itself, which was struggling with the financial burdens of maintaining the building.

It’s a positive for both the city and the club, according to Knowles, who said the DDA recognized the value in the building, and wants to preserve it.

“The DDA sees it as a vital part of the heartbeat of the downtown. Without this building… we’d lose that activity, and we’d become more of a pass-through town, and we didn’t want to stand by and see that happen.”

The DDA plans to preserve and refurbish the building and grounds, with the eventual hope of developing a community center with an adjacent park space with the working name of Scottville Optimist Park.

Before that larger project can get underway, the Optimist building itself needs some renovations, including a new roof, an exterior paint job, HVAC installation, lighting and electrical work and general interior modernization.

Knowles said the goal is to have that work completed by fall 2021.

“There’s going to be phases to that project, and that would just be phase 1,” he said. “Then there would be sculpture, exterior park remodeling and stuff like that.”

The park development and remodel will be under the DDA’s purview, but, through a gentleman’s agreement with the Optimists, the club will retain some use of the building for its key events, such as Thanksgiving and Christmas parties, veterans dinners, sports banquets and the Spring CommUnity Auction, among others.

Watts said once COVID-19 has passed and the remodeling work is finished, the Optimist Club will be “better than ever.”

“It’s a real positive,” she said. “It’s a positive for everyone.”

Watts said it’s rare that a service organization owns its own building in the first place. She said she’s happy with how the club has handled the building during its tenure as owners, and is pleased to pass it on to the city.

“It’s something that you feel pride in. You feel so good to be able to allow this to take on its next life. It’s something for Scottville,” she said.

More about the Optimist Club

There’s a rich local history tied to the Optimist Club building, according to Watts.

The club itself has been around since 1953.

Rod Merrill has been a member since 1976, when the groundbreaking for the building took place. He said the building was initially constructed to accommodate bingo games and other activities.

“The building was built because city hall, where we’d been holding bingo, was not only too small, but it wasn’t (wheelchair) accessible,” he said. “The building has served us very well. It was built primarily for bingo, which was our major fundraiser.”

Watts added, “The proceeds from bingo built this building.”

It was a social event for Scottville-area residents at the time, but Merrill said interest started to dwindle with the arrival of the casino in Manistee.

“We continued on for a number of years after that, but it was a matter of people changing their ways and where they chose to spend their money,” he said.

Since then, the building was used for weddings rentals, high school and middle school dances, food distribution, FiveCAP’s Toys for Tots/Gifts for Teens and more.

These are just some of the reasons why the club members are eager for the building they’ll continue to use to be renovated.

“It’s really important to get this thing back up and going again,” Merrill said.

Knowles said the Optimists are grateful to the DDA, the Scottville City Commission and all those who have worked to make the sale of the building a reality.

“I’m very proud of our DDA board and the commission and the city overall, to approve the project overall, and I’m excited to see where it leads us down the road,” he said. “The city’s taken steps… to revitalize not only our building, but the downtown area. And this is just step one.”