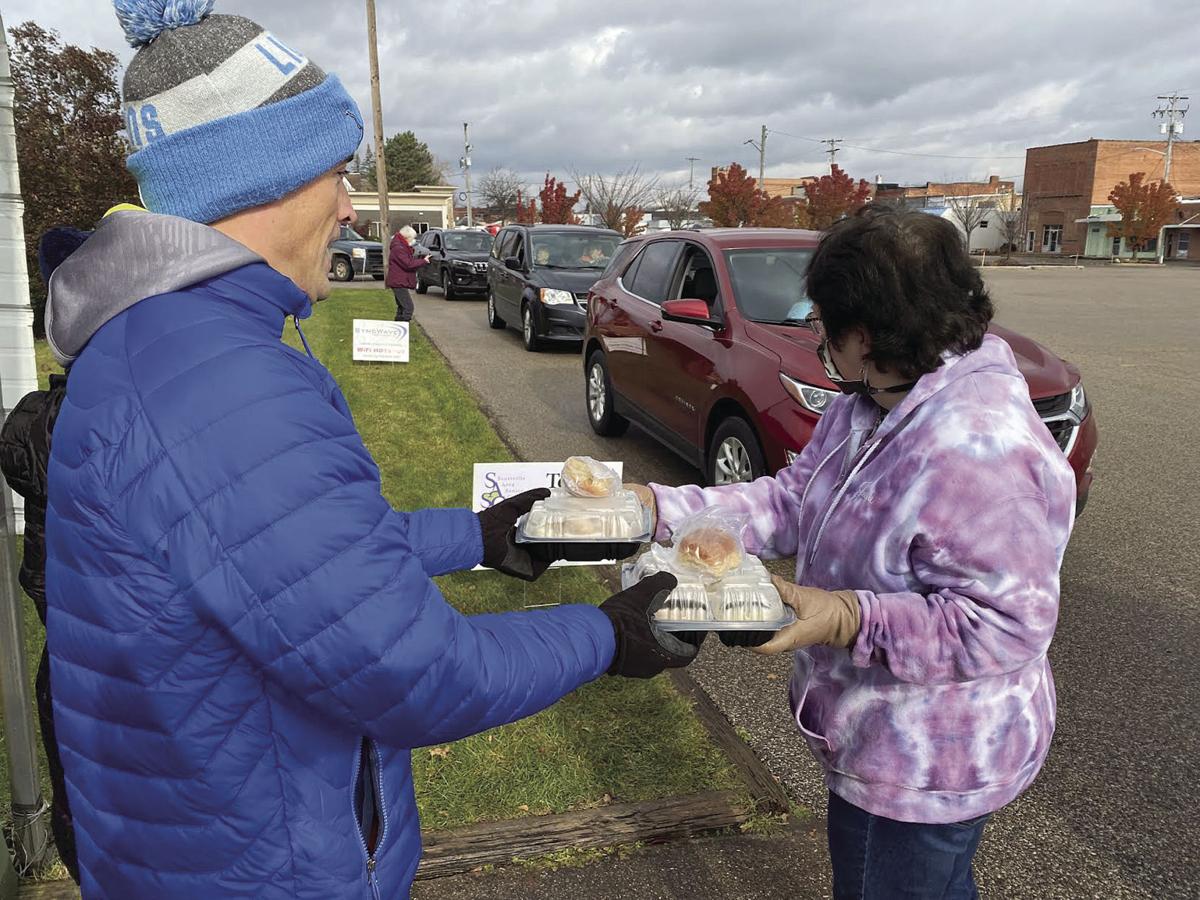 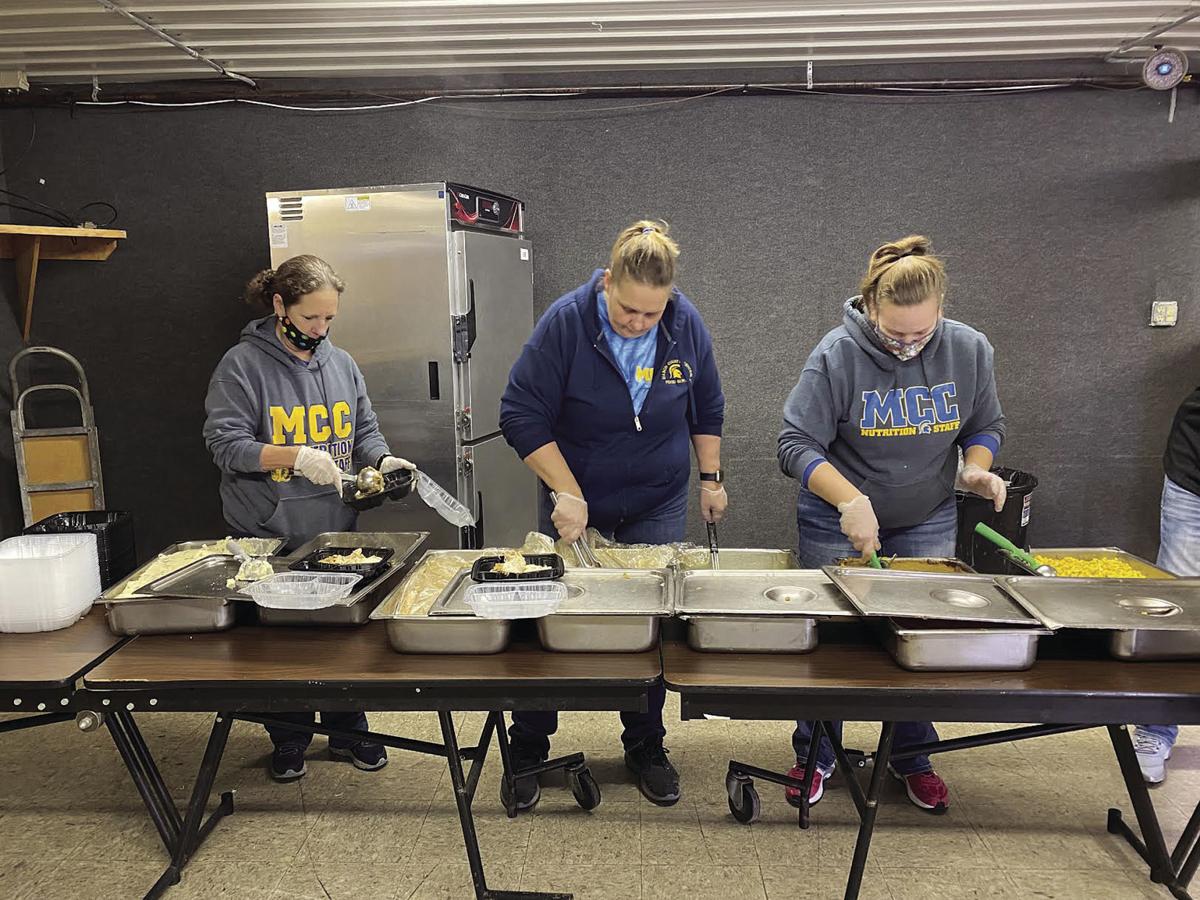 The Mason County Central food service staff works to prepare meals for the hundreds of people who attended Sunday’s Thanksgiving dinner for seniors at Optimist Hall.

The Mason County Central food service staff works to prepare meals for the hundreds of people who attended Sunday’s Thanksgiving dinner for seniors at Optimist Hall.

SCOTTVILLE — The senior Thanksgiving dinner, held Sunday at Optimist Hall, was such a hit that the food ran out long before the event was set to wrap up at 2 p.m., and the Scottville Area Senior Center had to call it a day just an hour after meals started being served at noon.

The dinner was held in a drive-thru capacity, with cars lined up outside the Optimist Hall on Green Street, stretching around the block and down the road onto Reinberg Avenue.

The line was ready and waiting long before food started being served at noon, however.

Volunteers like Nancy Sanford, Joe Knowles, Jeanette Harris and others were on hand to help. They directed traffic, asked people how many meals they were hoping to get, and hustled back to retrieve the food from inside the Optimist Hall, where Mary Ann Nielsen and the Mason County Central Food Service staff were hard at work preparing them.

The senior Thanksgiving meal was called off in 2020 due to the pandemic, and this year’s the event had to be in a drive-thru format because of heating issues at the Optimist Hall.

Though the bounty of food ran out more quickly than anticipated, Kerans had a positive outlook on the event.

“Mary Ann and her team prepared 200 turkey dinners, and they were all gone in about an hour,” Kerans said shortly after the last meal was served. “We had great volunteers and the (MCC) Food Service team was terrific.”

Kerans said people continued to pull up to the Optimist Hall hoping to get a turkey dinner after the last one was handed out. He stayed there to greet them and explain what had happened.