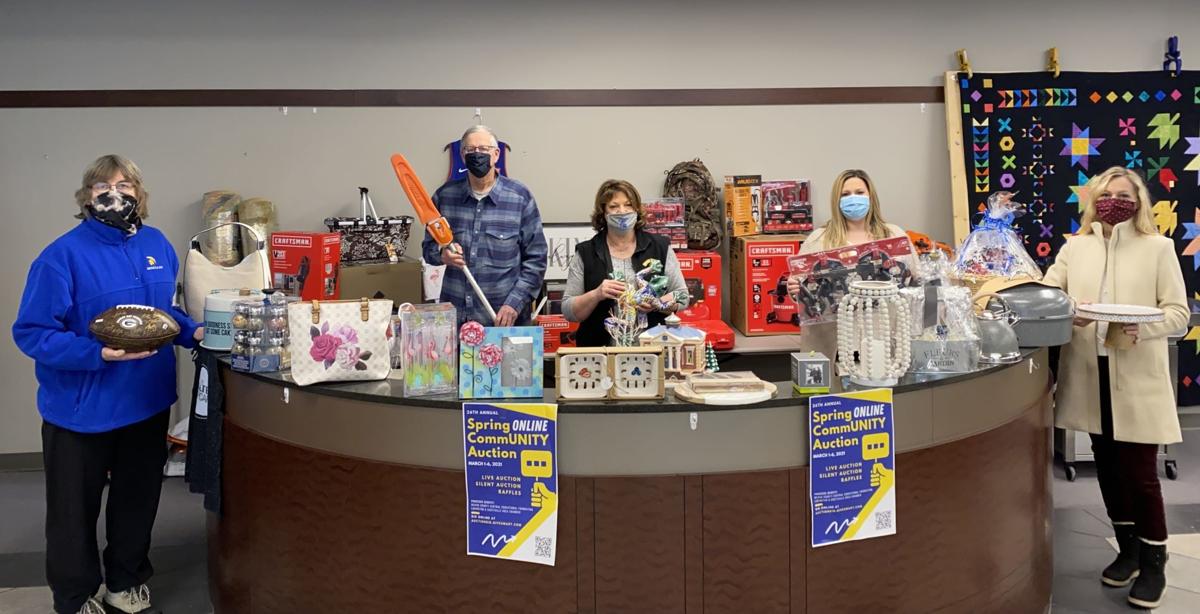 Members of the Mason County Central Educational Foundation and the Ludington & Scottville Area Chamber of Commerce pose with items that will be included in this year's Spring CommUnity Auction, set for March 1-6. Pictured, from left, are Gena Nelson, Gary Andersen and Carla Mayer or the MCCEF, and Brandy Miller and Kristen Smith of the chamber. 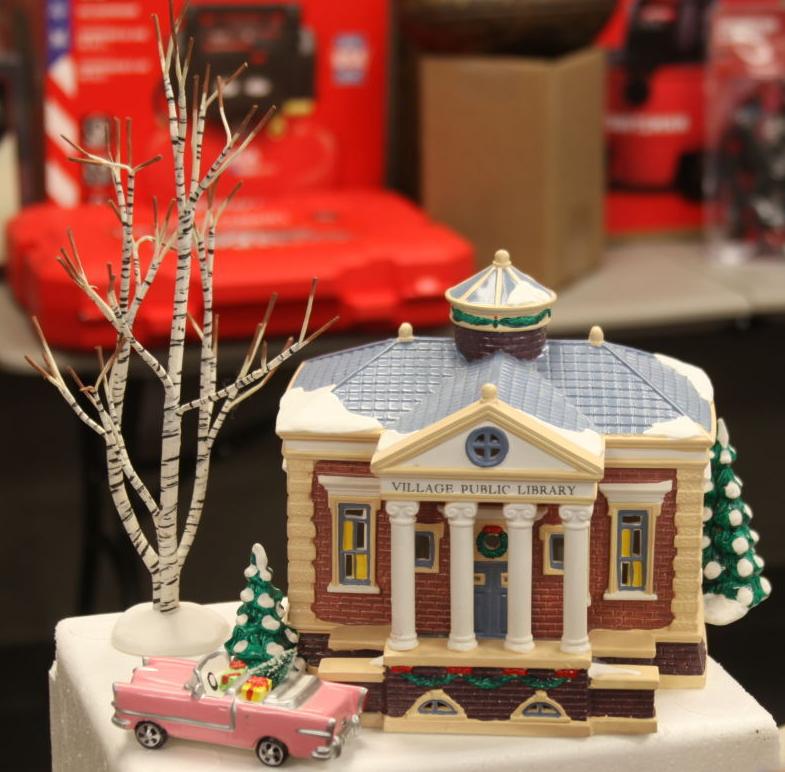 Items from the Snow Village Collection will be included in the Spring CommUnity Auction, which will be held online March 1-6.

Members of the Mason County Central Educational Foundation and the Ludington & Scottville Area Chamber of Commerce pose with items that will be included in this year's Spring CommUnity Auction, set for March 1-6. Pictured, from left, are Gena Nelson, Gary Andersen and Carla Mayer or the MCCEF, and Brandy Miller and Kristen Smith of the chamber.

Items from the Snow Village Collection will be included in the Spring CommUnity Auction, which will be held online March 1-6.

SCOTTVILLE — The annual Spring CommUnity Auction is going to look a bit different this year, but organizers feel it’s important to keep the event going for its 26th year.

The auction, — co-sponsored at the Mason County Central Educational Foundation (MCCEF) and the Ludington & Scottville Area Chamber of Commerce — is switching to an online, weeklong format.

The change is being made out of necessity. Because of COVID-19, it would have been impossible to safely accommodate the auction’s traditional indoor gathering format.

Gary Andersen of the MCCEF said that in order to host the auction in its in-person format, attendees would have been limited to 100 people.

“That’s not fair to anybody,” Andersen said. “We were bound to move forward online. We reached out to an organization called Givesmart, and that’s what they do — fundraisers. They’ve been wonderful so far to work with.”

The auction is set for March 1-6, and will be held virtually. Bidders can register on and create a profile at www.auctionbid.givesmart.com starting on Monday, Feb. 22. The auction, too, will take place at that web location.

Andersen said that despite the change, it’s still going to have the same spirit as past auctions, though it will be a different experience.

“We’re going to put on a quality event, but it’s just going to look a lot different from what we’ve done in the past,” he said. “There will be less social time, but we wanted to maintain the event… The chamber and the foundation still need to raise funds, and this is the way we’re going to do it.

“Also, doing it this way keeps it in people’s minds. It’s not like we’re going to have a gap year.”

As always, the auction will raise funds for Scottville’s schools and for business initiatives through the chamber.

The MCCEF will use its portion of the funds to complete a library renovation at Mason County Central High School. Some progress has already been made on that project, but it was interrupted by the pandemic.

Chamber President and CEO Brandy Miller said the auction benefits a host of the chamber’s events and initiatives.

“We utilize this to help put together all of our business-education programming,” Miller said. “We actually just launched our series for the winter and spring, so this helps pay for some of our facilitators… The funds from this will help support that and other business education initiatives, too.”

Miller echoed Andersen’s sentiment regarding the importance of the auction.

“We know what a marquee event this is for the community,” she said. “So to be able to still facilitate the auction and raise money for both our organizations in a virtual and safe setting was definitely our goal.”

Miller noted that this year’s event might be more accessible to some because of its virtual format.

“People may not have always come to the actual in-person event, so hopefully people get a taste for what they can expect from the community auction. And maybe when we’re able to hold it in person, they’ll be able to participate,” she said.

Bidding for the 26th annual Spring CommUnity Auction will begin at 4 p.m. Monday, March 1. Select merchandise will be auctioned live during the week of the event, starting at 7 p.m. each evening.

Silent auction items will be awarded to the highest bidder starting at 8 p.m. Saturday, March 6.

When registration opens on Monday, people will be able to preview items for the auction.

Andersen said the community has been supportive of the auction, even with the format change.

“It’s been amazing, the support we’ve received for doing it in this format from people who still want to help. It’s a testament to this county and this community, because they do — they help,” he said. “It won’t be the same — can’t be the same — but it’ll work. (We’ll have) quality items, as always. Hopefully next year, we can to back to a live event.”