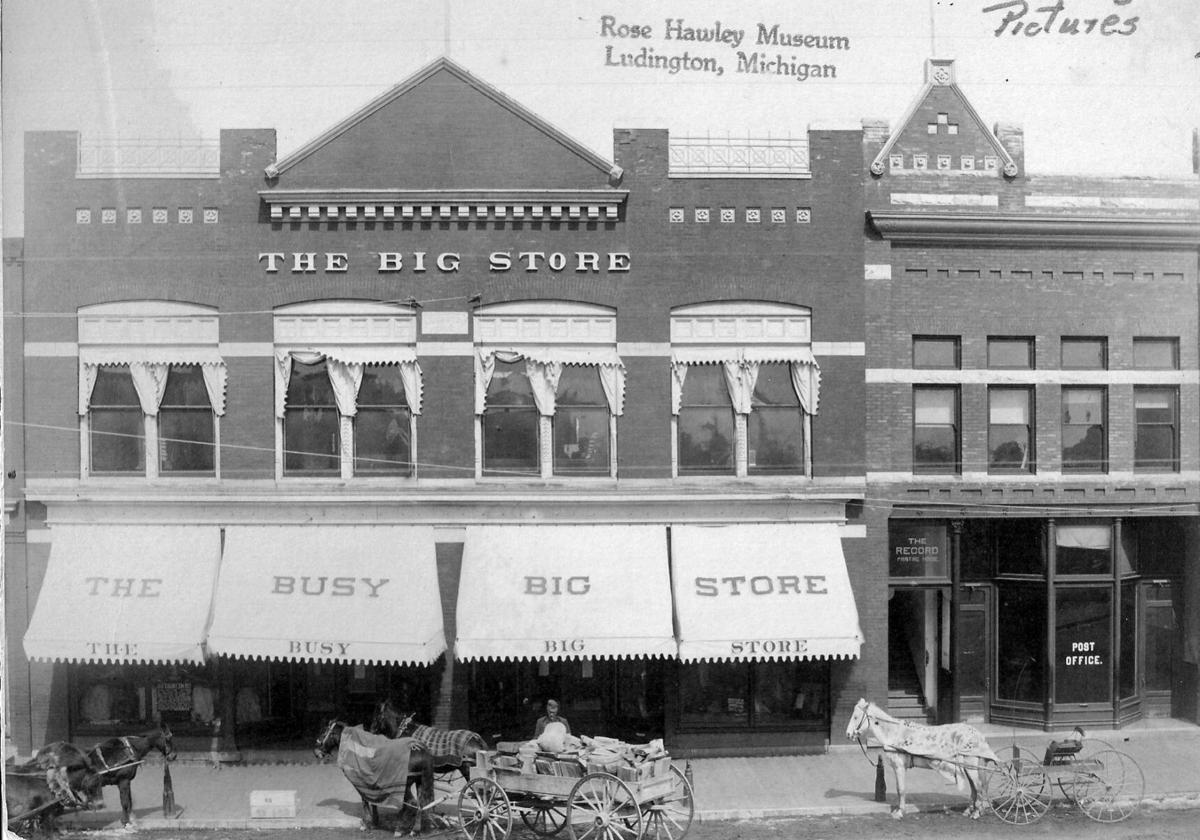 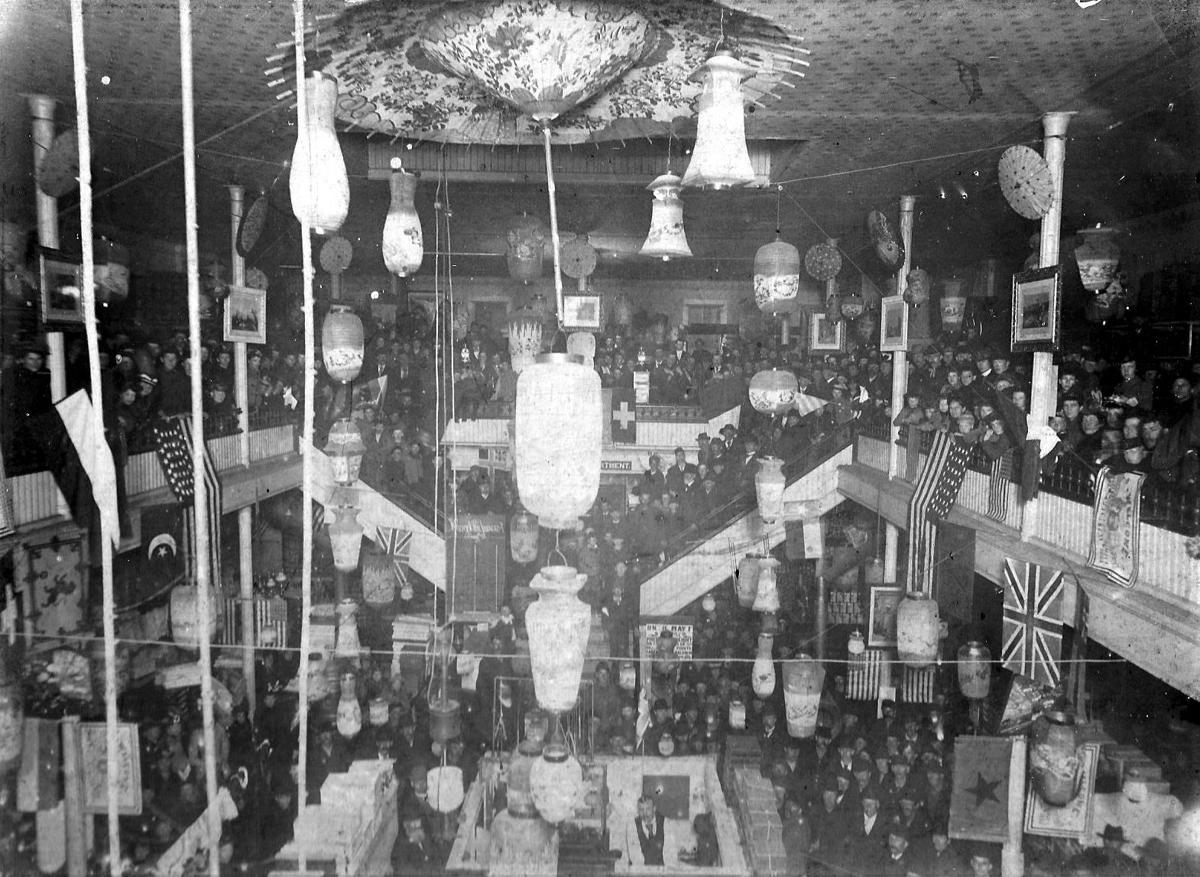 The first retail store of any significance in Ludington was the company store of the James Ludington lumbering interests. This two-story frame building, built in 1867, was located at what is today 102 S. Gaylord Ave. In addition to supplying the many items necessary for survival in this new community, the building also served as a meeting place for school, religious and social activities.

The store was known locally as The Big Store. In 1883 manager Herman N. Morse (1851-1896) created the marketing slogan “Verily, merrily, more and more, it pays to trade at the Busy Big Store,” to compete with new stores being opened in the growing City of Ludington. In 1888, when Morse and lumberman Frederick J. Dowland (1837-1909) hired Thomas P. McMaster (1846-1899) to construct a new two-story brick building near the northeast corner of Ludington Avenue and James Street, that newer, larger store acquired the name The Busy Big Store.

The original store was converted to a broom factory and would eventually fall into disrepair. The Oct. 3, 1915 edition of The Ludington Sunday Morning News noted, “The sign ‘For Sale’ on the old Big Store…and the generally forlorn and forsaken appearance of the building today is in sharp contrast to the memory pictures of the place in the minds of those who knew in the days of Ludington’s beginnings.”

The new building now standing at 103 to 107 E. Ludington Ave., however, was one of the more impressive buildings in the city and was to become the first department store in town. The first floor of this building housed the retail operations that were the successor to the original James Ludington Big Store; selling a wide range of merchandise from 10-cent brooms to shoes to carpets. The second floor of the building was for a while the home to many other businesses including a dentist, an insurance agency and a Dr. Russell who advertised “Special attention to nervous diseases” on his window.

Many prominent Ludington merchants owned and operated the Busy Big Store over the four decades of its operation under that name. This succession of owners grew and transformed the store that had become one of the most prominent retail establishments in Ludington.

The Big Store Mercantile Company was formed in 1892 to purchase the store. This organization whose shareholders included McMaster, Morse, Hannibal S. Fuller, George R. Cartier (1869-1934) and James Schick (1869-1936) greatly expanded the store. A photo of the interior of the store, now in the archives of Mason County Historical Society, was taken on the evening of May 1, 1893 and dramatically illustrates the growth of the store.

The store was sold multiple times over the next decade. In 1895, Nels P. Christensen (1850-1897) purchased the store and operated it for only two years until his early untimely death. The ownership of the store then transferred to the firm of Hans P. Hansen, William A. L. Rath (1849-1916) and Antoine E. Cartier (1836-1910) in 1897. The next year ownership changed again with William Loppenthien, Rath and Warren A. Cartier (1866-1934) now taking over; Warren Cartier being the third member of the prominent Cartier family involved in ownership following his brother George and father Antoine.

Rye formed a new partnership with Frank Washatka (1864-1930) in 1913 and ran the store for the next 15 years as the City of Ludington grew and retailing in the United States was transformed by large regional and national firms. In 1928 that transformation resulted in The Busy Big Store being taken over by Montgomery Ward & Company, a leading national merchandiser.

While The Busy Big Store and its successor Montgomery Ward & Co. would close in 1980, the memory of that establishment lived on in the community. Mrs. J. W. Stafford recalled the Busy Big Store from her youth with these words offered to a meeting of the Mason County Historical society, “…the Busy Big Store was a glamorous place to enter. To be sent there by our mothers for a small purchase was a great treat and on the days when every child was invited to get free balloons, candy and on the Fourth of July a free bunch of firecrackers. — Well, that was the biggest thing that ever happened.”