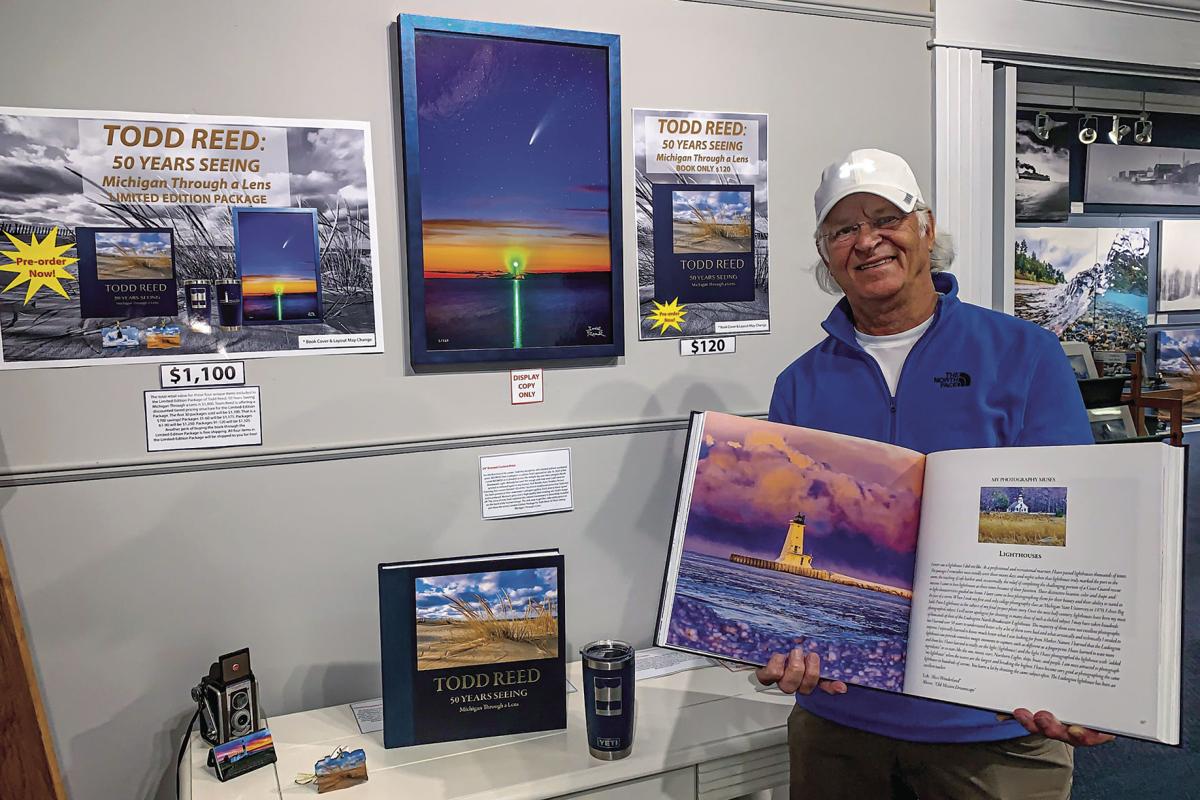 Todd Reed holds a copy of his new book, “Todd Reed: 50 Years of Seeing Michigan Through a Lens,” which is out now. The book looks back at the various phases of Reed’s career. 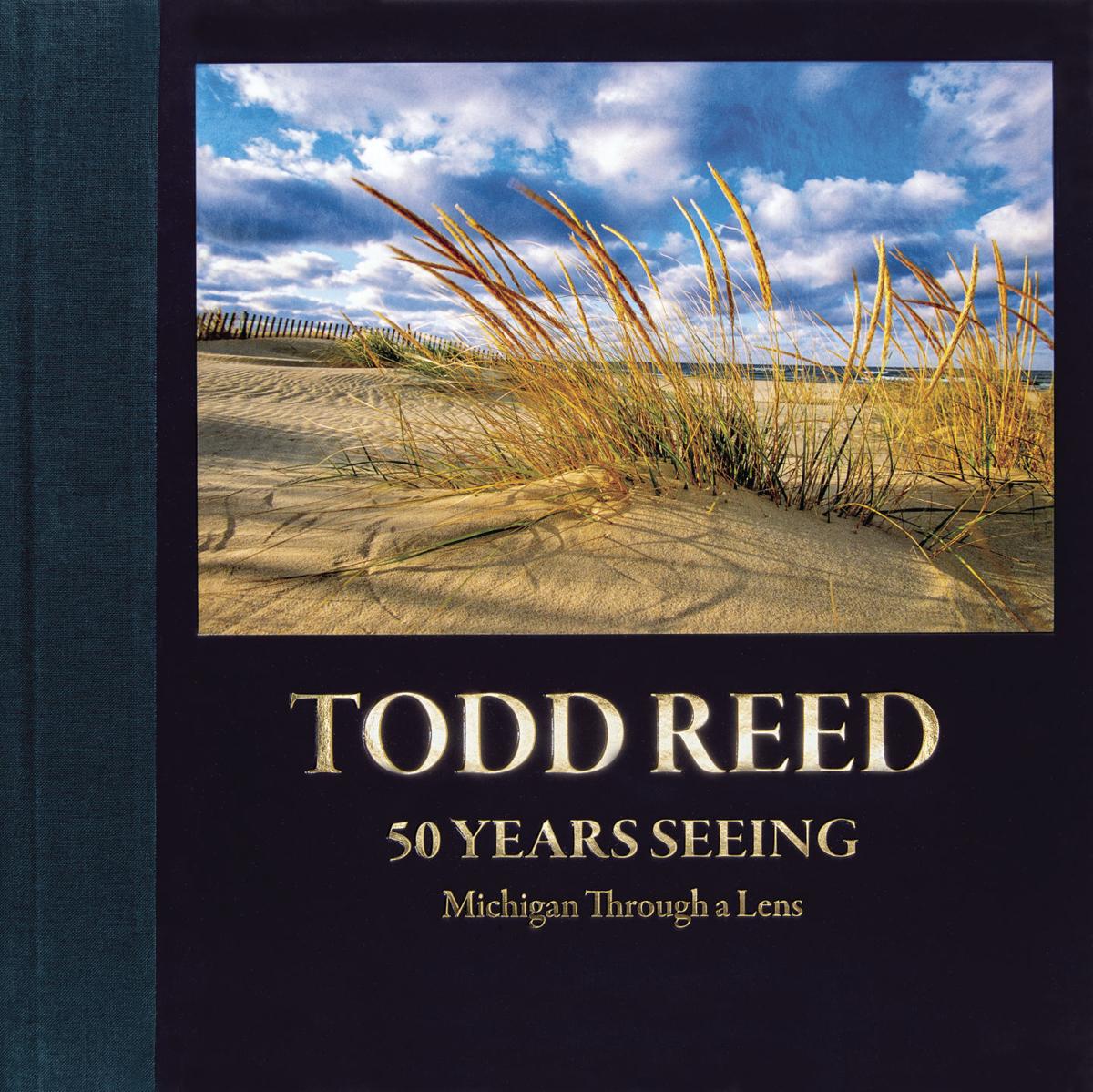 Todd Reed’s “50 Years Seeing Michigan Through a Lens” is out now. 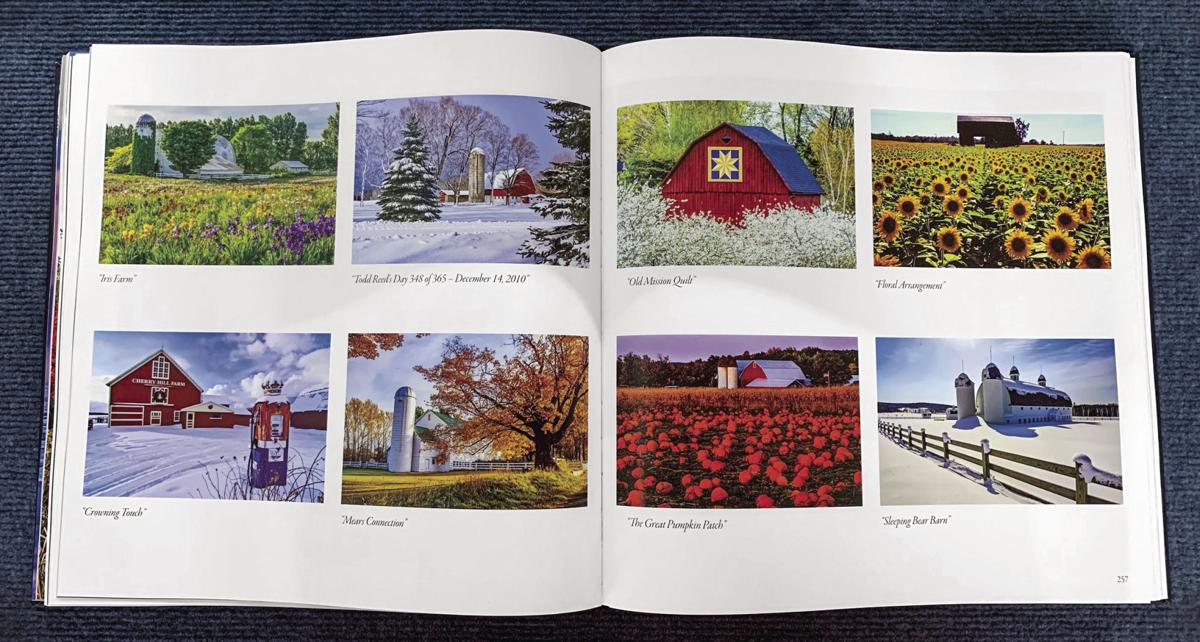 Todd Reed holds a copy of his new book, “Todd Reed: 50 Years of Seeing Michigan Through a Lens,” which is out now. The book looks back at the various phases of Reed’s career.

Todd Reed’s “50 Years Seeing Michigan Through a Lens” is out now.

For more than 50 years, Todd Reed has been telling stories as a photographer, newspaper reporter, instructor, U.S. Coast Guardsman, parent and friend of many.

In “Todd Reed, 50 Years Seeing Michigan Through a Lens,” now available, Reed tells his own story, both in words and the photos he’s become known for throughout Michigan and beyond.

It’s a book about the beauty of Michigan and his beloved home town of Ludington.

It’s a book about the power of being part of a team whether at the Ludington Daily News where he spent 23 years reporting, writing and photographing in the community — the good and the tragic; as a member of the U.S. Coast Guard and Coast Guard Reserves for more than 30 years; or as part of the father-son team Todd and Brad Photography with a gallery downtown, eight books published and mentors to many aspiring photographers; or as part of a family.

It’s a book about capturing the beauty one can find when looking and “chasing the light” and about beauty within, found following and nurturing light of a different kind.

It’s a coffee table book, a quality book made by getting out the house in all kinds of weather — often the worse, the better.

It’s a product of taking calculated risks with precautions to do so safely.

It’s a book that sings the praises of a love of the outdoors and beauty to be found in many situations when one looks for it.

At just under 400 12-inch by 12-inch pages, it’s a substantial work both in the measurable physical sense and the more difficult to quantify intellectual, spiritual and emotional ones.

Loaded with images, some from Reed’s newspaper days, some from his time in the Coast Guard, and many from his decades pursuing fine art landscape and nature photography, this book also finds Reed using his considerable writing skills to reflect on those different chapters in his life — a life that has been lived in Ludington and thus becomes a part of the collected history of the community.

Well designed, the photos are given the space they need to “breathe” bringing them to life so they might take your breath away,

Reed included images important to him to share even if some are not big sellers in the gallery or at art shows. No matter, they speak to what is important to him and play a role in understanding who Todd Reed is and what moves him.

Reed tells his story in chapters defined in part by his differing careers, which often overlapped. Later, when photos dominate, they are separated into categories under headings of “My Photography Muses” with subheadings such as Wildlife, Lighthouses, The Countryside and many more.

In captions, he shares stories about many of the images, and what moved him to make them. A personal book, he sometimes shares encouragement and motivation, thanks people who helped him along the way and tells of the influence, importance and gifts of family.

He shares what the geographical muses and personal influences have meant to him as a photographer and a person. If a person is the sum of their life experiences, his experiences help explain why Todd Reed is a positive force in so many lives.

Sprinkled through the book are reminisces from family and friends, co-workers in all his careers, and to others he’s touched. Individually and collectively, they paint a picture of a caring, dedicated, person who builds others up, goes to great lengths to get his craft right, encourage his team and others he interacts with.

“The writing for me was an opportunity for me to talk about where I am now and how I got to be here, and who were the big influencers in my life and how. Nobody gets where they are at by themselves,” Reed said for a 2020 Ludington Daily News story about the book, then still in the making.

Its completion and release delayed by the COVID-19 pandemic, now it’s out and available to purchase at their downtown Ludington Todd and Brad Reed Photo Gallery or at their website. The price is $120. A package with a special edition print of Comet Neowise blazing over Ludington North Breakwater Light at twilight is also available.

“It’s a great relief to have the project done,” Reed said Wednesday.

He said he’s interested to hear what people have to say about the book, noting he and Team Reed have so much invested in it personally.

“It’s like your baby,” he said, adding there’s a bit of nervousness if people will find the baby beautiful.

He needn’t worry. “Todd Reed, 50 Years Seeing Michigan Through a Lens” is a beautiful book, well-crafted, well-written and tells Todd Reed’s story in such a way that it’s much more than that: it’s kind of stealth guide on how to live a good life that makes others around you better, too.