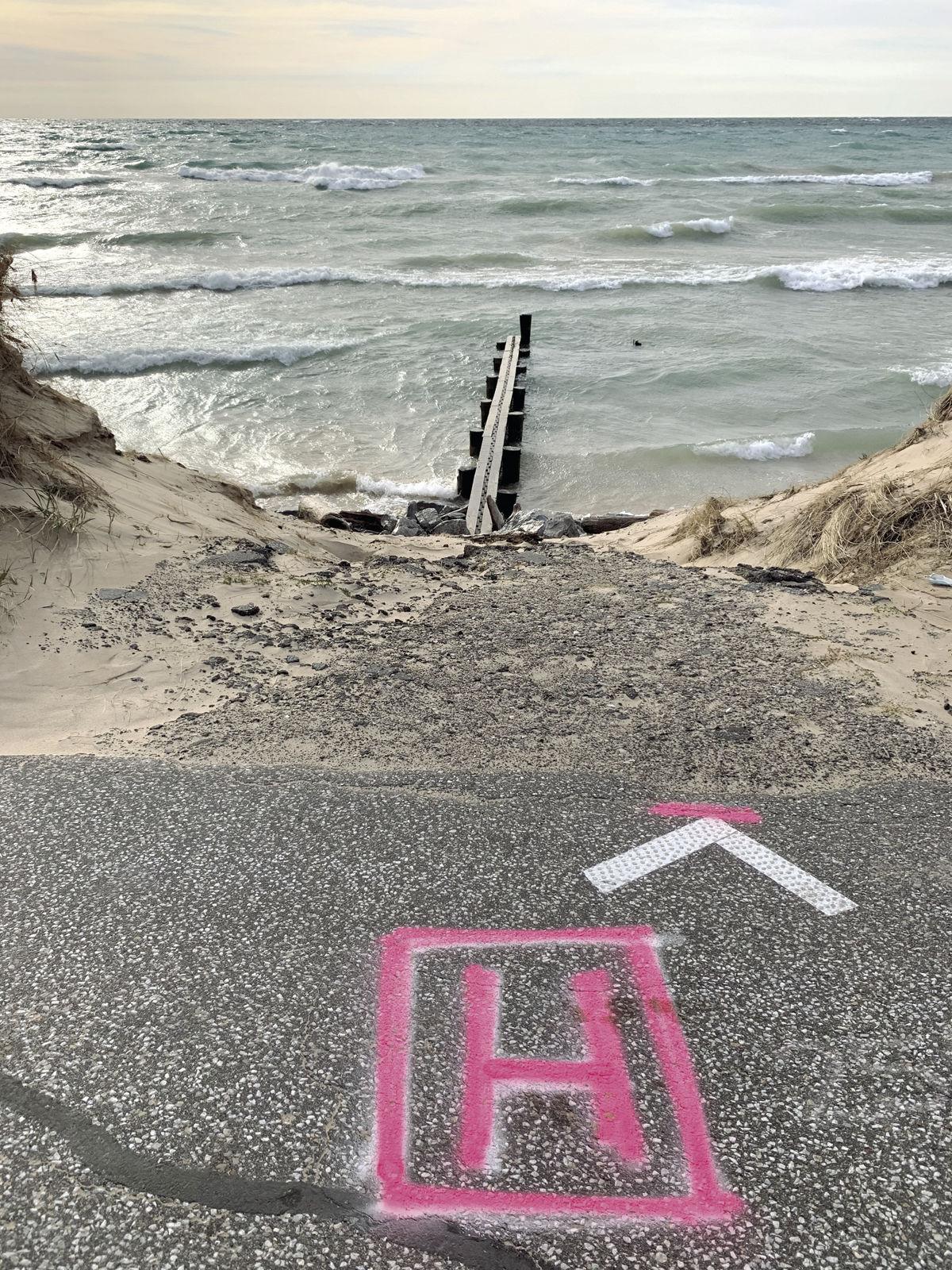 The letter “H” is enclosed in a square near an exposed jetty and riprap is shown along M-116 at Ludington State Park. 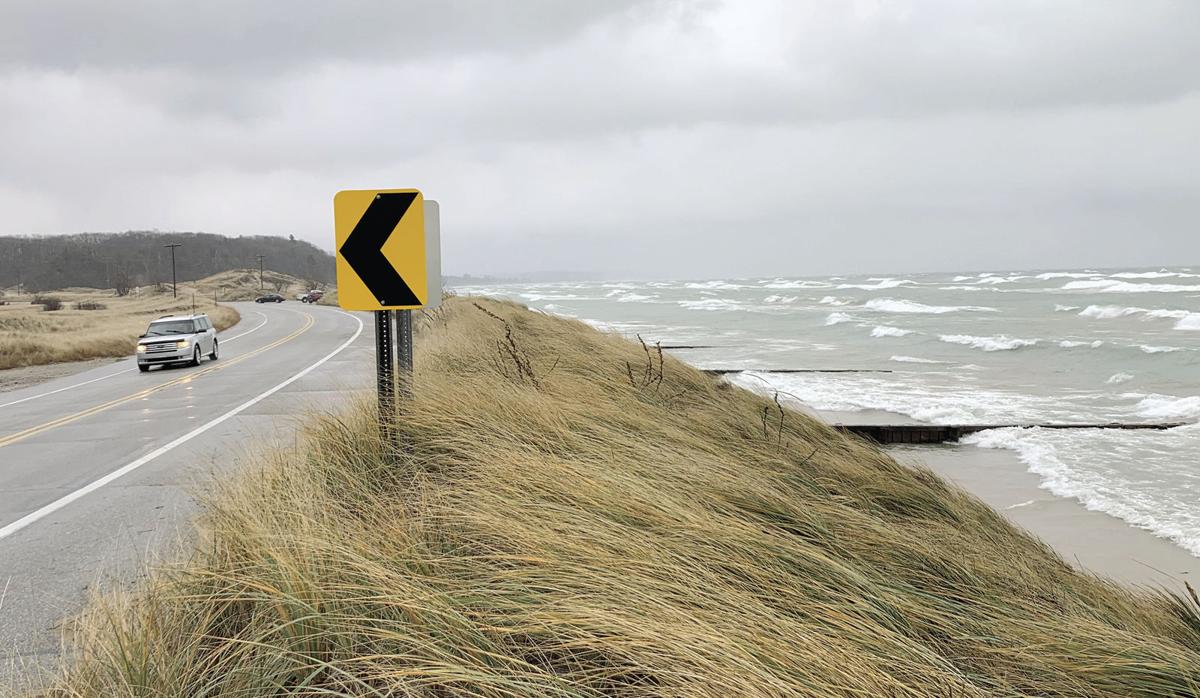 A car drives along the First Curve at Ludington State Park last Sunday as waves crashed along the shores of Lake Michigan.

The letter “H” is enclosed in a square near an exposed jetty and riprap is shown along M-116 at Ludington State Park.

A car drives along the First Curve at Ludington State Park last Sunday as waves crashed along the shores of Lake Michigan.

The Michigan Department of Transportation (MDOT) is continuing to monitor M-116, and with recent erosion and fluctuating water levels on Lake Michigan, it’s keeping a closer eye on the highway.

The jetties and riprap installed to stabilize the highway after it collapsed in 1986 became exposed during recent wind storms. Last weekend’s storm led to 15- to 16-foot waves and winds of more than 50 mph.

With conditions like these occurring with increasing frequency throughout the region, John Richard, a representative from MDOT, told the Daily News that erosion on M-116 is becoming a more pressing issue.

Currently, there are temporary markers painted onto the roadway on M-116 to measure and monitor water levels on the roadway.

Those markings would help MDOT — or a local road commission or subcontractor working on MDOT’s behalf — identify exactly where the flooding is taking place, how severe it is, and whether or not to restrict traffic on the highway.

“If water goes over the road and you can’t keep it away, (traffic could be taken down to one lane),” Richard said.

It’s crucial to preserve M-116, according to Richard, who said most alternatives would be extremely costly.

“To build a bridge or move the roadway or raise the roadbed, the price tag would be astronomical, so we’re hoping it goes away,” he said.

There are no immediate plans to take action at the time, but MDOT will continue to closely watch conditions.

“The integrity of the road is fine. We’re just monitoring it,” Richard said.

Richard said similar issues have been observed along the lakeshore, and flood-mitigation projects are underway in the Whitehall and Montague area, as well as in Pentwater.

“We are very concerned about the high water levels of the Great Lakes. This has been an ongoing, statewide issue for the past few years. Currently there is no work planned for M-116 at this time at the Ludington State Park, but we are keeping a close eye on it… Mother Nature is a beast to be reckoned with.”