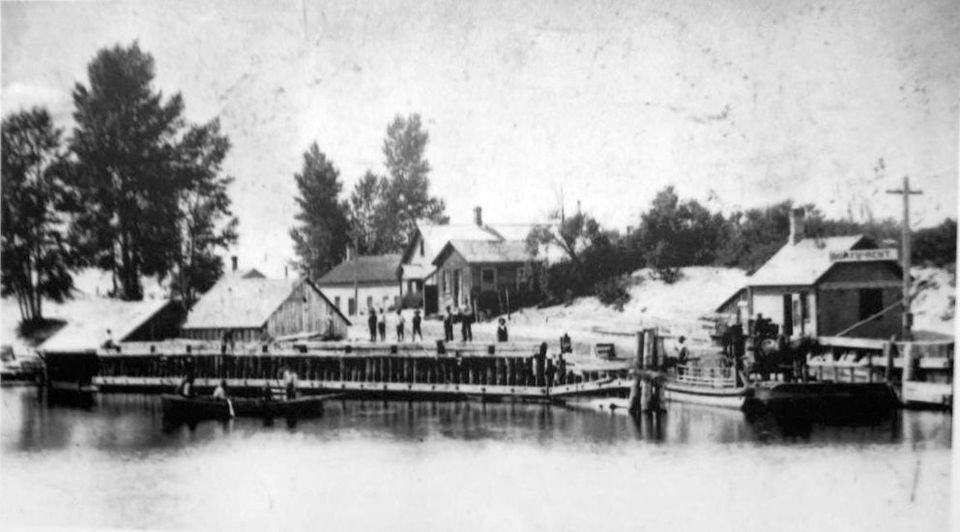 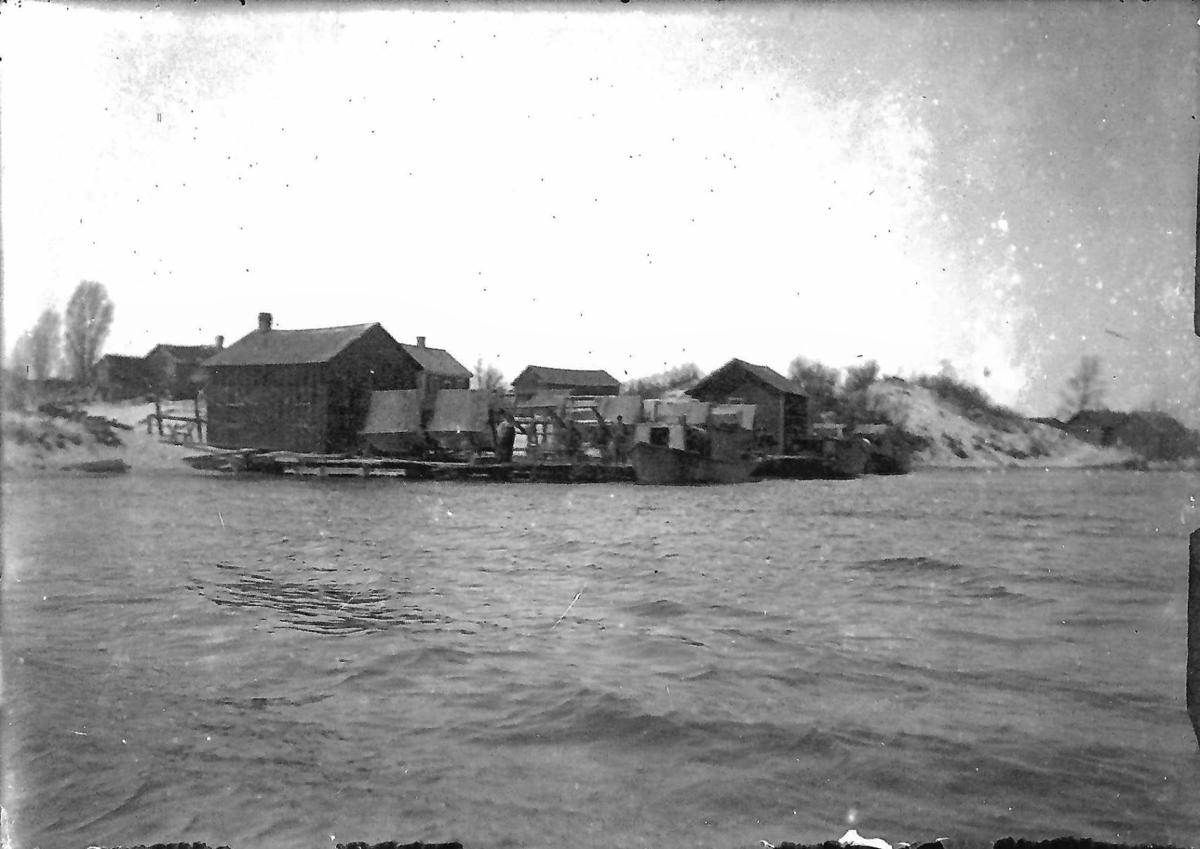 The island showing the fishing shack, dock and look out hill to right. 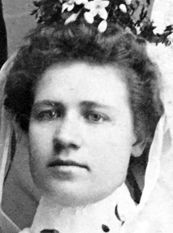 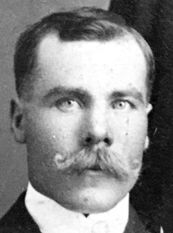 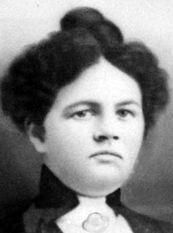 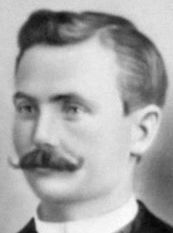 The island showing the fishing shack, dock and look out hill to right.

As I was going through the 1880 Census for last month’s column, I was surprised by how few Finns were in there. I mean we have a ghost town called Finn Town, right?

One day, while chatting with my doctor and friend, Margaret Gustafson, she told me that many of the Finns didn’t come until the 1890s. I pulled up the 1900 Census records that I hadn’t gotten to. Well, I found them and they did come after 1880, but not a lot.

There was never a huge Finn population here. I found 46 that had come in that decade straight from Finland and guess where they lived… on the Island. They were the fishermen. Today’s article is about the island and a few of its immigrant inhabitants.

The story of the island

Before Charles Mears and James Ludington built the new harbor entrance, scowsand boats entered Pere Marquette Lake at the stream, Seaton Creek (thanks Bill Dornbos) that flowed at the Buttersville end of the peninsula. Finn Town, where the condos are today, was solidly attached by land to Ludington. No harbor entrance there. While building the harbor, they dug at the base (north end) of the peninsula before filling in the other end.

In fact, both ends were flowing with water at one time, which is how it became known as the island, it was totally surrounded by water. It is official as you can even find the name “island” on the census reports for the resident’s street. Then Mears began having his workers dump anything (boats, wood, trees, dirt, rocks) they could get a hold on into the old entrance until it was finally closed.

The Scandinavian immigrants didn’t begin coming until the 1860s, however, there was a near explosion of them in the 1880s. In the 1880s, Mason County had a large influx of them with 180 Danes, 97 Norse and 219 Swedes in the census in Ludington alone. At that time, there were only 15 Finns, who are not Scandinavian, but were considered Russian or so the Russians thought. Most of these families settled in the Fourth Ward area.

According to Charles Johnson, the fishermen and their families settled along the east shore of PM Lake along Sawdust Alley in the Fourth Ward. When Ludington’s lumber period hit its peak, the mill owners wanted that shoreline and even though the fishermen needed the shoreline to keep their fishing vessels and supplies, they were driven out of their homes and places of business. The only place they could go was across the lake to the “island.”

This had to have come about before 1870 and 1880 as the Census states that Dr. Gustafson’s great-grandfather, Charles Wilson and his family, lived “south of the ferry” which refers to the cable ferry that operated from Ferry Street to the island. In 1900, their home was listed as the “island.” It was probably before 1870 as Ward built his north mill around 1870, I believe. So, her grandma, Olga Wilson — Gustafson was a second generation Swedish immigrant. Charles and Augusta Wilson immigrated in 1875 and probably settled on the island to raise their family.

With no money, the new immigrants had to scavenge to find drift wood and left-over lumber from the island to build their homes. They had little in the way of the fineries of life. They traveled by boat to get where they had to go. The Wilson children traveled across the lake by the cable ferry to school in the first ward and in the winter when it wasn’t operating, went across on foot on the ice. Although their homes were small, some of the families took in boarders from the mill, who would use the plank road that was eventually built. Even so, life was hard and, in the winters, cold. The winter winds battered the homes and the residents.

In 1891 Nedervetil, Finland, friends John Gustafson and Charles Johnson, at 16 years of age decided they were going to go to America. John’s father had come first, which was the custom and once you have a home, you send for your family. When they hadn’t heard from him for a time, John wanted to find him. I don’t know why Charles came. Was it a dream or was he being a good friend? A Lenore Williams article from fall 1983 in Mason Memories tells his story. The two came, traveling with Sofia Anderson, the wife of Matt Anderson, arriving in Ludington in 1891. The 1900 Census shows John is living with the Anderson Family on the island and works as a fisherman. His friend, Charles will end up working for the Taylor Mill and the Danaher Lumber Co. in the Branch area, then in the U.P., returning to the island in 1901. That is where both men met their wives and were married in a double ceremony in 1902 followed by a big celebration at the dance hall on the Island.

John Gustafson married Olga Wilson, daughter of early Swedish immigrants Charles and August Wilson, who was born on the island. The couple would have five children. Charles would marry Ida Matson, daughter of Matt Matson who brought his family from Finland in 1880. The Johnsons would build their small home on the island and begin raising their three children there.

The men would partner with Emil Borg and buy a small fishing boat and begin a fishing business. In time, this partnership would dissolve and another one made. In the winter when the Mackinaw boats couldn’t sail, many of the men found work in the mills. When Justus Stearns bought the property, he forced the fishermen to move off the island. One by one, the families began to leave. Dr. Gustafson says that some of the houses they put on barges and floated to Ludington, where they found a new home, many of them along Loomis Street, so as to be near the water and their work.

The last family to leave the island was Charles and Ida Johnson in 1910. The houses that were left, were torn down to use to build other buildings and homes in Ludington. This makes a second time the fisher community was displaced by the lumbermen of Ludington. The fishermen left their fish shanties and vessels on the island, where they would return daily to earn their living until the 1930s or 40s.