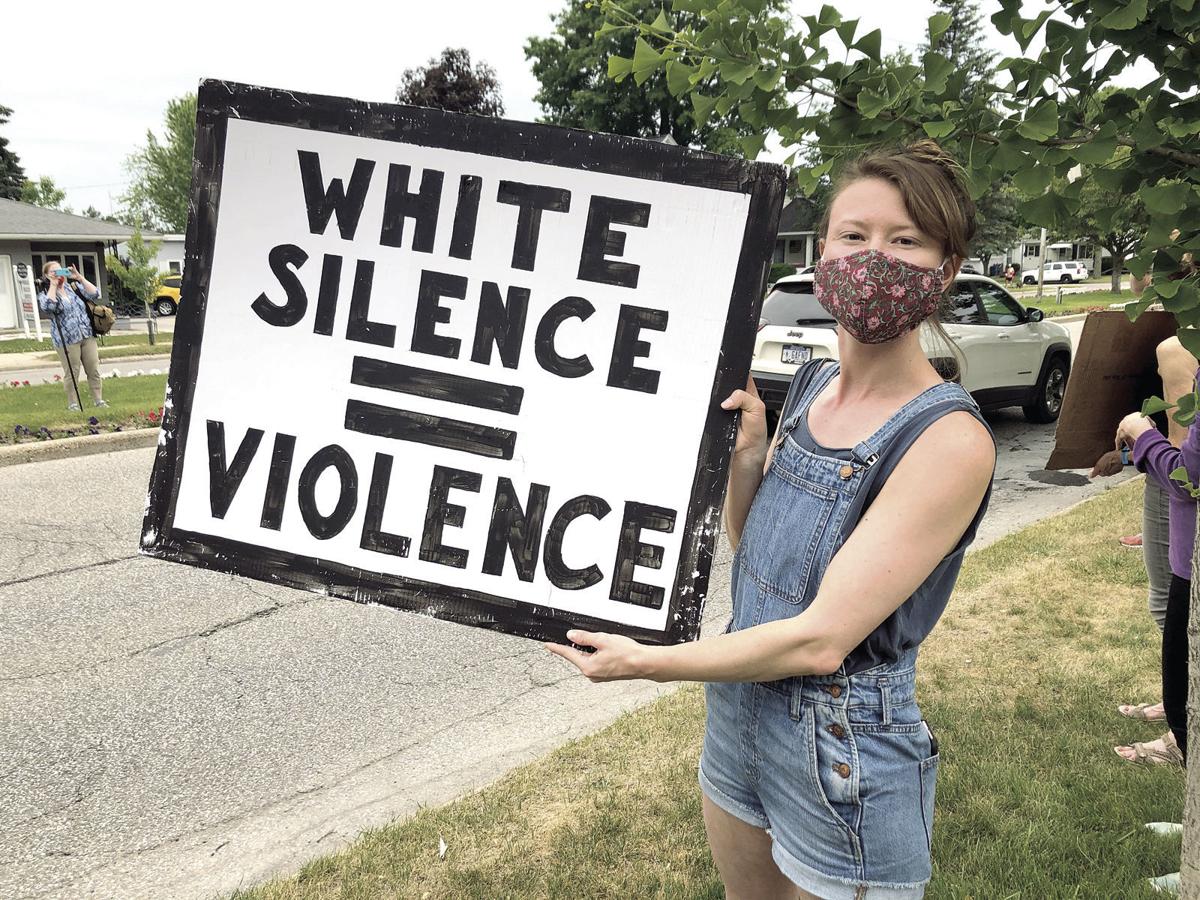 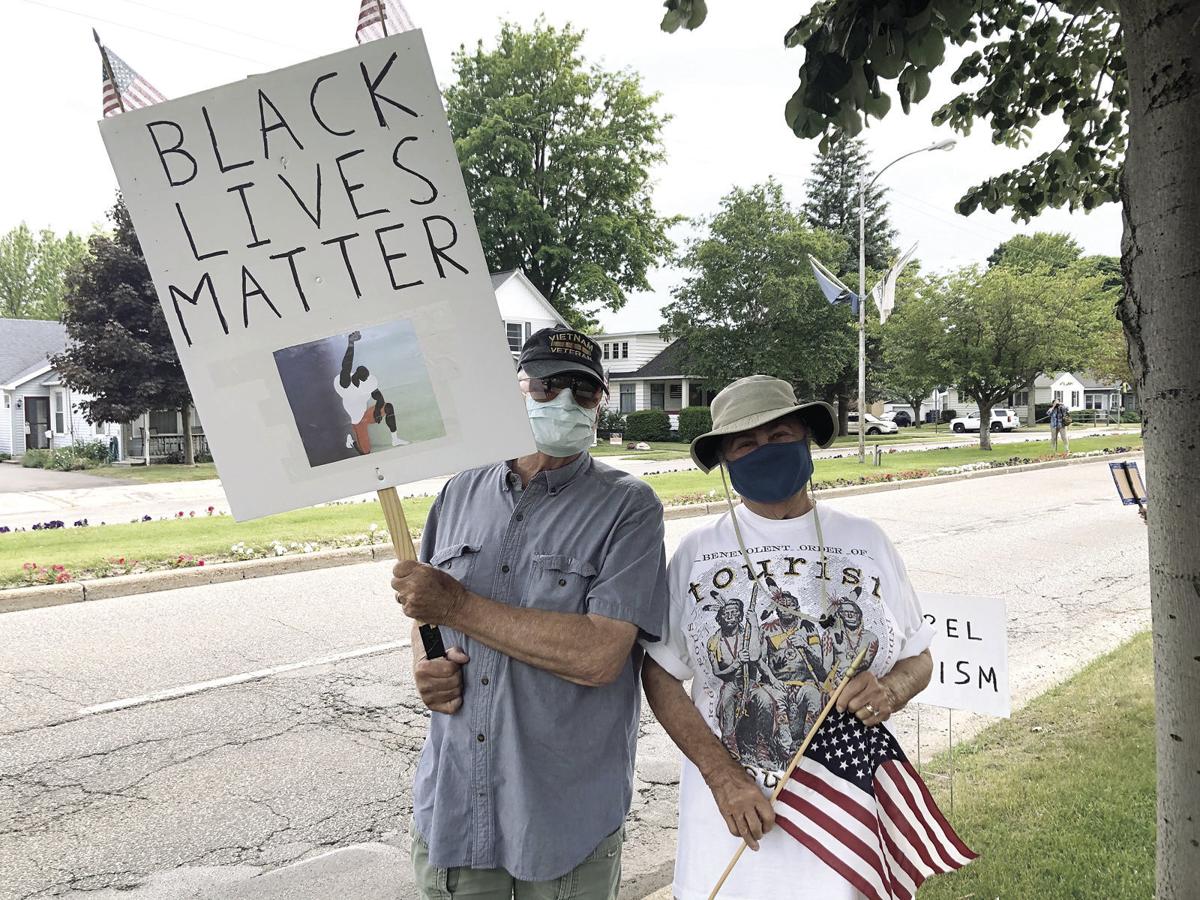 Vietnam War veteran Tim Geniac stands with his wife Irene during the protest Saturday at Rotary Park in Ludington.

Vietnam War veteran Tim Geniac stands with his wife Irene during the protest Saturday at Rotary Park in Ludington.

Roughly 100 gathered along Ludington Avenue in Rotary Park in Ludington Saturday evening, speaking out in chorus with the Black Lives Matter movement.

Ludington has hosted demonstrations and protests on and off in the past few weeks in the name of George Floyd, Breonna Taylor and many other men and women of color who have been killed unjustly by law enforcement.

“It’s a nice Saturday. There’s a lot of other things people could be doing right now,” said Jake Muzzo, who helped coordinate the event. “But they’re out here, and we’re all standing in support and solidarity of the Black Lives Matter movement.”

The protest in Ludington was just one part of the national day of demonstrations that took place on Saturday, one day after Juneteenth was celebrated. Muzzo and others were approached by people in Ludington looking to make their voices heard, so they took to www.sixnineteen.com to start an event in town, just as Traverse City, Grand Rapids and other Michigan cities did.

“Being a New Yorker and watching all of the protests and lots of activity going on there, in some ways I’ve felt a little helpless,” said New York native Carolyn Pender. “I reached out to a number of groups, and through a series of referrals, I got linked up with Jake (Muzzo).”

Individuals at the protest held homemade signs, wore masks and stood together to show their support for black lives. Several vehicles that passed honked their horns.

But the movement didn’t just stop there for Ludington. Pender, Muzzo and others look forward to exploring other options and getting even more people of all races, ages and cultures involved.

“This was only the first step in getting bodies out for the movement in Ludington,” said Pender. “We wanted to take part in the Juneteenth weekend and hopefully use this as a jumping-off point for having larger discussions in the community.”

Those who wish to assist in the effort can text DEFEND to 90975.