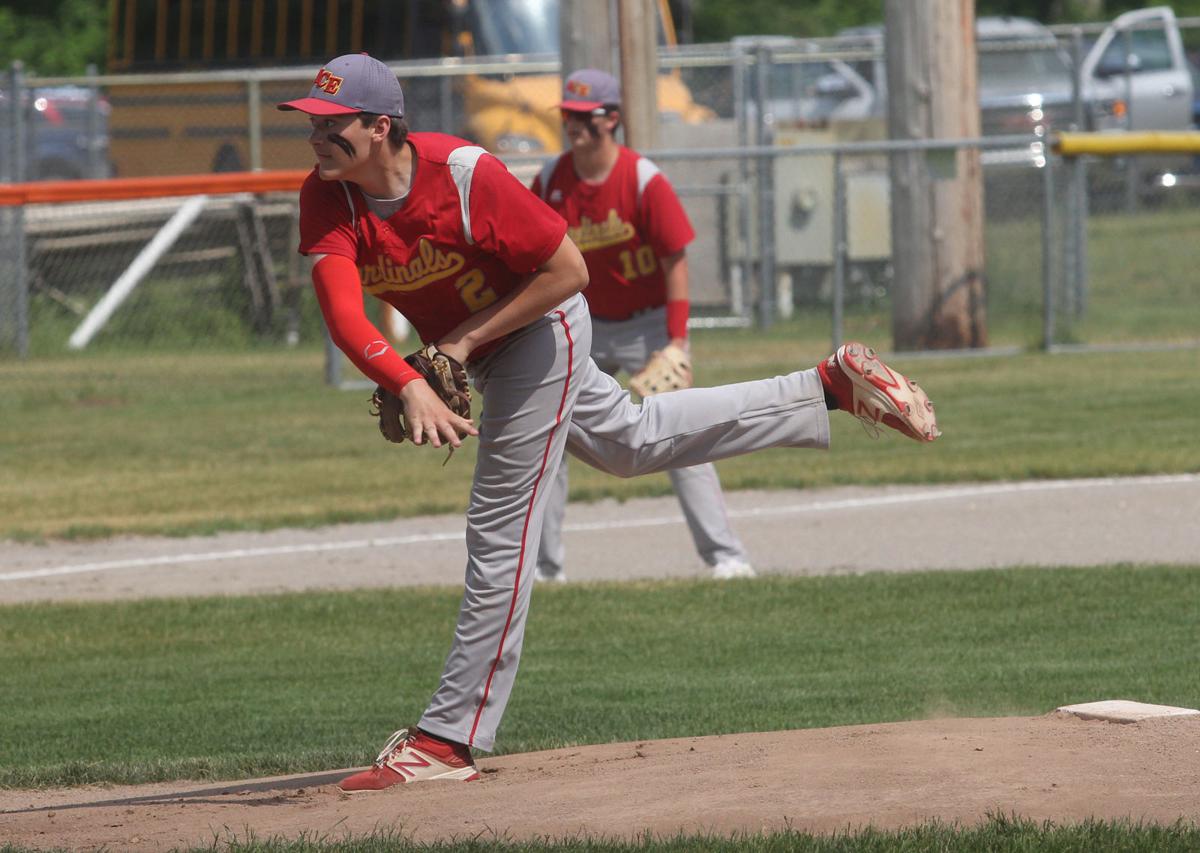 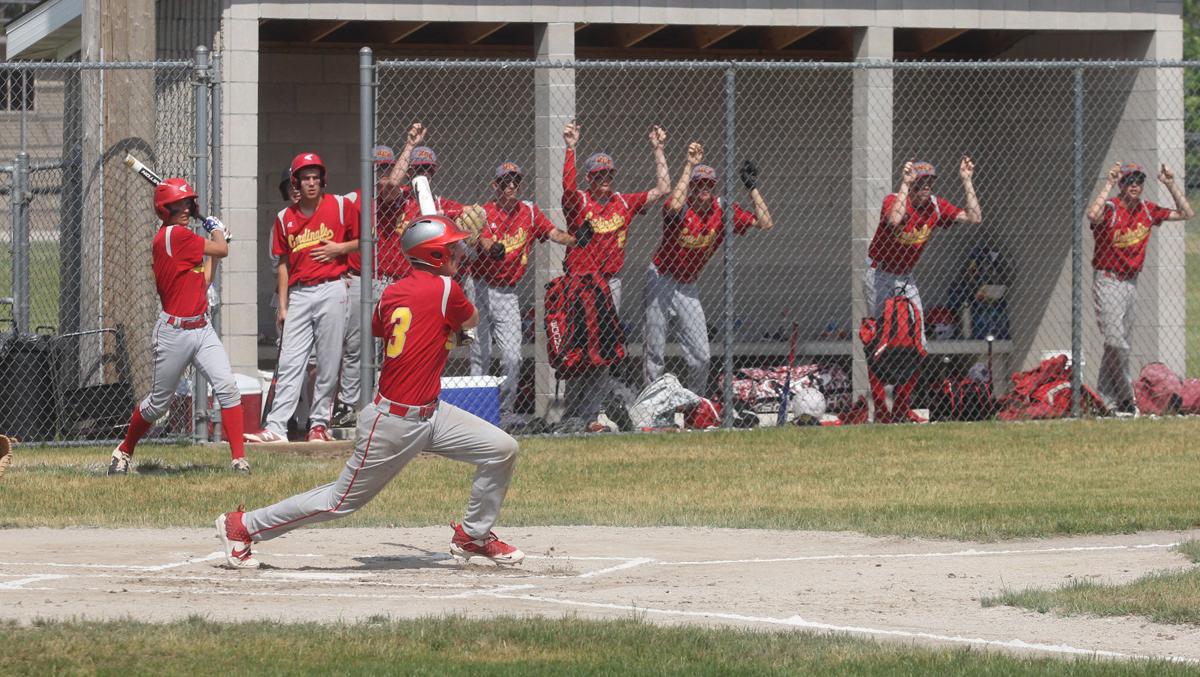 Mason County Eastern’s Brody Hays follows throw on his swing against Mesick as the Cardinals watch from their dugout on the third base side Thursday afternoon in an MHSAA Division 4 regional semfinal game in Mesick. 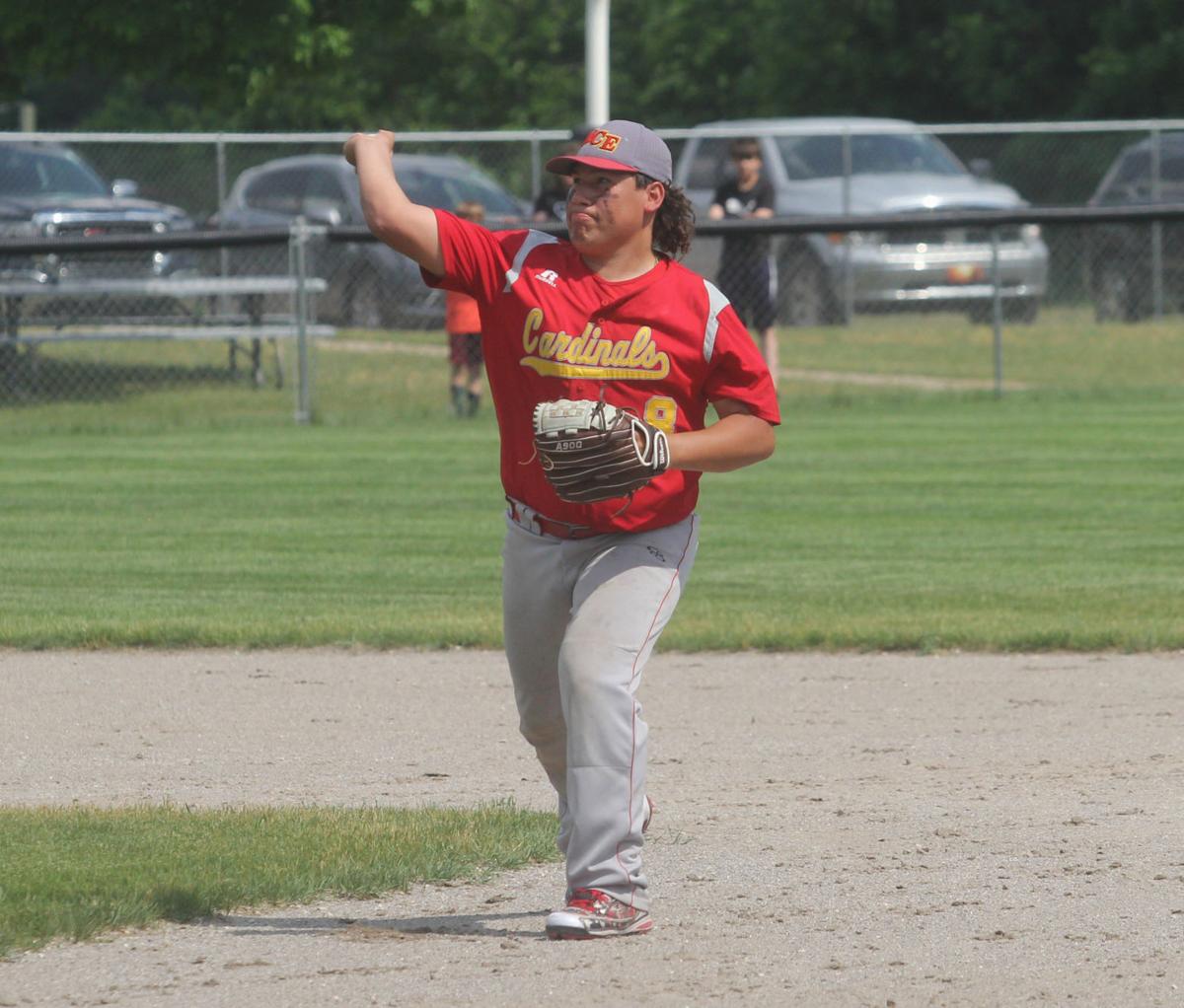 Mason County Eastern's Keegan Bates throws the ball over to first base Thursday afternoon against Mesick in an MHSAA Division 4 regional semifinal game in Mesick. 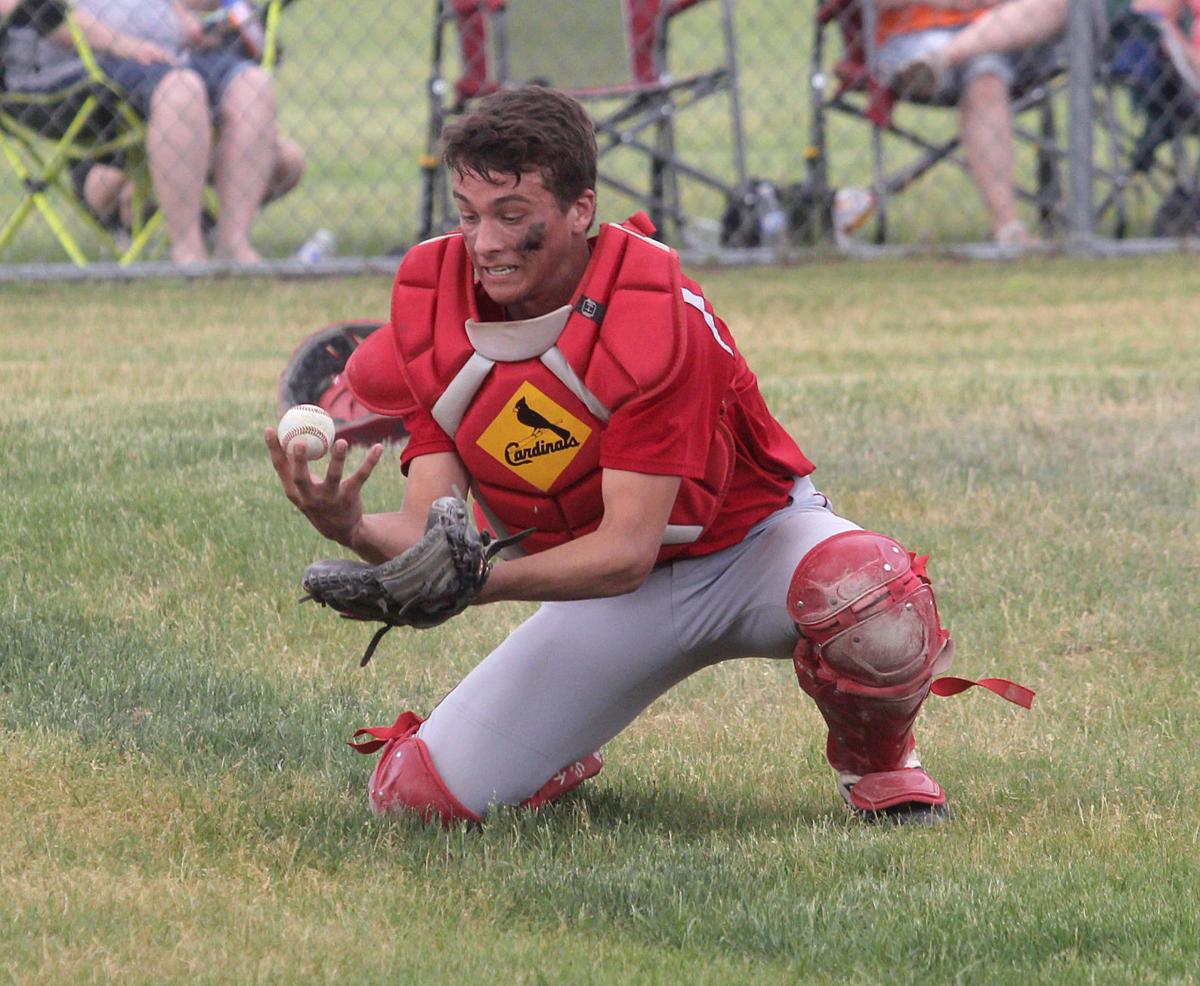 Mason County Eastern’s Brody Hays follows throw on his swing against Mesick as the Cardinals watch from their dugout on the third base side Thursday afternoon in an MHSAA Division 4 regional semfinal game in Mesick.

Mason County Eastern's Keegan Bates throws the ball over to first base Thursday afternoon against Mesick in an MHSAA Division 4 regional semifinal game in Mesick.

MESICK — Mason County Eastern’s baseball team hit empty on its gas tank in about the sixth inning against Mesick as the Bulldogs broke away for a 18-3 MHSAA Division 4 regional semifinal victory Thursday.

The Cardinals saw their top pitcher sidelined after the game began on Wednesday, but was forced to conclude on Thursday because of storms Wednesday afternoon. Eastern was able to go toe-to-toe with the Bulldogs for the concluding innings, including having a game-tying run at the plate in the fifth inning, but a rally falling short.

“We left a lot of baserunners in scoring position. We couldn’t come up with that key hit,” said Eastern coach Ward Stever. “Darin (Stever) pitched lights out. (He) kept us in the game.

“We just could not come up with that big hit at key time. We had the bases loaded. We had runners in second and third countless times this game and just couldn’t get it done.”

Mesick had a 1-0 lead to carry over from the first 1 1/3 innings from Wednesday. Eastern knotted the game up in the bottom of the second when Keegan Bates drove in Brody Hays on a groundout to shortstop.

Mesick took a 2-1 lead in the fourth when Gabe Parrish scored on a wild pitch after reaching on a leadoff double.

The Bulldogs scored four runs in the fifth inning as they batted around for a 6-1 lead. Eastern looked to respond, and did. Crawford led off by reaching on an error. Eli Shoup walked and Brody Hays was hit by a pitch to load the bases. Neal Stewart singled to drive in Crawford, and James Drake hit a sacrifice fly that scored Shoup. Keegan Bates, who was the game-tying run, came up but hit a ground ball to first base to end Eastern’s rally.

From there, Eastern was able to get baserunners, but not get them in. The Cardinals had the bases loaded with a two-out rally, but it fizzled in the sixth. Eastern also had two on with one out in the fourth, but that rally fell short, too.

Crawford started the game on Wednesday for the Cardinals, and he pitched 1 1/3 innings with 27 pitches. Had Crawford pitched just 25 pitches, or the game been called after just one complete inning, he would have been available to pitch on Thursday.

Instead, the Cardinals learned Crawford — the team’s ace — could not pitch at all on Thursday. Ward Stever said he learned 10 minutes before boarding the bus for Mesick that Crawford was out.

“I had a feeling last night. I got an email from the MHSAA that said it starts where it left off except for pitching,” Stever said. “So, I had already a game plan set in motion. I got another email that specifically put Wyatt’s name in there and how many pitches he had.”

The ball got turned over to Darin Stever, who worked 4 2/3 innings. It was in the fifth and sixth innings, though, where Stever began to labor. He took the loss, allowing seven runs on three hits, seven walks, a hit batter and eight strikeouts.

“Darin would be a No. 1 for just about any other team,” Ward said. “And he’s our No. 2. These guys couldn’t catch with him until the later innings when his arm started to get tired.”

From there, Drake — who returned to action after being out nearly the entire season with an injury — and Hays took turns on the mound. As a staff, the Cardinals walked 14 Bulldogs.

Mesick advanced to play Saginaw Michigan Lutheran Seminary at 12:30 p.m. Saturday at Clare’s Brookwood Athletic Complex in a regional championship game. The winner of that game will play the winner of a 10 a.m. contest between Marlette and Muskegon Catholic. The state quarterfinal is Saturday afternoon in Clare.

“They’re going to be missed, for sure,” Ward Stever said, trying to control his emotions. “They’re good ballplayers. We move on, keep building and move on. These guys set a good foundation for Cardinal baseball. We’ll just do it from there.

“We made huge steps. You know, from the time these guys were freshmen until now, we from 3-27 to district champions,” he said. “The weather kind of set us back today. If you give me my top two pitchers, I’ll take anybody on for a full game, without a doubt.”