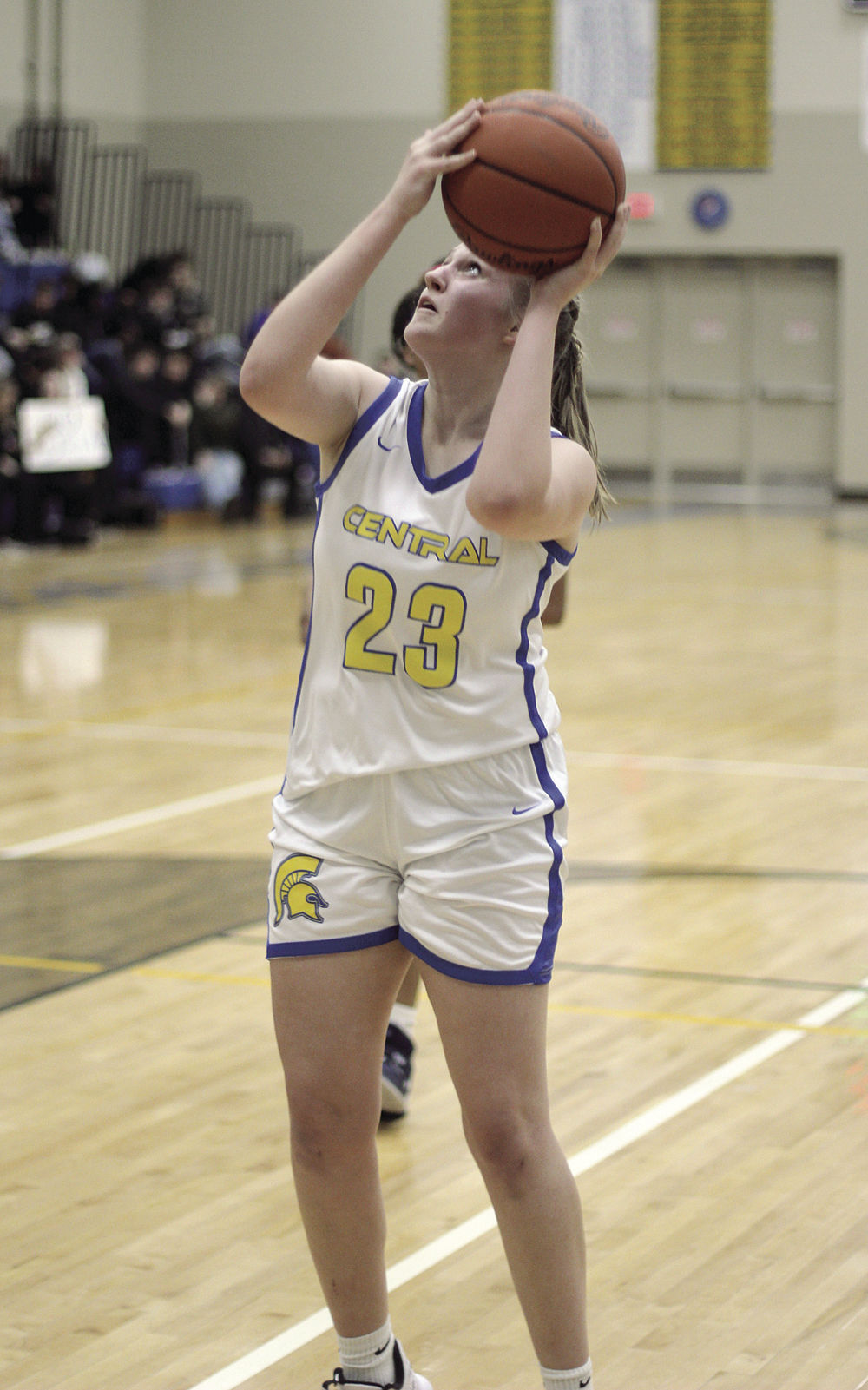 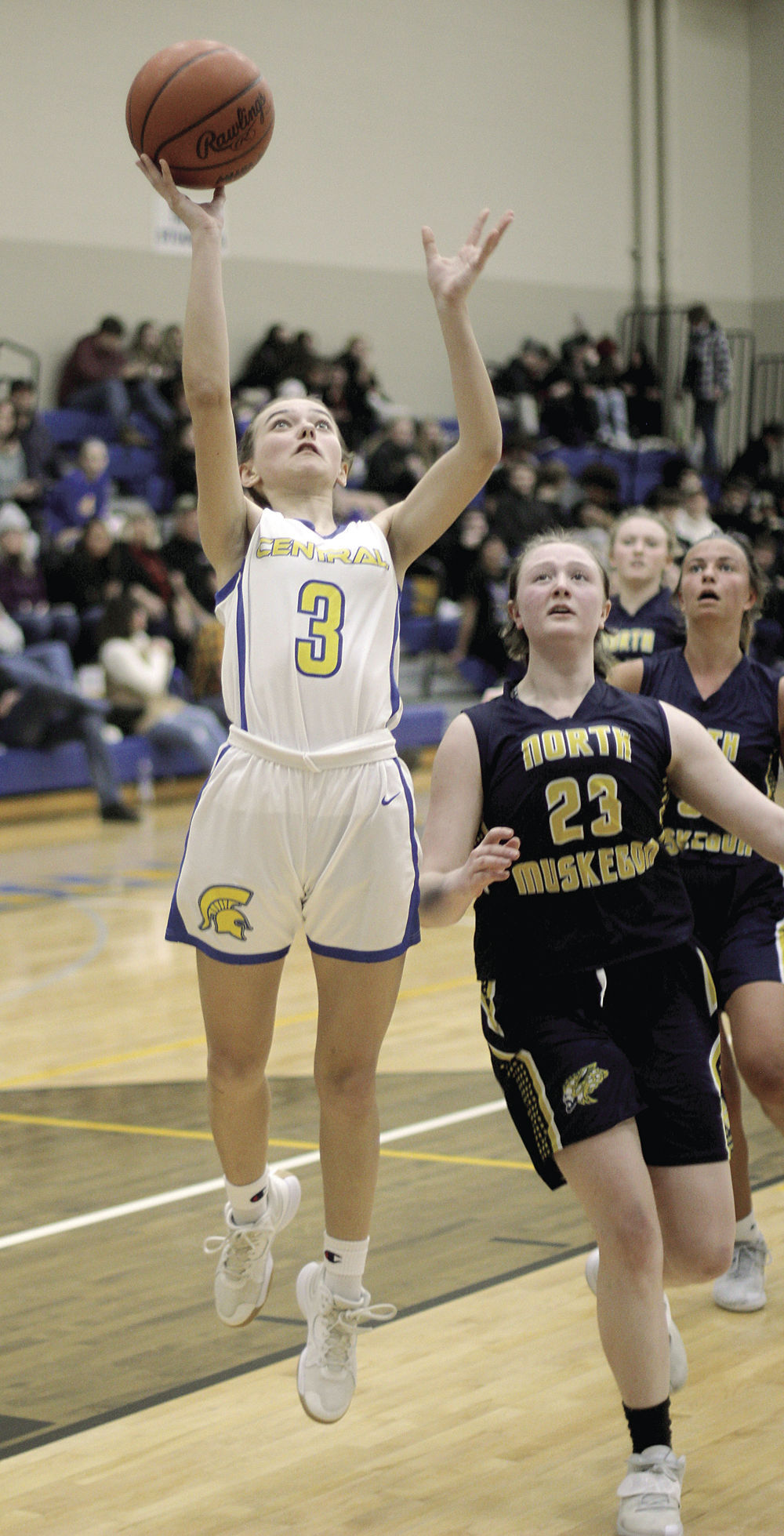 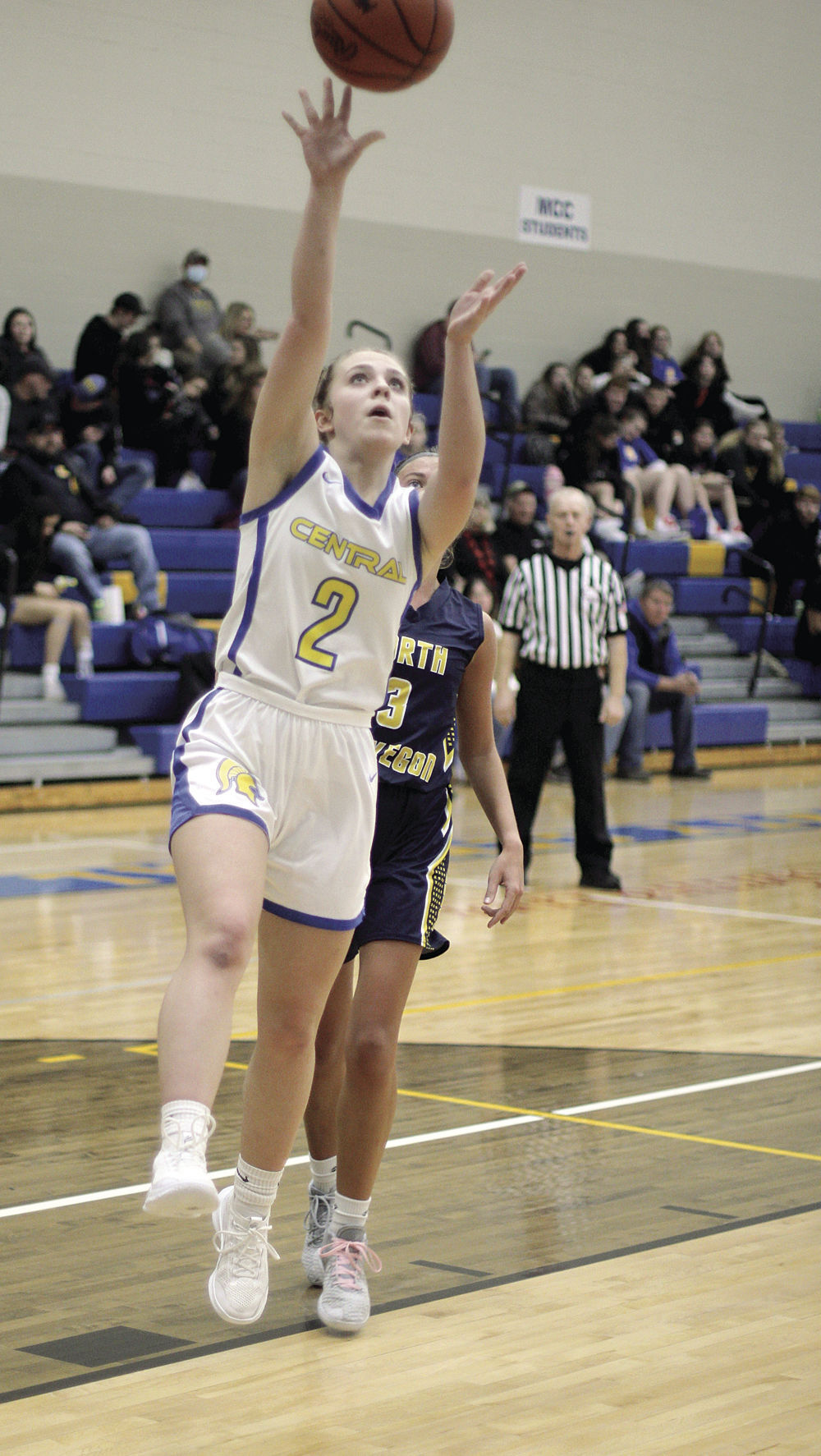 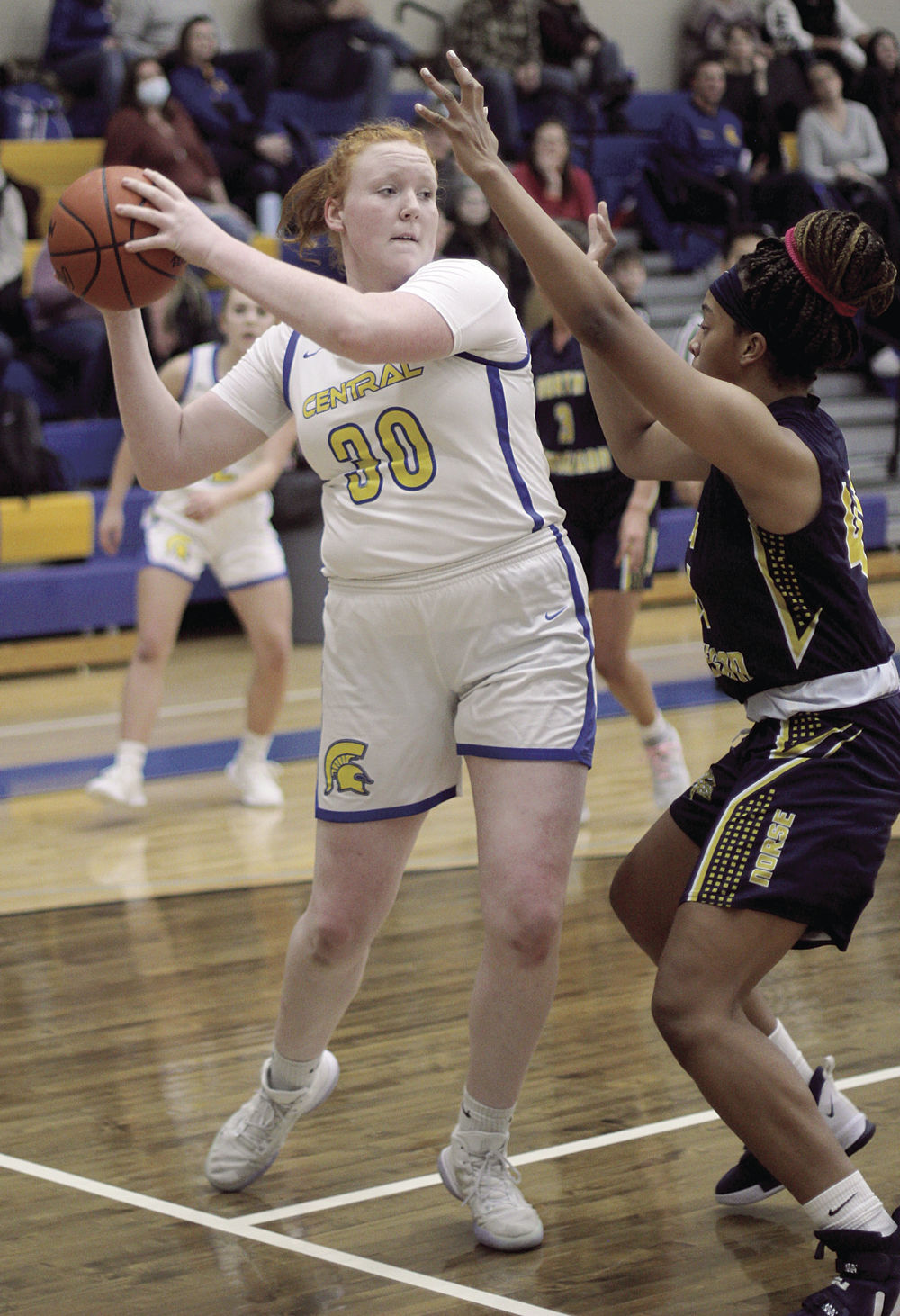 Mason County Central's Wren Nelson looks for an open teammate against North Muskegon during a game Friday in Scottville.

Mason County Central's Wren Nelson looks for an open teammate against North Muskegon during a game Friday in Scottville.

SCOTTVILLE — Mason County Central’s girls basketball team showed a large measure of unselfish play, except when it came to the lane, in a West Michigan Conference victory Friday night against North Muskegon in Scottville, 58-22.

Central’s players were assisting on baskets throughout the night and up and down the lineup. It was something that coach Mike Weinert was thrilled to see.

“They’re sharing the ball real well. You can usually tell when someone is looking for theirs, and I don’t see that with this group,” he said. “It’s nice to see them share the ball as well as they do. They made the extra pass, and they were finding open space.

“They played really well together tonight.”

The Spartans established their ownership of the lane early in the first half, getting the ball down low to Wren Nelson, Ashlyn McCabe, Alivia Steiger and Abbey Lyon.

“That was fun to watch. They had a couple of girls with some height, but our girls kind of had their way with them in the paint,” Weinert said. “But it’s going to be a little bit different scenario coming up (next week).”

When it wasn’t the post players for the Spartans (5-2, 4-2 WMC) scoring from the unstained section of Spartan Event Center, it was Central’s guards that were creating turnovers and running the floor for lay-ups.

Central used a 9-0 run in the first quarter, and the Spartans used a 10-0 run for a 29-16 lead by halftime. The Spartans began to shoot more outside shots in the second half, but it was Central’s defense that came through. The Norse were limited to six points in the entire second half.

The Spartans — who saw everyone score — were led by Nelson with 15 points, 11 of which were in the first half. She also had nine rebounds. Adria Quigley had 14 points and four steals. Grace Weinert had four steals and four assists while Charlie Banks had three assists.

The Spartans extended their lead in the third quarter to 22 points and eventually came away with the victory. It was Central’s 74th victory in the all-time series that began in 1973. Friday’s game was the 99th between the two programs.

Mason County Central will travel to Ludington for a non-conference contest Monday night at Ludington’s Hawley Gymnasium. It’s only the start to a tough stretch for the Spartans, Weinert said.

“There’s some things I’d like to tighten up, especially with Ludington coming up, and Hart and Montague, too,” he said. “But, I did like what happened (Friday).”

In the junior varsity game, the Spartans won, 69-24. Central was led by Mallory Miller with 17 points followed by Payton Welch and Riley Mast with eight points apiece.