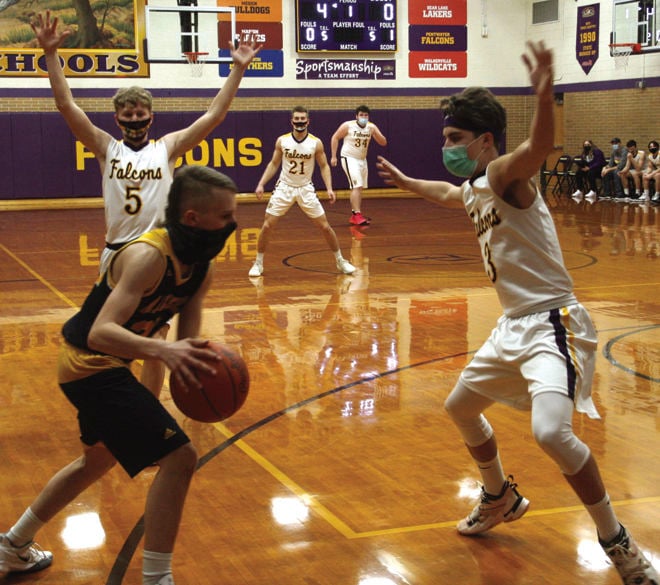 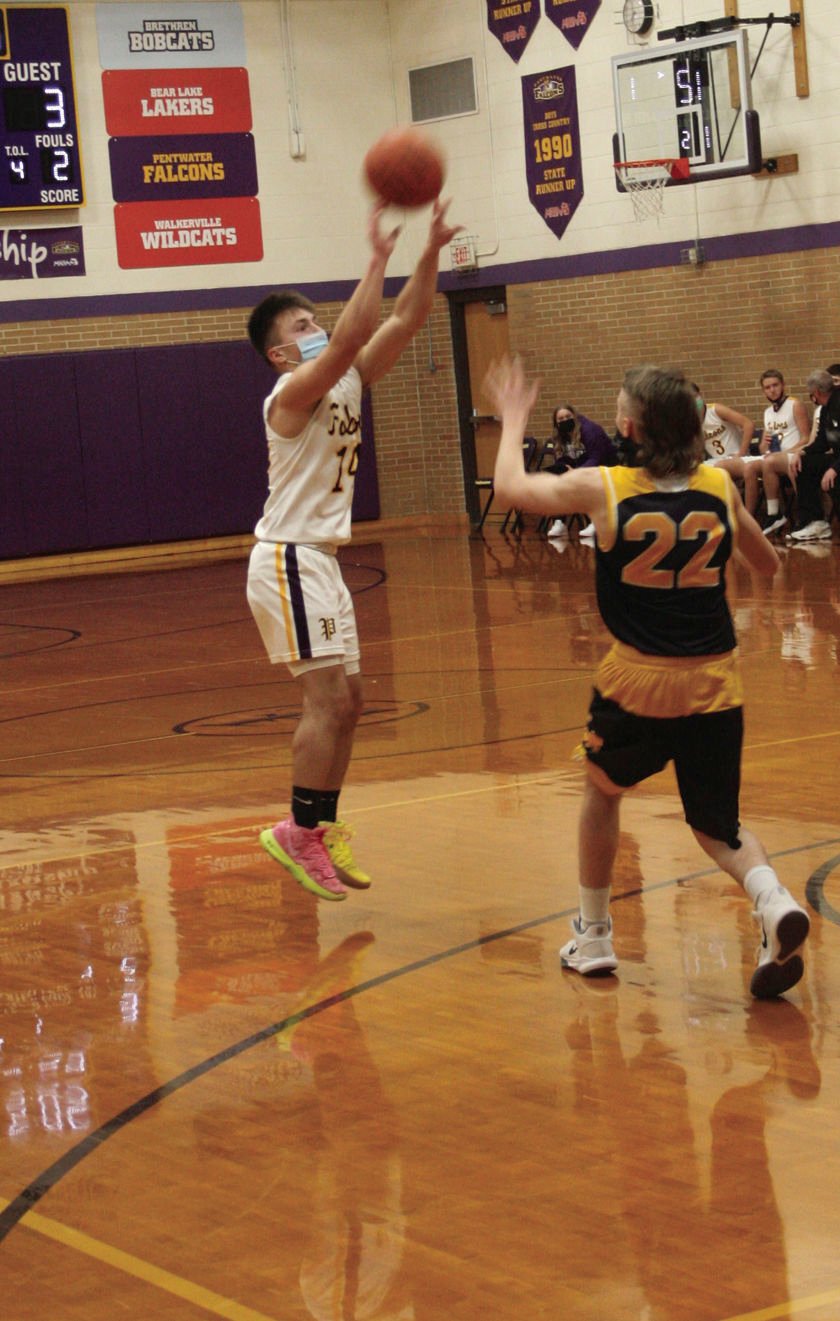 PENTWATER — Pressure early and often from Pentwater helped lead the Falcons to their fourth win of the season as they topped Manistee’s junior varsity squad Monday night, 58-30.

Most years, this game was done via scrimmage. But due to the pandemic, that was unable to happen.

Pentwater head coach Ashley Wojtas was thankful that the Chippewas were willing to schedule a regular season game as an alternative.

“I think it was good for our JV and varsity to play Manistee. Lots of respect to them for coming out and playing,” Wojtas said.

The Falcons came out hot scoring the first eight points of the ball game, as a three-point play by Benjamon Schlaff halted their run early in the quarter.

Pentwater’s full-court pressure gave Manistee some fits throughout the first, as they were able to stretch the lead out to 18-9 thanks in part to a trio of triples from Khole Hofmann in the opening quarter.

Tyler Plummer-Eisenlohr led the charge to start the second, scoring eight of the Falcons first 10 points of the quarter, increasing their lead to 19 points two minutes into the quarter.

Following a timeout from Manistee, the Chippewas were able to slightly cut into that Falcon lead with a 5-2 run.

Pentwater scored on their next two possessions, however, to get their largest lead of the game of 21 midway through the quarter.

The duo of Plummer-Eisenlohr and Hofmann closed the quarter strong for the Falcons, outscoring the Chippewas, 8-2, as Pentwater took a 43-16 lead at the break.

While it was the veterans leading the Falcons in the first half, it was one of the youngsters stepping up early in the third.

Eighth grader Will Werkema-Grondsma not only scored the first five points of the quarter but was active on the offensive glass, grabbing three rebounds on that end in the opening minutes.

“The energy he brings is great,” said Wojtas. “To have such a young player to play good minutes and crash the glass really helps.”

The Chippewas scored the final six points of the quarter while holding the Falcons scoreless during that time, but Pentwater still held onto a 26-point lead heading into the final quarter.

Even after Manistee opened the quarter scoring the first four points, the Falcons were able to go on a 10-0 run to make it a 32 point game with three minutes to play in the game.

Manistee tallied the final four points of the quarter, as Pentwater was able to hold on for a non-conference victory.

Hofmann led the Falcons with 16 points followed by Tyler Plummer-Eisenlohr with 15 and Blake Brigindahl with 11.

Werkema-Grondsma chipped in 10 points while leading the Falcons with 14 rebounds.