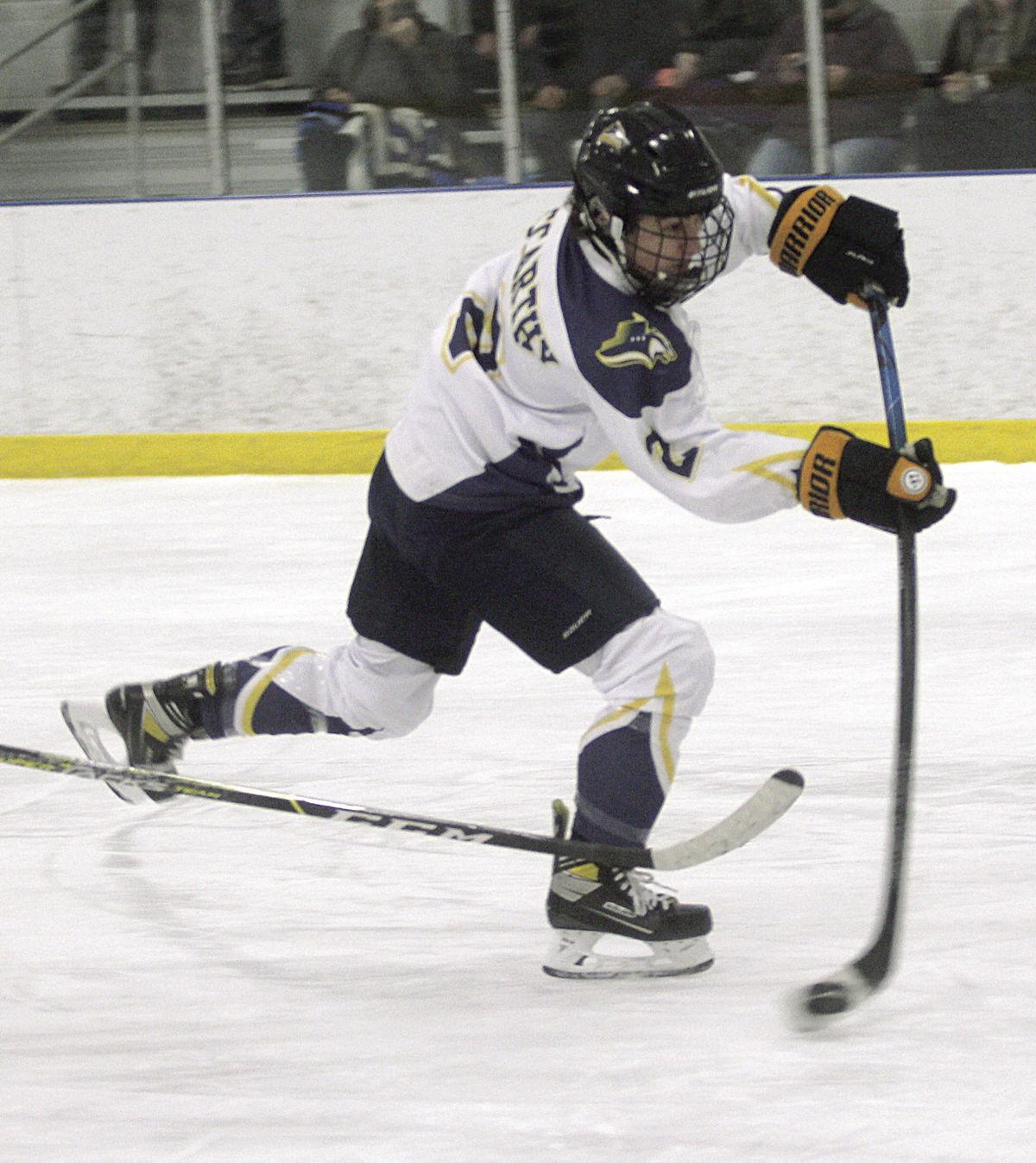 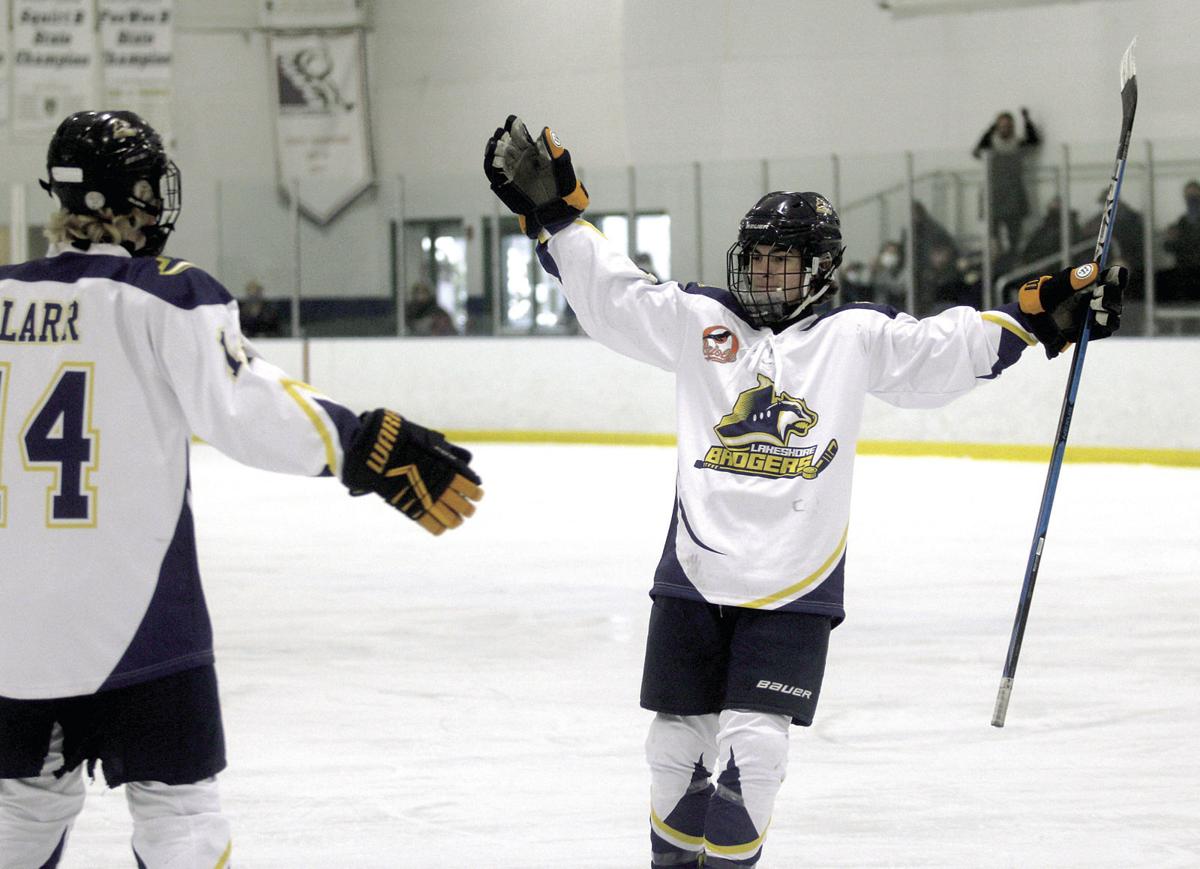 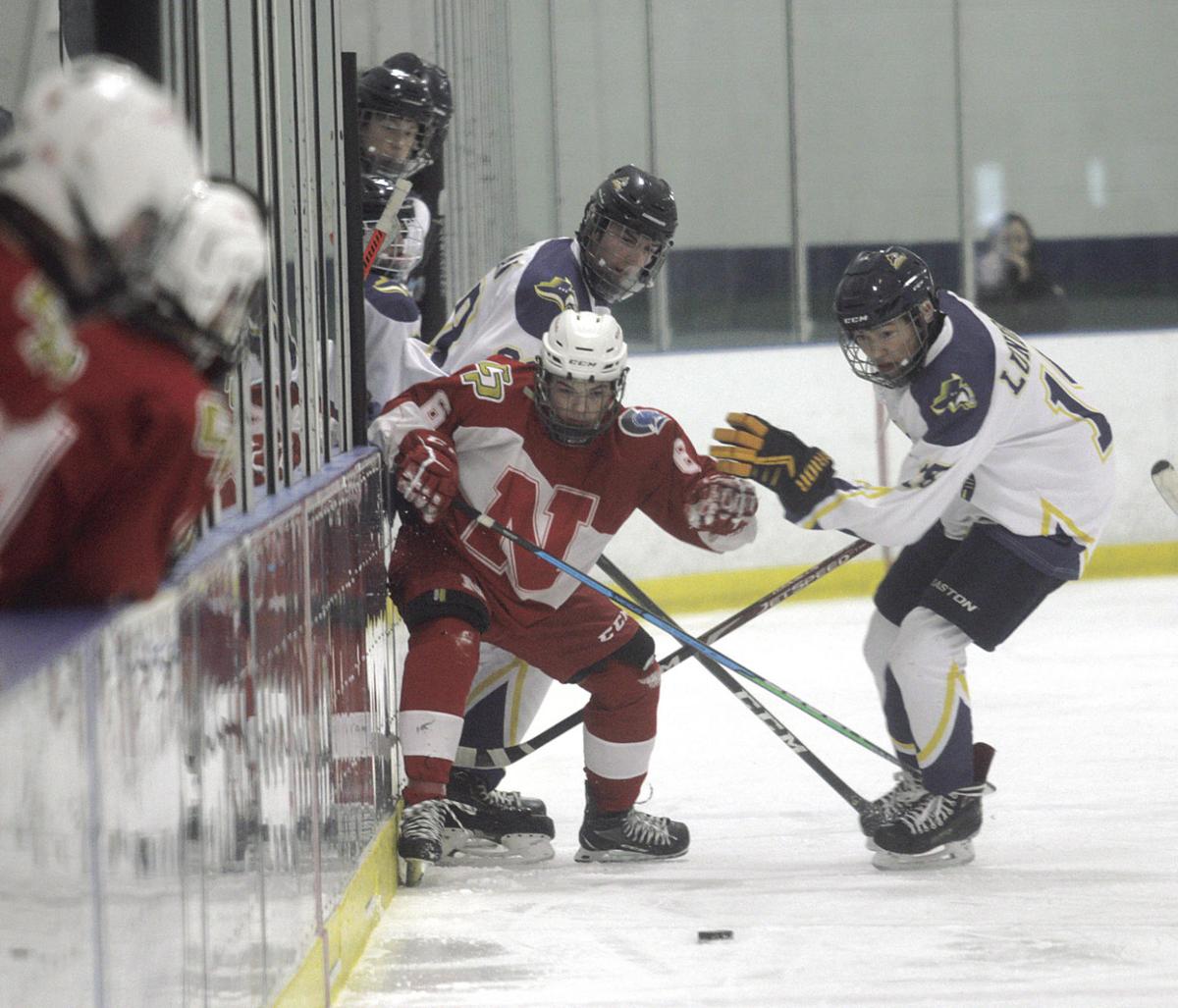 Lakeshore's Jonah Lundberg looks to go after a loose puck against Grand Rapids Northview in front of the Lakeshore bench during Saturday's game at West Shore Community Ice Arena. 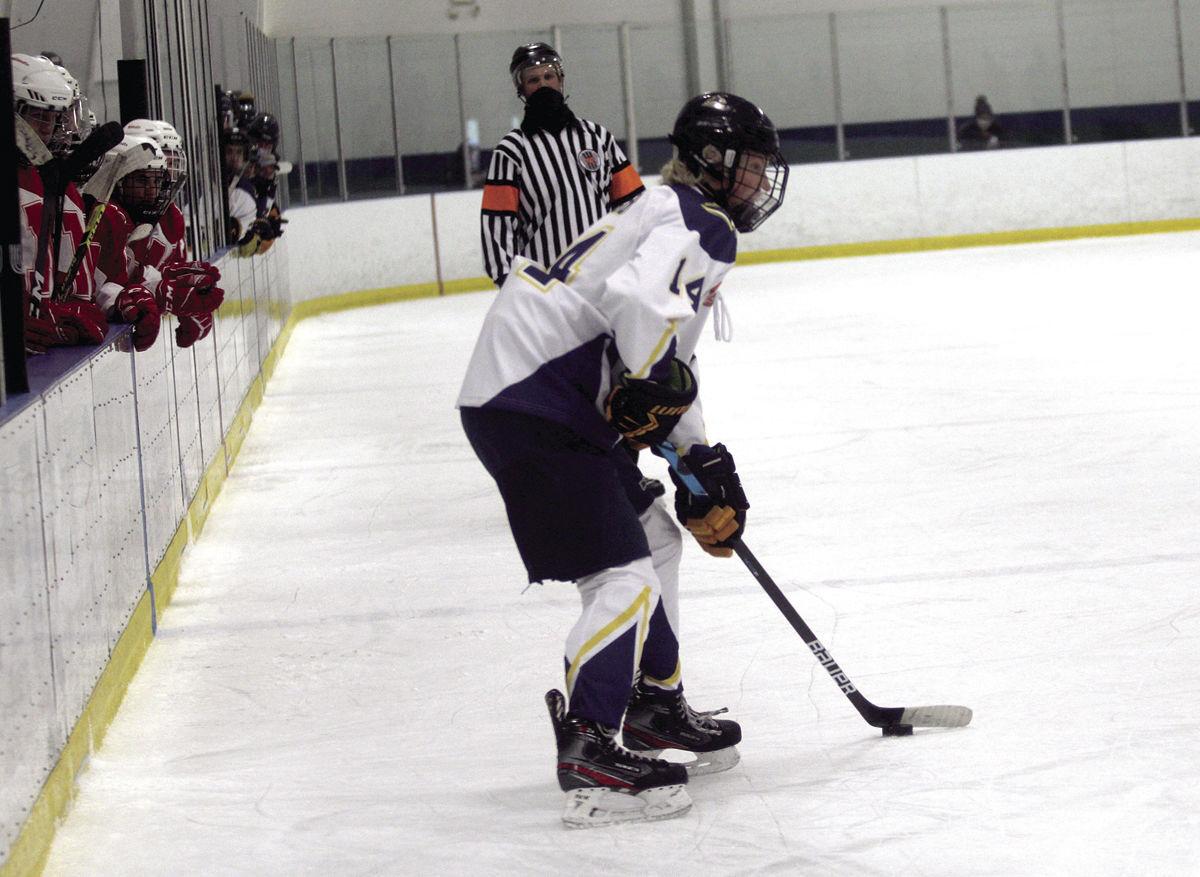 Lakeshore's Jonah Lundberg looks to go after a loose puck against Grand Rapids Northview in front of the Lakeshore bench during Saturday's game at West Shore Community Ice Arena.

VICTORY TWP. — Finishing games has been a problem for the Lakeshore co-op hockey team this season, and it continued Saturday night in a 10-4 loss to Northview at the West Shore Community Ice Arena.

The Badgers trailed by only two goals, 6-4, starting the third period when things fell apart for them in that last stanza. Lakeshore took four or five penalties in the period, which kept the Badgers on the defensive.

Evan McCarthy had a hat trick to lead the Badgers, and Russell Schade scored one. Three out of their four goals came on the power play.

“We’re killing (penalties) the whole period and we’re not able to produce any offense that way,” Lakeshore coach Bill Shriver said. “What we’re finding is the pattern we’re starting to see is we can run for two periods, then the third period is when they begin to pull away.

“It seems we’re behind the play, we take penalties and we’re killing. We’re actually doing a good job killing penalties. We’re killing half of them.

“But, it’s just the volume of them. We’ll get that figured out. We just need to get ahead of the play in the third period. We’re doing a lot of video work so the kids know what is going on. We’re really starting to see some progress.”

Montague pushes itself to win at Mason County Central

Lakeshore got down, 2-0 but then scored three unanswered goals to take a 3-2 lead. But it didn’t last, as Northview tied it at 3-3 before taking that 6-4 lead into the third.

Friday night the Badgers were in Kentwood and came way with their first win, 7-2. Lakeshore pulled away from a tight game in the third period.

Austin Quillan and Jeffrey Schwass each scored two goals to lead the Badgers, while Schade, McCarthy and Ryland Mirretti each netted one.

“They were a good matchup for us,” Badgers coach Bill Shriver said. “We had a really nice balanced attack. We were able to use basically the entire lineup, which was good.

“Both teams kept penalties to a minimum, so it was a relatively clean game. We played three really good periods of hockey for the first time this year.”

Lakeshore plays at Northview on Wednesday.