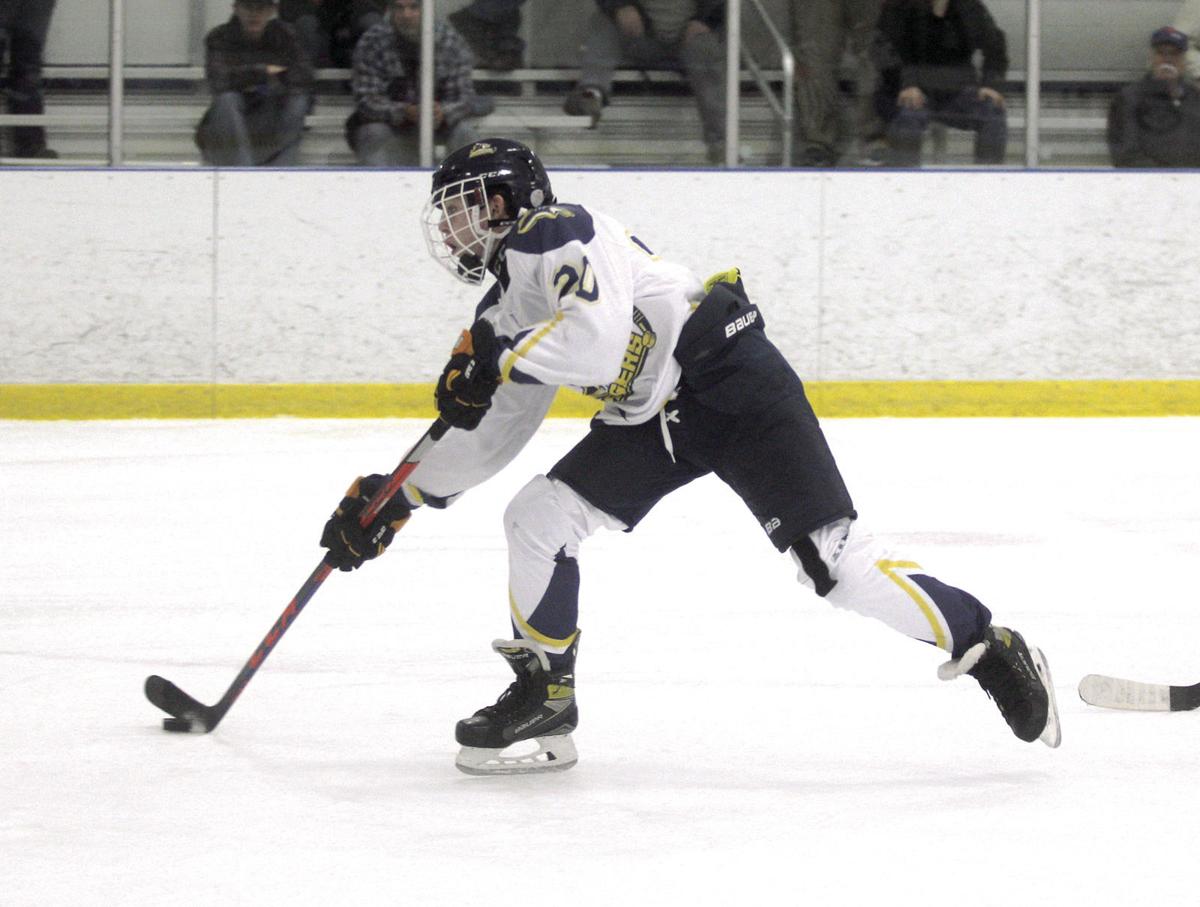 Lakeshore’s Brandon Austin fires the puck for a goal in the second period Wednesday against East Kentwood at West Shore Community Ice Arena. The Badgers won, 5-2. 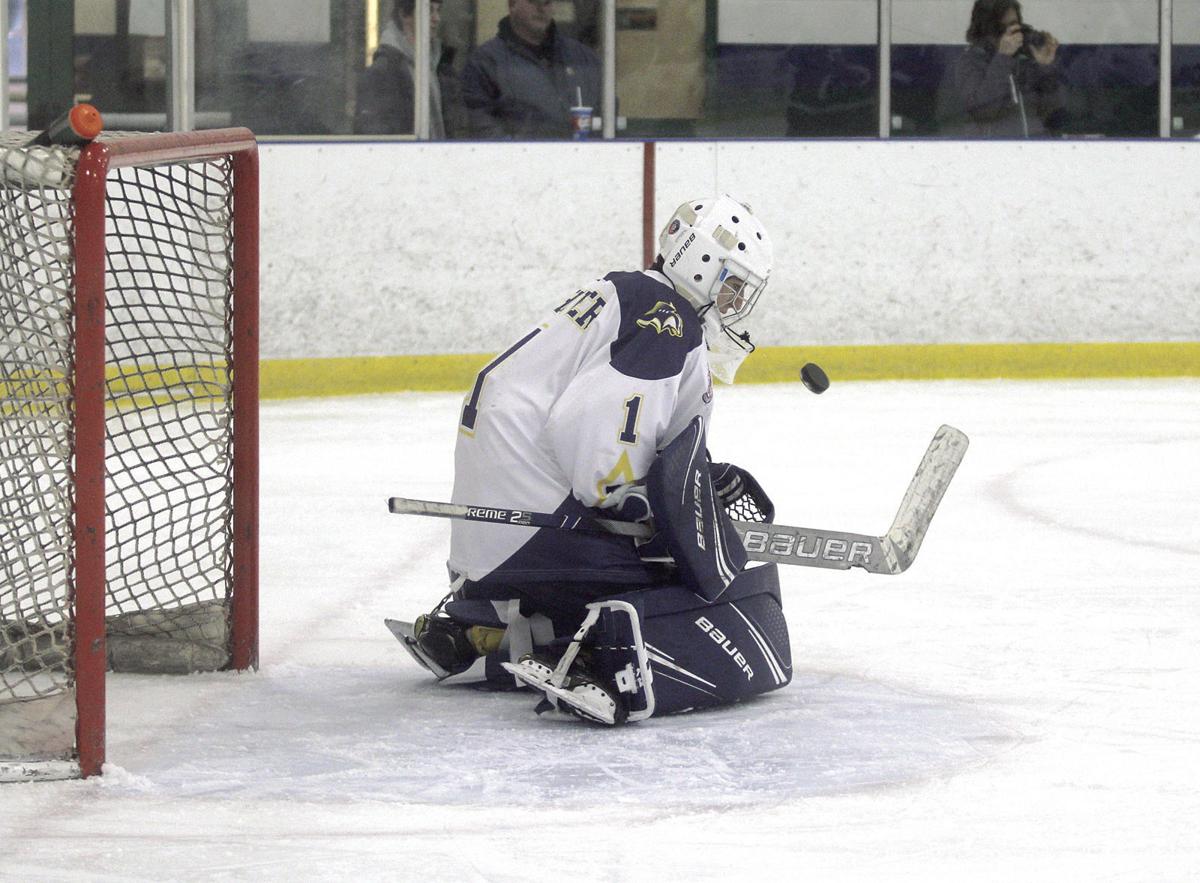 Lakeshore's Alex Shriver makes a save against East Kentwood during the first period of play Wednesday afternoon at West Shore Community Ice Arena. 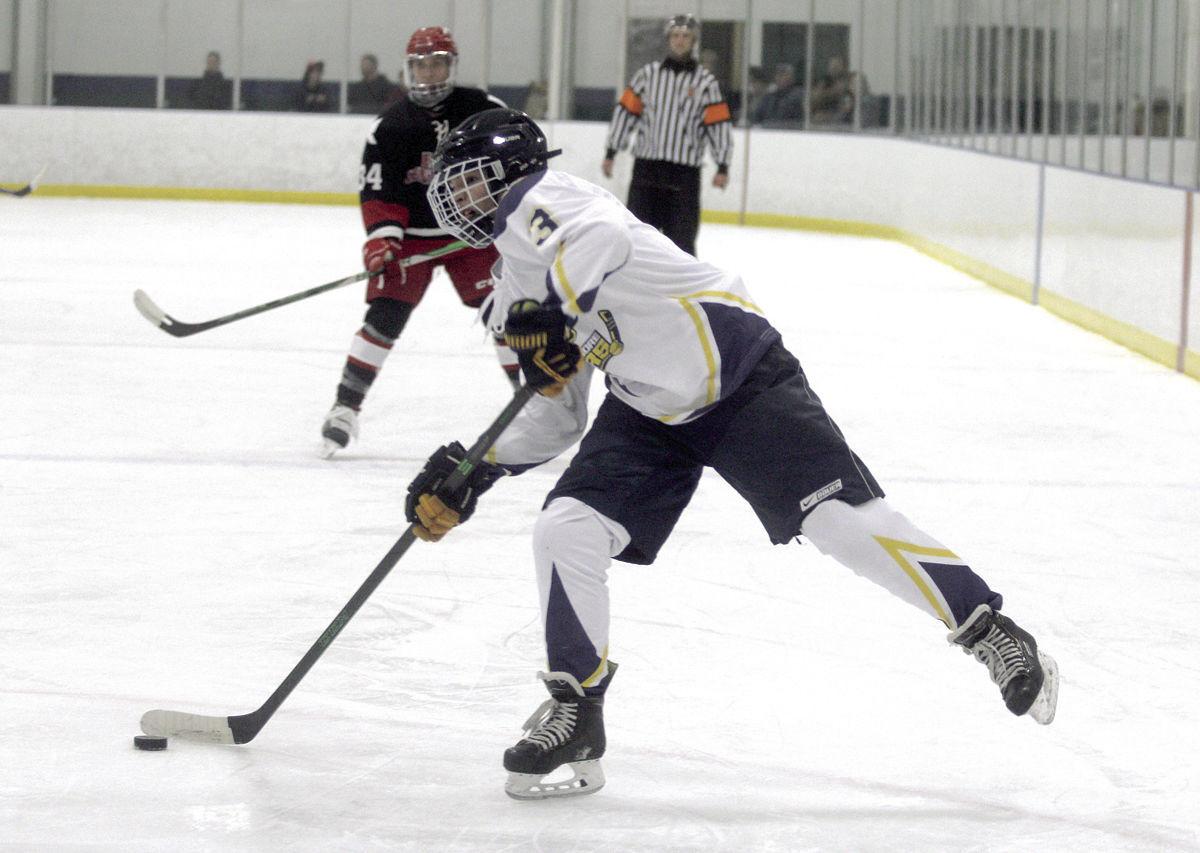 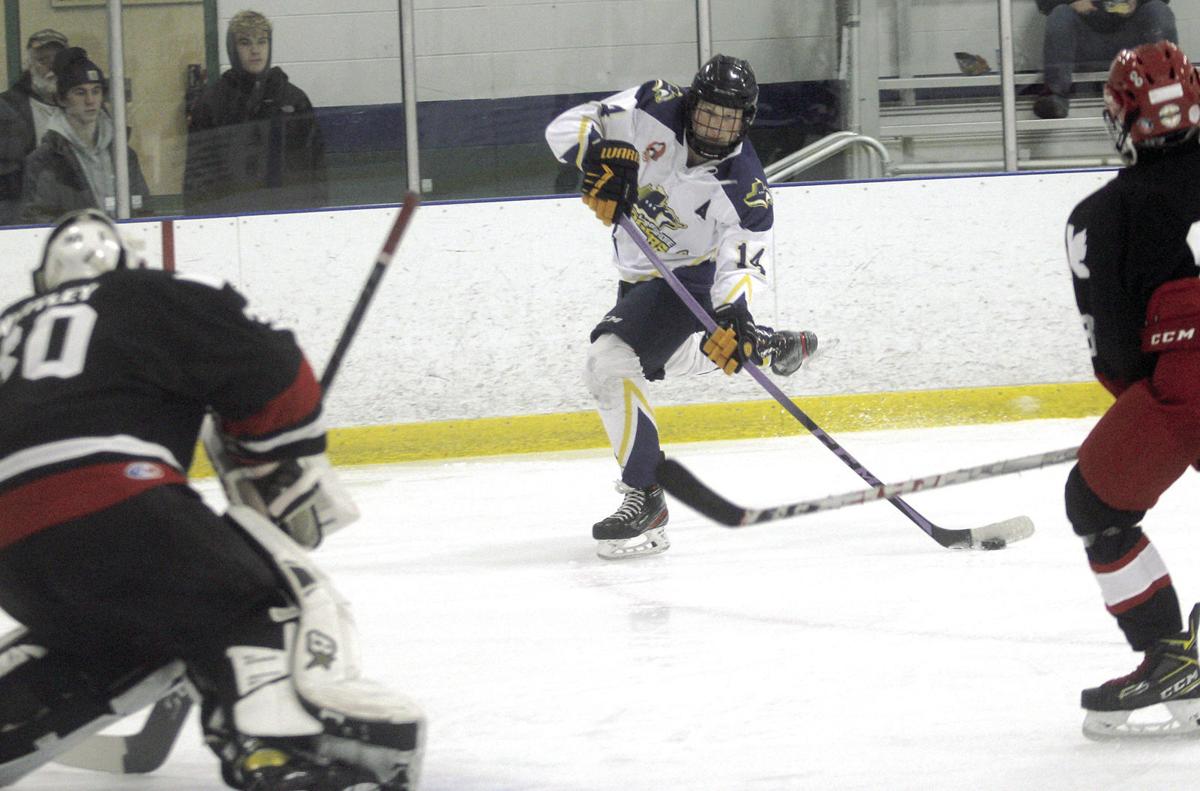 Lakeshore’s Brandon Austin fires the puck for a goal in the second period Wednesday against East Kentwood at West Shore Community Ice Arena. The Badgers won, 5-2.

Lakeshore's Alex Shriver makes a save against East Kentwood during the first period of play Wednesday afternoon at West Shore Community Ice Arena.

Neither team could find the net in the first 17 minutes, but the Badgers (1-2) scored a pair of goals just 48 seconds apart to take a 2-0 lead and never relinquished it in snapping a two-game losing streak and picking up their first win of the season.

The Badgers continued to struggle keeping out of the penalty box in the second period, as for the third straight game they’ve been guilty of multiple infractions after a clean first period. Sawyer Smith received a game misconduct penalty in the third period and will have to sit out Friday’s home game with Lenawee. It was called following one of three scuffles during the game.

Fortunately, the Badgers were able to escape the shorthanded stretches unscathed as they killed off all the penalties, and even managed to extend their lead to three goals in the second period.

In fact, the Badgers could have opened up an even bigger lead, but had several other scoring opportunities wind up being stopped by the Falcons’ goalkeeper.

A couple of shots were deflected off the keeper’s body, smothered in his glove or flicked away by his stick.

“Like I’ve said before, when we play 5-on-5, we play well,” Badgers coach Bill Shriver said. “East Kentwood is similar to us in talent and skill level, and hopefully we see more of that kind of competition this season.

“I’ve told the guys that if they keep their heads, good things can happen. But, we can’t keep giving teams power play opportunities in that second period. We had six penalties in the second period.”

On this night, the Badgers survived their rash of second period penalties, and added another goal as well to keep a distance between themselves and the Falcons.

“It’s nice to see the scoring spread out,” Shriver said. “We have five goals by five different scorers, and three different players on assists.

“Again, we had really good opportunities. It’s what you want to see. If we can keep that up, we’ll be competitive in every game we play. Alex (Shriver, the goalie) played well for us, and gave us a chance.

“On the one goal he misplayed the puck, but the other was just a good goal. Everybody up and down the lineup played well. Everybody contributed. We’re going in the right direction.”

Mason County Central senior Russell Schade cracked the ice, so to speak, for the Badgers with a goal from off the right wing just less than six minutes into the second period, with assists from Mason County Central junior Austin Quillan and Ludington senior Luke Larr for a 1-0 lead.

Just 48 seconds later the Badgers, showing great hustle in getting the puck out of their defensive zone, Ludington freshman JT Szoboslay capped a breakaway with a bullet that eluded the Falcons’ keeper for a 2-0 lead with 15:11 left in the second. Quillan provided the helper for his second assist.

Despite all the energy they had to expend denying the Falcons on the power play through a lot of the period, the Badgers made it 3-0 at the 2:33 mark of the stanza as Mason County Eastern freshman Brandon Austin blistered a shot past the keeper for an unassisted goal.

But the Falcons finally ended their scoring drought, getting a goal from Dylan Locey at 1:09 from Cam Willie and Oscaar Vargas to make it a 3-1 game at the second intermission.

East Kentwood scored tis second goal six minutes into the third period on an unassisted goal by Vargas, but the Badgers scored two more to put the game away.

With the Badgers on the power play, Larr planted himself immediately in front of the Falcon net as Schade and Quillan got him the puck, and he blasted a slapshot into the net with 9:06 remaining in regulation.

The Falcons pulled their goalie for an extra attacker after that goal, but the strategy backfired when they lost control of the puck in the Lakeshore zone and Quillan just got his stick on it to send it down the ice for an empty net goal.

Lakeshore begins a two-game home series with Lenawee at 7 p.m., Friday, and then plays at 3 p.m., Saturday.

Will the Detroit Lions win a game this season?