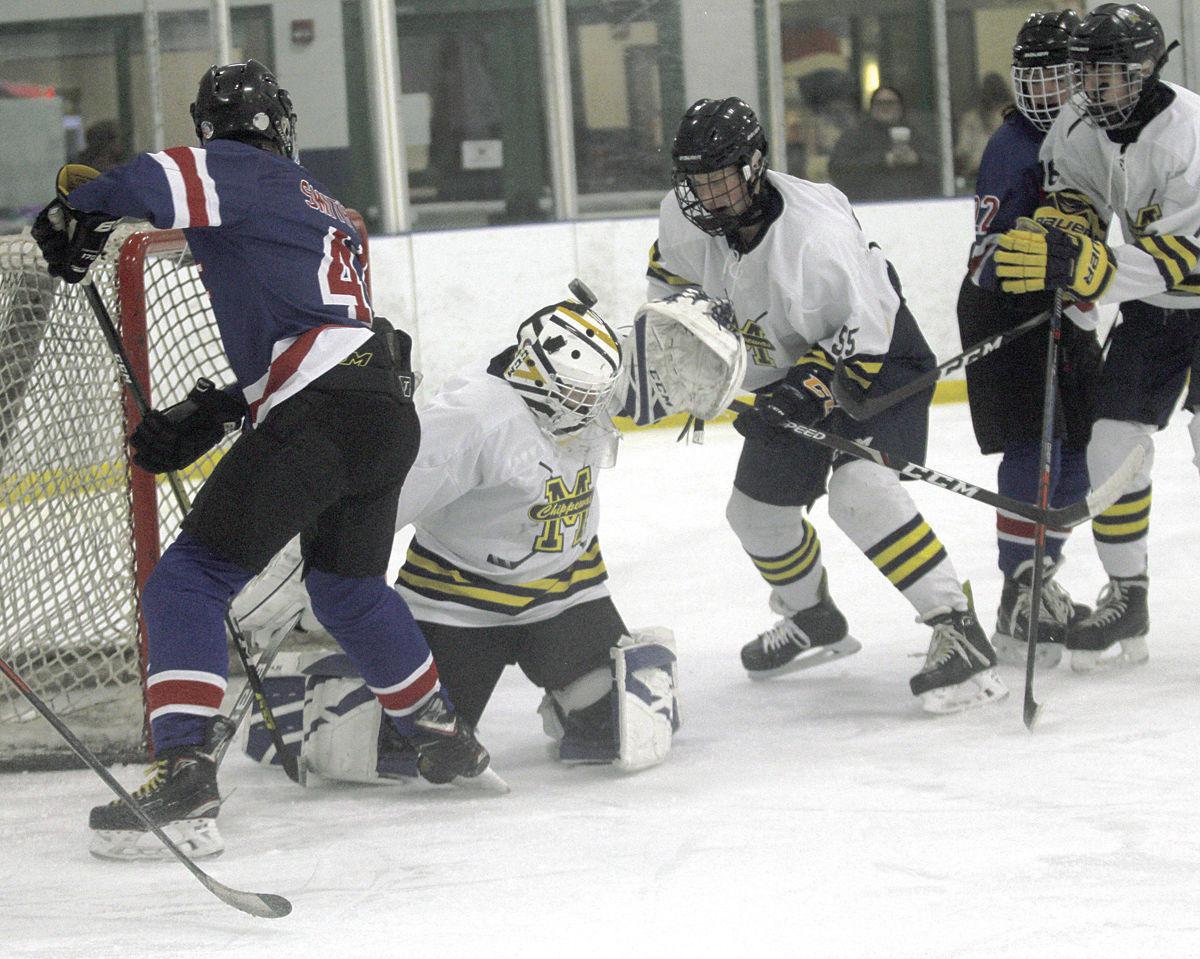 The puck glances off of the helmet of Manistee goaltender Alex Shriver as teammate Luke Larr looks on during a game Saturday at West Shore Community Ice Arena. 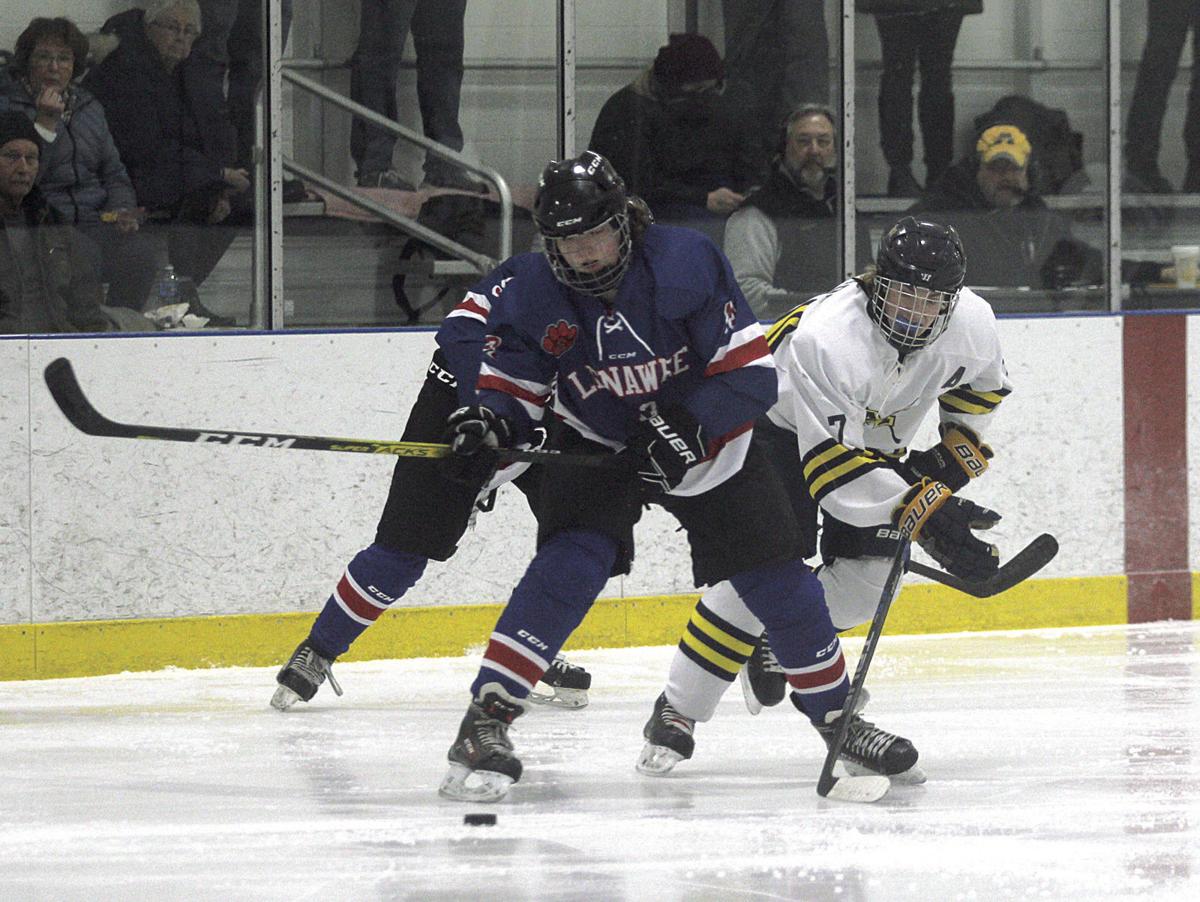 The puck glances off of the helmet of Manistee goaltender Alex Shriver as teammate Luke Larr looks on during a game Saturday at West Shore Community Ice Arena.

VICTORY TWP. — The game was still to be had near the end of the second period with the Manistee co-op hockey team locked in a 2-2 tie with Lenawee United in a non-conference contest Saturday afternoon at the West Shore Community Ice Arena.

After an hour’s delay because of a mixup with the officials, the Chippewas (0-3) started a little slow out of the gate and spotted the Cougars (4-1) a 1-0 lead early in the first period.

Picking up the pace thereafter, and especially in the second period, the Chippewas rallied to tie the score twice before the wheels fell off for them in the third period en route to a 7-3 loss.

“Maybe the confidence was a little too high in some of the kids (after Friday night’s 7-5 loss),” Chippewas head coach Jim Foley said. “At some point, some of the kids wanted to do too much, rather than using the team."

For more of this story, pick up a copy of the print edition of The Ludington Daily News or buy our e-edition.


Who do you have in Super Bowl LIV?