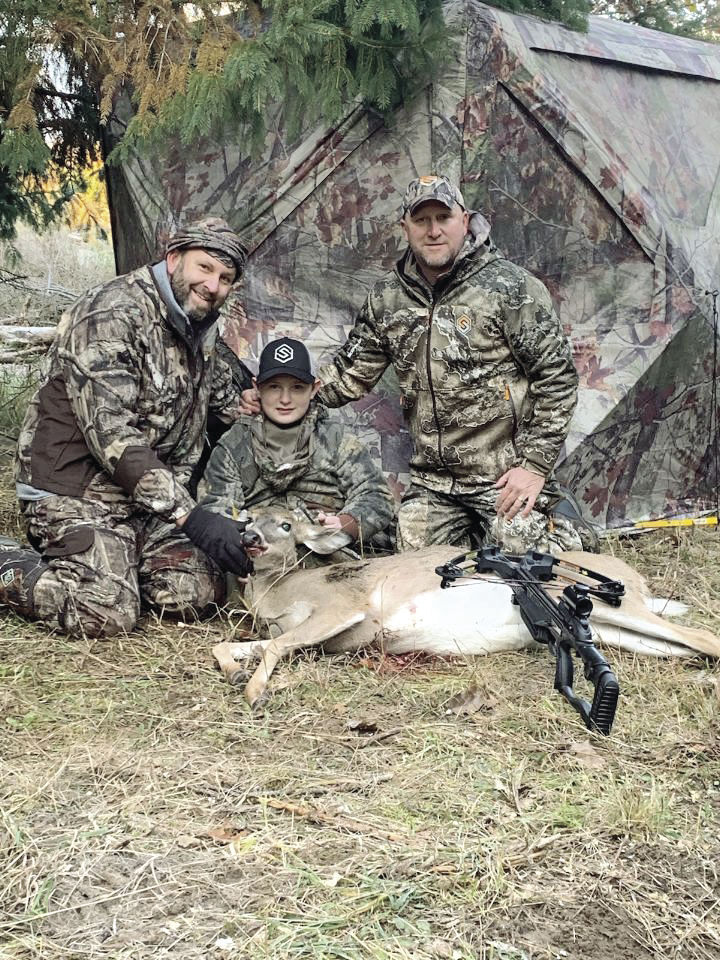 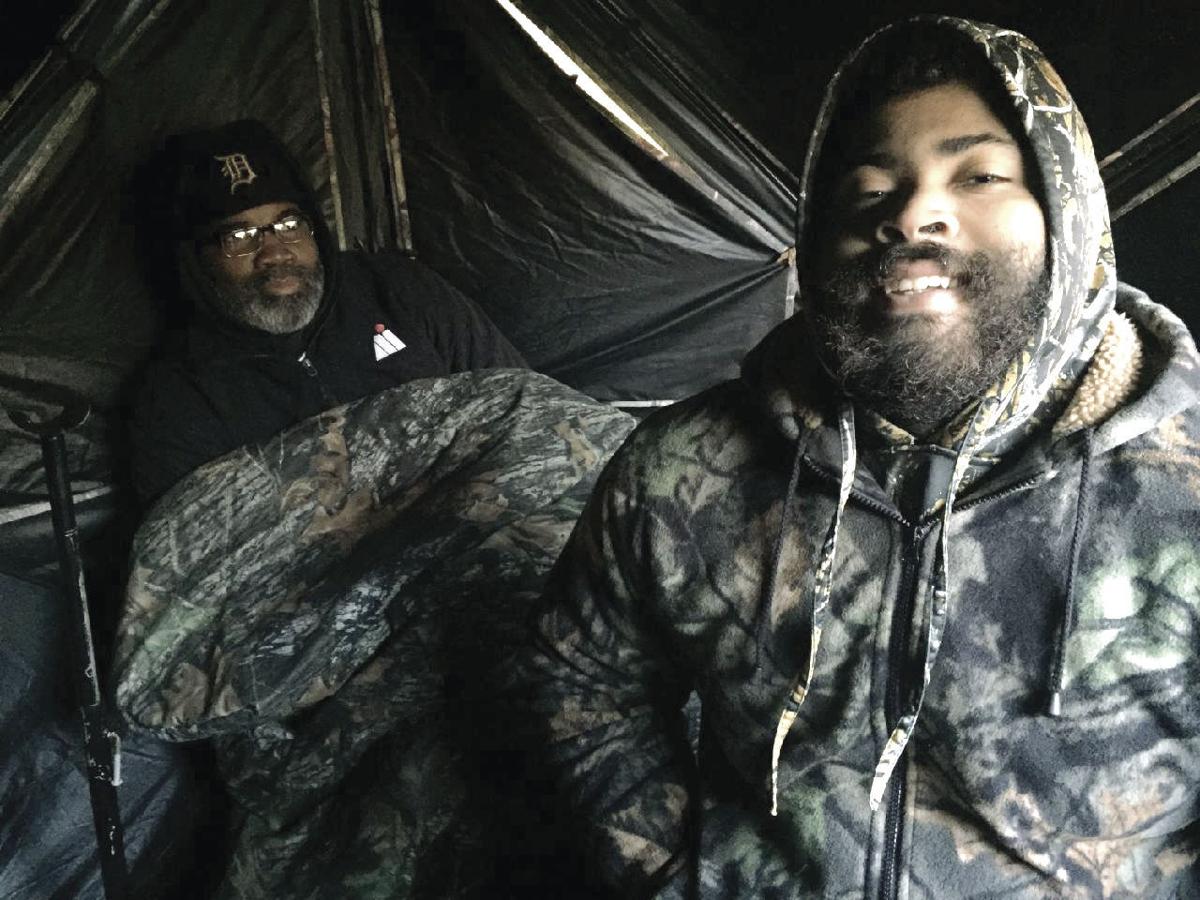 One place it saw need was in getting people afield who otherwise would not be able to enjoy the outdoors. It’s a cause Tom Poole knows well.

Poole’s nephew, Jeff, suffered a fall from a tree at age 9. He was paralyzed and hasn’t been in a tree since.

“For me, it’s the ability to give back to those who have given so much,” Tom said. “I couldn’t have prevented (the accident), but I just want to help people who have a similar situation.”

Poole got involved with the Physically Challenged Bowhunters of America about 15 years ago and was one of the people who helped out West Michigan Wildlife’s PCBA hunts.

After struggling to fill hunt spots, West Michigan Wildlife went out on its own and started finding young hunters to participate in its annual bowhunt in Sherman and Sheridan townships.

Headquartered in the Meade Township Hall, the group that includes Poole, Aubrey Gale, Roger Doctor, David Horn and local landowner J.W. McCormick, the group had four young hunters in the area this week.

Wyatt Fairchild, 14, of Rothbury; Peyton Doctor, 14, of Fruitport; CJ Blackwell, 20, and Tyler Kuhn, 22, both of Grand Rapids, made the trip up to the area to try their luck on accompanied hunts using crossbows.

“Peyton really hasn’t been into this stuff,” Tom said. “For a while, he did it to appease me or my dad. But this year, he’s taken a turn. He has an interest. I know my dad would be proud. If he shoots something, I know my dad will be looking down.”

While some have bemoaned 2020 as a hardship due to changes in family schedules, Scott Fairchild, Wyatt’s father, said he was really pleased with how it’s gone for his family. They never had time to be together before, but this year they’ve all re-connected and really enjoyed it. The hunt is a cherry on top of what has been a good year, family-wise, he said.

“I think it’s awesome for them to have this opportunity,” Scott said.

Both young men had been on the hunt before. Scott said the previous hunt opened up bowhunting for Wyatt. He even hunts with a compound bow at home now, although this week all four hunters will use crossbows.

“He gets more out of it than just sitting for rifle season,” Scott said.

Both fathers said it was just such a rewarding experience all-around.

“Just to have these guys think about these kids, that’s what’s special,” Scott said. “All the farmers and volunteers — it’s hard work getting our kids in the woods.”

He listed the trail and site preparation and transportation concerns that go with preparing for a wheelchair hunt in the woods.

“These guys thought of all that already,” Scott said. “To be able to just step in and hunt, that’s a really big deal. I know the kids are excited.”

Peyton, who hunted with McCormick two years ago, said he was indeed excited.

Peyton said while he is excited, he wanted it known that he doesn’t shake from buck fever.

“He breathes heavy,” his dad added.

Wyatt got out with McCormick three years ago and harvested a nice buck.

McCormick said he doesn’t feel pressured to put the kids on a big deer or an easy deer, though he would like them to have an opportunity.

“All I care about is that whoever is sitting with me at the end of the day is happy,” McCormick said.

Horn, who is a sponsor and landowner for the hunt, said he also doesn’t get too stressed about the outcomes.

“I think it’s great we get these young guys or anyone with challenges who wants to hunt the opportunity,” Horn said. “I have grandkids who love to hunt and they’ve all shot deer already this year. I just enjoy helping.”

Horn said they do the best they can for the kids who are up hunting.

Poole said the amazing thing is how resilient and adaptable the young hunters are.

“You go to help them with something in the blind and you realize you really aren’t helping,” Poole said. “They’re helping you.

“But they’re appreciative you took the time — that’s the thrill I have. This is just something people do for other people. They just want to help. But you realize they can do the same things we do, they just do it differently.”

Gale said the group is appreciative of all the sponsors and landowners, including Scent-Lok and Ertie’s Forest Trail, which donated pizzas for Thursday’s dinner.

Gale noted that they have had issues filling spots in the past and asked for anyone who knows any young person with physical challenges who would like to hunt to reach out. Gale can be reached at (231) 557-3307.