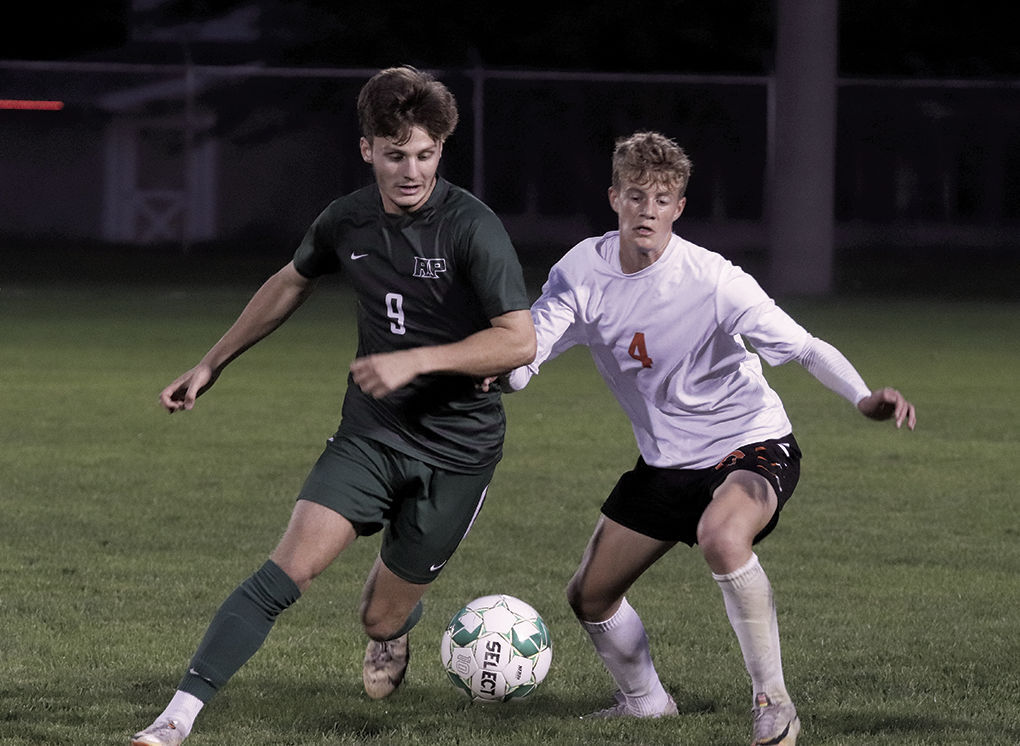 Ludington’s Steven Stidham gets up off of the ground looking to get control of the ball against Reeths-Puffer during an MHSAA Division 2 district quarterfinal match Wednesday evening in Muskegon. 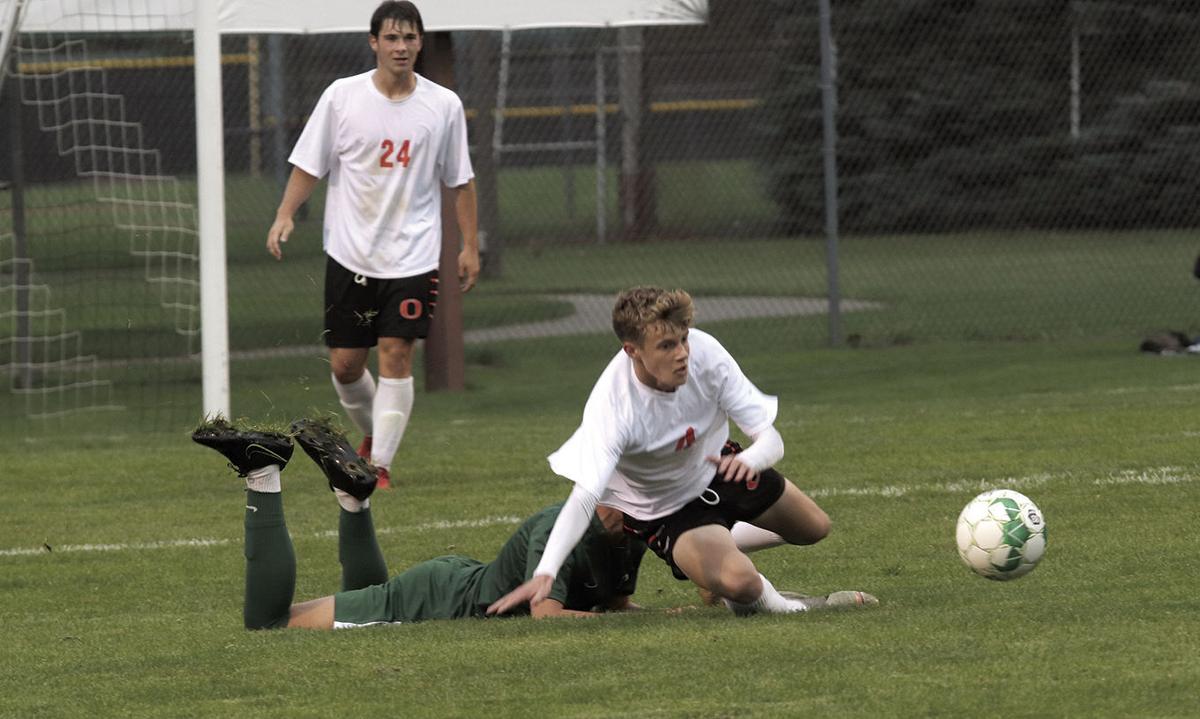 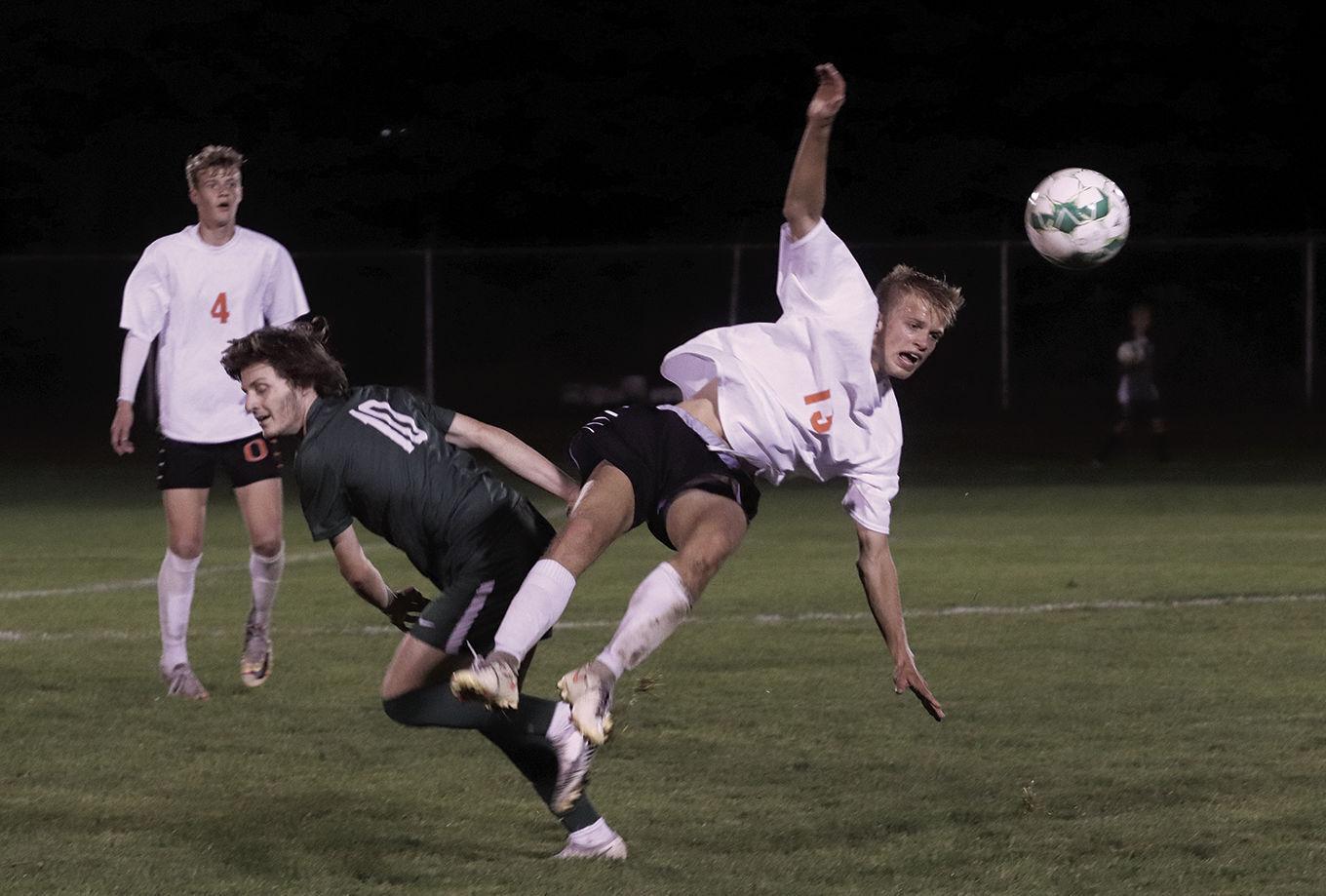 Ludington’s Steven Stidham gets up off of the ground looking to get control of the ball against Reeths-Puffer during an MHSAA Division 2 district quarterfinal match Wednesday evening in Muskegon.

MUSKEGON — Ludington’s boys soccer team saw its season come to a close in the MHSAA Division 2 district quarterfinals at Reeths-Puffer, 2-0.

The Orioles (16-3-1) were one of four either ranked or highly competitive teams in the district, and one of the other teams high on the list was Reeths-Puffer.

“You’ve got four solid, strong teams in there, and it’s the nature of the draw,” said Ludington coach Kris Anderson. “Reeths-Puffer is one of them, and they’re a good team. They got the better of us tonight. It’s not for a lack of effort. We played hard. I would say, essentially, it was an even game.”

The Rockets scored the first goal about midway through the first half. Reeths-Puffer scored its second goal with about two seconds remaining in regulation, Anderson said.

“That goal is where we had to throw everyone forward. They happened to win a ball and countered againsts a depleted back line because we’re trying to tie the game up,” he said.

The Orioles had their chances to either take an early lead or knot the game up at one goal apiece, he said.

“We had seom really great chances in the second half,” Anderson said. “We made some adjustments and when we were down, we pulled one of our defenders for a midfielder or a forward. We were starting to throw people forward and create opportunities. Their keeper made the saves or their defender deflected a shot that was headed on goal.”

Anderson said the Rockets recently won their league tournament, and the division of the Ottawa-Kent Conference that Reeths-Puffer plays in is very good.

“They’re a good solid team. It’s just the way it is. It just happened to be in the first round of the district,” he said.

“Matthew, Bryce and Tiler have given a lot to this program,” Anderson said. “And they played key roles for us in the last couple of years. What a senior year for all three of them. They went 16-3-1 and only giving up seven goals on the season which is close to an MHSAA record.”

The program also picked up its 500th victory during the course of the season, coming in the victory against Western Michigan Christian. It now has 504 all-time.

“That’s some memories they’ll have for the rest of their lives. Winning the last Lakes 8 Conference title, winning the first Carferry Cup, there’s a lot of good things that happened,” Anderson said. “(Reeths-Puffer) is just as good as us. That’s the tough part of being in that district with Spring Lake and Fruitport and also being in (Division) 2.”

The program expects to remain in Division 2, and many players will return for the Orioles for next season. Anderson said next year’s juniors and seniors will have a couple of seasons of playing with the larger schools under their belts, and the experience should pay off.

“All of the experience in the last two years and the competition, it should lead us to being competitive again next year,” he said. “That Reeths-Puffer team is pretty much all juniors and sophomores as well. That’s where we’re at. Two similar teams, still evenly-matched.”

Overall, he said the loss was bitter, but he wasn’t disappointed in the season considering the achievements of the team.