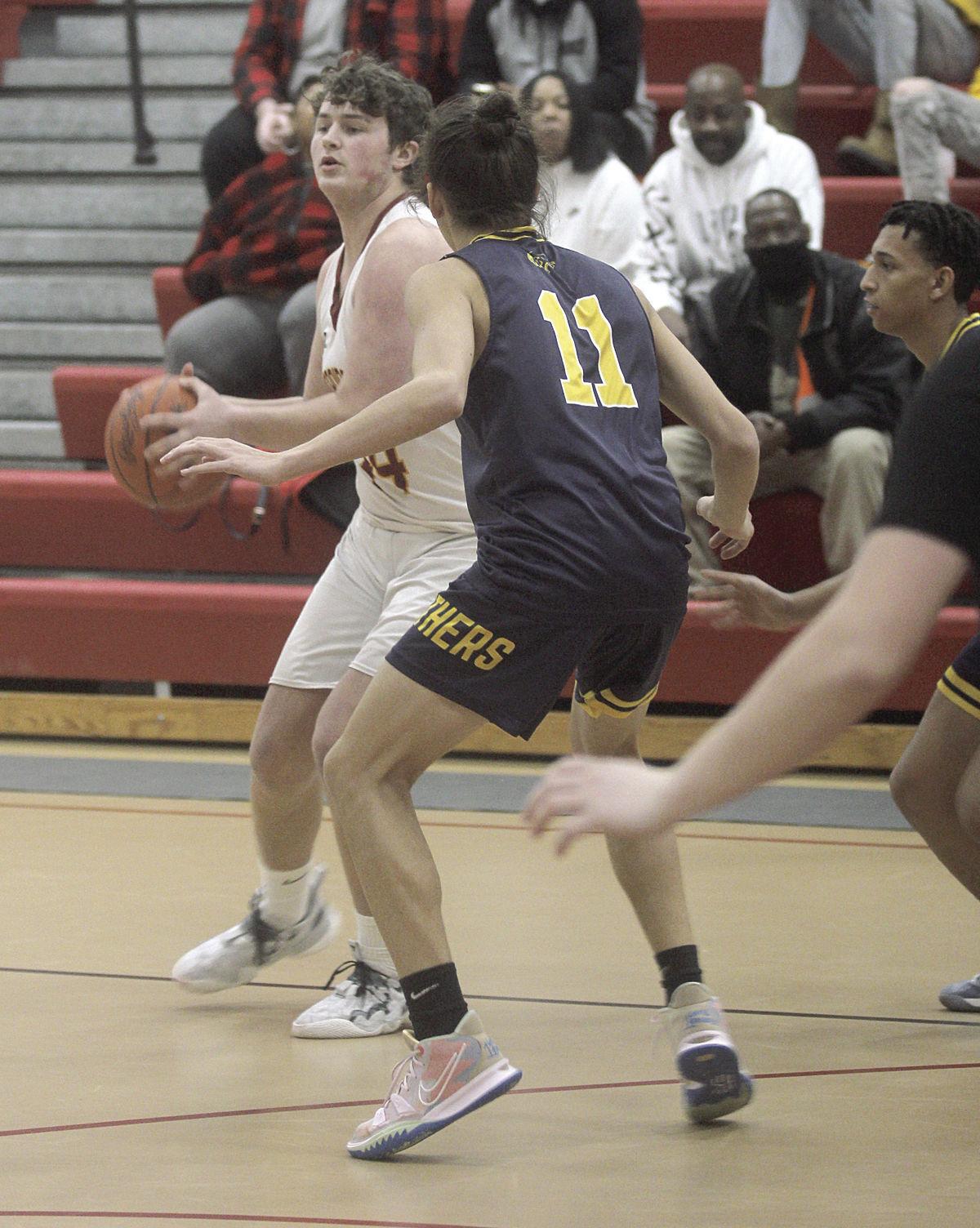 Mason County Eastern's Wyatt Crawford looks to pass to a teammate while being defended by Baldwin's S.J. Hossler during the first half of play Thursday in Custer. 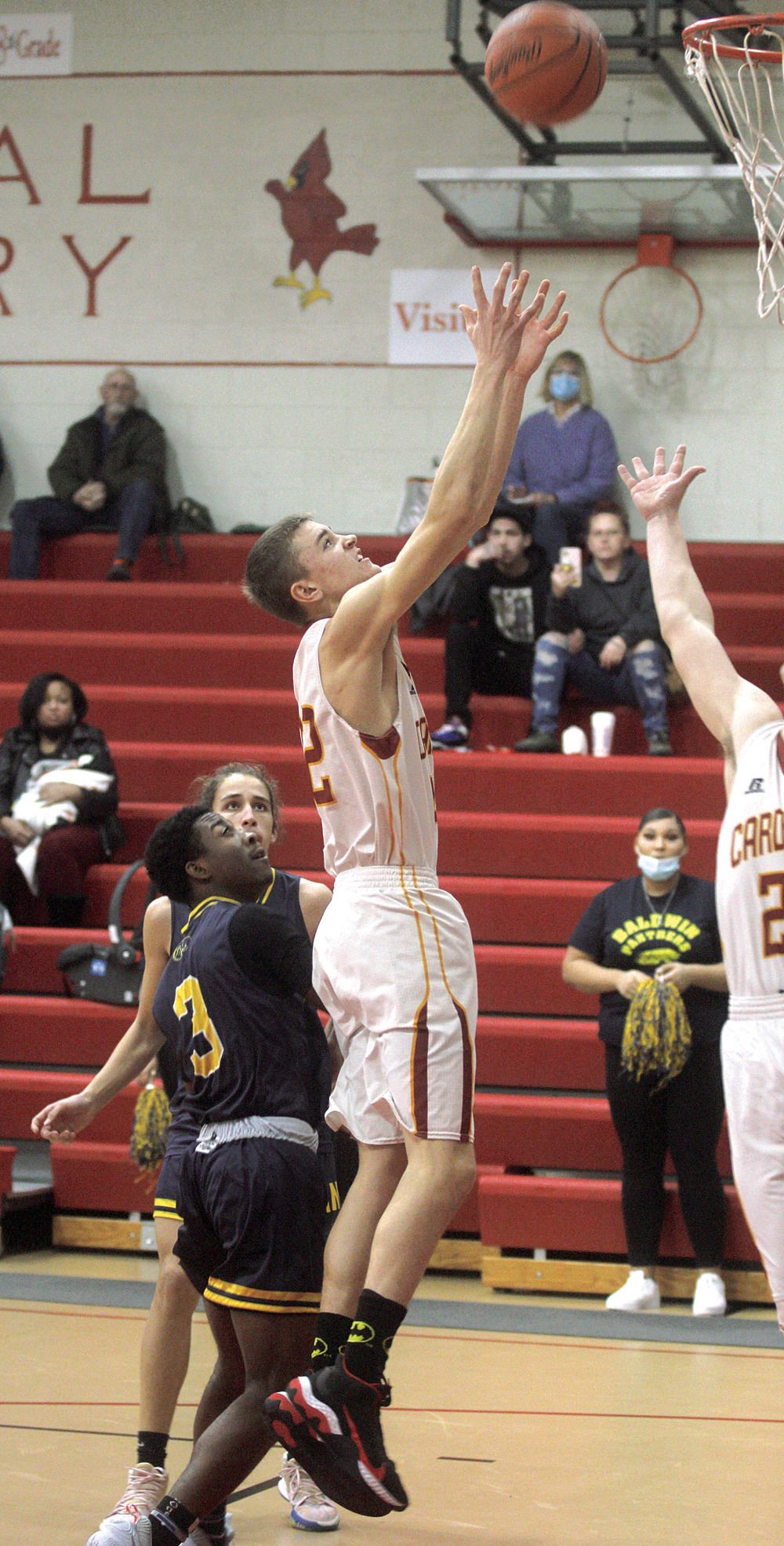 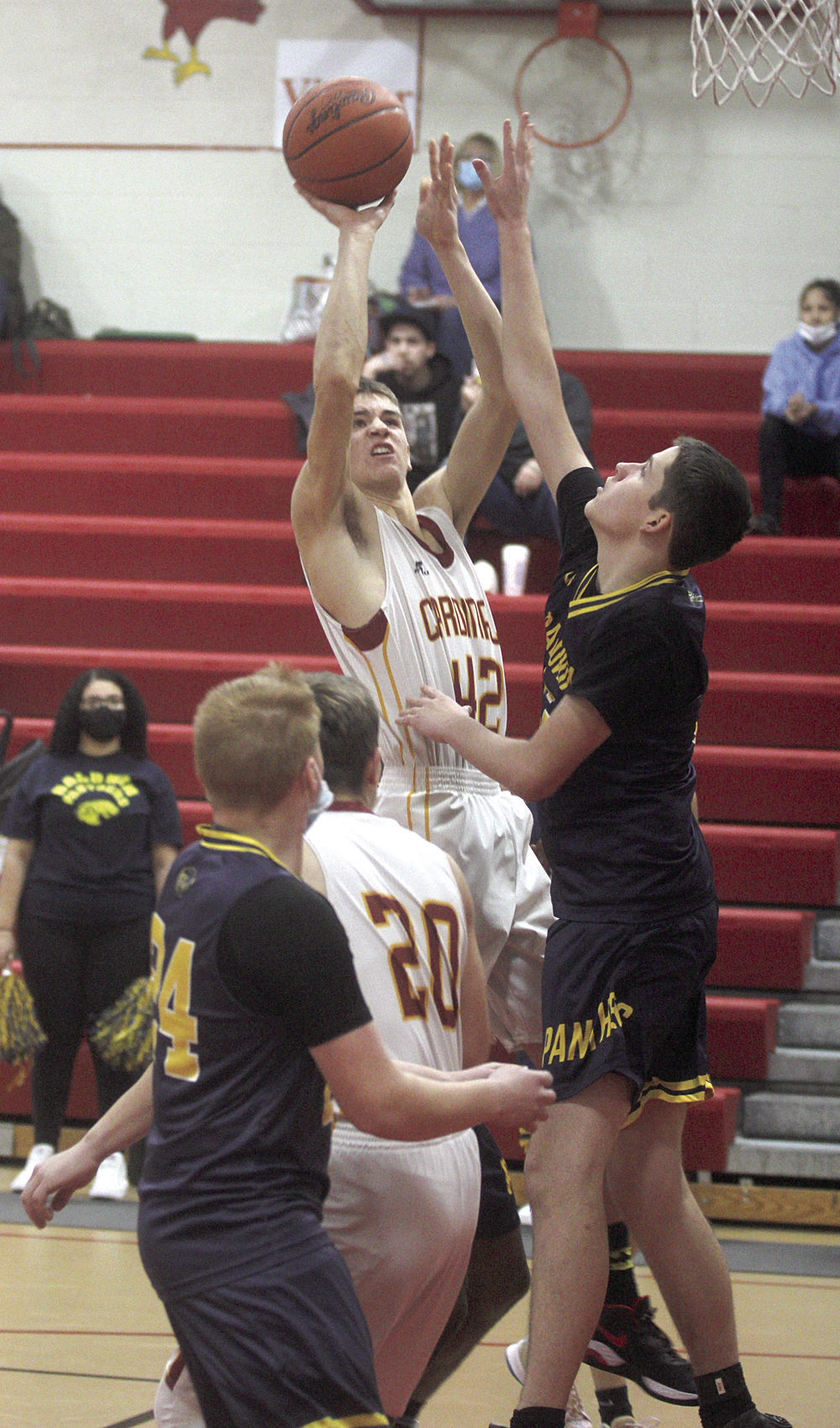 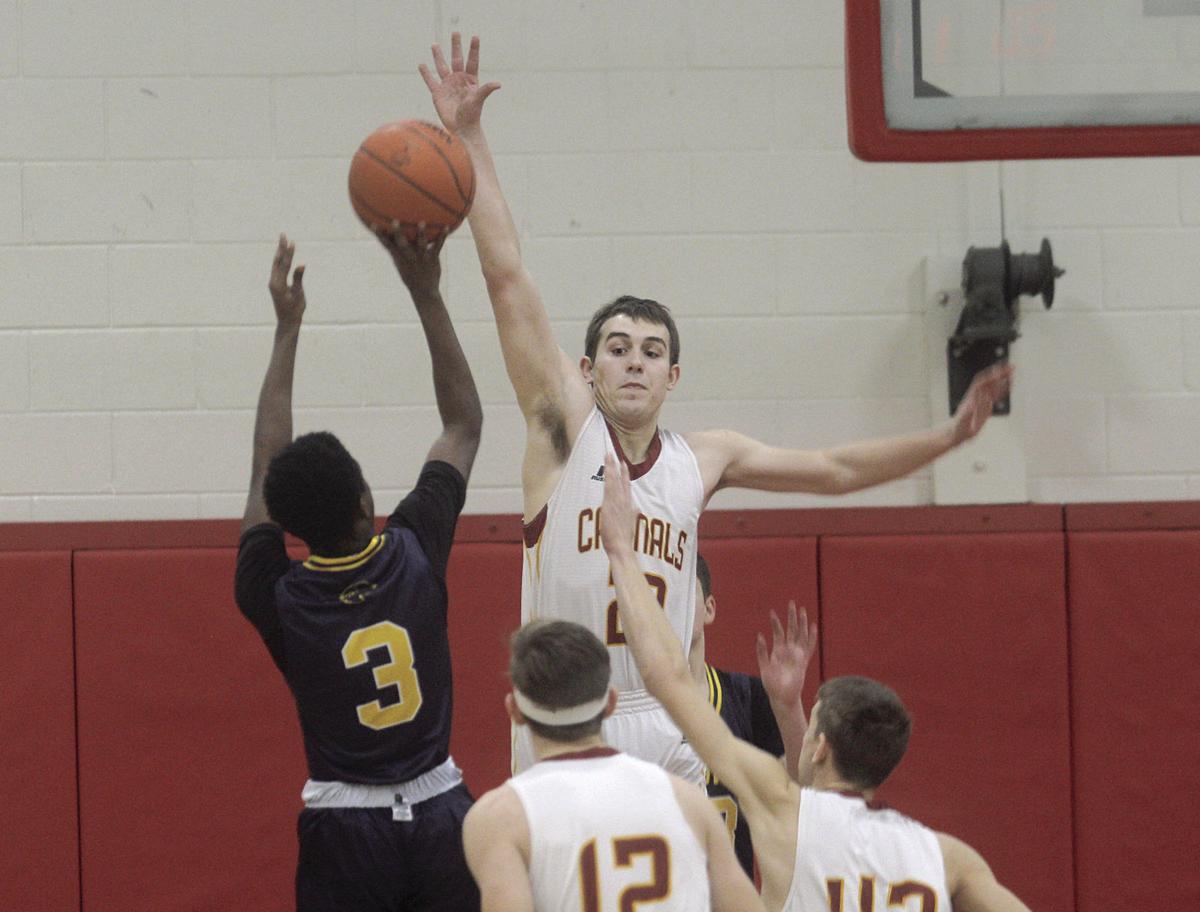 Mason County Eastern's Wyatt Crawford looks to pass to a teammate while being defended by Baldwin's S.J. Hossler during the first half of play Thursday in Custer.

The Cardinals (4-2, 4-1 WMD) had a slow first quarter, scoring only six points to Baldwin’s 13. Hitting four 3-point shots in the second quarter allowed Eastern to outscore Baldwin in that frame, 18-16, to cut Baldwin’s lead to 29-24.

Sophomore Clay Shoup drained two of the 3-pointers in the quarter and junior Nate Wing and senior Wyatt Crawford added the other 3s. Junior Carmelo Lindsey scored 10 points in the second quarter when he was 8-8 from the free throw line.

Eastern trailed throughout the third quarter until Wyatt Crawford hit a 3-point shot with 1:47 remaining that put them ahead, 42-40. About 30 seconds later, Baldwin (5-1, 5-1 WMD) tied it when Lindsey hit two more free throws and the score was 42-42.

Baldwin scored five points to start the fourth quarter and went ahead 47-42 before Eastern responded. With 3:42 showing on the clock, Wing hit another big 3-point shot to tie up the game at 49-all.

Baldwin would go on to add two more points at the free throw line, but the Cardinals had three free throws of their own. Marcus Hamilton came up with a tough putback for two, and Eli Shoup drove the lane and laid the ball up for two to secure the win for the home team.

“It was a total team effort. We only have seven guys and a couple guys got in foul trouble and one kid got hurt, but everybody plays and they have a great team spirit and that was evident. We didn’t go away, kept fighting and pulled a way a little bit at the end. It was a really nice win,” said Eastern coach Mark Forner.

“We did a diamond-and-one on Camelo (Lindsey) because he is clearly their best player, and it really slowed him down. You’re not going to stop a kid that good but it slowed him down and it made him work really hard for his points.”

Eastern was led by Eli Shoup and Hamilton in rebounds, pulling down 15 and 11, respectively. Shoup also had four assists and Crawford and Hamilton had two steals apiece.

“We did the things we wanted to do right up until about half way through the second quarter and then things kind of got away from us. Give MCE credit, they started knocking down some threes,” said Baldwin coach J.J. Eads. “The biggest thing in the second half, Eli Shoup got to us, especially on the boards. We just didn’t execute like we wanted to. This is the best competition we’ve seen all year.”

The Cardinals play again at 6 p.m., Tuesday at home with Brethren.

The series between these two teams dates back to the 1928-29 school year. Even with the loss on Thursday, Baldwin still leads the series in wins, 102-63. Eastern’s last victory in the series was nearly two years ago to the date, defeating the Panthers on Jan. 14, 2020.