In December, Oceana County said farewell to three long-standing commissioners, taking with them a combined 54 years of service and experience.

Jim Brown (18 years) and Denny Powers (14 years) chose not to seek re-election. Larry Byl (20 years) was defeated in the primary election in August.

The outgoing District 5 Commissioner, Byl represented the townships of Benona, Claybanks and Golden.

“Prior to my time on the county board, I had served as a Shelby Village Council member and the village president. My father was a county commissioner and following his retirement, I decided to run for his position. I feel like I’ve been able to contribute over the years. I served on a number of boards and committees including the EDC, which is now the Oceana Economic Alliance, Michigan Works, different lake boards, the MSU Advisory Board and the county planning commission board. As a commissioner, you’re going to step on toes. Some things didn’t always work out like I’d hoped, such as a county-wide junk ordinance or the Silver Lake sewer project, but you try to do what you think is right. I was pleased to be able use my real estate background to assist the county with the purchase of the former OISD building for use as a county services building. And as finance chairman, I worked on balancing the budget, and think we’re leaving the county in good financial shape,” said Byl. “For the future I plan to continue working in the real estate and rental industry, spend more time with my grandchildren and continue to serve on some boards that help our community.”

Outgoing District 6 Commissioner Jim Brown represented all of Shelby Township with the exception of a portion of the Village of New Era (Third Street East to James Street and Ray Street South to Garfield Road).

“I was elected to replace outgoing commissioner Mike McGovern. Prior to my election, our EMS service was really struggling. My wife thought maybe I ought to do something about it rather than complain. Fortunately, over the past 18 years we’ve made a lot of progress with our EMS services. I’ve served on the WMSRDC (West Michigan Shoreline Regional Development Commission) board since the beginning. After I was elected, then chairman Larry VanSickle suggested I join the buildings and grounds committee while I got my feet wet, saying ‘Not much happens on buildings and grounds.’ Well as things turned out I stayed on that committee, and we saw a lot of action over the years. From adding a new animal shelter and extending the runways and hangars at the county airport to updating the county building and purchasing the former ISD building. What I think that I’ll miss most not being on the board, is not being the first to find out about something before it happens. I’ve retired from the funeral home as well and am looking forward to finishing up some building projects I’ve had in the works and getting back into a little farming with some family members. That’s always been my first love,” said Brown.

“I very much enjoyed my 14 years, serving six years as chair. I had been on the city council and the fire department before being elected. I didn’t want to be critical of the way other people were conducting county business and after our store (Powers Clothing) closed I needed something to occupy my time. I ran for the first time in 2005 against Joe Merten, a very good commissioner for many years. The first big thing I was involved in after I was elected was the Lake Michigan windmills. I worked hard to get that voted down. I think I’ve sat on every committee, but finance, over the years. I have been very pleased to work with the county treasurer in actively implementing the Oceana County Land Bank. The main objective is to take property where the taxes have become delinquent, clean them up and return the parcels to the tax rolls. Other highlights include joining with other counties for economic development, going from public to private service EMS and the various building and facility upgrades we’ve been able to accomplish. Even though the pandemic has been hard, I think we’re leaving the county in a really good financial position. I have no definite plans for the future, but will always look for ways to serve my church and community,” said Powers.

Byl, Brown and Powers all mentioned what an asset Dr. Robert Sobie, the current county administrator, is. “We’ve been blessed over the years with good leadership. Paul (Inglis), Sue (Johnson) and now Dr. Sobie. Hiring him was one of the best things we could have done,” said Brown.

Byl said, “I served under three different administrators. Both Paul Inglis and Sue Johnson were great to work with. And Sue is the perfect example of a local gal who started as a secretary and worked her way up. She’s proof that you can do anything you put your mind to. Dr. Sobie is a real asset to our community. His knowledge and work ethic will serve us well into the future.”

Powers echoed Brown and Byl by saying, “Our former leadership served the county well, but Dr. Sobie brings with him a level of expertise that has and will benefit us greatly. Why he ever came to Oceana County I’ll never know, but we are certainly the benefactors.”

All three outgoing board members stated they feel confident in their replacements and are willing to offer any assistance during their transition, expressing confidence in their abilities and desire to serve well.

“I’m convinced we have a good group of commissioners replacing the outgoing members, “ said Byl. “My hope is they will have a balanced approach to all departments and functions of the county government and not play favorites to the sheriff’s department because of some new members’ close relationship with the deputies and their union.”

“Just like we did, they will have to find their own way. But I have faith they will take a conservative approach. We’re hopeful they will forge ahead with the projects we started,” said Powers. 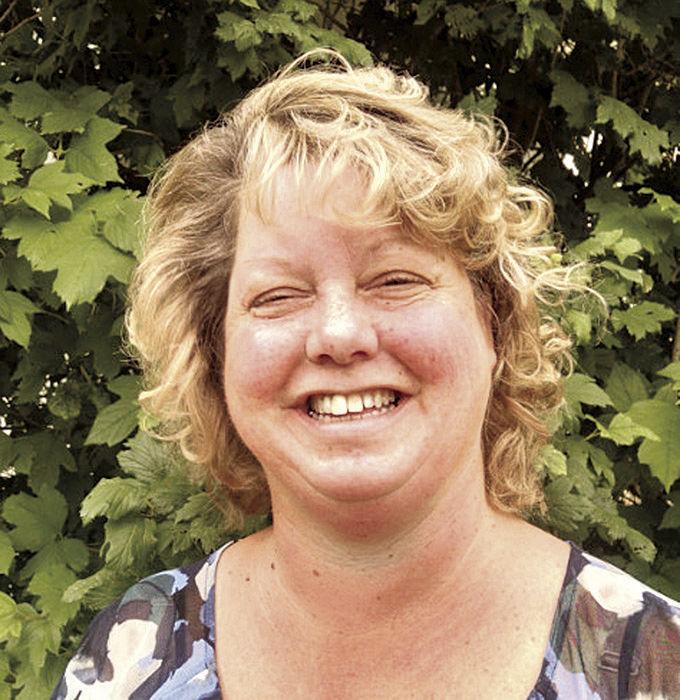 According to the MEDC’s 2019 Economic Impact of Tourism in Michigan County Analysis report, the mark reflects an increase of 2.7 percent from 2018 ($141.99 million). This generated $16.79 million in state and local tax revenue.

“With tourism as the second largest industry in Oceana County, it directly impacts our economy at every level,” said Scott Beal, executive director of the Silver Lake Sand Dunes-Hart Visitor Bureau. “It is important to understand the impact tourism has on our economy so that we can continue to retain current visitors and attract future visitors to Oceana County.”

With the five new board members seated, the Oceana County Board of Commissioners elected new board officers and made board committee assignments at its organization meeting Jan. 14

The board elected Robert “Bob” Walker of Rothbury as the new board chairman. Paul Erickson of Elbridge was elected as the vice chairman. Walker said he wanted the vice chairman to assume the gavel if he wasn’t physically present in the board and was meeting online.

Walker also made standing committee assignments. The committees include, with the chairman listed first:

Erickson to the District 10 Health Department Board with Meyette to serve as the alternate.

The Oceana County Road Commission is now a member of a multi-county agency that provides mutual aid to each other should one agency have a COVID-19 outbreak.

The West Michigan Public Works Mutual Aid Program will see agencies participate in a Mutual Aid agreement between 14 road agencies. Recently the member agencies have developed the West Michigan Road Agencies 2020 COVID-19 response plan (PLAN) to assist each other in the event that one of the members suffered a COVID-19 outbreak in one of their garages or their workforce that left them unable to provide winter maintenance.

The 2020 COVID-19 response plan prioritizes snow and ice removal for the highest volume roads throughout a region which, by way of illustration, includes MDOT freeways, expressways, business routes, M-Routes and primary county roads. Neighboring member agencies would work collaboratively to assist each other across jurisdictional boundaries by sending personnel and equipment to remove snow and ice during snow storms to ensure that the region’s main transportation arteries, the highest volume, highest speed roads, are cleared first.

It was agreed that the safety of motorists and emergency personnel who use the highest volume roads in a region be of utmost importance, and snow and ice removal on these routes would receive the highest priority. This would potentially create a delay in winter maintenance of lower volume and residential streets, and would mean residents could see another agency’s plow trucks on their streets, or see a truck from their community plowing in another area. The goal of enacting the PLAN is to seamlessly deploy resources to minimize the delay of service while clearing major routes in a region during or immediately after a snow storm.