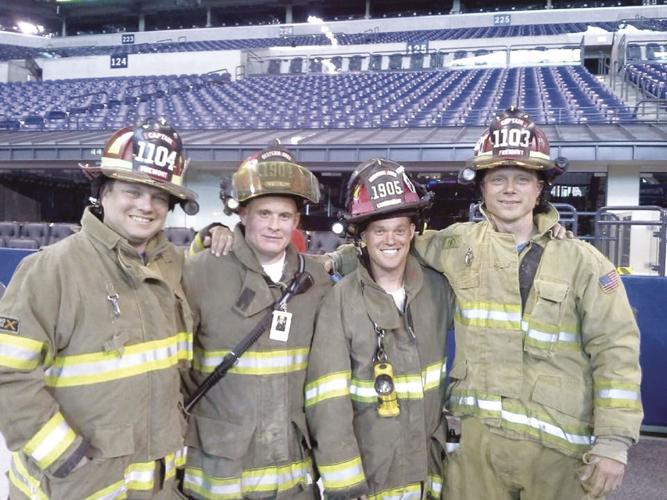 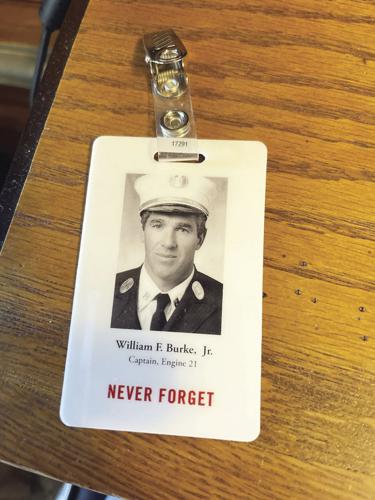 When the Twin Towers fell September 11, 2001, those of us old enough to remember know exactly where we were when we heard the news.

Many emotions followed that initial shock. As we watched in horror, hundreds of New York City rescue workers and firefighters rushed to the scene to help. In the following days, despite experiencing a deep sense of loss and helplessness, America found many ways to help and support the rescue workers and the families of those lost in the attack. It was a way to handle the grief.

“I was just a Junior Explorer Cadet when it happened but I remember feeling scared and thinking this is unbelievable and... crazy. It’s hard to explain. But I knew I wanted to make a difference,” said now Hesperia Fire Department Captain Jason Newman when asked about his reaction to that fateful day.

He was just a teenager at the time. Since then, he’s found a way to make a difference as well as keep the memory of those fallen firefighters alive. He, along with three other fellow firefighters, took part in their first ever 9/11 Memorial Stair Climb at the Lucas Oil Stadium in Indianapolis back in 2014.

Since then Newman participated in the 2015, 2016 climbs and most recently in August 2021. “The event is usually held each April, the week of the FDIC (Fire Department Instructional Conference) in Indy every year. The FDIC is an annual conference and trade show for firefighters. At the conference you get to see the best of the best gear, watch demos and meet a lot of fellow firefighters. Available that week is also week of elite training especially for firefighters. It is during that training that this memorial stair climb happens. Stair Climbs are held all over the country and are sponsored by the National Fallen Firefighters Foundation. In fact, Grand Rapids just held their annual event at the White Caps Stadium on Friday, Sept. 3. No matter where the event is held all firefighters wear their full turnout gear consisting of their jacket, boots and helmet that weighs an extra 75 pounds. Some carry hoses or wear air tanks. But everyone does the equivalent of 110 stories, representing the number of stories in the World Trade Center in New York and everyone climbs in memory of one of the 343 firefighters who lost their lives on September 11, 2001. When you complete the climb you ring a special bell that’s set-up for the occasion and call out the name of the firefighter you are climbing for. This year I climbed in memory of Captain William F. Burke, Jr. of Engine 21. You randomly select a person from the 343 badges available. Included on the badge is an email address of the fallen firefighter’s family if you want to contact them and let them know you climbed in their loved one’s memory. It’s a really moving experience,” Newman explained.

Newman was first exposed to firefighting at 14 years of age when he joined the Hesperia Fire Department as a Junior Explorer Cadet. “The program is for students from 14 to 18 years of age and allows them to get to know the inner workings of the fire department and develop some leadership skills. It’s a great program. In 2003, when I turned 18, I ended up joining the Hesperia Fire Department. From 2004 to 2007, I took some time away from fire fighting while I was figuring out my future career plans. Then in 2007 I rejoined the fire department and have been active ever since. I worked my way up to Lieutenant in 2012 where I handled all the firefighter training. Then in 2016, I was named Captain and the board decided that the firefighter training would follow me, so I still do all the training. There’s a lot of dedication involved in being a firefighter. People don’t realize. They think you just put a light on the top of your truck and it’s a good old boys club, but you sacrifice a lot of family time and special events to get the training needed and volunteer your time to rescue and protect people and their property. Being a part-time paid firefighter is different from being a career firefighter. Career firefighters specialize in one task and are experts at that one task whether it is equipment operation or rescue efforts. Part-time firefighters are volunteers who need to know a little bit about a lot of different duties. We never know what duty we are going to need to do when we get called to a fire. It really depends who is able to show up and what the emergency entails. I plan to continue serving with the Hesperia Fire Department as long as I can. I also plan to continue to take part in the stair climbs every year that I can. It’s a great event,” he said.

According to the FDIC website, the 9/11 Memorial Stair Climb is not a race but an opportunity to honor and remember the 343 FDNY members who selflessly gave their lives so that others might live. Fire service members across the United States convene in high-rise buildings to climb 110 stories as a tribute to their fallen brothers. Next year’s Stair Climb is scheduled to be held in April 2022 at the Indianapolis Convention Center and Lucas Oil Stadium in Indianapolis, Ind. Fire fighters interested in becoming involved can visit https://www.fdic.com/special-events/9-11-memorial-stair-climb to register.