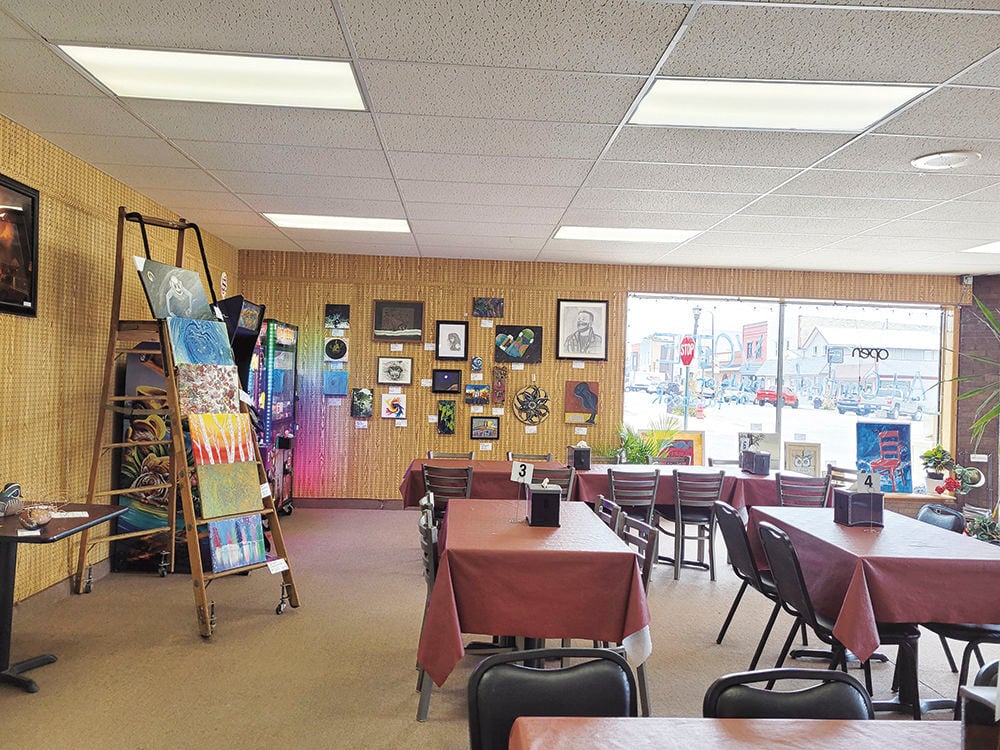 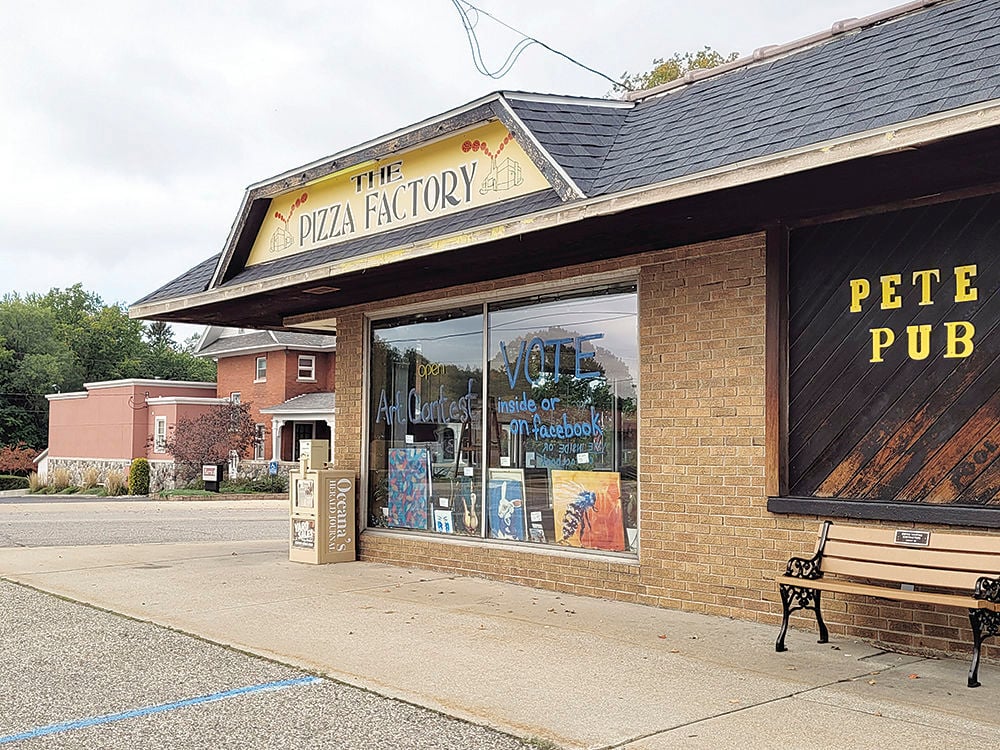 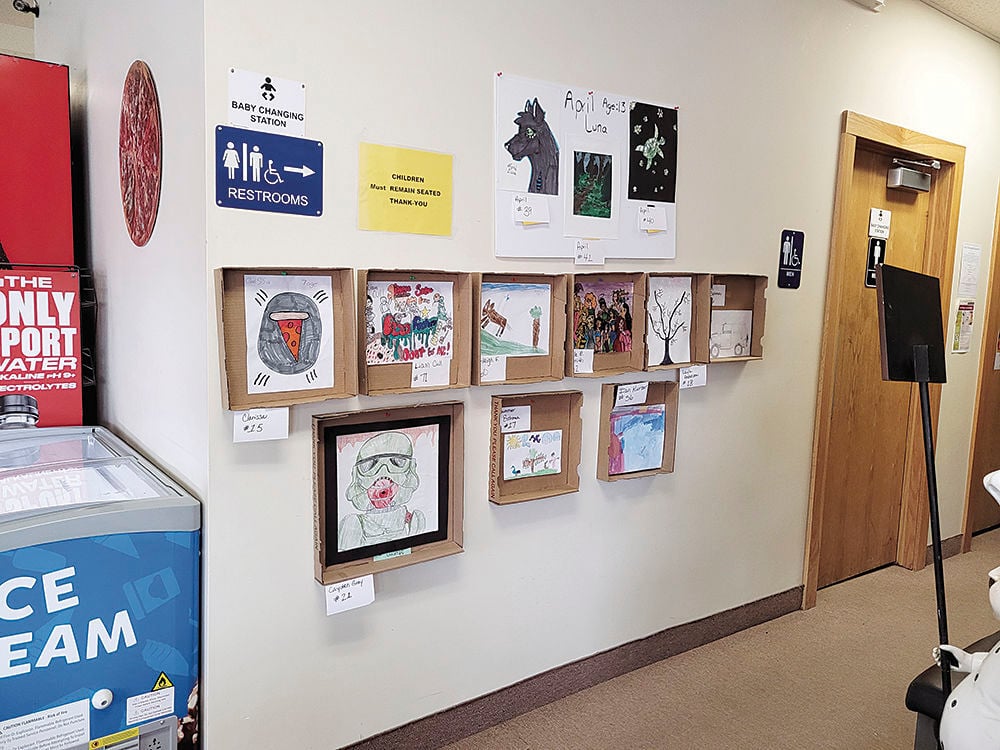 Artistic expression is alive and well in Shelby, as dozens of artists currently have their creations on display at a local, longtime favorite restaurant there.

The Pizza Factory, at 254 N. Michigan Ave., is hosting its first ever “Pizza My ‘Art” contest. Entries were accepted through Sept. 30, with voting now taking place online and at the store through the next two weeks, concluding Oct. 14.

Restaurant manager Annette Kurzer explains that she and her husband, Pete, were just sitting around talking about paintings they like, and she announced, “Maybe we should do a contest and see what kind of talent is out there!” And with that, they posted contest rules and prizes on the Pizza Factory’s Facebook page, as well as in the window and on the counter at the restaurant.

“We have had an overwhelming response in terms of art submitted,” Kurzer exclaims. “We’ve had almost 100 art entries from people of all age groups, and now people are coming in to see the art and vote. I am just very excited about this project. Of course, the idea was partly to get traffic in here, but what I really wanted was to encourage people to look at art and show it off in the window space we have here – to get the community involved with each other. I want people to feel part of the community and part of our business, to see the community come together in better ways.”

The art submitted includes a variety of artistic media. According to Kurzer, “There’s a watercolor, many paintings, some rock art, sketches, pen art, chalk drawings, a submission that is burned into wood and painted and some digital art sent in by someone who has visited here in the past.” The kids’ art was mostly done with crayons and markers, and Kurzer prepared a card for each submission with the name of the artist and a voting number.

The art is displayed in the windows, front and back, on one wall in the back, on ladders and throughout the store. Some pieces of sculpture are laid out on a table and there is a kids’ hallway where children’s work is being shown. “People come in, look all over and talk about the art,” Kurzer reports, “and I’ve seen people literally stop in the middle of the road to look at some of the pictures. The public has really taken an interest.” Just this past weekend, during Shelby’s homecoming, with the parade downtown, the store was very busy. “There were so many people in here,” Kurzer laughs. “It was just incredible to see them all taking part in this.”

Right now, she estimates there are 200-300 votes in the box at the restaurant, and that’s not counting those who are voting online. After Oct. 14, she and her staff of 12 will tally the votes to determine the prize winners.

Since the response has been so positive, Kurzer has plans for new endeavors in the coming months. “In January, I want to do a photography contest, and maybe in late spring, we’ll feature sculptures. I’ve had people ask about that as a possibility. I’d like to periodically have these things and people can see what we have in our windows.”

The Pizza Factory has been owned by Kurzer’s aunt, Pat Brown, for over 35 years, and Kurzer says she has worked there since she was 15, managing it for the last 21 years. Her aunt got sick last year with Covid and has been unable to take care of both herself and the business, so it was Kurzer’s idea to put the art contest together to increase visibility in the community and involve people in what is going on.

Coincidentally, the “Pizza My ‘Art” contest has been taking place almost simultaneously with ArtPrize in Grand Rapids, though it was not specifically planned that way. The local event has served as Shelby’s own community-based art contest and, given the positive reception, hopefully, The Pizza Factory will host similar events in the future.